Opinion 2/13 and the ‘elephant in the room’: A response to Daniel Halberstam

Daniel Halberstam’s challenging paper is one of the first to provide a more sympathetic interpretation of the European Court’s Opinion 2/13. Halberstam’s paper is full of detail, a close-knit and sophisticated investigation of the rather technical and recondite Court Opinion. I do not agree with everything he writes, and I cannot in this short post do justice to the complexity of Halberstam’s article. Instead, I will focus on a couple of issues.

By the very title of his paper, Halberstam signals a central concern of the Court’s Opinion – autonomy. Indeed, the word ‘autonomy’ is used 17 times in the Opinion, including in a section entitled, ‘The specific characteristics and the autonomy of EU law’.

Autonomy is clearly a significant concept in EU law – but how should we understand it? How does the CJEU interpret it? This proves to be somewhat elusive. In spite of its apparent importance, the Court has only infrequently in its past caselaw explicitly mentioned the concept of autonomy – in around 10 cases by my reckoning. Of course, we can trace its earliest uses back to 1964 and the Costa v ENEL case, the French language version of which describes the EEC treaty as ‘une source autonome,’ (the word is not used in the English version). In Costa, the Court used the concept of autonomy to argue for the primacy of EU law over national law, stressing also the EU as ‘an independent source of law’, which did not derive from national law. However, it went to no great lengths to define what it meant by autonomy. Beyond this, in the external field, the CJEU has used autonomy to define the EU’s relationship with international law. In Opinion 1/91, on the first EEA agreement, the Court proclaimed the constitutional character of the EU, asserting that this constitutional nature distinguished it from international law. What is notable in both cases is that the CJEU’s language is declaratory – the autonomy of EU law is announced and proclaimed rather than derived from detailed textual sources. Autonomy is certainly not mentioned in the treaties as an attribute of EU law, nor indeed as an EU value. One might wonder about the aptness and pertinence of such a focus on autonomy in the context of accession to a human rights convention, particularly in the contemporary legal order, in which domestic and international law are often entangled, formal hierarchies are hard to locate, and a ‘constitutional pluralism’ of orders within Europe might seem to require dialogue rather than an insistence on autonomy. Autonomy and primacy are not the only constitutional principles of great weight. Human rights protection is a crucial component of the constitutional order and ECHR membership requires compliance with ECtHR judgements, even at the expense of autonomy and sovereignty.

Yet, as Halberstam comments, ‘the [CJEU] is concerned with fundamental rights only as part of that [ie EU] order. This means solicitude for international human rights agreements comes with a caveat. The Court will show solicitude for international human rights agreements only in so far as these international agreements do not undermine the legal and . . . constitutional architecture of the European Union.’ This is indeed the attitude of the Court, and it is quite extraordinary. Surely a commitment to human rights is of little value if it cannot apply even in those cases in which the enforcement of a right may undermine the participant state’s constitutional architecture? The issue of prisoners’ votes in the UK has proved controversial, partly because the decision of the ECtHR in Hirst v UK collides with the UK constitutional principle of Parliamentary sovereignty, given that primary legislation disenfranchises sentenced prisoners in the UK. Judgements of the Strasbourg Court have already, for example, impacted the UK constitutional order in the following ways: separation of powers, namely removal of the Home Secretary’s sentencing powers (T & V v UK (1999)); rule of law, namely removal of oppressive contempt laws that prevented the press from exposing wrongdoing (Sunday Times v UK (1979); right to a fair trial, namely restriction on power to detain for long periods without trial (Brogan v UK (1988)). Would ECHR membership under the terms of the draft Accession Agreement compromise the autonomy of the EU system any more than the autonomy of the ECHR’s state contracting parties is presently compromised? This seems unlikely, in which case it is unclear why the EU should expect membership on different terms.

The CJEU’s insistence on autonomy has an air of a claim to sovereignty, more traditionally associated with Westphalian concepts of the state, and out of keeping with the CJEU’s insistence in Opinion 2/13 that the EU is not a state. Indeed, the Opinion is open to the criticism that it can be read as the expression of a fear that the CJEU could be displaced from its constitutional position as apex court of the EU.[1] If such readings seem plausible, their irony should not be lost on us. In January 2015, the UK Lord Chancellor and Minister of Justice, Christopher Grayling, was asked by the House of Commons European Scrutiny Committee for his understanding of Opinion 2/13. His response was that the judgement came down to:

Although Halberstam notes that state governments may be suspicious of the CJEU he adds that, ‘When the Member States see the Strasbourg court, by contrast, they see a far more respectful court . . .’ But this has not always been the perception in the UK, and current conservative party proposals plan a UK exit from the ECHR, should an accommodation not be reached to allow the UK to disregard certain judgements against it by Strasbourg. In this context, Opinion 2/13 sends an unfortunate message and could encourage some states, such as the UK (but not only, consider also Russia) to assert their own autonomy more aggressively against the ECtHR.

I will comment on one further aspect of Halberstam’s paper – the issue of mutual trust. In Opinion 2/13, the CJEU was concerned that the principle of mutual trust, highly relevant in the context of the EU´s Area of Freedom, Security, and Justice (AFSJ), could be undermined. Much EU legal co-operation within the AFSJ such as, for example, execution of European Arrest Warrants, is based on a presumption of human rights compliance throughout the EU. In contrast, the ECHR would require each State to check that other Member States had actually observed human rights. The accession agreement contains no provision to prevent such a development. In these circumstances, the Court of Justice believed that accession was liable to upset the underlying balance of the EU and undermine the autonomy of EU law. As Halberstam acknowledges ‘there is a great deal to this problem’ although he qualifies it by stating that this is ‘not necessarily in the way the CJEU sees it.’

Clearly, not all EU member states provide comprehensive protection of human rights. A considerable number of them continue to violate even core human rights such as Article 3 ECHR, the prohibition on torture. In these circumstances, AFSJ measures are liable to be contested in Strasbourg, and this was clearly a factor contributing to the CJEU’s negative finding in Opinion 2/13. As Halberstam acknowledges, the CJEU allows exceptions to mutual trust only in ‘exceptional circumstances’. Given that AFSJ measures are liable to be controversial and raise human rights issues, an insistence on a presumption of mutual trust appears somewhat injudicious, and could look as if the CJEU were attempting to extract a contentious issue from the Strasbourg Court’s jurisdiction.

If we look to Article 2 TEU, we see that the values of the EU include human rights and the rule of law. Article 2 does not mention the autonomy of EU law, nor its primacy, nor the principle of mutual trust. On the other hand, Article 67(1) TFEU declares that the EU must ‘constitute an area of freedom, security and justice with respect for fundamental rights.’ Yet it is the autonomy of EU law and the presumption of mutual trust on which the CJEU prefers to focus, omitting any mention of Article 67(1) TFEU from Opinion 2/13. While this is the case, the Strasbourg Court has an important role to play in underlining that the EU principle of mutual recognition, although a lynchpin of European integration, must not threaten fundamental rights and subvert the very values of the EU.

Halberstam makes some quite complex arguments regarding the nature of mutual trust. However, I do not find completely satisfactory his contention that EU accession to the ECHR would solve the mutual trust problem. At present, the CJEU insists that accession cannot have any impact on member states’ mutual trust obligations. This is clearly not a human rights friendly solution, as such an exemption could result in many potential human rights violations going unremedied. Halberstam is at variance with the Court here, however, believing such a mutual trust exemption unnecessary, and the Court misguided to demand one, because following EU accession, even if a member state breached its Convention rights by complying with mutual trust, there could be an eventual remedy against the EU itself, rather than a state, in Strasbourg. But nor is this a human rights optimum solution – it still risks transfers of individuals to states that breach their human rights. Nor is it compliant with the rule of law, for it subjects member states to two conflicting obligations – one of mutual trust under EU law, and one of human rights protection under Strasbourg law (which indeed is the situation that can operate at present, absent EU accession). Should not the human rights obligation clearly prevail? The mutual trust issue proves somewhat intractable and goes to the broader issue of the EU’s existential character.

In its focus on mutual trust, the CJEU appears, as Halberstam himself states, ‘to be pushing the analogy to a traditional federal state too hard.’ Indeed, Halberstam rightly states, ‘for any Union to endure, mutual trust must be based in social reality not judicial fiat.’ There are broader normative and legitimacy issues that come into play here. Even although there have been many democratic and institutional developments since the original treaty of Rome, the Union still lacks the bonds and ties that provide a cohesive identity and make a reality of mutual trust. If the Court is to place so much weight on concepts such as autonomy and mutual trust, it must do a better job of explaining what they mean in EU law, and why they are appropriate, pertinent and viable within a legal order that is not a state but also distinct from international law. It must also do a better job of justifying their asserted significance, given that Opinion 2/13 appears to require their protection at the expense of other salient values, namely human rights, or the rule of law, which, unlike autonomy and mutual respect, are expressly mentioned in the headline statement of values in the EU’s own treaties.

Therefore, in conclusion, although I believe Halberstam is right to highlight the CJEU’s focus on autonomy, in so doing so we are missing something far more important. Human rights are here the elephant in the room. Accession to a human rights treaty should not be primarily about the autonomy of the EU legal order. It should be primarily about how best to protect human rights. As President Dean Spielmann recently stated in the annual report of the ECtHR:

‘Let us not forget, however, that the principal victims will be those citizens whom this opinion (no. 2/13) deprives of the right to have acts of the European Union subjected to the same external scrutiny as regards respect for human rights as that which applies to each member State.’[3] 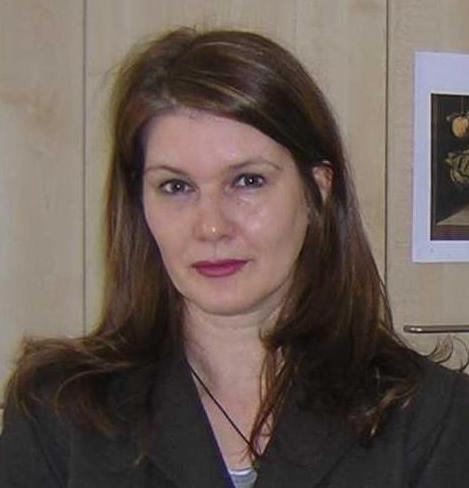 Sionaidh Douglas-Scott Sionaidh Douglas-Scott holds the Anniversary Chair in Law at Queen Mary University of London. She was a Legal Advisor for the Scottish Parliament External Affairs Committee, Brexit inquiries 2015-2017.
Other posts about this region:
Europa 1 comment Join the discussion
Go to Top