Last week, the Brazilian Federal Supreme Court ruled that mandatory vaccination is constitutional and that states and municipalities may implement vaccination plans if the federal government does not do so. Deciding on five cases altogether, the court strengthened Brazilian federalism in the face of a federal government that remains largely inactive in addressing the COVID-19 pandemic.

Competing Approaches to COVID-19 in Brazil

In a previous piece, it was argued that the harm caused by President Bolsonaro’s anti-scientific approach to COVID-19 was mitigated by the Brazilian federal structure. The conduct of the president caused, however, extensive damage – at the time of submission of this text, more than 185.000 Brazilians have died due to COVID-19. Yet Brazil faces further difficulties in developing a nationwide vaccination plan, once again, due to the (in)action of the federal government.

In this context, regional and local governments began to take independent measures aimed at mitigating the damages caused by the omissions and the anti-scientific approach adopted by the federal government. Some states and municipalities developed their own vaccination plans and started to import and produce vaccines. The government of São Paulo, headed by João Doria, for instance, imported vaccines from China and started domestic production. Due to the inaction of the federal government, a series of states and municipalities signed agreements with the governor of São Paulo to buy the vaccines that are being produced by his state. Finally, other governors and mayors launched their own vaccination programmes. Among those is Flávio Dino, governor of Maranhão, who has most recently filed a case at the Federal Supreme Court to examine the constitutionality of the measure.

Federal authorities, in response, drafted a 16 month vaccination plan. It was only made public after a national outcry to the government’s lack of planning for inoculation of the Brazilian population, while countries such as the United Kingdom and the United States have already started vaccinating their nationals. Nonetheless, the federal government has neither concluded an agreement with any of the major vaccine producers nor acquired stocks of vaccines and syringes (as did the state of São Paulo). Moreover, the president, day after day, continues to issue personal statements raising doubts about the importance and safety of vaccines.

In response to this situation, political parties, class institutions and a state filed several claims before the Federal Supreme Court aimed at clarifying the conditions for regional and local governments to deploy and enforce vaccination programmes.

Taking the Matter to the Federal Supreme Court

In December 2020, the Supreme Court decided on five constitutional claims regarding vaccination.

The first two actions in abstract constitutional review were decided by the court en banc (ADI 6.586 and 6.587). They were filed respectively by the left-wing Democratic Labour Party (PDT) and the right-wing Brazilian Labour Party (PTB) (not to be confused with the Labour Party – PT). The former requested that the Supreme Court recognise the power of states and municipalities to promote the compulsory vaccination of their populations. The latter requested that the Court strike down compulsory vaccination as unconstitutional.

The majority of the court – with the exception of the newcomer nominated by Bolsonaro, Justice Nunes Marques – followed the opinion of the rapporteur, Justice Ricardo Lewandowski. In his opinion, Justice Lewandowski established that there should be a difference between compulsory or obligatory and enforced vaccination. No one should be forcefully vaccinated. However, indirect measures restricting the exercise of certain activities or access to certain places could be imposed on citizens who refuse to be vaccinated. He also ruled that these restrictive measures should be implemented respecting fundamental rights and be based on scientific evidence and strategic analysis promoted by public officials, along with other criteria of reasonableness and proportionality. Finally, Justice Lewandowski stated that such measures, and the respective limitations of rights, could be implemented not only by the federal government, but also by the governments of states, municipalities and the federal district.

The other two constitutional actions (ADPF 770 and ACO 3.451), which were object of a provisional ruling by Justice Lewandowski, were filed respectively by the Brazilian Bar Association and Flávio Dino, governor of Maranhão. Flávio Dino requested an authorisation for his state to develop and enforce a vaccination plan within its territory. The Bar Association requested a declaration from the court that states are authorised to use vaccines that have been approved by renowned foreign regulatory agencies to be used in Brazil if the Brazilian agency delays its assessment of the efficacy and safety of the vaccines.

The claim filed by the Bar Association was broader than that filed by the governor of Maranhão, which only sought remedies focused on the territory of that state. Justice Lewandowski decided these claims separately, but granted the same remedy for both of them, each in its own territorial scope. The provisional decision states that if the federal government is unable to execute its national vaccination plan, regional and local governments may use the vaccines they had previously acquired. Moreover, if the agency responsible for authorising the use of vaccines in Brazil does not comply with its responsibilities within a reasonable time frame, they may use their vaccines regardless of federal authorisation, given that they have been approved by renowned foreign regulatory agencies.

Finally, a constitutional appeal (RE 1.267.879) required the Federal Supreme Court to review a ruling of the São Paulo State Court of Appeals. In that case, the court established that vegan parents can be mandated to vaccinate their children regardless of their philosophical convictions. The parents argued that compulsory vaccination violates their constitutionally guaranteed right to freedom of consciousness. The opinion of the rapporteur, Justice Barroso, was unanimously followed by his peers. He established that the constitutional rights to the health of the child along with considerations of public health outweighed the constitutional right to freedom of consciousness of the parents.

Mandatory Vaccination and the Advancement of Brazilian Federalism

It is possible to argue that Brazilian federalism, in the face of the COVID-19 crisis, is undergoing a process of reinforcement. Decisions of the Federal Supreme Court at the start of the pandemic allowed states and municipalities to have priority in the implementation of measures like social distancing, quarantine and suspension of public activities. It unequivocally granted more power to governors and mayors on health-related public policies. It is possible to see yet another advancement in that trend through past week’s decisions. The decisions confirm that the Federal Supreme Court is maintaining a posture of preference to the claims of states and municipalities against those of the federal government.

On the one hand, the court opposed the president when it ruled on the obligatoriness of the vaccination. Justice Lewandowski’s opinion was able to recognise the compulsory character of the vaccination without creating serious harm for individual integrity. Instead of enforced vaccines, individuals will face other restrictions in their rights if they do not comply with a vaccination mandate. Moreover, the decision granted the possibility of individual states and municipalities to effectively inoculate their citizens regardless of a national vaccination plan, thus mitigating their dependence on the federal government.

On the other hand, the other provisional rulings of Justice Lewandowski directly allowed states, municipalities and the federal district to elaborate and launch their vaccination plans, if the national plan of vaccination is not properly fulfilled or if the federal agency responsible for authorising the use of vaccines does not do so within reasonable time. Additionally, the decision allowed local governments to use vaccines that had been approved by foreign regulatory agencies. Therefore, Lewandowski’s provisional decision mitigated even further the reliance of local authorities in the federal government, to an extreme point where, in practice, these authorities may start their vaccination plans regardless of authorisation of the federal agency.

In his opinions, Justice Lewandowski argued that health policies shall follow the concept of cooperative or integrative federalism enshrined in the 1988 Constitution. The rulings further advance the resurgence of Brazilian federalism. The Federal Supreme Court assured that different entities of the federation ought to support each other ‘leaving aside eventual divergencies of partisan ideology among their respective governments’ and allowed for regional and local entities to actively participate in the fight against the pandemic. The court paved the way for regional and local governments to be the protagonists in the response to the current crisis and to subvert the executive underreach and centralist approach of Bolsonaro’s government.

Equality and the Federal Supreme Court

The Federal Supreme Court guaranteed the means for nationwide policies of vaccination in case the federal government remains inactive or slow in its response to the pandemic. The only caveat here is that the court continues to sustain a kind of superiority of its members towards the rest of the population. At the same time it guaranteed the vaccination, the court asked a foundation that produces the vaccines to reserve of doses for its 7.000 judges and public servants – an act blatantly contrary to the 1988 Constitution equality norms. 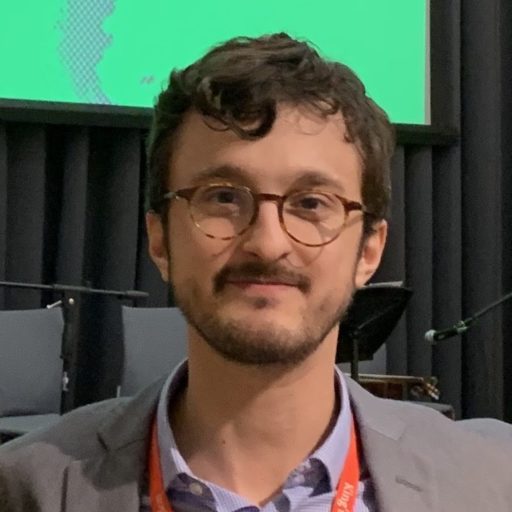 Felipe Tirado Felipe Tirado is a Visiting Lecturer of Jurisprudence and an MPhil/PhD Candidate at King's College London.