The Case of Migration to Belgium

Institutional Racism (IR) was first coined as a notion in the mid-twentieth century to describe the discrimination suffered by Afro-Americans living in the US. Distinct from individual racism, the concept referred to a system of exclusion targeting the black community in the everyday functioning of established institutions in society. Since then, IR has gained popularity mainly within North-American and British academia, but also across wider society as a tool for political struggles – such as the Civil Rights movements in the US and anti-racist mobilizations more broadly.

Yet, until the brutal killing of African-American George Floyd by a white policeman brought structural racist discrimination back into the global spotlight, IR had become a dormant concept. Because of key theoretical ambiguities and global transformations, such as decolonization or the expansion of liberal democracies, IR came to be only rarely mentioned in analyses of race-based inequality. Within liberal democratic systems, the state apparatus can no longer be seen as engaging explicitly in any form of racist discrimination. As a consequence, debates on structural racism were somehow ejected from public discourses and policies.

Nonetheless, racist discrimination remains very much structural in most of the prosperous world. Increasingly since the 9/11 terrorist attacks in New York and the consequent further securitization of migration, Muslims and other racialized groups – predominantly migrants – have been experiencing systematic discrimination in the so-called “Western world”. As a consequence, it remains pivotal to investigate the operation of IR for deconstructing how racist exclusion functions, is maintained and accentuated.

Responding to such concerns, we offer a view on contemporary IR that intercepts current changes in the structural (re)production of racist discrimination (for more developments, see our published article). In particular, we focus on non-EU migrants in Belgium, as they constitute an extremely relevant case to illustrate how institutions of a liberal, democratic European state have transformed and adapted the ways they operate discrimination along racist lines.

Over the past decades, immigration in Europe came to be portrayed and treated by politics and the media as a major security issue, so that a variety of security-centred measures were designed and implemented to regulate and control migrants’ lives. Our key argument is that, nowadays, the systemic discrimination of racialized groups of migrants operates within the increasing securitization of migration.

With liminal legal spaces expanding on several domains of non-EU migrants’ lives in Europe, specific populations of third country nationals came to face greater discriminatory treatment. However, rules and procedures are adopted in the name of security and the protection of public and/or social order against so-called “irregular migration”. Racial discrimination is thus indirect as it operates within (and behind) security-centred political discourses and policies concerned with migration.

How does security-vested IR operate concretely?

To discuss how IR operates within securitized migration policies, we draw on data gathered for the interdisciplinary project Personal Aspirations and Processes of Adaptation: How the Legal framework Impacts on Migrants’ Agency (LIMA) which combines insights from demography, law, and sociology, to study how Belgian and European legal frameworks influence third-country nationals’ migration, family and professional trajectories, aspirations and plans.

After decades of policies to attract migration to Belgium through the so-called guest-worker programmes and a general laissez faire attitude with respect to migrants’ illegal entries, stays and employment in the country, since 9/11 immigration has been increasingly regulated as a security issue. Accordingly, successive Belgian governments have introduced new pieces of legislation to control and limit foreigners’ access and presence on the national territory.

In particular, immigration is viewed as a multi-dimensional threat: a threat to public order and national security (see the largely unchallenged expulsion of third-country nationals convicted of criminal offence), to the prevailing socio-economic order (family reunification is increasingly subject to income-related conditions), to the culture of the majority (integration requirements have been made mandatory in an increasing number of European States) and more recently immigrants have been portrayed as a threat to the sanitary order (as a result of Covid-19, international travels have been severely restricted with consequences on family reunification).

Each time, norms are adopted to restrict the rights of immigrants and to increase the (discretionary) powers that can be exercised on them. As a consequence of successive reforms, legal frameworks concerned with migration have become more restrictive and selective, but also increasingly complex. Public servants have to implement rules and procedures that are often unclear or imprecise and at times even contradictory. As a result of these (deliberately) vague rules, their discretionary powers have increased to the detriment of legal security and the protection of the migrants’ fundamental rights. Examples of newly restrictive and security-centred policies can be found with respect to a variety of aspects of migrants’ lives.

For instance, since the federal legislation of 24 February 2017, whose aim is to “reinforce the protection of public order and national security”, situations where the administration can withdraw the residence permit of third country nationals on the grounds of public order and national security have been extended. Since then, whoever is considered a threat to security and public order may be subject to a removal order. A “threat” (not otherwise defined) is sufficient, since a criminal sentence is no longer needed. This measure also applies to non-nationals who have been in Belgium since their childhood, as well as to foreigners born in Belgium. In so doing, Belgium is challenging the application of key criminal law principles such as the prohibition of double punishment (since removal comes in addition to usual criminal sanctions) and legal certainty. Therefore, protections against removal on the ‚grounds of public order‘ continue to decrease.

Another example which embodies the tension between (securitized) policy objectives and the protection of migrants’ fundamental rights is the detention of minors with their families while awaiting deportation. Such a measure, which was revoked in 2008 after Belgium was condemned by the European Court for Human Rights (Mubilanzila Mayeka and Kaniki Mitunga v. Belgium), was reintroduced in 2018 through a Royal decree. It was again deemed illegal in 2019 by the Council of State – Belgium’s supreme administrative court. This legal-political battle illustrates that in the name of effective return procedures, procedural safeguards are increasingly challenged (see also the recent proposal from the European Commission on a recast of the Return Directive).

These are just two examples of how recently introduced policies conflict with other normative obligations. In the context of immigration, otherwise applicable legal principles such as the rule of law, legal certainty, equality before the law and judicial independence are increasingly contested. The underlying “migration crisis” context, which is seen as a threat to the current social order and which is sustained by anti-migrant politicians, is used to justify and legitimate these measures. Moreover, exceptions to human rights provisions, including public order or public health, are interpreted broadly. As a consequence, fundamental rights and procedural safeguards are under stress.

Looking at family reunification, laws introduced in recent years de facto favour educated, white and wealthy families. Non-EU nationals living in the country and wanting to reunify with their relatives abroad must demonstrate sufficient and stable means of subsistence for the whole family. In addition to these socio-economic criteria, adequate housing (not however defined) is required to accommodate the whole family. Such restrictions, which are in place in other countries as well, make access to family reunion increasingly difficult for migrants in lower-paid jobs. The exercise of the right to family reunification – although defined as a fundamental right – is thus dependent on the social class one belongs to. Yet, for many migrants, social class also depends on their nationality. Socio-economic criteria are now used as a selection and exclusion mechanism, which have a larger impact on migrants from Turkey and Morocco, for instance.

More generally, foreigners’ right to the protection of their family life is somehow subordinated to a general atmosphere of suspicion, as illustrated by the fight against marriages of convenience, which have gained greater political scrutiny in recent years. In this case, again, the overwhelming (racist) suspicion of state authorities collide with the right to fulfil personal family or conjugal aspirations.

Besides the proliferation of exceptional normative frameworks hindering migrants’ equal protection before the law, foreigners may also experience racism throughout the administrative process of settling in. In practice, access to rights relies on the decision of street-level bureaucrats whose interventions have profound impact on foreigners’ public and private lives. At the level of public administrations, contemporary IR operates when bureaucrats’ day to day decisions (re)produce dis-/advantage based on racist discriminatory categorizations and hierarchizations.

Importantly, discrimination also occurs in the day-to-day work of public administration officials. This is confirmed by interviews we conducted with migrants of different nationalities and skin colours in our study, to offer a bottom-up view on the operation of current (and security-vested) IR. Interviewees have had very diverse experiences of the same administrative procedures.

One example which often came up concerns the registration of a legal cohabitation between a non-EU and an EU citizen. This is an apparently non-discriminatory administrative procedure. Yet, as attested to by our interviewees, skin colour determined the severity of the controls, as minimum requirements were requested for whites – e.g., the proof of previous shared residence – and extended requirements for non-whites applicants – e.g., travel tickets, holiday bookings, pictures or private email conversations, etc.

Further, discrimination can occur with respect to the residency check performed by local police, when foreigners register in a Belgian municipality. The experience of many participants in our study clearly showed a disparity of treatment for foreigners of same legal status but different skin colour and/or nationality.

Within liberal democratic orders, checks and balances are introduced to avoid discrimination. Concurrently, due to the prominence of anti-racist discourses and policies, race-based discrimination had to go invisible. Today, public officers’ racist considerations and bias can only be unspoken, so that specific migrant populations are racialised by activating non-race related categories. As we have shown, security-centred concerns related to migration – which have grown exponentially since 9/11 to target especially, but not exclusively, Muslim populations – somehow allow to hide the everyday operation of structural racist discrimination.

Through a focus on the everyday manifestations of IR in Belgium, we discussed a number of cases when exceptional rules concerning migration produce liminal (il)legal spaces, where racist decision-making can take place within the justice system. Similarly, in concentrating on a series of bureaucratic procedures, we provided insights on how public administrators can discriminate non-white foreigners (trying to) settle down in the country.

As it operates somehow invisibly within the securitization of migration, current IR is to be detected also, if not mainly, in the experiences of those who are systematically discriminated against by institutions – that is, racialized migrants. After all, and as admitted very recently by the Belgian king when apologizing for the country’s colonial past – amid major anti-racism protests in the country – “discrimination […] still [remains all] too present” in Belgian society. 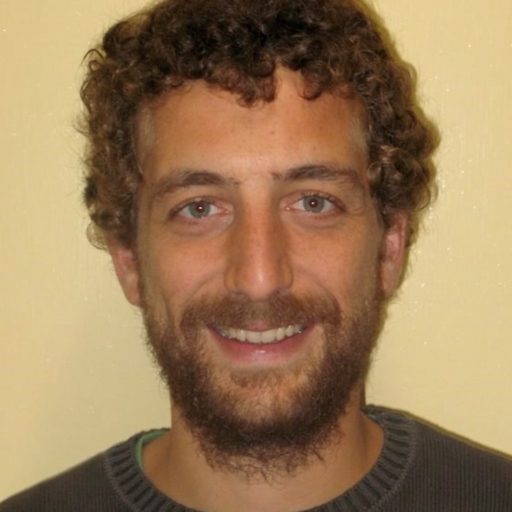 Giacomo Orsini Giacomo Orsini is a postdoctoral researcher of the Centre for the Social Study of Migration and Refugees of Ghent University, and a maître de conferences of the Université Libre de Bruxelles. 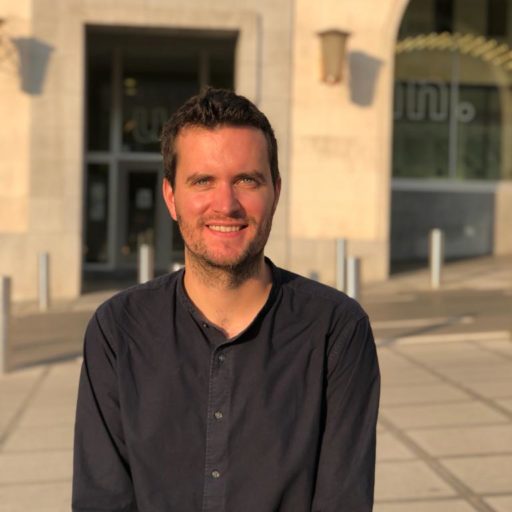 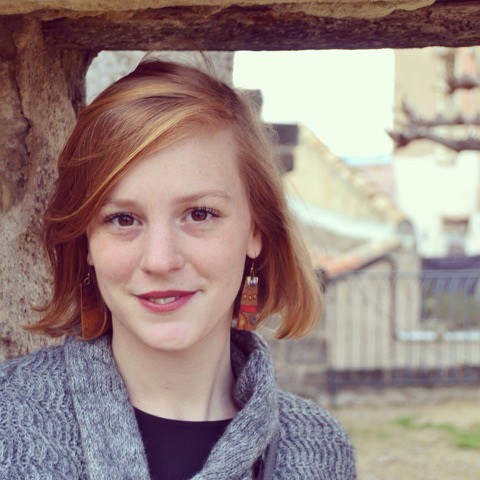 Sarah Smit Sarah Smit is a PhD candidate at the Interdisciplinary Research Center on Families and Sexualities at the Catholic University of Louvain and a Research Fellow at the National Funds for Scientific Research in Belgium.

Laura Merla Laura Merla is Professor of sociology at the University of Louvain, Belgium. Her main research areas include family sociology, migration, care, and social policies.

Other posts about this region:
Belgien No Comments Join the discussion