On 31 August 2019, a citizenship enumeration process in India’s eastern state of Assam excluded 1.9 million residents from the National Register of Citizens (NRC). The excluded – among them many who have lived in Assam for generations – were now officially liable to prove their citizenship in the country’s Foreigners Tribunals. They joined an approximate 500,000 others, who have been classified as suspected foreigners through other processes. Besides their tremendous scale, what is striking about these processes is the mode through which they have weakened citizenship.

The central feature of these processes is the appeal to national security. Irregularization in India resulted from historical anxieties around mass immigration from Bangladesh. These anxieties heightened during the 1980s and 1990s, and eventually coalesced into the growing national and international discourse around terrorism in the early 2000s. While India’s immigration law was initially the site of debate and conflict, these dynamics also resulted in securitizing Indian citizenship. This not only undermined the country’s inclusive citizenship regime, but also justified the creation of insidious legal procedures that have introduced severe citizenship insecurity among millions of Indians.

The imperative of national security is the hallmark of India’s immigration regime. The Foreigners Act 1946, which is the principal legislation in the field, was a colonial law meant to give the government carte blanche to deal with enemy aliens in its territory. The law gives complete authority to the government to prohibit, regulate or restrict any foreigner in the country. The government can constitute Foreigners Tribunals to give their opinions about the status of persons. But the law does not bind these tribunals, or for that matter the government, with any legal standards. The Executive also has a free reign in detaining foreigners, and hence criminalizing immigration without adequate due process protection. This has constituted a permissive, punitive, and an ad hoc immigration system, which is based on executive fiat.

The Foreigners Act also clubs all non-citizens in the same bundle of foreigners, and does not recognize or differentiate between vulnerable groups like refugees, asylum seekers, and the stateless. This has undercut the possibility of a uniform rights-based legislative approach towards immigrants. Instead, the government has instrumentalized immigration policy by adopting divergent attitudes to different groups through executive orders and ad hoc measures. For instance, a government order in 2015 exempted non-Muslim immigrants from Pakistan and Bangladesh from the Foreigners Act, despite this being in tension with the Indian Constitution’s secular ideals.

The immigration regime became securitized in the wake of the country’s Partition on religious lines in 1947. In 1950, the Indian Parliament enacted the Immigrants (Expulsion from Assam) Act that gave the government complete authority to “remove” any foreigner that it deemed to be “detrimental to the interests of the general public.” The advocates in favour of the legislation argued that this exceptional remedy was needed to address the national security concerns raised by the “treasonous activity” of Muslim immigration from East Pakistan.

These anxieties around Muslim immigration have since remained perennial. The most dramatic example has been Assam, where local Assamese-speaking communities started politically mobilizing in the 1980s, against the perceived threat of demographic change due to Bengali immigration. The Indian state came to an understanding with the groups in 1985, according to which long-term immigrants would be naturalized, and the others identified and deported. But this did not settle the matter. While the existence and rate of Bengali immigration remained controversial in the absence of rigorous data, there was a widespread perception of unregulated immigration continuing among many sections of the state. What further complicated the matter was the historical presence of millions of Bengali Muslims and Hindus, who had been part of the state’s social fabric for decades if not centuries. Many political elements saw their presence as the reflection of the unresolved question of foreigners in the state.

The main target of the disgruntled groups was the Illegal Migrants (Determination by Tribunals) Act 1983, which provided a range of protections to Assam’s residents from unfair targeting and harassment on the suspicion of being foreigners. The critics saw in these due process protections an attempt to safeguard illegal immigrants. In 2005, the Indian Supreme Court in the Sonowal case accepted this criticism and struck down the 1983 Act. It extended the Foreigners Tribunal process under the Foreigners Act – which was permissive and bereft of any due process safeguards – to decide the status of suspected foreigners in the state. The Court shifted the burden of proof on the citizen rather than the state. It justified this on the ground – unprecedented in judicial discourse – that illegal immigration posed a serious threat to the country’s national security. Illegal immigration, according to the Court, was foreign “infiltration” based on “international Islamic fundamentalism”, which sought to carve out Assam from India. It was a form of international aggression, which demanding more exceptional measures, even if they came at the cost of due process.

By the 1990s, the conversation about illegal immigration had reached a state of moral panic beyond Assam. The Indian state started to rely on national security to legislate substantive and procedural changes in the country’s citizenship regime. In 1986 and 2003, India eroded its inclusive jus soli citizenship, by disqualifying persons born in India if they had even one parent deemed to be an “illegal migrant”. Since the determination of foreigner status was to be conducted under the immigration regime, the law incorporated the exceptionalist logic in the very heart of citizenship. This posed a serious threat to the security of status, most of all for children born in India who could now face threat of statelessness.

National security also emerged as the justification for introducing documentary regimes of citizenship, most notably the NRC. India introduced the mandate of compulsory citizenship enumeration through government orders, simultaneously with the legislative changes dismantling jus soli in 2003. The rationale for the NRC is best reflected in the parliamentary debates in 2005 on the Supreme Court’s Sonowal judgment. During one debate, the opposition leader from the Bhartiya Janata Party (BJP) – the party that eventually came to power in 2014 and piloted the NRC – framed illegal immigration and global terrorism together as the “creeping threat” to India’s internal security. This framing was not contested in Parliament. Introducing documentary procedures in the citizenship regime was the strategy to address this problem. As one member argued, India had “wasted” time “in trying to detect the foreigners.” His suggestion was to “look the other way around,” by identifying “genuine Indians first.” “Give them a National Citizenship Identity Card,” insisted the member. “Leaving aside” those with identity cards and work permits, the member continued, “the rest of the population should automatically be deported.” The documentary regime of the NRC was thus meant to sift the citizen from the foreigners in service of national security.

The NRC remained unimplemented for a decade, until the Indian Supreme Court in 2014 initiated it in Assam. The Court again relied on the security threat posed by immigration, to subject millions of the state’s residents to unreasonably demanding evidentiary standards. By the time the process concluded in 2019, India had spent close to $165 million on the policy, desperation had driven scores to commit suicide, and 1.9 million people were staring at an uncertain future. The Indian government has subsequently proposed to extend the policy to the whole country. This proposal was greeted by protests led mostly by Muslims, who saw in it a grave threat to their citizenship status.

Documentary regimes like the NRC and the Foreigners Tribunals have produced three kinds of citizenship insecurities. The first is faced by those who are directly subjected to them. Scores of people in India – women, transgenders, migrants, the internally displaced, the illiterate, and the economically disadvantaged – have barely any meaningful access to documents. Many have had to sell their meagre properties to pay legal fees. The unreasonable evidentiary standards have further made these processes burdensome. The Foreigners Tribunals, which have declared more than 100,000 persons as foreigners, are known to rely on minor discrepancies in documents and to disregard oral evidence. Unsuccessful proceedings expose the litigants to detention. It is meaningless to talk about deportation, because the excluded persons are not Bangladeshi nationals, and India has not even raised this matter diplomatically with Bangladesh. This has meant that detention, or the threat of detention, can be indefinite.

The second insecurity relates to the slow infraction of substantive citizenship rights. Recently, for instance, the Assamese government has decided that only those who have their names included in the NRC can benefit from the state’s rehabilitation support after being evicted from public lands. India has also barred the national identity cards of millions of persons excluded from the NRC, who now cannot access welfare benefits or even employment in many cases.

It is the third insecurity that is the most pernicious. Grave uncertainty of status has enveloped the lives of people who are yet to be actively subjected to legal processes. The border police in Assam, which are authorized to identify suspected foreigners, have often notified persons without reasonable grounds in the absence of adequate safeguards and accountability. This has exposed vulnerable communities to harassment and targeting. In the case of the NRC, the government is yet to announce procedures for filing appeals in the tribunals. Disconcertingly for the excluded, there is already talk of repeating the NRC because, according to the Assamese government, the process did not exclude large enough numbers! The Indian state has pushed these precarious citizens into what I have called twilight citizenship, where their citizenship status is in a state of indecision and suspension.

In effect, the stigma of being a Bengali migrant has transformed into the ever-present dread of being classified as a foreigner. These communities have become what Mae Ngai has termed as “alien citizens”, who, despite being citizens, do not form part of the nation. Alien citizens are racialized, often in conjunction with legal processes. While they may legally have citizenship status, their citizenship rights are subject to nullification – through policies of internment and repatriation – without formal revocation of citizenship itself. The insidious legal processes in India, constituted on the justification of national security, have made members of these communities perennially susceptible to being suspected foreigners and doubtful citizens.

While the absence of formal revocation may mean that the precarious and alien citizens are not stateless, their right to nationality is still being insidiously eroded. Indian courts, rather than being sensitive to the costs of these processes, have consistently endorsed them on the grounds of national security. Being attentive to this problem would require placing negative and positive duties on the state, including the prohibition of burdensome procedures that engender citizenship insecurity, and the creation of accessible and non-discriminatory citizenship identity. But to what extent the law can play this ameliorating role remains unclear, considering also the Supreme Court’s role in furthering these processes to begin with. 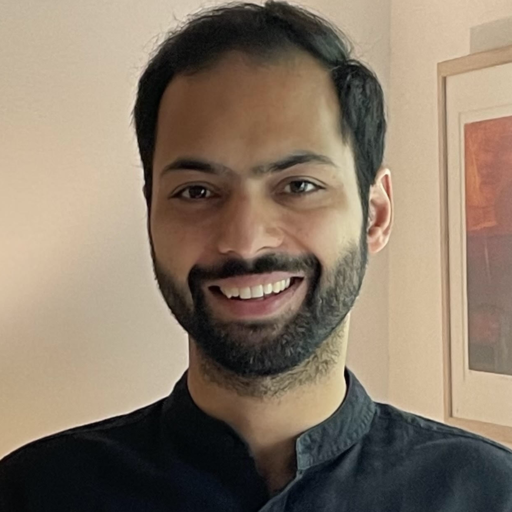 Other posts about this region:
Indien No Comments Join the discussion