Terrorism law and the erosion of free speech in the UK

The response to the 9/11 attacks, along with the attacks in Madrid in 2004 and London in 2005, resulted in the curtailment of a range of liberties. In the years that followed, various statutes were enacted to strengthen powers to investigate and counter the terrorist threat. The anti-terrorism laws had an impact on expression rights via controls on the content of publications, and through powers of search and surveillance. The horrifying nature and unpredictability of the attacks meant that in the UK, the extensions of state power had considerable public support in the years following 9/11.

The laws were designed to facilitate early interventions to combat terrorist activity. While useful to authorities dealing with an unpredictable threat, there are several factors that provide a potent recipe to erode expression rights. First, the laws are cast in broad terms and set a relatively low threshold for the restriction of speech. As a result, the laws have the potential to criminalise and restrict those who pose no terrorist threat. Secondly, the laws place consideration discretion in the hands of enforcement agencies when deciding who to target. Thirdly, as the threat of terrorism evolves, there is a continuing pressure to incrementally expand the law. Finally, while civil liberties groups have warned of the dangers of such laws, the political climate has enabled governments to press ahead with limited political cost.

9/11 and the consolidation of anti-terror laws

Before considering the impact on free speech, the response to 9/11 in the UK has to be placed in the broader context. The UK already had a long history of anti-terrorism laws, with various measures enacted primarily to tackle the threats relating to Northern Ireland. However, as the political situation surrounding Northern Ireland changed in the late 1990s, the government undertook a comprehensive overhaul of the legislation and reframed anti-terrorism laws. Under the Terrorism Act 2000, terrorism was defined in general terms referring to certain activities furthering political, religious and ideological causes. That definition provided the basis for a number of government powers, such as the power to proscribe organisations ‘concerned with terrorism’. That part of the legal framework was already in place in the UK prior to 9/11.

The response to 9/11 also has to be assessed alongside the development of the digital media. The transformation of communications in the last two decades has allowed for terrorist propaganda to circulate and reach new audiences. People already attracted to extremist ideologies have the chance to meet like-minded people online, exchange ideas and reinforce one another’s viewpoints. This in itself has changed the sources of terrorist threats, posing a greater risk of decentralised activities from actors that are not part of an organisation. At the same time, digital media have provided opportunities for the authorities to engage in covert surveillance of communications and to gather evidence from the digital data trail.

While several factors explain the development of anti-terror laws, the 9/11 attacks were a wake-up call that underlined the severity and sources of the threat. The prevention of terrorism became a priority for government, with police and intelligence services gaining more resources and powers. An obvious goal was to enable law enforcement to intervene at the earliest stages. However, early intervention involves a degree of speculation about those likely or at risk of pursuing terrorist activities. The goal of prevention also meant that the government sought to prohibit the ideas that lead people to support terrorist causes, in the hope that it would stop people even contemplating the commission of terrorist acts.

In pursuit of these goals, Parliament enacted controls on speech that apply a lower threshold than for crimes of incitement. For example, the publication of content that encourages or induces terrorism became a criminal offence in 2006. The offence was enacted in response to a Council of Europe requirement to criminalise the public provocation of terrorist offences. The UK version of the offence, however, goes beyond the European requirements and extends to statements that glorify the commission or preparation of a terrorist act (in such a way as to suggest the act should be emulated). That offence was built on an already broad definition of terrorism, and can be committed where the publisher is reckless and even if the statement is unlikely to influence anyone. These laws could thereby criminalise speech that is remote from any likely acts of terrorism. Legal scholar Andrew Cornford has noted that the offence can curtail ‘the freedoms to discuss controversial topics openly, and to share moral, political and religious opinions’.

A separate terrorism offence prohibits the possession of information ‘of a kind likely to be useful to a person committing or preparing an act of terrorism’. The law treats such information as a type of weapon, so to possess it is deemed to be a wrong. The courts have interpreted this law to apply only to information designed to provide practical assistance to a terrorist, such as bomb making instructions. Despite this limitation, the offence is still notable for the range of information potentially covered and the fact it does not require any intention to use the information for terrorist purposes.

The two offences show how the post-9/11 settlement places considerable trust in the authorities to decide who should face a criminal sanction. For example, there may be much information in circulation that would provide practical assistance to a terrorist, and not every possessor can be prosecuted. The offence is therefore more likely to be enforced against those people that come under the suspicion of the authorities, for whatever reason, and be subject to an investigation that detects the possession of the information. As such, the possession offence may in practice function as a proxy for a different activity or wrongdoing that brought the person under suspicion in the first place.

In addition to controls on publications, anti-terrorism laws also include broad powers to investigate potential terrorist activities. For example, search powers will be a necessary part of a preventive strategy. However, the courts have noted that the bar for exercising search powers under the Terrorism Act 2000 has been set ‘at quite a low level’. By casting a wide net, such powers can be used in relation to journalists and other publishers. The spouse of a journalist who had played a central role in publishing the Edward Snowden disclosures was stopped at a border using powers under the Terrorism Act. The case raised complex legal issues and the court found that additional safeguards are necessary to protect journalists. However, the case illustrated the potential for investigative powers designed to combat terrorism (broadly defined) to overlap with goals of national security and government secrecy (and potentially be used to avoid political embarrassment).

A further example arises with powers of surveillance. In 2016, the UK enacted the Investigatory Powers Act, which allows law enforcement agencies to intercept communications and communications data. While the powers are defended as a way to gather intelligence and prevent acts of terrorism, there are knock on effects for privacy and expression rights. For example, there are concerns about the adequacy of the safeguards to protect the identity of journalists’ sources being discovered. There are also the broader concerns about the general chilling effects on expression that result from surveillance. While civil liberties groups have expressed strong criticism of the Act, the system has not yet prompted a broader public backlash. That may be the result of both public willingness to accept measures that are said to combat terrorism, and the lack of visibility of such controls.

The continuing terrorist threat and expansion of controls

The threat of terrorism has not gone away, and there continue to be amendments to expand the controls on expression and association rights. Some of the amendments respond to changes in the ways that terrorist content is disseminated. In 2019, it became a criminal offence not only to possess information useful to a terrorist, but to view or access it. The amendment aims to deal with those who watch bomb making instructions via, for example, a streamed video without downloading or storing the content. However, the effect of the amendment is to widen the net and to pose a further risk of criminalising those who see such content in a moment of curiosity.

Other amendments have sought to expand the scope of the law. In 2019, the law was amended to criminalise the expression of an opinion or belief that is supportive of a proscribed organisation. That offence is committed where the speaker is reckless as to whether the statement will encourage people to support the organisation. The law therefore criminalises acts that are still remote from and do not encourage any actual terrorist acts. A person explaining why an organisation should not be proscribed in the first place could potentially fall foul of the provision.

Terrorist acts are unpredictable and after an attack it is common to consider what signals were missed that could have identified a threat. For example, those committing terrorist attacks are very likely to have read and possess terrorist propaganda. As a result, there have been calls for the government to consider making it an offence to possess certain types of terrorist propaganda. The line of argument is that such a possession offence would enable interventions at the earliest stages. However, while most terrorists are likely to have read such propaganda, not every reader will become a terrorist. While the call is not currently being pursued by the government, it shows how the desire for pre-emptive action can generate continuing demands for more powers and laws.

The expansion of controls is likely to continue as the terrorist threat evolves. Twenty years ago, commentators noted the problem of identifying terrorist threats from largely decentralised networks of actors. That problem has been exacerbated with online radicalisation, seeing the rise of ‘lone wolf’ actors, which will be harder still to predict. Moreover, the range of terrorist causes appears to have proliferated. In recent years, certain far right-wing extremist groups have been proscribed by the Secretary of State. MI5’s website states that it has responsibility for handling threats from ‘Right Wing Terrorism’ and ‘Left, Anarchist, and Single-Issue Terrorism’. The Independent Reviewer on Terrorism Legislation has commented that in response to the evolving threats ‘the UK is moving towards of the edges of what our law allows’. In this environment, terrorist activity becomes harder to distinguish from extremism in general. As a result, we see debates about whether actors, such as incel groups, should be treated as terrorists. The nature of the controls are also evolving, as social media companies will soon be under legal obligations in the UK to stop the circulation of content prohibited under the publication and possession offences mentioned earlier.

The shift following 9/11 has been ongoing and has evolved. The desire to prevent and pre-empt terrorists has led to an expansive set of powers and criminal controls. In midst of such threats, it is easy to lose sight of the free speech issues. In an individual case, the types of speech subject to a criminal prosecution will often be deemed to be of low value, and easily traded off with the interest in public safety. As the existing laws get expanded through tweaks and amendments, the changes are incremental and thereby less likely to generate a public backlash. However, the free speech issues are significant and the pressure for expansion poses the risk of an ongoing erosion of the right to expression. 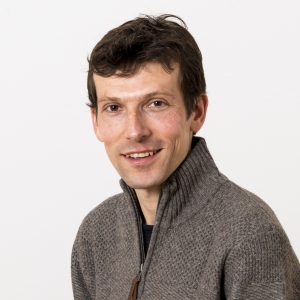 Jacob Rowbottom Jacob Rowbottom is Professor of Law at the University of Oxford and a Fellow of University College, Oxford. He writes widely on freedom of speech, media freedom and the regulation of the democratic process. He is the author of Democracy Distorted and Media Law.