I thought of these lines from Paul Celan’s poem ‘Todesfuge’ on reading two recent papers published on the website of Policy Exchange (here and here), a UK conservative thinktank, which also hosts the Judicial Power Project, the publication medium of their two main authors, John Finnis and Richard Ekins, the Oxford legal scholars who are helping to drive the political agenda of the extreme right in the Conservative Party in the UK. This agenda is broadly similar to that of the Trump-dominated US Republican Party and Orbàn’s Fidesz; hostile to refugees and to international law, and in particular to its regimes of international human rights. At the same time, it is nostalgic for a past when a white, male and Christian group was dominant.

I had alluded to Celan’s image of playing with snakes once before, in the introduction to my book Legality and Legitimacy: Carl Schmitt, Hans Kelsen and Hermann Heller in Weimar. In late Weimar, Schmitt was closely allied with the right-wing aristocrats who dominated the last federal cabinets of Weimar. They were deeply opposed to the Nazis. But they also wished to replace democracy with rule by a strong executive and to rescue Germany from the pluralist, cosmopolitan maelstrom of Weimar by restoring a strong sense of national, ethnic and religious identity to the political community. Schmitt played an important role in their successful attempt to destroy Germany’s first experiment with liberal democracy by providing the ‘legal’ arguments that gave them cover for their political agenda. I have used scare quotes for ‘legal’ because these arguments were deeply dishonest. They provided what a British judge in a decision in our century described as a ‘thin veneer of legality’ over the ‘reality’ of ‘executive decision-making, untrammelled by any prospect of effective judicial supervision’.1)

The allusion to Celan seemed to me apt then, as does it now, because his lines can describe the fascistic intellectuals like Schmitt who played with the ideas that became lethal in the hands of the politicians who put them into action. There is only one difference, as I have indicated by substituting ‘muslims’ for Celan’s ‘jews’. There is a change in the sense of who is the quintessential alien ‘other’ in our midst, the vanguard of the hordes to come, who want to take over ‘our way’ of life both by breeding at a great rate and by bringing more like them from outside. Hence, we must consider taking steps against those already present to curb their pernicious and insidious influence, ideally steps that would cleanse them from our presence, and of course prevent in the meantime any more of them from getting in (see Finnis’s essay).

Schmitt’s does not figure at all, as far as I know, in the writings of the lawyers who publish on the Judicial Power Project website and in Policy Exchange. He does, however, figure large in the equivalent group in the US, notably in the work of Harvard Law Professor Adrian Vermeule, who embraces whole-heartedly Schmitt’s political theory as well as his legal theory. But, as I have argued elsewhere, Finnis’s and Ekins’s arguments are driven by a Schmittian logic, one which regards the executive as the ‘guardian of the constitution’, itself conceived as essentially a political manifesto which enshrines a vision of the substantive homogeneity of ‘the people’ of the political community. These arguments endow the executive with almost magical powers, which is why Tom Poole, a prominent public lawyer, suggested some time ago that their Judicial Power Project is more aptly styled the ‘Executive Power Project’.

One does not, that is, need Schmitt himself in order to make such arguments. They are the arguments that will be made by the group an historian of Weimar called ‘reactionary modernists’, intellectuals who use the tools afforded to them in the modern era to rebel against it, seeking to bringing about the restoration of an era in which rulers ruled by divine right over jurisdictions uncontaminated by the ‘other’. But since they must make their arguments in an era in which lip service to democratic elections is required, and since they cannot make their appeal to their in-group alone, the divine right gets displaced onto a strong executive which they hope will put in place some of the items on their agenda, and which will at the least start the process of undermining the rights that they regard as corrosive of a social solidarity that excludes the ‘other’.

The Return of the Political

It is not, however, any surprise that in some places, notably the US, Schmitt looms large. In that country his influence has had a curious trajectory, which has a lot to do with the aftermath of 9/11. Prior to the 1990s, Schmitt was not studied as a figure in his own right, except by a handful of political scientists and historians who treated Schmitt in an apologetic mode as an insightful critic of liberalism. In the 1990s, I participated in a second wave of scholarship, in which there was basic agreement that there is something to Schmitt’s critique of liberal democracy, but we also exposed his understanding of politics as deeply flawed.

The reason for Schmitt’s emergence from relative obscurity, and thus the third wave of Schmitt scholarship, is the resource he might offer when one is trying to understand the politics of the legal and political situation of post 9/11 America. In particular, Schmitt seems capable of explaining the way that exceptional or emergency measures get transmogrified into instruments of ordinary law. In contrast to the classical or Roman model of emergency powers in which the operation of ordinary law is temporarily suspended, in order to authorize the executive to act outside of the law, the exceptional measures are brought within legal order. This third wave sought to show that there are resources in liberal democracy for responding to the threats to the rule of law that Schmitt diagnosed as fatal flaws in its theory and institutional design.

Vermeule typifies the fourth wave, which is like the first, except that it does not bother with apologetics since it revives with full force Schmitt’s apocalyptic vision of an existential battle between friend and enemy. Another difference is that the scholars of the first wave were not lawyers and so not interested in translating their politics into the language of law. Schmitt himself was notoriously bad at doing this. His major attempt, in a lecture to his fellow German constitutional lawyers in 1924, evoked such derision from his audience because of his ineptitude at legal argument that he generally avoided such attempts thereafter. There is something interesting here.

Consider Vermeule’s latest book, Common Good Constitutionalism, an elaboration of the argument for which I once criticised him on Verfassungsblog. The book is at first sight puzzling, as for the most part it channels in sophomoric fashion Ronald Dworkin’s theory of liberal constitutionalism in which judges must decide ‘hard cases’ in terms of the moral principles that best justify the existing law. For Dworkin, interpretation consists of the interaction between two dimensions, ‘justification’ and ‘fit’, with the latter important because judges should not make all things considered moral judgments, untethered to the body of relevant law. But then it turns out that Vermeule’s frequent references to Catholic natural law theory in the footnotes are behind his argument, which is that justification is not in terms of fit with the law, but with a body of allegedly timeless and universal principles that animate right-wing Catholics and Evangelicals in the US. He thus uses Dworkin to sanitize the political agenda of the religious right.

Ironically, his dropping of the dimension of fit is of a piece with his critique of the usual interpretive method of the legal right in the US, the various ‘originalist’ methods which resist liberal constitutionalism by purporting to find illiberal content frozen in the law at a particular time. At least, the originalists claim to take law seriously, even if the only difference between them and Vermeule is that they see the principles as time-bound when they speak as judges in their decisions, whereas Vermeule sees them as timeless, and thus as principles to which judges may appeal directly.

This really boils down to tactics, as demonstrated by the arguments made in the two documents about the UK’s obligations under international law to refugees. In the first document, the authors rely on an argument, strange to UK legal culture, to the effect that the original meaning of the 1951 Convention relating to the Status of Refugees and its 1967 Protocol is that the UK has no obligation to admit refugees under international law. This argument is then the basis for the second document, which justifies the use of armed force to prevent individuals from landing in the UK, where they would be entitled by existing law to assert the rights the lawyers claim in the first document the refugees do not have at law.

In one way, it does not matter that this cynical and cruel argument flies in the face of legal doctrine, since its main purpose seems to be to lend the legitimacy of two Oxford Law professors to items already on the Conservative government’s agenda. This is not a new phenomenon, though it is in tension with the substance of their earlier position. For they have argued in the past, not that international lawyers are mistaken as to the content of international law, but that, to the extent that such lawyers are right, it is consistent with the rule of law to ignore the content of international law because it is ‘defective law’.

Of the five fulsome blurbs that adorn Vermeule’s Common Sense Constitutionalism, one contains an insight. Sohrab Ahmari, himself a prominent ideologue of the extreme right in the US, says that the book is an ‘instant classic of scholarship’ which ‘points us to a better alternative – one as vibrant and radical as the Western tradition’. Ahmari points here to the real message of Vermeule and his fellow travellers across the Atlantic. As reactionary modernists, they are engaged in a revolt against the secular project of the Enlightenment tradition of the West, using the tools with which that tradition provides them.

As Russian tanks roll into the Ukraine, we should be wary of these ‘dreamers of the absolute’ in our midst. They worship the executive because only a strong executive is capable of rolling back the cosmopolitan, human rights achievements of the latter half of the twentieth century. But such worship depends on maintaining in power the person at the head of the executive who shares at least the most important tenets of their version of the ‘common good’. That requires not only freeing the executive from the constraints of the rule of law, both internationally and within the nation state. It also requires that democracy be hollowed out in order to ensure that periodic elections return the right person to power. 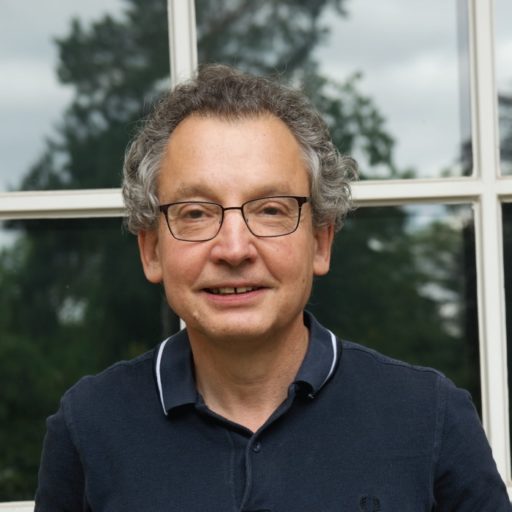