Paving the Way for Undermining the Independence of UK’s Media

Two stories that made the headlines in the United Kingdom last week raised concerns over a declining culture of respect of media independence.

Last Monday, a group of journalists from selected media outlets were invited to attend a briefing at Downing Street in advance to the Prime Minister’s speech on the UK-EU trade deal, while reporters from other outlets (including news agency PA, Huffpost UK, the Mirror and the Independent) were reportedly denied entry. As a result, journalists walked out in numbers in solidarity with their colleagues. Last Wednesday, the Culture Secretary announced that the Government is considering whether to decriminalise evasion of TV licence and replace the criminal sanction with an alternative civil enforcement scheme. The Government has launched an open consultation and has also announced a new Simple Payment Plan from April, allowing viewers to spread payments of the annual fee over instalments. The announcement comes at a very contentious time for the BBC; director general Tony Hall resigned last month and his successor will be called to lead a difficult restructuring process for the public broadcaster, expected to meet a target to save £80m by 2022.

The case of the TV licence has rather evident implications for the financial independence of the BBC. The argument raised in government circles – that in the digital age, media consumption patterns have largely shifted towards digital platforms and as a result public service broadcasting, including its on-line presence, has become less relevant – has some real basis, and indeed the model of public service media is under stress everywhere across Europe. In a report published in December last year, the European Broadcasting Union (the alliance of public service media organisations) noted that, in several countries, public service media funding has been ‚questioned or put under pressure‘, and a third of the organisation’s members have been hit by funding cuts in 2018.

The announcement comes after a series of moves that, over the last few years, have (not so) slowly eroded the independence of the public broadcaster from different directions. The Royal Charter approved in 2017 effectively ended the self-governance of the BBC and for the first time put an external regulator, Ofcom, in charge of overseeing its performance and editorial standards, with the power to impose penalties. During the election campaign in December, both the leaders of the major contending parties had announced that their government would have considered a review of the BBC’s funding model.

EBU itself raised the alarm that funding cuts most often trigger a downward spiral, forcing an organisation to reduce programming expenditures, decreasing the quantity and possibly the quality of its offering, and eventually losing popularity with viewers – which in turn justifies further calls for budget reductions. In short, budget cuts are a very efficient way, in the long run, to silence public service media. Political and financial independence are in many ways two sides of the same coin, in the sense that threats to either of the two can have similar effects in weakening the standing of the public broadcaster and its ability to fulfil its remit. While each of these changes, to the BBC governance and independence framework, and to its funding model, could be legitimately up for discussion if taken alone, the combined effect of the two is most likely to prove disastrous and make the voice of the BBC more feeble than ever.

The exclusion of a number of journalists from the Government briefing last Monday tapped into a similar dynamic of restraining media independence.

According to a reconstruction discussed in the House of Commons, after a speech delivered by the Prime Minister followed by a Q&A session with all the reporters in attendance, the PM’s director of communications welcomed a few invited journalists to stay for a further briefing and asked the others to leave.

The incident confirmed the fears that many had expressed when, back in January, the Government had announced that briefings with accredited journalists would be moved from their traditional venue in the House of Commons (the Lobby room) to a meeting room at 9 Downing Street, next to the Prime Minister’s offices. The Society of Editors and the Lobby chairman had expressed concerns that the move would make it unpractical to cover both Parliament and Government affairs, especially for smaller media outlets, and worried that reporters would generally enjoy lesser freedom in carrying out their usual tasks – for instance, it seemed unclear whether journalists would be allowed to take their mobile phones into Downing Street.

The Parliamentary Secretary for the Cabinet Office Chloe Smith attempted to explain the incident by drawing a distinction between official media briefings and ‘additional, technical, specialist’ briefings, held in this case by a special adviser rather than a member of the Cabinet. The point that she tried to make is that journalists would have no right to attend this kind of unofficial gatherings; rather, the Government could invite them at its discretion.

It is true that the press does not have, on paper, a legal right to attend every given meeting with government officials. It is true, also, that the briefing was held by a special adviser to the PM – a politically appointed figure subject to a different code of conduct than civil servants. Tony Blair’s spokesman Alastair Campbell similarly juggled with a hybrid contract (part civil servant, part political adviser) to get more of a leeway in his interactions with the press.

In fact, the media’s right to access to parliamentary proceedings and government briefings relies today on the century-old tradition of Lobby journalism. Since 1803, the Public Gallery in the Commons has been reserved for political journalists covering proceedings in Parliament; twice a day in the Lobby, the Government’s spokesperson would also hold briefings and answer questions from the journalists in attendance. There are practical advantages in having both the press Gallery and the Lobby in Westminster: it allows journalists to cover afternoon proceedings in Parliament while having quick and easy access to Government’s spokespersons. Access to the Gallery and Lobby is however a matter of journalistic privilege: since 1870, when the Speaker of the House decided that members of the public were not to have free access to the Lobby, journalists are required to register on a list. As of today, just over twenty newspapers (including both daily and Sunday editions), three magazines, six news channels, alongside local and foreign media outlets, have staff accredited to the Gallery and Lobby. Accredited reporters are given photo-identity passes (to show at entrance) and are required to declare any further earnings advantaged by their privileged access to Parliament.

Privilege however comes at a cost, and lobby journalists have had to negotiate and accept a number of restrictions through the years. For instance, until 1957 the BBC followed a convention not to broadcast discussions on any matters that Parliament would debate in the following two weeks; it was not until 1997 that briefings could be on-the-record and journalists were able to officially attribute quotes to ‘the official Downing Street spokesman’, and only after 2000 that such spokespersons could be quoted by name. A few Lobby rules still apply today: for instance reporters are expected not to name their sources, and not to live broadcast or use social media from within the Lobby (a rule that was first infringed in January 2020 when a junior reporter from a news website live tweeted from a briefing in Downing Street). In fact, the embargo on live broadcasting or tweeting is just another of the many rules that lobby journalists have self-devised and imposed onto themselves, rather than having them come from the Government (the embargo, for instance, is meant to prevent some media outlets from gaining an advantage over others). Yet this is evidence of the fine balance that reporters have to manage in order to get access to precious information, and how much they could be easily pushed into conceding if government were to take a hard stance on it.

Neither the nature of the briefing (whether official or not), nor the capacity in which the government’s spokesperson talked to the reporters are, however, the real point at stake. What is more relevant is that the recent changes to the government briefing system, and last Monday’s incident in which they culminated, run contrary to a well-established principle that public bodies bear a responsibility for ensuring openness and transparency towards the public.

The European Court of Human Rights has stressed on a number of occasions that the freedom to receive information is a substantive part of Art 10 ECHR and access to information, especially for media professionals, is a pre-condition to it. In the case of Társaság a Szabadságjogokért v. Hungary of 2009, the European Court found that ‘measures taken by [a] national authority [which] are capable of discouraging the participation of the press … in the public debate on matters of legitimate public concern, even measures which merely make access to information more cumbersome … may become a form of indirect censorship should the authorities create obstacles to the gathering of information.’

The principle of open government also operates at the local level in the UK: the Local Government Act (as amended in 2011) requires local authority executives and their committees to meet in public (unless there are specific reasons to keep information confidential); under the Local Authorities Regulations approved in 2012, social media reporting of local councils’ meetings is by default allowed, including citizen journalists using their own websites, blogs, or accounts on social media platforms. The guidance explains that local authorities are expected to ‘provide reasonable facilities for any member of the public to report on meetings’. The new rules are based on a ‘presumption in favour of openness’ and designed to make local authorities ‘more transparent and accountable’.

The same principles of openness and transparency are thus acknowledged and protected at both higher and lower levels of governance. Authorities are expected to create an environment (both physically and metaphorically) that facilitates media reporting, rather than imposing hurdles. The system of lobby journalism is, in more than a way, far from an ideal standard of openness. Through the years, there have been several attempts to reform it. The Independent newspaper on its launch in 1986 made a point of boycotting lobby briefings in a push for more openness; in the late 1990s, the Government made some limited changes to the system in an attempt to make it more transparent. Yet the system is also suggested to bring some advantages: the promise of anonymity, for instance, allows members of the Government to speak more honestly to the press.

No matter how old and out-of-touch the lobby system may be, the incident of last week marks a decided step in the wrong direction. Moving the venue where government officials and reporters are supposed to meet and talk, from an institutional environment where a set of consolidated rituals guarantees an even playing field, at least to some degree, to a space where the Government has the upper hand and can regulate access on a discretionary basis, is a visible embodiment of the Government creating obstacles to the gathering of information (to borrow language from the European Court), taking control of its own watchdog and trying to dictate its agenda. In spite of some playing around with fine details, the move simply goes against the general principle of openness – a principle that is conducive to the fundamental right of the public to receive information.

Explore posts related to this:
European Convention of Human Rights, freedom of the press, independent media 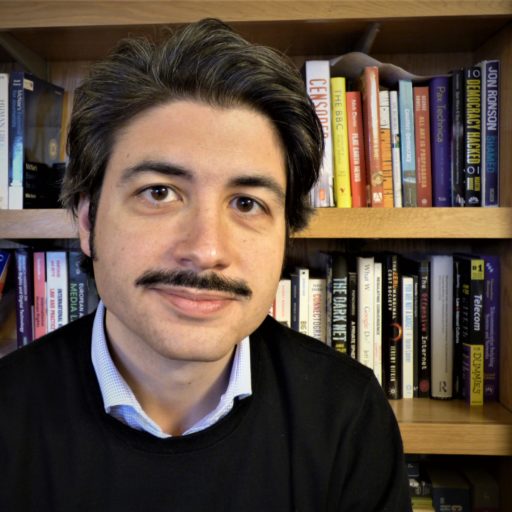 Explore posts related to this:
European Convention of Human Rights, freedom of the press, independent media

Other posts about this region:
Vereinigtes Königreich No Comments Join the discussion
pixel_not_set
Go to Top