US-American lessons for the European Union

The US midterm elections are over. Even if the self-prophesied revenge of Trumpism failed to materialize, these elections were not able to show a way out of the permanent crisis in which the oldest democracy in the world is trapped. On the contrary, the country’s deep political divisions have once again manifested themselves.

The crisis of American democracy is also a constitutional crisis. Many provisions of the most time-honoured of all constitutions now appear to be outdated and in urgent need of reform.

These provisions include those about the „Electoral College“, which shifts the weighting of votes in the presidential election to the disadvantage of populous states and can thus counteract the „popular vote“, i.e. the majority decision of the voters. Al Gore received more votes than George W. Bush in the 2000 presidential election. Donald Trump became president in 2016, although Hillary Clinton garnered more votes. The model of indirect elections not only favors voters in less populated states, it also leads to a concentration of candidates and parties on the specific interests of the regularly identical „swing states“ in which the outcome of the elections still appears to be uncertain. On the other hand, those states are neglected, whose “electorate” votes are already safe for one of the two large political camps due to the prevailing “winner takes all” principle.

The provisions on the lifelong term of office of judges on the US Supreme Court also appear in need of reform. The corresponding constitutional provision, which is intended to ensure judicial independence, can – among other problematic side effects1) – lead to the long-term cementing of political majorities in the highest and most influential court in the USA. In his four-year term of office, Donald Trump has succeeded in expanding the majority in favor of a solid Republican 6-3 majority for the foreseeable future by appointing three new Supreme Court judges. 74-year-old Clarence Thomas, the longest-serving Supreme Court judge, has been in office for 31 years. The youngest judge appointed by Donald Trump, Amy Coney Barrett, is only fifty years old.

Other weaknesses in the US Constitution could be identified. Examples include gun law, the very short terms of office of members of the House of Representatives, the composition of the US Senate that is extremely disproportionate to the population, or the long “presidential transition” between the election and the assumption of office of a new president. The orientation of the political system towards a two-party model should also be mentioned – insofar as it is constitutionally prescribed – which in itself promotes the danger of the polarization of US society that can currently be observed.

However, no substantial reform of the US constitution is to be expected. The US constitution makes its change dependent on excessively high hurdles. According to Article 5 of the US Constitution, Congress can propose amendments to the constitution if two-thirds of the members of both Houses of Congress agree. These changes then require the approval of three-fourths of the state legislatures.

It is not difficult to see that these large majorities for such a substantial constitutional change will not be found. The Republican Party in particular is currently benefiting too much from the described constitutional deficits.

The situation could become even worse if tendencies prevail, particularly in the case law of the US Supreme Court, which attempt to methodically shield the interpretation of the constitution from further development. While European constitutional courts – namely the European Court of Human Rights – understand the constitutional texts to be interpreted by them as a basis open to development (as a „living instrument“); the highly conservative conception of originalism, as advocated by the judges at the US Supreme Court Scalia, Thomas and Barrett, calls for a strict orientation to the historical wording or the intentions of the historical fathers of the constitution.

Like all constitutions, however, the American one must answer the question of its permanence and its change and thus of the prerequisites for a constitutional change. Expectations of legal certainty and constitutional stability compete with demands for the constitution’s ability to adapt to changing external circumstances and values and for the correction of any weaknesses in the constitution. James Madison wrote in Federalist No. 43 the rule amending the Constitution “guards equally against that extreme facility which would render the Constitution too mutable; and that extreme difficulty which might perpetuate its discovered faults”. In the case of the US Constitution, the pendulum has clearly swung in the direction of preserving its provisions. The consequence is a petrification of the constitution, which no longer allows an adequate reaction to recognized errors, changed requirements, values and framework conditions.

The historical US model, which shaped constitutional development in Europe like no other, should be a warning to the European Union in particular. Dangers of petrification can also be clearly seen in the EU constitutional order. It is becoming increasingly difficult to change EU primary law – and thus, at least in a material sense, the constitution of the European Union. True, with the Lisbon Treaty of 2009, extensive changes could be passed only recently. However, because every change to the founding treaties requires approval and ratification in all member states of the Union and in some cases also the approval not only of the legislative bodies but also of a referendum, the hurdles for future adjustments to the constitutional order of the Union appear particularly high.

This is all the more problematic as this constitutional order appears to be incomplete and, above all, has deficits in the areas of majority decision-making and democratic legitimacy, which would have to be remedied by constitutional amendments. With the potential admission of further member states, however, both the already existing deficits and the hurdles to eliminating them would be further increased. The European Parliament’s call for a constitutional convention to reform the EU treaties therefore deserves support. Even if the prospects for this reform project do not appear great at the moment: the European Union must use the next enlargement at the latest to achieve a reform not only of its constitution, but also of the mode of amending it. 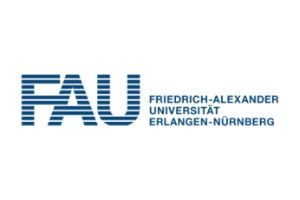 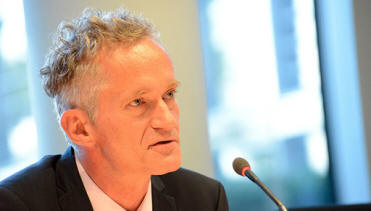 Bernhard Wegener Bernhard Wegener is a Professor of Public and European Law at the Friedrich Alexander University of Erlangen-Nuremberg.
Other posts about this region:
USA No Comments Join the discussion