Poland and Hungary are withdrawing from the EU

Over the past years, the governments of Hungary and Poland have repeatedly defied various EU rules, including the core principles of membership they had subscribed to when acceding to the Union. Assaults on the independence of their judiciary, capture of the media and onslaughts on civil society, have thus led to judicial proceedings before the European Court of Justice (e.g. here, here, here, here and here), the unprecedented activation of the procedure of Article 7 TEU (see here, here, and here), as well as the withholding of some foreign assistance and cooperation programmes (see here, here, here). Recent emergency measures taken in the midst of the COVID 19 crisis have added to this remarkable track-record, attracting further criticism (see in particular here, here, here, here, here, here and here) and exposing more conspicuously those governments’ pursuance of a political and constitutional agenda that is increasingly at odds with the principles underpinning the EU legal order (here, here, here, and here).  These developments beg the question of what the EU may, or indeed shall do when a Member State no longer fulfils the prerequisites of membership. Can the Union force that state to meet its duties against its will? Or should it ultimately acknowledge that state’s choice, and proceed with its orderly retreat from the EU legal order?

The right to withdraw

The EU has a mandate and tools to guarantee Member States’ compliance with EU rules, the most established of which is the infringement procedure (Articles 258-260 TFEU). Those tools have been critical to secure the functioning and thus to preserve the integrity of the Union’s legal order. Yet, the EU enforcement toolkit is not fitted to address all types of Member States’ defiance. Practically and legally, the Union cannot coerce a Member State to observe EU law, and particularly the principles of membership, against its will. What it can do however, and indeed must is to acknowledge the intention of a state no longer to apply the EU Treaties, before the legal order they establish is itself damaged.

This is the principle which Article 50 TEU, aka the “EU exit clause”, encapsulates. As confirmed by the European Court of Justice in its seminal Wightman ruling, the provision “enshrin[es] the sovereign right of a Member State to withdraw from the European Union” (Wightman, para 56), which means the liberty no longer to be bound by EU Treaties (Article 50(3) TEU). It is an expression of the fact that “[t]he European Union is composed of States which have freely and voluntarily committed themselves to [the] values [of Article 2 TEU]” which “form part of the very foundations of the [EU] legal order” (Wightman, paras 62-63, emphasis added, see also Commission v Poland (independence of Supreme Court), para 42). As membership is voluntary, a state cannot be forced to accede to the EU against its will, neither can it be forced to withdraw from the EU despite its wish to remain (Wightman, para 65). In the same vein, a Member State should not be forced to apply EU Treaties against its will either.

Instead, a state that does no longer (wish to) apply the EU Treaties, and particularly the core requirements of membership, in law and in fact withdraws from the Union. Not only because other Member States will lose trust in that state, thereby diminishing its ability to operate as a Member State, but also because its continuous defiance towards membership obligations would ultimately amount to an activation of the withdrawal process as envisaged in Article 50 TEU.

Article 50(2) TEU stipulates that the withdrawal process is triggered when the state in question “notif[ies] the European Council of its intention”.  The provision does not mention any particulars as regards the terms, form or timing of the Member State’s notification. This contrasts with, for instance, the withdrawal procedure included in the Agreement on the European Economic Area whose Article 128 EEA foresees that the state willing to withdraw from the EEA “gives at least twelve months‘ notice in writing to the other contracting parties”. In Wightman (para 74), the Court of Justice only specified that the revocation of a notification must be submitted in writing to the European Council whilst saying nothing to that effect concerning the notification itself. Rather (and as argued here), the notification of the intention for the purpose of Article 50 TEU can take different forms.

Arguably, the key element leading to the activation of the withdrawal process is that the Member State in question has made a sovereign and explicit choice no longer to be bound by EU Treaties. Article 50 TEU only requires that the state’s notification of its intention proceeds from a “decision” taken in accordance with that its own constitutional requirements, following a democratic process (Wightman, para 67).

In view of the principle and open texture of Article 50 TEU, and leaving aside the question of whether their conduct is constitutional and democratic, it is arguable that the Polish and Hungarian governments’ continued and deliberate defiance of the core principles of membership is expressing their respective intention no longer to apply EU Treaties. These conducts could thus qualify as notification for the purpose of Article 50(2) TEU.  Should those states fail to change their stance, the Union ought then to respect their sovereign will, and (re)act accordingly.

The European Council should then be seized of the matter with a view to activating the procedure formally to terminate the application of the Treaties to these states. It should issue guidelines for the purpose of opening negotiations to fix the necessary arrangements, as stipulated in Article 50(2) TEU.

Since an intention is “by nature neither definitive nor irrevocable” (Wightman, para 49), the Polish and Hungarian governments could still change track during the two-year period foreseen in Article 50(3) TEU and decide to revoke their notification, following the requirements which the European Court of Justice spelled out in Wightman. It should be submitted in writing to the European Council, be unequivocal and unconditional, and follow a democratic process.

Such a revocation would confirm the EU membership of Poland and Hungary under the terms that are unchanged as regards their status as a Member State. It would bring the withdrawal procedure to an end (Wightman, para 74), thereby confirming their sovereign choice to keep the status of Member State. This choice would entail their commitment to the values that “form part of the very foundations of the EU legal order”, and to comply with the Treaties including and obligations deriving therefrom, including the principle of sincere cooperation under Article 4(3) TEU. Conversely, the EU Treaties would cease to apply to Poland and Hungary at the end of a two-year period, or upon the entry into force of a potential withdrawal agreement, in accordance with those states’ sovereign will. 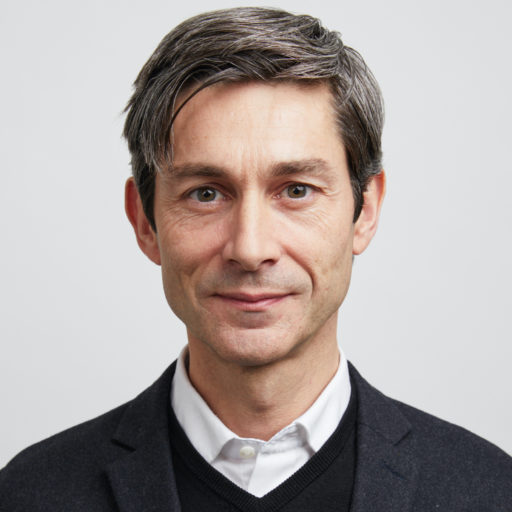 Other posts about this region:
Europa, Polen, Ungarn 16 comments Join the discussion
Go to Top