On 11 February, the Greek Parliament passed legislation that provides for the creation of a new police corps, permanently stationed on campuses. Ostensibly designed to maintain order at universities, the new law violates both academic freedom and the ‘self-governing’ legal status of the universities, as enshrined in the Greek Constitution. Particularly in light of allegations of increasing police violence and abuse of police power in the country, this new law and the nature and duties of the university police raise serious concerns.

The new law, part of a trend

The legislation was passed with majority of 166 MPs in the 300-seat parliament. The MPs that voted in favour of the new legislation belong to the ruling right-wing ‘New Democracy’ party and the far-right party ‘Greek Solution’. The law provides, inter alia, for the creation of ‘Units for the Protection of University Institutions’ (UPUI; article 18). The Units will consist of police personnel and special guards – a type of minimally trained police personnel that has not attended the Police Academy and is usually enlisted to protect political personnel, important infrastructure, and sensitive targets (paragraph 5). The mission of the UPUI is ‘the protection and safety of the persons within the higher education institutions, as well as their infrastructure’. Their duties are, among others, patrolling of the campuses and the prevention and suppression of any unlawful conduct taking place within the institutions (paragraph 4). It is specified that the Units will not carry firearms (but will be armed with truncheons, police batons etc.). Article 19 stipulates that the special guards in the UPUI will be competent to exercise pre-inquisitory powers. It must be noted that this is the first time that special guards have been given such power and concerns were expressed by the police itself through its Panhellenic Federation (POASY) regarding the lack of special guards’ training for such duties.

The government contended that this new police unit was necessary in order to put an end to a culture of lawlessness at Greek campuses and that its very presence will act as a guarantor of academic freedom. It is, however, only the culmination of a recent trend towards increasing police presence in Greek universities. Until 2019, the police could only enter the campuses when called upon by the institutions’ administration to intervene in cases of unlawful acts taking place within the universities or proprio motu in cases of grave criminal offences (article 3(2) L. 4485/2017). In 2019, this law was replaced by a provision stipulating that ‘at the premises of the Higher Education Institutions the public authorities exercise all their legal competences, including that of intervention to suppress the commission of criminal offences’ (article 3(3) L. 4623/2019). This provision essentially abolished ‘university asylum’, which was first introduced in 1974 after the fall of the military junta: L. 1268/1982 prohibited police from entering universities without the permission of the rector and representatives of the students, except in the case of commission of crimes against life. ‘University asylum’ was first abolished in 2011 (L. 4009/2011) but was reinstated in 2017 (L. 4485/2017). It is important to mention that throughout this period, i.e., since 1974 and until now, security services, consisting of either civil servants or private personnel, have operated within the institutions and will continue to do so in a new form under the recent law (article 14). Also, it is apparent that the intervention of the police in cases of criminal conduct within university premises was already possible under the previous legal regime. It is the permanent and continuous presence of a special police unit within the institutions that gives rise to constitutional questions.

Incompatibility with the Greek Constitution

Article 16(1) of the Greek Constitution sets out that ‘[a]rt and science, research and teaching shall be free, and their development and promotion shall be an obligation of the State’. Hardy Jones points out in his article ‘academic freedom as a moral right’ that “[a]cademics are expected to discover and transmit – in research, teaching, and publication – what they have honestly found to be true. In a sense, this is their ‘job’. Without academic freedom, [academics] would not be able to do their work. If they perform these tasks diligently yet are rewarded with dismissal or recrimination, they have been treated unfairly” (Pincoffs, The Concept of Academic Freedom, 1972). Yet, academic freedom does not merely mean that an academic has the right to do her/his job; academic freedom entails more than a combination of individual freedoms and freedom of speech. It has to do with the idea of the modern university itself as a collective space of free and critical thinking. As the Humboldtian higher education model suggests, the university provides not only vocational training but must also encourage the students to think and research. For this endeavour to be successful, the university must be independent and not in direct service to the State (Robert Zimmer, What is Academic Freedom For, 2015). Creating such a free space is neither a quiet nor a sanitized process, it is a collaborative process that requires dialogue, expression of disagreements and doubts, and the right to criticise freely and unapologetically even if that might be unpleasant to some.

Hence, academic freedom must be protected from interventions of the State and the State itself must provide guarantees that ensure the protection of academic freedom. Accordingly, paragraph 5 of article 16 of the Greek Constitution, specifies that ‘[e]ducation at university level shall be provided exclusively by institutions which are fully self-governed legal persons of public law’. This means that each institution has the power to decide upon its own matters, from asset management to the implementation of security. A concomitant of this status is the asylum, i.e., the right of the university to safeguard its premises from any external act of State violence or coercion. In no way does the concept of asylum signify a space where criminal law is not applicable. It denotes a free space where police force can intervene, investigate, and arrest only under certain conditions prescribed by law. Full self-governance then means that the university administration is the only competent authority to allow police intervention within university premises. The legislator can provide for exceptions, such as intervention by the police without prior authorization in the event of grave criminal offences or crimes being suppressed in flagrante delicto. The creation of a police unit outside the jurisdiction of the university, solely answerable to the police hierarchy and, finally, the Minister of ‘Citizen Protection’ (as the Public Order Minister is now called in Greece) violates the nature of the universities as self-governed bodies. In addition, the new law does not seek to provide at least some guarantees for the protection of academic freedom, by stipulating for example a different process with respect to crimes of opinion and conscience, such as desecration of national and religious symbols; call to disobedience; spreading of false news; or the crime of disturbance of the peace.

The presence of a special police unit in universities is also at odds with a long European tradition of freedom and self-governance in higher education. This point deserves special emphasis, precisely because the Greek government sought to argue otherwise: It purported to simply transmit to Greece the best practices from everywhere else in Europe and the world. The Greek government constructed a narrative in which the existence of specialized police forces is the rule in western universities, especially pointing out the armed police patrols on US campuses. Indeed, university police do exist in the US and, in a more limited manner in Canada, but do not appear to exist anywhere else in Europe or other western states. In response to this debate and the circulation of misinformation in Greek social media on whether other European universities and in particular the University of Oxford has a police force at its premises, the Oxford Branch of the University and College Union (UCU) clarified in a motion formally passed at its general meeting that ‘the University of Oxford does not have a university police force, and that security on University premises is provided by the University’s own personnel’. UCU further expressed solidarity with Greek colleagues, students, and citizens, stating that the ‘proposal of the Greek Government […] is alarming and not in line with best practice’. Europe has a long tradition of independent and self-governed universities; and historic institutions such as the Universities of Bologna, Oxford, the Sorbonne, and Salamanca have enjoyed protection from state intervention since their very foundation.

Police violence and underfunding of education.

Beyond the apparent constitutional issues, it is rather doubtful that the presence of police force will resolve any of the problems that Greek tertiary education faces. And it would not be surprising if this very presence caused more tensions and episodes between students and the police, especially when considering the enforcement officials’ negative record of violence and abuse repeatedly documented by Amnesty International.

A meaningful plan for educational reform in Greece would begin with financial support for the seriously underfunded institutions. This matter is also documented in the recent OECD’s 2020 Report ‘Education at a Glance’ showing that public spending on education as a percentage of total government spending in Greece is significantly lower than OECD’s average. The issue of underfunding is linked to the security of campuses and the fiscal constraints imposed on tertiary education institutions during the period of budgetary adjustment in the previous decade. In fact, the current PM was responsible for imposing wide redundancies throughout the public administration, which included the non-specialist staff of the Greek universities when he served as Minister for Administrative Reform and e-Governance from 2013 to 2015 (L. 4210/2013). The choice to introduce now a new university police that will impose additional fiscal burdens to the country’s fragile economy is paradoxical. Suffice to mention that while the annual budget for all universities in Greece is EUR 90 million, the establishment of the university police force is estimated to cost approx. EUR 30 million, i.e., 1/3 the total annual budget for all universities in Greece.

The recently enacted bill has caused reactions among academics, students, and opposition parties. The overwhelming majority of the academic community rejected the creation of the university police as ineffective. Political parties sharply criticized the new law as either unnecessary or as a clear act of state coercion and an indication that the government is becoming more authoritarian and undemocratic. Furthermore, the Diem25 party cited in the parliament a telegram by the US embassy in Athens published by Wikileaks, stating that the US government is pressuring Greek authorities to increase their control in universities through the introduction of a university police force. Moreover, the police itself, with the exception of the special guards’ union, did not support the bill. The POASY questioned before parliament the reasoning behind the establishment of university police, underlining the fact that police personnel lack training for operating in such a special environment. Further, the POASY claimed that the most fitting solution for the problem of delinquency and anti-social behaviour in universities is the operation of a security unit under the control of the university authorities with the right to call for the assistance of the police in case of criminal offences.

It is disconcerting that the Greek government did not aim to enhance the already existing security services at the universities. Instead, it chose to introduce a new police unit and fashion it in a way that is reminiscent of the ‘spoudastikon’, a special branch of secret police that was introduced in the Greek universities during the years of the Colonels regime (military junta; 1967 – 1974) in an attempt to sanitize the universities from any dissenting voices. 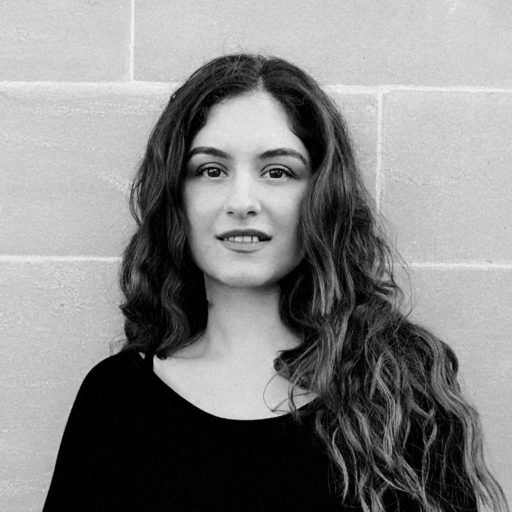 Eirini Fasia Eirini Fasia is a DPhil candidate and law tutor in Public International Law at the University of Oxford, St. Anne's College.

Other posts about this region:
Griechenland No Comments Join the discussion
Go to Top