President Trump’s declaration of a state of emergency is constitutionally dubious as well as politically irresponsible for reasons that have been usefully highlighted by other contributors. But perhaps its most astonishing feature is Trump’s perversion of the traditional temporal justification for executive-centered emergency government. That justification typically rests on two interrelated prongs.

Crises or “emergencies” have long been pictured as swift-moving attacks on the “body politic” and its fundamental integrity. Constituting fast-moving as well as fundamental threats to the political and legal order, they correspondingly require rapid-fire institutional responses. John Locke’s famous justification of executive “prerogative” with reference to the example of necessarily “pull[ing] down an innocent man’s house to stop the fire, when the next to it is burning” (Chapter XIV) nicely captures not only the traditional idea that a crisis entails a genuine danger, but also that the threat at hand is fast-moving and needs to be quickly contained.

Despite some ambiguities, this first component of the traditional temporal imagery captures something important. Many aspects of modern society are in fact subject to an astonishing speed-up, or what Hartmut Rosa and I have described elsewhere as “social acceleration”. One of the consequences of this trend is that political officials are frequently forced to tackle rapid-fire challenges – fast-moving military threats, for example, or sudden economic downturns (e.g., the 2008 global financial meltdown). Not surprisingly, the language of crises or emergencies is ubiquitous in contemporary political discourse. Astute legal analysts have diagnosed a troublesome blurring of the boundaries between ordinary and normal lawmaking.

Although Trump’s declaration builds on that worrying legacy, it takes it in new and probably unprecedented directions. Tellingly, Trump’s declared emergency is neither life-threatening nor urgent, as he more-or-less openly conceded: “I didn’t need to do this.” His temporal claim is different: “I just want to get it done faster, that’s all.” By most journalistic accounts, Trump’s interventions in congressional negotiations following the government shutdown were at best inept and, at worst, counterproductive: Trump clearly has no patience (or interest) in ordinary lawmaking mechanisms. For its part, the post-shutdown Congress quickly hammered out a political compromise and passed legislation: it did its job. But President Trump, it seems, is unhappy with the results, and because of his evident impatience with the normal workings of constitutional government, he has decided to declare an emergency. It is not the (alleged) emergency at hand that is fast-moving. Instead, the President simply wants fast results in sync with his unpopular preferences.

Nor does Trump’s declaration mesh cleanly with the second prong of the traditional justification for executive-based emergency government. According to this second feature, the single-person of the executive is best adapted institutionally to the tasks of emergency management: only the executive can respond rapidly and efficiently to fast-moving crises. As forcefully expounded by Enlightenment writers from Locke and Montesquieu to the US Federalists, large deliberative legislatures are by nature poorly suited to the management of unexpected crises, whereas the single person of the executive is more likely to move quickly and efficiently. This traditional view continues to haunt many contemporary defenses of executive emergency action. For example, Eric Posner and Adrian Vermeule rely on the familiar temporal and institutional contrast between slow, deliberative legislatures and expeditious, fast-moving executives. Though they acknowledge that the modern executive (and administrative state) represents a large, unwieldy institutional creature, its hierarchical structure allegedly guarantees that presidents can “act with much greater unity, force, and dispatch” than Congress, whose large numbers, deliberative orientation, “elaborate procedures, and internal structures” necessarily render it temporally inefficient.

Let me just note that the traditional view is more controversial than Posner or Vermeule acknowledge. The US federal executive, for example, has an estimated 600,000 employees. Messy, multi-headed, and oftentimes temporally sluggish institutional creatures, executives do not possess self-evident temporal advantages vis-à-vis legislatures.

But Trump’s declaration, revealingly, does not clearly reference this second facet of the traditional justification. He is not in fact asserting or inferring that the executive is better suited institutionally to confront a rapidly developing, life-threatening crisis. That claim, in fact, would be untenable since Congress has already successfully legislated and rejected his request to build a “wall” on the US-Mexican border. Admittedly, if Congress instead had stumbled and ordinary lawmaking mechanisms were paralyzed, then Trump might have been able to lay out a plausible defense of the need for timely executive action. But that option was foreclosed to him with Congress’ successful budgetary negotiations, negotiations he in fact formally endorsed by signing off on them immediately before making his emergency declaration. What ultimately matters to Trump is political expediency, not institutional efficacy.

The annals of constitutional government are filled with dubious justifications for emergency rule. But Trump’s declaration represents a new low, at least for the United States. During the congressional campaign last fall, Trump – and his Republican allies – did make a concerted effort to describe the “border crisis” as a fast-moving, existential threat to the US. Many voters were skeptical of that appeal, and they arguably rejected it last November by handing control of the House of Representatives to the Democrats. Trump’s public confession that his emergency declaration is (politically) desirable but not in fact necessary simply lets the cat out of the bag: Trump’s perceived need to satisfy his hardcore political base motivated his emergency declaration. His implicit confession as well that the only reason for “fast” emergency action is that he deems it politically opportune should alarm defenders of constitutional government everywhere. 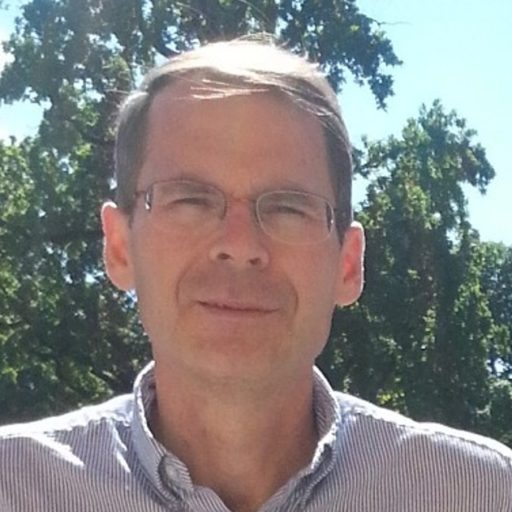 Other posts about this region:
USA 2 comments Join the discussion
pixel_not_set
Go to Top