Last week, the district court of Frankfurt/Main issued a verdict that Kuwait Airways was allowed to refuse an Israeli citizen on its flight. The decision gained widespread international news coverage: Amidst concerns about rising antisemitism in Europe, many parts of the public were alarmed by what the mayor of Frankfurt described as anti-Semitic discriminatory practices that violated German law and international standards. In the following we take a close look at the legal issues involved in this case and discuss whether or not it might have been possible to come to a different conclusion.

What actually happened that warranted this widespread outcry? The claimant had booked a flight from Frankfurt to Bangkok with a stopover in Kuwait City. When the airline learned that he was an Israeli citizen, it cancelled his booking, offering him instead to organise at its own cost a direct flight operated by another airline. The claimant refused the offer and demanded that Kuwait Airways accept him as a passenger on its flights or, alternatively, pay compensation for unlawful discrimination.

Here, we find two main strands of legal arguments. The first strand addresses the question whether it was legally possible for Kuwait Airways to fulfil its original contractual obligations. The airline argued that it was subject to Kuwaiti legislation from 1964 that prohibited the entering into an agreement with persons holding Israeli citizenship and provided for severe punishments in case of non-compliance. The court explicitly refused to consider whether that Kuwaiti legislation “made sense” or would be sustainable under the German and European legal order. Instead, it held that it was legally impossible for Kuwait Airways to carry the claimant on its stopover flight due its being subject to the Kuwaiti legislation.

The second strand of arguments concerned the question whether the airline’s treatment of the claimant was based on a ground that was protected under anti-discrimination law. Nationality is not protected under German discrimination law, while religion is (section 19 Allgemeines Gleichbehandlungsgesetz (AGG)). The court held that the claimant was not indirectly discriminated against on the ground of his Jewish religion. The contested behaviour was found in fact to be based on the claimant’s nationality, rather than his religion, since the Kuwaiti legislation referred to citizenship and not to religion. I.e. the airline would be allowed to carry passengers who identified themselves as Jewish as long as they were not Israeli citizens. The German court thus held that nationality was not a protected ground under German law and that the airline’s action did not amount to indirect discrimination on the grounds of religion.

To prove indirect discrimination, the claimant would have had to show that individuals identifying (or perceived to identify) as Jewish were put at a particular disadvantage by the airline’s ban against Israeli citizens. The counter-argument to this is that any individual who identified as or was perceived to be Jewish but was not an Israeli national would be accepted as a passenger on Kuwait Airways’ flights. In view of the evident numerical proportions between Jewish-identified persons holding Israeli citizenship and those who hold other citizenships, the claim of particular disadvantage appears unsustainable.

The court did not examine indirect discrimination on the grounds of ethnic origin which is prohibited both under German and EU law. The CJEU has described ethnic origin as referring to “the idea of societal groups marked in particular by common nationality, religious faith, language, cultural and traditional origins and backgrounds”. Defining the relevant ethnic group in this case would, in our opinion, be extremely difficult and the assessment of indirect discrimination on that ground would thus not be fruitful.

It is not the first time that Kuwait Airways is accused of discrimination on the basis of nationality from passengers that have Israeli citizenship. In 2013 Mr. Eldad Gatt, an Israeli citizen, attempted to book a flight with Kuwait Airways from New York JFK airport to London Heathrow. He was unable to complete the booking because Israeli citizenship was not included in the dropdown menu on the airline’s website. The US Department of Transportation (DoT) initially decided that no discrimination had taken place within the meaning of 49 U.S. Code 40127 requiring that a foreign air carrier may not subject a person in air transportation to discrimination on the basis of national origin. The DoT revised its decision in 2015 to the effect that Kuwait Airways had an obligation to comply with U.S laws including the prohibition against ‘unreasonable discrimination’ of ‘a person, place, port or type of traffic in foreign air transportation’ in 49 U.S. Code §41310.

One difference between the circumstances in the judgment delivered by the German Court and the US DoT is that the latter concerned a direct flight between the USA and the UK without a stopover in Kuwait. The DoT therefore decided that an air carrier did not have the right to deny passengers tickets and transportation between the USA and another state where they were legally allowed to land according to the laws of the receiving country. In contrast, the case before the Frankfurt state court involved an Israeli passenger who would have landed in Kuwait as a stopover, i.e. in a country whose laws do not recognise the state of Israel and thus views their citizens as stateless. This has to be read against the background of the Arab League’s boycott of Israel and means that an Israeli citizen would not be granted the necessary transit visa for a stopover in an airport in Kuwait.

But there is another difference between the US and German cases. It lies in the legal basis of the decision. The DoT based its decision on US legislation that prohibited air carriers from subjecting a person to unreasonable discrimination and Kuwait Airways as a foreign air carrier that provided air transportation in the US was subject to the US legislation. What is missing in German law is a prohibition against discrimination on the basis of nationality or a provision of equivalent effect to which the court could refer.

EU law and the Convention

Then why is the German Court not looking to EU law or international law for such legal basis? The present case in fact falls between three (or possibly more) chairs.

First, EU law contains a general prohibition against discrimination on the basis of nationality in Art.18 of the Treaty of the Functioning of the European Union (TFEU). However, it only applies to union citizens and the aim is to guarantee the freedom of movement of individuals within EU Member States.

Secondly, Art.21(2) of the Charter of Fundamental Rights of the European Union prohibits discrimination on the grounds of nationality. However, the Charter applies to EU bodies and Member States only when they are implementing Union law (Art.51). Clearly, the present case is not remotely concerned with implementing EU law.

Thirdly, Germany is obliged to protect basic human rights under several international human rights instruments. Art.14 of the European Convention of Human Rights (ECHR) prohibits discrimination on the grounds (among others) of nationality. The Convention applies to Germany as a signatory state in its vertical relationship towards individuals and does not apply to the horizontal relationship between the airline and the claimant. Moreover, German courts have neither a legal basis nor jurisdiction to rule on the compatibility of Kuwaiti legislation with the ECHR or the German legal order. What the German court did was to examine whether the conduct of the airline is in contravention of German law.

Moreover, Art.3 para.2 Anti-Racism Directive 2000/43/EC, which is the European law basis of s.19 AGG, explicitly excludes nationality as a protected ground. Religion, too, is not protected under that Directive. The Proposal Directive from 2008 would extend the scope of protection to religion, but has not been enacted so far. Note that despite the absence of protection of religion on EU level, religion is included in German anti-discrimination law in s.19 AGG.

Could there be alternative solutions? With the US DoT case in mind, it is worth considering German aviation law, the Luftverkehrsgesetz (LuftVG), for a possible solution. All airlines offering scheduled flights in Germany are obliged to enter into contracts of carriage with everyone who wish to do so, unless such obligation would be unreasonable (“unzumutbar”) (s.21 para.2 in conjunction with s.21a LuftVG). In simplified terms, one could say that the US legislation prohibited unreasonable discrimination while the German legislation allowed reasonable discrimination – the two regulations appear to be very similar in that respect. Would it therefore not have been possible for the German court to find that Kuwait Airways’ ban of the claimant was not reasonable and hence in breach of its obligation to contract? The German court apparently did not think so. It held that it was impossible for the airline to carry the claimant on its flight, because it was subject to the Kuwaiti legislation and faced serious repercussions in case of violation.

Why this difference in approaches? In our view, this is probably due to the different institutional natures of DoT and the German court. The US DoT as a governmental body is presumably in a better position to include broader political considerations in its decisions. In contrast, the Landgericht Frankfurt is part of the independent judiciary that is called upon to decide on individual cases and therefore less well positioned to take into account broad political arguments. In view of the highly contentious and sensitive nature of the political questions involved, the court presumably saw itself unable to enter a realm that should be reserved for political decisions by those who are democratically legitimised to it.

The dilemma in the Frankfurt case calls for legal decision based on a higher constitutional order. Germany’s “commitment and special responsibility to Israel as a Jewish and democratic state and to its security” could offer a basis for arguing that the German legal order regards the refusal to carry Israeli citizens on flights operated in Germany as a violation of their obligation under the LuftVG and that the airline could not rely on the exemption because the obligation is not “unreasonable”. Such findings would, arguably, be a question of German constitutional law that would ultimately need to be decided by the German Bundesverfassungsgericht.

A more pragmatic and effective solution might be found under the Air Services Agreement between Germany and Kuwait. Germany would be allowed to suspend the exercise of an airline’s operating rights in Germany or impose conditions, if the airline was in breach of German law.

This case displays the limitations of the judiciary in civil law systems developing the law beyond the material provided by legislators. The courts cannot and should not invent legislation, they have to work with the material that they are given. In the wake of current criticisms towards judicial activism, we acknowledge that the German court is cautious in interpreting and applying constitutional and human rights principles. The court was faced with this highly politically charged case for which there cannot be a good legal outcome. Since a resolution to the Middle East situation, which is at the root of this legal controversy, is not too likely in the immediate future, specific mention of nationality as a protected ground in German aviation law or a Constitutional Court ruling might be more plausible solutions.

Other posts about this region:
Deutschland, Israel und besetzte Gebiete 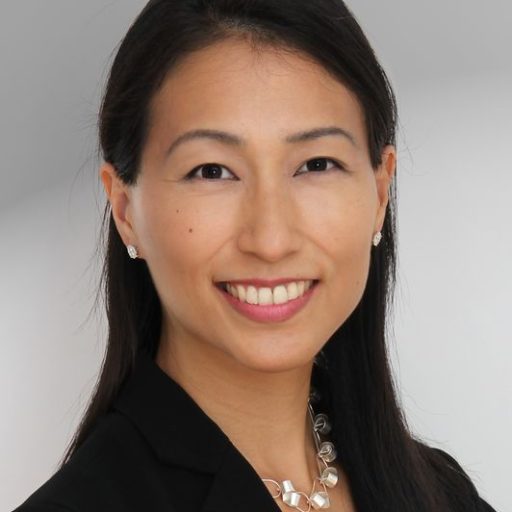 Maria Lee Maria Lee is a Research Assistant at the Institute for Legal Philosophy at the University of Vienna.

Amalie Frese Amalie Frese is a Postdoctoral Research Fellow at the Center of Excellence for International Courts (iCourts) at the University of Copenhagen.