The EU Regulatory Scrutiny Board and the Sustainable Corporate Governance Initiative

The EU Commission is expected to publish later this month its long-awaited proposal on Sustainable Corporate Governance, an initiative to ‘better align the interests of companies, their shareholders, managers, stakeholders and society’. Almost a year of delay and possibly some toning down of the legislative ambition can be attributed, in large part, to the double negative opinion issued by the EU Regulatory Scrutiny Board’s (RSB) on the Impact Assessment. In doing so, the RSB – a body whose absence from public debate seems largely disproportionate to its actual powers – has shown its teeth and incidentally revealed some of the shortcomings of its own mandate.

The RSB, in its current form, arose as part of the EU’s commitment to ‘Better Regulation’ in 2015. The ‘Better Regulation’ agenda sought to enhance regulatory accountability through impact assessments and to urge the Commission to explore alternatives to chosen policies. At least in the example of Green Deal measures, this promise seems to turn into its opposite, actually restricting policy options. Composed of seven members of high-level Commission staff and technical experts, the RSB is tasked with reviewing the impact assessments prepared by the Commission on its proposals. A positive opinion by the RSB is required for a proposal to be adopted and, if an impact assessment does not satisfy the RSB twice, this brings the proposal to a halt. In such cases, only a decision by the College of Commissioners can overcome the blockage and take the proposal further. These powers have made the RSB a central gatekeeper in the European legislative process. About every third opinion by the RSB is negative, while text analysis has shown that the RSB’s criticisms are taken seriously within the Commission and leave a strong mark on legislative proposals.

In this sense, the RSB’s negative opinions on the Sustainable Corporate Governance initiative of last May and December have been turning points for the legislative process. While the precise content of the proposal is not yet clear, the initial draft prepared by DG Justice has subsequently been watered down when DG Internal Market joined the file in 2021 after the first negative opinion. Moreover, time is essential in the current setting with many national legislators awaiting the EU initiative before moving ahead with national rules on human rights due diligence.

Generally, the Sustainable Corporate Governance initiative is set to follow two EU Parliament Resolutions, one on sustainable corporate governance, adopted in December 2020, and one on corporate due diligence and corporate accountability, adopted in March 2021. The goal of the former was, first, to enlarge the scope of application of non-financial reporting, defining materiality on the basis of environmental and human rights impacts and not only value creation, and linking the interpretation of environmental matters to the recent Taxonomy Regulation; and, second, to ensure that directors’ duties of care toward the company extend beyond the short-term maximization of shareholder value and instead include the long-term interest of both the company and societal interests. The latter Resolution on corporate due diligence and accountability requires large and other publicly listed companies to identify, address and remedy their impact on human rights and the environment throughout their value chains. Among other suggestions, the Resolution asks Member States to adopt a liability regime in which companies are held liable for any harm caused by undertakings under their control on human rights, the environment, or good governance. Inversely, if companies can prove that they took all due care, then they should not be held liable.

As the Commission is poised to bring forward the proposal within February, the debate about its eventual content has intensified. A number of NGOs have recently come forward calling for the Commission to commit to both human rights due diligence and reforms on directors’ duties. Human rights due diligence obligations  have found strong support in the public consultation organized by the Commission, even though the exact nature of the obligations remains a subject of debate, as business actors have resisted any expansions of civil liability regimes. What has been more controversial is the intention to amend directors’ duties, with negative reactions coming in the past year not only from business associations but also from commentators, including former UN Secretary General Representative for Business & Human Rights, the late John Ruggie, who pointed out the risk of overreach, if directors are framed as the cause of short-termism.

A Precautionary Principle for Social Risks?

In such a setting of conflicting views over how to regulate corporate conduct in the interest of sustainability, the de facto veto power of the RSB is by default an impediment to ambitious political projects. Switching register from the language of politics, social goals, and objectives, to the language of quantifiable assessment creates the illusion of political neutrality. Yet, as the critique of expertise in social and political sciences has repeatedly revealed, the language of expertise is far from neutral, obfuscating the different possibilities and methodologies in what to measure and how to quantify and taking for granted existing distributions of power and voice in – here law-making – institutions. More specifically, the role of the RSB has proven problematic for two main reasons.

First, RSB opinions and impact assessments are published only once the Commission has adopted the respective legislative proposal. In case of delays or if proposals are discontinued, RSB opinions will remain internal. In other words, the RSB can operate in secret precisely in those cases where it has the biggest impact on a given proposal, by blocking or filibustering its adoption. None of the two negative opinions on the Sustainable Corporate Governance Initiative are public and an application for disclosure by a group of MEPs around Lara Wolters has not been given suite yet. Transparency and the risk of corporate capture seem even more virulent after the same group of MEPs has revealed how the RSB faced “persistent and seemingly coordinated lobbying” in dealing with the Sustainable Corporate Governance file.

Second, the RSB’s opinions use an indeterminate review standard and methodology, and are surprisingly succinct and bold in tone when compared to the often-voluminous impact assessments. An alleged lack of factual, financial or legal certainty serves as a default argument that can be mobilized globally and with broad discretion. By requiring predictable and quantifiable effects, the RSB structurally privileges the status quo (‘baseline scenario’) over regulatory intervention. An anti-regulatory tendency has been observed since its inception. This effect is strongest on pioneering regulatory approaches for which – like in the case of the Green Deal components – no prototypes exist. The first RSB opinion on the Sustainable Corporate Governance initiative objected that ‘the problem description is vague’ and ‘does not provide clear evidence’ that current business practice is insufficient. The impact assessment on the Sustainable Finance package received two consecutive negative opinions, while the one on the reform of the Non-Financial Reporting Directive was criticized for its quantitative basis.

Here, the prudency of requiring predictable and quantifiable effects likely poses a limit to institutional experimentalism and new social and institutional imaginaries. Rather than inspiring a search for alternatives as intended in its initial mandate, the RSB narrows the scope of political options. The reason is that projecting and quantifying the effects of future-oriented legislation cannot be performed with a high degree of certainty when similar agendas have not been tried out in the past. In fact, the more experimental, transformative and redistributive a policy, the more likely it is to not follow an already trodden avenue of social action – an avenue which has resulted in the precise constellations of power the proposed policy seeks to disrupt. As such, a transplantation of the precautionary principle from environmental risks to social risks could result in locking-in existing distributions of wealth and power. Lastly, the insistence on predictable effects petrifies a narrow conception of law itself: portraying law as merely instrumental misses the crucial performative role of law in communicating and imagining a sustainable transformation.

Soon we will know how much the RSB has affected the Commission’s proposal. Time is ripe to rethink transparency, accountability, and mandate of a body that has become a bottleneck to some of the EU’s most important policies. 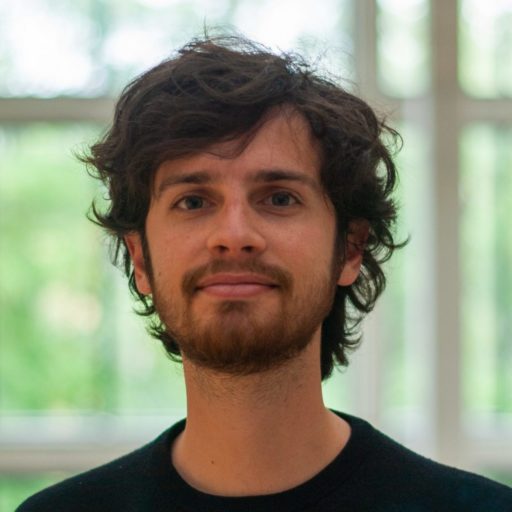 Other posts about this region:
English Articles, Europa, Regionen No Comments Join the discussion
Go to Top