It can be debated, whether it merely constitutes an act of “highbrow legalism” (as the chairman of the German Police Union put it) to enforce the non-discrimination rule in art. 3 par. 3 of the German Grundgesetz. The Superior Administrative Court of Rhineland-Palatinate in the city of Koblenz, however, ordered the supremacy of the Constitution over alleged necessities of police practice.

What had happened? In December 2010, an architecture student took a train from Kassel to Frankfurt, when two federal police officers entered the train to search for illegal immigrants. Said student turned out to be the only person on the entire train to be asked to reproduce his identity card in accordance with § 22 Abs. 1a BPolG. He was also the only person on the train with dark skin color. The police officers later admitted, that this had been the only reason for the identity check. Statistically, they said, there was a higher probability of catching illegal immigrants when checking upon people of color.

The Administrative Court of Koblenz, the court of first instance, could not find anything wrong in what the police officers had done. In a rather awkward ruling, the court did not even mention the core problem of the case, whether or not the plaintiff had been a victim of racist discrimination by the police. Instead, the court argued that the plaintiff had only been subject to a minor intrusion in his right to privacy when being asked to reproduce his identity card. This minimal intrusion could be outweighed by the legitimate aim to protect German immigration law, the Chamber wrote (opinion dated 28 February 2012, case number 5 K 1026/11.KO).

(In addition, the plaintiff faced criminal charges because he had compared the police action with “SS methods”. The Superior Court Frankfurt finally overturned the first instance ruling and acquitted the student.)

The Superior Administrative Court, on the other hand, hit the nail on the head: It characterized the architecture students’ treatment as “racial profiling”, which violates art. 3 par. 3 GG stating that that nobody may be discriminated because of her race (“Rasse”). This prominent fundamental right is a direct reaction to racism in Nazi Germany. Nobody’s personal freedom shall ever again be abridged only because of the color of his skin. According to most scholars, the state must not even discriminate when other constitutional values of highest importance are in peril. Mere aspects of efficiency, whatsoever, can surely never outweigh the ban of racial discrimination. Furthermore, alleged necessities are again most likely the result of plain stereotypes. But even leaving aside statistical questions, the integrity of German immigration law cannot be balanced against the constitutional prohibition of discrimination.

Secondly, “racial profiling” is unconstitutional because it violates a number of international treaties that were ratified by the Federal Republic of Germany. Most prominently, the UN Human Rights Committee has ruled that “racial profiling” violates art. 26 of the International Covenant on Civil and Political Rights (Rosalind Williams Lecraft v. Spain, communication no. 1493/2006):

“However, when the authorities carry out such checks, the physical or ethnic characteristics of the persons subjected thereto should not by themselves be deemed indicative of their possible illegal presence in the country. Nor should they be carried out in such a way as to target only persons with specific physical or ethnic characteristics. To act otherwise would not only negatively affect the dignity of the persons concerned, but would also contribute to the spread of xenophobic attitudes in the public at large and would run counter to an effective policy aimed at combating racial discrimination” (UN Human Rights Committee, ibid., par. 7.2).

The UN Human Rights Committee’s case had before been heard by the Spanish Constitutional Court. The Tribunal Constitucional, however, had found ascribed ethnic characteristics to be a valid indicator of a person’s nationality:

„(…) the police took the criterion of race merely as indicating a greater probability that the person concerned was not Spanish. None of the circumstances surrounding the incident suggest that the National Police officer’s conduct was dictated by racial prejudice or any particular intolerance of members of a specific ethnic group (…). The action taken by the police occurred in a place of transit, a railway station, where, on the one hand, it is not unreasonable to suppose that there might be a greater probability than elsewhere that people who are selectively requested for identification may be foreign; and, on the other hand, the inconvenience that any request for identification may cause is minor and a reasonably acceptable part of daily life. (…) Nor has it been proved that the police officers carried out the procedure in an inconsiderate, offensive way or gratuitously hindered the complainant’s freedom of movement (…), since they took only as long as was necessary to carry out the identity check. Lastly, it may be excluded that the police officers acted in an angry or strident fashion which attracted attention to Ms. Williams Lecraft and the persons accompanying her, making them feel ashamed or uncomfortable in front of the other people in the railway station (…). What might have been discriminatory was the use of a criterion (in this case a racial one) which bore no relation to the identification of the persons for whom the legislation stipulated the administrative measure, in this case foreign citizens” (quoted from UN Human Rights Committee, ibid., par. 2.6 fn. 1).

The Tribunal’s lack of sensibility for the discrimination at hand is irritating; all the more, since the judges stress, that there is no direct nexus between a person’s physical features and her nationality. But the Court did not draw any conclusions from this insight.

The judges in Koblenz, on the other hand, were up to the conditions of a post-migrant, mosaiced society. They declared the first instance’s ruling unconstitutional and imposed all necessary expenses on the Federal Republic of Germany. The ruling was appreciated by human rights initiatives that had worked on the case, including amnesty international, Deutsches Institut für Menschenrechte, Initiative Schwarze Menschen in Deutschland and Büro zur Umsetzung von Gleichbehandlung.

We will have to wait and see, whether police practices will henceforth be free of racial prejudices. At least open discrimination is ruled out now. 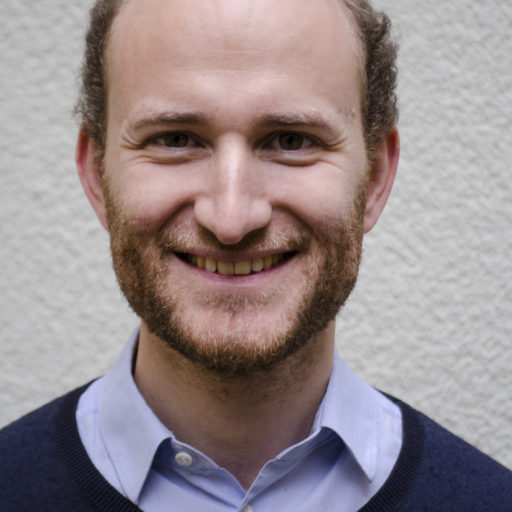 Alexander Tischbirek Dr. Alexander Tischbirek is a Research Assistant at the Chair of Public Law and Legal Philosophy (Prof. Dr. Christoph Möllers) at the Humboldt-University Berlin. He is an Associate Editor of Verfassungsblog covering matters of antidiscrimination, religious freedom and church-state relationship.

Tim Wihl Tim Wihl is a legal scholar and a guest professor in Political Science with a focus on Political Theory, Constitutional Theory and legal aspects at the Department of Social Science at Humboldt-Universität zu Berlin.