On October 13, a criminal court of first instance defied the authority of the Turkish Constitutional Court (TCC). A similar challenge to the TCC’s authority by a first instance court had occurred over two years ago. In present-day Turkey, however, it is wrong to see such fundamental violations of the rule of law as an unfortunate exception to an abstractly conceived system of rules. Rather, they should be considered as the manifestation of a well-functioning anti-rule of law system.

Beyond the doctrinaire explanation

As was already made clear over two years ago, the refusal by first instance courts to implement a TCC judgment is unconstitutional. It has been unfortunate in the meantime to see that Turkish constitutional(ist) commentators, in trying to make sense of what is going on, have been limiting their explanatory framework to normativism (the legal belief that duly enacted legal rules are/should be self-executing, no matter what is happening in the context in which those rules are supposed to apply) which simply leads them to explain how the first instance court’s action is legally incorrect and how the first instance court should have decided the case. These writers generally go on also to remark that it is unacceptable, in a state under the rule of law, to not follow a judgment rendered by the Constitutional Court (see, e.g., here, here and here) as such action harms the fundamentals of constitutional rule. In other words, in their opinion, law, no matter what is happening outside legal texts, is/should be taken to be a system of self-executing rules operating according to a hierarchy of norms and further thinking is to be based on this conception of law.

Yet, none of these commentators have been able to answer questions that have been gaining importance over the last couple of years such as, “How is it possible that first instance courts defy the authority of the TCC and get away with it? How is it that the TCC does not stand up for its authority? Why is it that other state actors are silent on this defiance? Can we reasonably predict the kind of cases where we will witness disobedience on the part of the first instance courts, or violations of the rule of law in general?” Considering this shortage in normativism, I would like to suggest here that, in today’s circumstances, the constitutional commentators (in Turkey and in other countries where the rule of law cannot be presupposed anymore) should primarily adopt an empirical approach instead of a normativist one so that they can truthfully claim to possess “constitutional knowledge”. In today’s circumstances, it does not make sense to take a normativist approach unless one has, in the first place, well-worked out empirical prepositions as the normativist approach is not applicable across all the legal scene and that the empirical approach would provide the normativist approach with information on whether it is worth engaging in normative thinking in a particular situation.

First, the question of which institutions breach the rule of law in Turkey. It is very easy to answer this question because since 2015-2016 all state institutions have been rule of law-violators from time to time. Not only the Executive (the Head of the State, the Ministers, the governors, the prosecutors etc.), but also the Legislature and the Judiciary at all levels have violated the rule of law. One should mention in this connection that the TCC itself contributed a great deal to an anti-rule of law culture. For example, it unconstitutionally dismissed two of its members. Even worse, this action by the TCC encouraged other institutions (judicial and non-judicial) to unconstitutionally dismiss their own members too.

Another prominent example is the case of Osman Kavala, a philanthropist, human rights activist and a prominent civil society leader who was detained in October 2017 with the allegation that he attempted to overthrow the Government by force and violence or to prevent its proper functioning by having been, in the view of the prosecutor’s office, the instigator and leader of the Gezi protests. Although Kavala filed a constitutional complaint against his detention arguing that none of his actions were criminal and therefore there was no “reasonable suspicion” as to his having committed a crime, the TCC upheld the first instance court’s decision with no reasonable legal argument. Kavala’s case was then brought before the ECtHR which not only found that Turkey had violated Kavala’s right to liberty but also that his detention was carried out for purposes other than those prescribed in the Convention (violation of article 18 of the Convention), namely to silence dissent. This and many other cases show how the TCC has been discouraging citizens from exercising their constitutional rights and how authorities have been getting away with not following the law.

Secondly, we should answer the question of when state authorities deviate from the law. This is also very easy to answer. They deviate from the rule of law in cases where President Erdoğan requires so (or appears to require so) and in cases where, given the authoritarian constitutional tradition of Turkey, state authorities have never been adequately held accountable anyway (for example, the factual power of policemen to randomly ask for identity cards without cause). Following the latest news about President Erdoğan’s wishes and reading a bit of Turkish legal history would help citizens to know and act upon the legal situation much more than reading legal texts and putting forth legal arguments. Erdoğan often makes his wishes quite clear and once he does, constitutional commentators should reasonably predict that norms cannot stop him from getting what he wants (see e.g. for such a public speech by Erdoğan, see the case of Kavala, para.61). The anti-rule of law takes action first and foremost against people who have the potential of creating effective opposition to the regime. People who used to be opposition actors but who gave up, go back to being a subject of the rule of law (e.g. Nazlı Ilıcak, a dissenting journalist, who was sent to prison, apologized to Erdoğan in a letter after spending some time in prison and then was released).

We can now put forth general empirical prepositions about the limits of the rule of law.

An interesting question is why first instance courts have challenged the TCC in the cases mentioned above and how they have gotten away with it. My tentative explanation is this: It is a fact that Erdoğan had not made strong statements against the individuals involved (unlike, e.g., Kavala) and they were not as much high-profile as other persons (like Ahmet Altan in the first case and Can Dündar in the second case, both journalists who have been governed under the anti-rule of law since Turkey’s dual state turn). In addition, the TCC might have taken it upon itself to defend the Constitution in situations where Erdoğan appears to have some sort of preference, but not a strong one. However, the first instance courts judges, as they have more career concerns than the TCC judges, are much more attentive to Erdoğan’s wishes (for example, the prosecutor who wrote the indictment of Kavala was quickly promoted). They are afraid that one day in the future the fact that they somehow “upset” Erdoğan can be used against them. They do not wish to leave their career to luck. Finally, Erdoğan does not seem to be bothered by what’s going on, which implies that he has chosen to side with the first instance courts in these cases. The fact that the Council of Judges and Prosecutors, captured by Erdoğan, does not start disciplinary proceedings against these judges is a sign of this (see here and here). This is the reason why the TCC could not stand up for its authority, as it is Erdoğan who ultimately decides where the anti-rule of law starts, and all state institutions should realign themselves accordingly.

The refusal of first instance courts to implement the TCC decisions cannot be regarded as an attack on the authority of an independent constitutional court conceived of as the last beacon of the rule of law because there exist no more contre-pouvoirs in Turkey. Rather, it should be formulated as a disagreement between dual state organs on where exactly the rule of law ends and the anti-rule of law begins.

In concrete cases (both about individual rights and allocation of powers among different authorities), commentators should thus first empirically ascertain whether Erdoğan has preferences, whether he appears to have changed his preferences over time, whether the persons and issues involved are high-profile and the kind of interests different state organs possess. Without this, one cannot convey knowledge about the functioning of the current regime in Turkey and, going one step further, one cannot reflect on how to change the way things are. 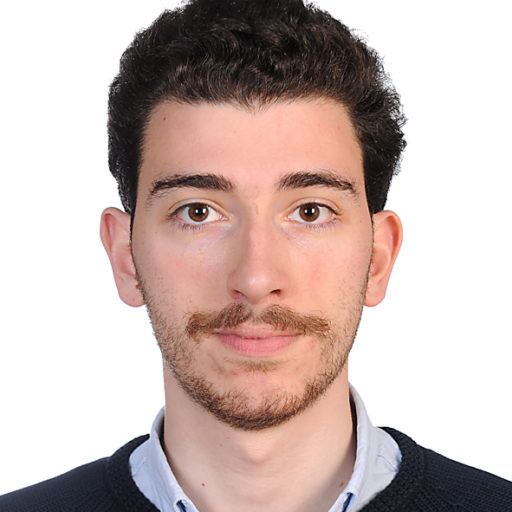 Artun Mimar Artun Mimar is a trainee lawyer at the Istanbul Bar Association.

Other posts about this region:
Türkei No Comments Join the discussion
to receive information about new articles and services of Verfassungsblog.de. I know that I may withdraw my consent at any time. More information in the privacy policy.
Verfassungsblog complies with the new GDPR.
Read about it in our Privacy Policy. I opt-out
permanently of anonymized tracking via Google Analytics on Verfasssungsblog.de. This will create a cookie on your device to save your decision.
Go to Top