EU law and international investment law are on collision course. The bone of contention is which court shall decide intra-EU investor-state disputes. While the ECJ indicated in its Achmea judgment that only itself and the domestic courts of the member states may decide such disputes, the Investment Tribunal in the Vattenfall case has now decided in the context of the Energy Charter Treaty (“ECT”) that Achmea does not preclude its jurisdiction. How did this clash of courts arise and how can it be resolved?

In its path-breaking Achmea judgment, the ECJ found that international treaties which shift the jurisdiction for disputes relating to EU law onto external investment tribunals contradict the EU‘s federalized legal system. More specifically, the ECJ held that arbitration clauses in bilateral investment treaties between EU member states (“Intra-EU-BITs“) interfere with the autonomy of EU law which comprehensively safeguards the ECJ’s final interpretive authority in matters of EU law (cf. para. 58). Although the Achmea decision explicitly refers only to Intra-EU-BITs, its broad reasoning also seems to apply to intra-EU disputes under the ECT. Against this background, Daniel Thym has already interpreted Achmea sweepingly as a Death Sentence for Autonomous Investment Protection Tribunals (in German, see here).

How would investment tribunals established under the ECT respond to this invasive ruling by the ECJ? To put this into context: The ECT is a multilateral treaty with currently 53 members, of which all EU member states (except Italy), EURATOM, the EU itself and several third countries are parties. It focuses on the protection of foreign investors and the possibility of dispute resolution by investment tribunals. Pursuant to Art. 26 ECT, an investor may bring investor-state disputes before an investment tribunal. No other arbitration clause has been invoked as often by investors worldwide as Article 26 ECT. One of those proceedings concerns the ICSID investor-state litigation between the Swedish energy company Vattenfall and Germany. Following the policy decision of the German government to phase-out nuclear power in the aftermath of the Fukushima nuclear power plant disaster, Vattenfall asserts claims for damages amounting to 4.7 billion euros.

The Tribunal’s decision: Does the Achmea ruling apply to the ECT?

In its decision of August 31, 2018, the Investment Tribunal concludes that the Achmea ruling does not preclude the Tribunal’s jurisdiction. While acknowledging that “there is a certain breadth to the Court’s wording, addressing provisions ‘such as’ the dispute resolution provision of the BIT in that case”, it concludes that “it is an open question whether the same considerations necessarily apply to the ECT” (para. 161). In the end, the Tribunal rejects the applicability of the Achmea ruling to the ECT on the basis of institutional considerations, arguing that “[i]t is not for this Tribunal to extrapolate from the ECJ Judgment […] or to decide which other scenarios would pose the same EU law concerns as those that the ECJ found in relation to the Dutch-Slovak BIT” (para. 164).

This reasoning, however, is at least questionable. According to the ECJ’s Achmea ruling, ISDS arbitration clauses in Intra-EU BITs interfere with the autonomy of Union law on three conditions: i) the interpretation of EU law by an external judicial body, ii) the inadequate safeguard of the ECJ’s final interpretive authority and iii) the impairment of the principle of mutual trust (para. 58). These conditions are also met in intra-EU disputes under the ECT. First, an investment tribunal would at least potentially interpret EU law. In fact, this is precisely what happened in Vattenfall. Secondly, it is not assured that investor-state disputes are brought before the ECJ because investment tribunals cannot be, according to the Achmea decision, „regarded as a ‘court or tribunal of a Member State’ within the meaning of Article 267 TFEU“, which would be entitled to submit questions to the ECJ for a preliminary ruling (para. 49). Thirdly, in intra-EU disputes under the ECT the principle of mutual trust is affected because these disputes are outsourced from national courts to investment tribunals.

The Tribunal in Vattenfall stresses several formal differences between the ECT and an Intra-EU-BIT, in particular that the “ECT is a multilateral treaty” and that “[t]he wording of Article 26 ECT is different to Article 8 of the Dutch-Slovak BIT”. However, these differences alone do not justify a different legal assessment. Besides Art. 351 TFEU (see here for an analysis in German), there is no basis in EU Treaty law to differentiate between international agreements concluded by the EU with third countries on the one hand and agreements concluded by the member states on the other hand. Hence, there are good arguments to assume that the ECJ’s reasoning in Achmea applies to the ECT. Nevertheless, the Investment Tribunal’s judgement in Vattenfall is not surprising: From an institutional perspective, an investment tribunal is not required to speculate about whether the ECJ’s reasoning applies to the ECT if he ECJ does not explicitly state so itself. The legal uncertainty concerning the scope of the Achmea judgment is caused by the ECJ’s short and apodictic reasoning and should be resolved by the ECJ itself.

The Tribunal’s conflict of laws analysis

Via obiter dictum the Tribunal finally engages in a conflict of laws analysis, examining several conflict clauses of public international law to assess whether EU law prevails over the ECT in the case of conflict. At the center of the Tribunal’s analysis is Art. 16 ECT which essentially provides that an international agreement that does not treat investors more favorably than the substantive and procedural investment protection standards of the ECT cannot modify Article 26 ECT inter se.

The Tribunal invokes Art. 16 ECT in two alternative ways: First, it refers to Art. 16 ECT in the context of Article 41 VCLT which provides that „[t]wo or more of the parties to a multilateral treaty may conclude an agreement to modify the treaty as between themselves alone if […] (b) the modification in question is not prohibited by the treaty“. According to the Tribunal, Art. 16 ECT prevents the ECT from being modified to the detriment of investors through subsequent EU Treaties (para. 221). Second, the Tribunal relies on the lex specialis rule to assess whether it should apply Art. 16 ECT or Art. 351 TFEU as a conflict clause, concluding that Art. 16 ECT as “the clearer conflict rule” must prevail over Art. 351 TFEU. However, the lex specialis principle of general public international law does not seem suitable for solving a regime conflict between two different self-contained regimes. In fact, self-contained regimes such as the EU or the international investment law regime tend to have conflict clauses that are favorable to their own law – the EU conflict clause of supremacy favors EU law, Art. 16 ECT favors investor concerns over non-investment concerns. This is why norm conflicts between two different self-contained regimes are best resolved by applying the conflict clauses of general public international law, especially Art. 41 VCLT. While Art. 16 ECT plays a role in the context of Art. 41 VCLT, it is not correct to apply Art. 16 ECT as a conflict clause in a norm conflict with EU law.

Art. 41 VCLT lays down a variation of the pacta tertiis rule to protect parties to a multilateral treaty such as the ECT from modifications through a subsequent treaty to which they are not a party, provided that the original treaty prohibits such modifications. On this point, the Tribunal’s reasoning is correct: From the perspective of general public international law, as exemplified by Art. 41 VCLT, “Article 16 poses an insurmountable obstacle to Respondent’s argument that EU law prevails over the ECT” because “Article 16 confirms the effectiveness of Article 26 and the Investor’s right to dispute resolution” (para. 229). While the ECJ’s reasoning in Achmea is entirely based on the constitutional character of EU law, the conflict of laws rules of public international law were crafted in accordance with the principle of sovereign equality of states: Hence, they treat international treaties „equally“. According to this yardstick, even the TEU or the TFEU cannot simply override the strong investor protections set forth in the ECT. In sum, the Tribunal’s conflict of laws analysis ultimately reaches the right outcome but for – partially – the wrong reasons.

The decision of the Investment Tribunal in the Vattenfall case will likely lead the way for future investment tribunals in determining the relationship between EU law and the ECT. Of course, the consequence is that Art. 26 ECT is inapplicable to intra-EU disputes from the perspective of EU law but applicable from the perspective of public international law. It is the national courts which may tip the scales in this upcoming regime collision between the ECJ on the one hand and the investment tribunals on the other. Investment tribunals are no transnational creatures, but they critically depend on the law of the place of arbitration, on enforcement, and thus on national courts. Given the supremacy of EU law, member state courts are required to set aside any provision in conflict with EU law, including provisions in international treaties such as Art. 26 ECT. But if Art. 26 ECT is inapplicable, there is – due to the ex tunc-effect of ECJ judgments – no arbitration agreement and hence no legal basis for the arbitration proceeding.

In the Vattenfall case, commentators expect the Investment Tribunal to render a final award on jurisdiction, merits and damages by the end of this year. The outcome will not only be relevant to the ECJ, but also to the Bundesverfassungsgericht which had concluded in a landmark decision that Vattenfall was entitled to damages as a result of the nuclear power phase-out, and more generally, to the legitimacy of international investment law. What happens to the award, if the Tribunal decides to render one, and how the regime collision between EU law and international investment law plays out, will ultimately depend on the decisions of national courts at the level of enforcement in each individual case – at the cost of legal certainty. 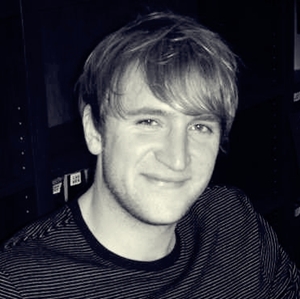 Andrej Lang is a research assistant at the Chair of Public, European and International Law at the Martin Luther University Halle-Wittenberg.

Other posts about this region:
Europa 2 comments Join the discussion
to receive information about new articles and services of Verfassungsblog.de. I know that I may withdraw my consent at any time. More information in the privacy policy.
Verfassungsblog complies with the new GDPR.
Read about it in our Privacy Policy. I opt-out
permanently of anonymized tracking via Google Analytics on Verfasssungsblog.de. This will create a cookie on your device to save your decision.
Go to Top