At this point, it is almost trite to say that the invasion of Ukraine has thrown the world order into tailspin. Unimaginable steps have been taken by the European Union and its Member States in the weeks since the invasion. These steps have already started to have significant consequences for discussions on the future of EU constitutionalism. Arguably, the appetite and political will for change is unprecedented and could serve to unplug EU constitutionalism from its sclerotic tendencies – it must be capitalised on.

European legal scholarship should rise to this challenge by employing new critical viewpoints on what the future of a new European order could look like and how it could be constitutionally accommodated or even redrawn. The European family, a term bandied around frequently these last weeks, is eating dinner at the same table again. Maybe, just maybe, this is not just an extraordinary political moment, but also an immense constitutional one.

For starters, European Union Law’s genealogical anxiety needs to be addressed, and fast. Constitutionalism should be engaging in a constant re-interpretation of its past to understand the values at its backbone with a view to projecting itself towards the future. The invasion of Ukraine, and the narrative that continues to accompany it, has made this an imperative. Putin even attempted to capitalise on this in his speech declaring the invasion.

Putin’s war has given the European Union back its ‘Other’. Yes, Russia has always been a competing hegemon; a yardstick against which the EU has measured itself (and, often, its values). But the immediate post-Soviet era blurred lines that previously enabled this differentiation, at least, for many (not all) of the EU’s Member States. Particularly, with Germany’s long-standing Russia policy in pieces, these lines have been clearly and, arguably irrevocably, redrawn.

In the last weeks, Putin has repeatedly levelled anti-(European) colonial messaging to justify Russia’s imperial exploits as a moral imperative. Never has it been more critical to engage in introspection on the front with history, identity, and memory back at the centre of the conversation on what the future of the European legal and political order holds. Long-held geographical, historical, and intellectual vantage points of the EU that are open to challenge and should force scholarship to engage in understanding EU law beyond its post-fascist foundational mythology. The narrative has been an exclusionary factor for much of the Central and Eastern European (CEE) Member States. Indeed, it is a known fact that much of CEE sees the Interwar Period (1920s) as formative and definitional; a fact that has been conveniently brushed aside by European elites. Recognition that this mythology allows the ‘core’ European narrative to prevail while suppressing another would not suffice on its own. To acknowledge and confront this, extensive decoloniality of the structures and systems of legal knowledge must take place. The EU arguably turns on a particular hegemon’s (‘core’) narrative (arguably German), which does not have widespread buy-in across European citizenry. Fundamental constitutional change could do away with the notions of a ‘First’ and ‘Second’ Europe – diplomatically termed multispeed – that has, whether we like it or not, remained pervasive in EU constitutionalism (for instance in discussions on the rule of law, and the use and abuse of constitutional identity). The contention must be as extensive as it is pervasive but requires the political and legal sphere to come together if it is to reap reward. The main ingredient of this change in approach would be to ensure a constitutional inclusivity that is indisputable.

A Constitution for the New European Order

The only way I see this happening is if a new constitution for Europe is drafted; one which expands on the hard, value questions in an inclusive manner – inclusive beyond just current Member States but also to prospective ones. With extensive enlargement on the horizon, there can be no room for spuriousness and ambiguity, not just in the technicalities of the accession process, but in the way political conditionalities are understood and applied. Past processes have done precious little to alleviate the systemic legal and political asymmetries that have haunted the EU to this day. It would be a mistake not to change tack. The drafting of a new constitution for Europe would resonate well with the new order the EU and its Member States seem to be engendering as we speak. This new order should be decolonial, if it is to be credible and sustainable. Otherwise, it will continue to fall prey to colonialities of power that have continuously structurally and intellectually undermined it. Values cannot be seen to be a Western import, or neo-imperialist mimicry, if they are to be implemented, shared, and protected. European constitutionalism is not a ‘civilising gift’.

Unity is a hard-won enterprise. A European unity built from the ashes of war requires a daily choice by Member States to rally around European values. European values, as they are often perceived today, currently assume a ‘standard of civilisation’ crafted through carefully constructed conditionalities that are not (for obvious reasons) unaffected by colonial and imperialist sentiments. This continues to mount a huge challenge in the development of EU law as seen, for example, in the rule of law crisis (though not exclusively).

Ukraine Belongs to Our European Family

The pull of ‘Western civilisation’ as propagated by the European Union’s ‘West’, though thought to be on its last legs, remains an embattled utopia; one that evidently attracts aspiration as we have seen in Ukraine, Georgia, and Moldova over the last decades (and with gusto in the last days). Insofar as this continues to be the case, normative power Europe continues to flicker in the (now ever-reachable) distance. Though its brightness dimmed considerably – corrosive autocracy in many parts of the European Union has been compounded by lack of local buy-in and disenfranchisement encouraged by so-called populist narratives.

As Sajo remarks, though often seen as the opposite of democracy, the fact that autocracy has emerged across Europe should be taken as evidence of the possibility of the authoritarian tendencies of Western constitutionalism itself. It should also serve to enable the doing away with oversimplifications of values that resonate against what is good and what is evil. The EU would do well to keep this in mind as it sets its sights on enlargement to tap into the extensive and transformative character of the values articulated in Art. 2 TEU in a manner that avoids the weaponization of these values. It must move past the rhetoric of 1989. The European path can be mutually redefined and constructed. What is taking place now may be the most favourable time to engage in a transformative constitutional moment that collectivises and clarifies European integration in decades. Moreover, enlargement of this magnitude would make unanimity completely untenable. Doing away with it would possibly be more palatable in this extraordinary context, even to those Member States seen previously as intractable.

If it is to meaningfully expand ‚eastwards’, the EU no longer sees Eastern European countries as post-Soviet states in the prism of a Cold War logic. This is a two-way street – Ukraine, Georgia, and Moldova should not fall into this trap either. European Union membership, and the conditionalities it imposes, need to exist within a permanent, protective framework that holds all Member (and candidate) States constantly to account before and after accession beyond what is currently available (c.f. Art.7 TEU). The upholding of values should not be seen as an impassive and inert box-ticking exercise – it is a fundamental part of the political, social, and cultural contract of Europe. Values are also not monolithic. The accession processes to come should strive for wholesale re-evaluation of the meaning of this European path, which is long overdue; they should offer a seat at the European family’s table in shaping it.

The EU’s internal semi-periphery or ‘Second Europe’, which is currently playing an active role in the Ukraine crisis, will likely experience a sea change in perception – perhaps this will open doors in, for example, the rule of law crisis; perhaps it will close some. The hesitation in many (mostly ‘Western European’) Member States to take major strides in fast-tracking Ukrainian accession is not unsurprising, but the unprecedented willingness to engage is.

Now Is the Time

Only three weeks ago, I would have spat out my tea if any such suggestion of a new constitution for Europe reached my ears. Now it does not seem as implausible or naive as before. To be clear, I am not here calling for a doing away or watering down of Art. 2 TEU values. Very much to the contrary, I am suggesting that these embattled values are articulated clearly and unequivocally through a new and decolonised constitutional process that cannot be accused of being part of an exclusionary mission civilisatrice.

Withstanding the test of time and, particularly, the test of further enlargement, requires that the EU takes a quantum leap to make its constitutional trajectory sustainable. Will European legal scholarship rise to the challenge of daring to drastically reimagine it.

DOWNLOAD PDF
LICENSED UNDER CC BY SA
SUGGESTED CITATION  Orlando-Salling, Jenny: Reimagining a European Constitution: Why Putin’s War Could Be a Major Constitutional Moment for the EU, VerfBlog, 2022/3/15, https://verfassungsblog.de/reimagining-a-european-constitution/, DOI: 10.17176/20220316-001045-0. 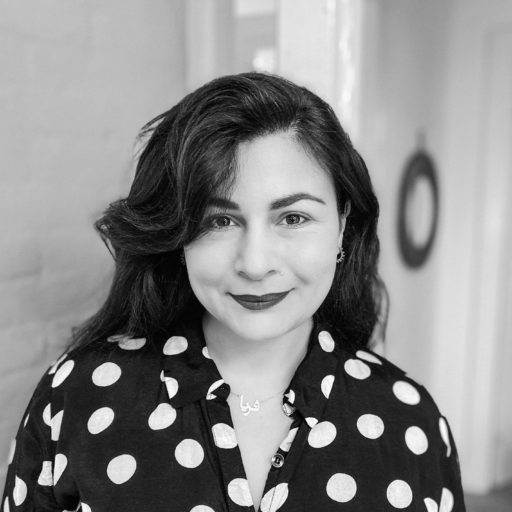