An Individual MEP’s standing before the EU Courts

On 10 October 2022 MEP René Repasi lodged an action for annulment against the complementary taxonomy delegated regulation 2022/1214. The same regulation is also challenged by Austria, a privileged applicant under Article 263 TFEU. As a result, the General Court will in any event be required to verify whether the Commission has respected the limits to its delegated powers under Article 290 TFEU. That is an interesting question since the EU courts at times still struggle with the application of the essential elements doctrine resulting from Article 290 TFEU. Still, this post will focus solely on the issue which MEP Repasi himself has noted is the most innovative of his action, namely the question whether an individual MEP has special legal standing to challenge an act (of the Commission) that affects how that MEP fulfils his parliamentary function.

The argument in favour of standing

The main argument has been set out elaborately and eloquently by MEP Repasi but the crux of the challenge is that an MEP should be considered to be both directly and individually concerned by a delegated act when that act touches on the essential elements of its ‘parent’ legislative act.. This would be so because an MEP has an individual right to participate in the ordinary legislative procedure (OLP), a right which is wiped out when the Commission intrudes on the domaine réservé of the legislator. From this perspective, an individual MEP would be directly concerned by such an act since his/her legal position would be changed, the MEP not being able to table amendments to a delegated act, while  (s)he would be able to table such amendments in the OLP. That MEP would also be individually concerned because (s)he stands out from other natural persons by virtue of a certain attribute peculiar to her/him, namely the MEP being directly elected to the European Parliament.

The argument against granting semi-privileged standing to MEPs

It may, however, be doubted whether an MEP, in the circumstances as sketched above, indeed meets the cumulative standing requirements of direct and individual concern. Under the Courts’ well-established case law, direct concern means that a measure produces direct effects on a party’s legal position (para. 61). However, an MEP’s individual right to table amendments is a right created under  the EP’s Rules of Procedure, i.e. its internal measures of organization. Such measures do not create rights vis-à-vis other ‘outside’ institutions. The delegated regulation cannot be said to directly affect these rights either since the delegated act does not as such modify, or diminish in any way, the rights connected with an MEP’s mandate. As to whether an MEP is individually affected by a delegated act, it should be recalled that for measures of general application it is not sufficient to show that an individual (here an MEP) belongs to a closed group (see para. 94). Instead, under the Plaumann-test a party must show it is differentiated from other persons who are capable of being directly concerned by the contested act (see para. 63). Therefore, even assuming that the rights connected with an MEP’s mandate are affected, an MEP would have to show how their situation stands out from that of other MEPs.

Can a new category of semi-privileged applicants be identified praeter legem?

If the above assessment is correct, it is clear that the action brought by MEP Repasi would require the Court to not simply clarify an as of yet untested scenario, but rather to alter its well-established case law (at least in relation to MEPs). MEPs would effectively be turned into semi-privileged applicants that have standing to safeguard their (individual) prerogatives similarly to the Committee of the Regions, the ECB and the Court of Auditors who have standing to safeguard their institutional prerogatives. The praeter legem introduction of this new category of semi-privileged applicant would, however, be difficult to square with the Treaty authors’ intentions. During the Convention, suggestions were for instance also made to give national parliaments (para. 27) and even federal entities within Member States (p. 4) direct access to the EU Courts, but such suggestions did not make it to Article 263 TFEU, arguably reflecting a clear wish to keep the category of semi-privileged applicants limited. Also, any analogy with the famous Les Verts case seems unhelpful here. In Les Verts, the Court read the passive locus standi of the EP into the Treaty (praeter legem) in order to close a gap in the Treaty itself. Here however, there is no gap in the Treaties, since it is perfectly possible to challenge the validity of the Commission’s delegated regulation.

In light of the underlying logic of the proposed relaxation of the standing requirements for MEPs, it is unclear how one could limit it to only these two scenarios. The choices between relying on either a delegated act or a legislative act or the choice between the ordinary legislative procedure or a special legislative procedure are not the only ‘delimitation’ problems with ramifications for an individual MEP’s rights. Rather, the EU’s system of acts is marred by such problems. The problem equally pops up in other ‘delegation’ constellations such as when the choice has to be made between a delegated or an implementing power, since an MEP’s scrutiny powers over implementing acts is lower than those over delegated acts. It also applies to the choice under Article 291(2) TFEU to grant an implementing power to either the Commission or the Council, since the Parliament has a right of scrutiny over the Commission, but not over the Council. Pursuing the same underlying logic would also mean that an MEP could potentially bring not only the Commission (when a delegated act is challenged) or the Council (when a ‘special’ legislative act is challenged) before the Court, but also the Parliament itself when, for instance, the Parliament as co-legislator decides to grant an implementing power to the Council rather than to the Commission or when it grants implementing powers to the Commission without prescribing a comitology procedure (see eg recital 15). In the latter case, an MEP also ‘loses’ the scrutiny powers which are granted to the European Parliament under Article 11 of the comitology regulation.

These ramifications will have to be considered by the EU Courts when they entertain the suggestion to give more privileged access in the action for annulment to individual MEPs. To be clear, we do not take a position on the question whether such access would be desirable or effective to bolster the (democratic) legitimacy of the EU. In different national legal systems, notably Germany and France, there are specific arrangements granting standing to (minority) factions of members of parliament, precisely to keep a check on a majority within parliament. De lege ferenda arguments may thus be made to introduce, through Treaty amendment, a similar system in EU law. As the law stands, however, this possibility is alien to EU procedural law and it would require the Court of Justice, which has continued to restrictively interpret standing requirements under Article 263 TFEU, to have a rather fundamental change of heart in order to accept it. 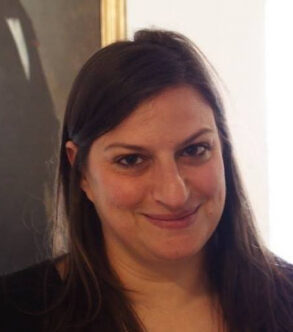 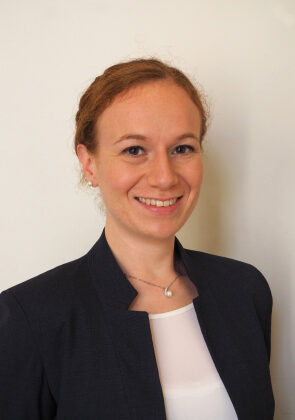