Fighting COVID 19 – Supportive Measures for Employees and Enterprises in China

Three months after the first case of COVID-19 reported in Wuhan, Hubei Province, China is presumably approaching its final stage of domestic control, and its present policy focus is on restoring the country to its normal running. China’s current relatively stable condition on the virus, undoubtedly, is hard-earned. Restrictive measures to fight COVID-19, typically including traffic restriction, work ban and events cancellation, have brought about profound economic implications on individual employees and enterprises. In this blogpost, I will review the legal basis and scope of these measures, followed by an examination of supportive measures for financially affected employees and enterprises respectively.

The primary legal bases for government restrictive measures to fight against COVID-19 include the Prevention and Treatment of Infectious Diseases Law and the Emergency Response Law of the PRC. Under Article 41 of the Prevention and Treatment of Infectious Diseases Law, local governments at or above the county level may isolate places or persons within specific areas where severe infectious diseases occur, subject to the approval by the government at the next higher level. Articles 42 and 43 authorize local governments at or above the county level to declare part or whole of an administrative area as an ‘epidemic area’ and take urgent measures when necessary, subject to the approval by the next-higher level government. These urgent measures include: (1) restricting or suspending fairs, cinema shows, theatrical performances and other types of mass gathering; (2) suspension of work, business and school classes; (3) closing or sealing off public drinking water sources, foodstuffs and relevant objects contaminated with the pathogens of infectious diseases; (4) controlling or wiping out wild animals, domestic animals and fowls infected with epidemics; and (5) closing the places where the spread of infectious diseases may be caused. Additionally, according to paragraph 2 of Article 43, provincial governments may decide a lockdown of an epidemic area. If the epidemic area involves a large or medium-sized city or a cross-provincial region, or the lockdown can interrupt major traffic lines or block national frontiers, the decision shall be made by the State Council (the Central Government). Emergency Response Law also applies, Article 45 of which provides that local governments may shut down or restrict the use of places that are liable to the damage by an emergency incident, as well as control or restrict activities in public places that may lead to enlargement of damage.

Here is a brief timeline of China’s restrictive government measures: On 23 Jan 2020, Wuhan Headquarter for Prevention and Control of the New Coronavirus Pneumonia Epidemics announced the suspension of municipal and outgoing transportation, which marked the de facto lockdown of the city, despite that Wuhan had not been declared as an ‘epidemic area’ de jure as the Prevention and Treatment of Infectious Diseases Law requires. On the same day, several other cities in Hubei Province made similar traffic restrictions, and provinces including Zhejiang, Guangdong and Hunan declared the highest level of emergency response, with measures such as shutting down tourist attractions and gathering fairs immediately implemented. It is noteworthy that the date was right before the eve of Chinese New Year, when most people were away from work for the spring holiday that began on 24 January and was supposed to end on 30 January 2020. Several days later, on 27 January, the Office of State Council announced that the spring holiday shall be prolonged to 2 February to prevent the coronavirus spread.

This de facto national work ban was supplemented by specific local decisions. By 2 February, more than 19 provinces or large cities in China had issued policies requiring enterprises not to resume production or business prior to 24 pm on 9 February, except for those necessary for securing the national economy, people’s livelihood or control of the epidemic. Hubei Province initially postponed the date for resumption of work or production to 14 February, and the provincial work ban was later prolonged for one more week.

It is reported that 47% of enterprises resumed operation on 10 February, and about one third of enterprises were then uncertain about the prospect of their business. Economic implications of traffic restriction, work ban, events cancellation have been salient: industries such as catering, accommodation, entertainment and tourism have been significantly impacted. For the spring holiday only, loss of profits in the catering industry is estimated as 500 billion RMB. The overall unemployment rate also jumped to 6.2 per cent for the first two months of 2020.

One financial concern for employees affected by COVID-19 is the applicable payment standard during the de facto work ban. Rules are not entirely clear. At the central government level, according to the State Council, the additional three days for spring holiday from 30 January 2020 to 2 February are deemed as days of rest. According to Article 44 of Labor Law of the PRC, during days of rest, employees have the legal right to refuse the employer’s request to work and shall have double pay for working if no rest can be rearranged afterwards. However, at the local level, the legal nature of the prolonged work ban which extends beyond 2 February has been not universally defined by local governments. Shanghai made it clear that the local work ban counts as days of rest, so that double pay should apply for any work conducted during this time. Most local governments, however, made no clarification in this regard.

On the other hand, there have been well-articulated rules intended to protect employees against coronavirus related financial risks after the government work ban ends. Two major scenarios are discussed here.

First, after the government work ban ends, if an enterprise has resumed its business but its employee is still placed under medical observation, treatment or quarantine measures, or the employee cannot return to work due to government measures such as traffic control, the enterprise shall make normal pay to the employee as if they were working. This rule is footed on Article 41 of Prevention and Treatment of Infectious Disease Law, Article 21 of Tentative Provisions on Wages Payment and Notice Concerning Properly Handling Labor Relations during the Prevention and Control of the Outbreak of Novel Coronavirus Pneumonia (COVID-19) issued by the General Office of the Ministry of Human Resources and Social Security on 24 January 2020. The last policy document also prohibits employers from unilaterally terminating the employment contract on the basis of Articles 40 and 41 of the Labor Contract Law of the PRC during the period of medical observation, treatment, quarantine or government restrictive measures. If the employment contract expires within such period for restrictive measures, the employer should accordingly extend the contract until the period ends.

Second, according to the same Notice by the General Office of the Ministry of Human Resources and Social Security on 24 January, if after the government work ban ends, an enterprise still suspends operation or production due to coronavirus and the suspension period is shorter than a wage payment period (usually one month), the employees will continue to be paid according to the normal standards set forth in the employment contracts. If an enterprise confronts severe difficulties such that its business has to be suspended longer than a wage payment period, employees who work as normal to support the enterprise shall be paid no less than the local minimum wages. For those employees who are unable to work as normal, the employer enterprise shall subsidize their living expenses, the specific standards of which are set by provincial governments, ranging from 60% to 100% of local minimum wages.

Overall, protection of employees against financial risks incurred by COVID-19 is a prioritized policy concern, and costs are currently placed on employers. This arrangement is rightly criticized as imposing excessive burdens on enterprises, which tends to offset the effects of other government measures aimed at supporting enterprises affected by the outbreak of COVID-19.

So far, there seems no special mechanism to directly indemnify enterprises’ economic loss incurred by work ban during the COVID-19. Nevertheless, governments have taken several steps to mitigate the financial burden and facilitate the recovery of enterprises.

At the central government level, most financial policies are to guarantee credit financing, alleviate enterprises’ expenditure and ensure resumption of production and business. For example, on 31 January 2020, the People’s Bank of China, the Ministry of Finance, the China Banking and Insurance Regulatory Commission, the China Securities Regulatory Commission, and the State Administration of Foreign Exchange jointly issued the Notice on Further Strengthening Financial Support for the Prevention and Control of the Epidemic of Novel Coronavirus Pneumonia, which required that financial institutions should not blindly limit, rescind, or reduce loans for micro-and-small-sized enterprises. For enterprises severely impacted by the outbreak, their loans should be extended or renewed. On 6 February, the Ministry of Finance and the State Taxation Administration issued the Announcement on Relevant Tax Policies Supporting the Prevention and Control of the Outbreak of Novel Coronavirus Pneumonia, which stated that for enterprises in four industries severely affected by COVID-19 including transportation, catering, accommodation and tourism, the maximum period for carrying forward losses is extended from five years to eight years.

On 20 February, the Ministry of Human Resources and Social Security, the Ministry of Finance and the State Taxation Administration jointly issued the Notice of Temporary Reduction and Exemption of Social Insurance Premiums Payable by Enterprises, which authorized the provincial governments to temporarily reduce or exempt the enterprises’ contributions to the premiums of their employees’ social insurances for 5 months. Enterprises that encounter severe difficulties in production and operation as affected by the COVID-19 outbreak may apply for the deferred payment of social insurance premiums for six months. The Policy Guidelines –to Support Small-and-medium-sized Enterprises (SMEs) in Responding to COVID-19 issued by Ministry of Industry and Information Technology on 19 March strengthened previous government measures. Additional re-loans, rediscount or special credit loan amounting to 850 billion RMB are made available to SMEs through policy banks or other financial institutions, and local reduction in tax, utility charges, property rents and social insurance premiums is consistently promoted.

At the subnational level, governments have taken more elaborated measures to implement central policy guidelines. For example, to stabilize employment and at the same time reduce labor costs to enterprises, Shandong province provided subsides for enterprises that resumed operation prior to 10 March, and Henan Province rewards 50% rebate of unemployment insurance premiums to enterprises if they successfully avoid or minimize layoffs. Hainan Province, in cooperation with insurance companies, innovatively devised ‘Comprehensive Insurance for Prevention and Control of Epidemics’ to protect enterprises against the financial liability incurred by COVID-19 infection.

If employees are suspected or confirmed as COVID-19 cases and are placed under medical or quarantine measures, in which case the enterprises concerned shall pay normal wages according to the current law, the latter can claim compensation from insurance companies for at most 6000 RMB per person per month. This insurance also covers the enterprise’s liability to pay medical fees for its employees infected by COVID-19 as well as economic loss incurred by unfinished production. 70% of the insurance premium is subsidized by the financial department of the provincial government, with the rest assumed by enterprises themselves. Similar government subsidized commercial insurance is adopted by cities such as Beijing, Xuzhou and Ningbo, and there is a prospect for national promotion.

More mechanisms to financially support enterprises affected by the COVID-19 are anticipated. Special government relief funds might be an option. A Notice by the Ministry of Industry and Information Technology on 9 February encouraged local governments to set up special relief funds to increase support for SMEs severely impacted by the COVID-19 outbreak if conditions permit, but no such local government fund seems available yet.

On the other hand, there have been initiatives from the private sector. On 10 March 2020, Shanghai Film Group Corporation and two other companies established the ‘Theatre Epidemic Relief Fund’, and this fund of one billion RMB is supposed to energize the film industry which has been hit hard by the COVID-19 outbreak. The strong financial capacity and specific industry-based interest in the private sector implicate the future possibility for closer public-private cooperation to collectively insure against epidemic-generated financial risks. 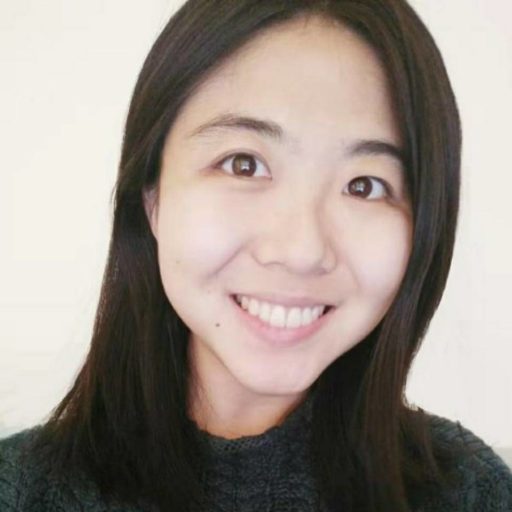