Romania – Another Brick in the Wall Fencing the Fight against Corruption

On 4 March 2019, the Romanian Constitutional Court (RCC) published its decision on the legal conflict of constitutional nature regarding two protocols of cooperation between the Romanian Intelligence Service and the National Prosecutor’s Office (NPO). This much-awaited decision is the latest but not the final step in a saga which started more than 15 years ago.

Institutionalising the fight against corruption

During the accession negotiations between Romania and the EU it became clear that endemic corruption had to be addressed in a systemic and coherent manner before the country could join the club. The revision of the Constitution, adding and changing numerous provisions in order to facilitate the European integration of Romania, in 2003 illustrates this general goal. A closer look reveals reforms of the Superior Council of Magistracy (in order to increase its functional autonomy), of the prosecutors’ offices (in order to better streamline their judicial activities), and of the legal framework for lifting the immunity of MPs (in order to boost integrity in public offices). At the same time, parliamentary and presidential elections held in 2004 took place in a public climate extremely favourable to a consistent fight against corruption, which not only induced high expectations in that area at the level of civil society, but also determined political actors to be pro-active and assume important political decisions.

In the following ten to fifteen years, various strategies and action-plans were implemented, most of them in close cooperation with EU bodies and institutions and, largely, under the Cooperation and Verification Mechanism set in place in 2007 as a tool meant to make sure progress will be steady even after accession. A dedicated prosecutor’s office (National Anti-corruption Direction), an agency for monitoring integrity (National Agency for Integrity) and an agency to fight money-laundering (National Office for Preventing and Combating Money Laundering) have been established and proved to be efficient. Corruption and organized crime have been considered threats to national security and dealt with as such in all strategic documents. Protocols to endorse institutional cooperation among public institutions, particularly between those dealing with the fight against corruption, flourished and could be counted by the hundreds. However, only two such protocols have made it before the RCC.

Fighting the fight against corruption

While these two protocols were challenged before the RCC, there are hundreds of other protocols in force that have not been contested; some of them are classified documents. Targeted surveillance indeed proved to be an efficient tool in the fight against corruption since it contributed to the criminal prosecution and, most often, sentencing of numerous high public officials. This could be an explanation for the public campaign against these two protocols launched by some Romanian high officials, that was even carried to the European stage. To give just two examples, the President of the Romanian Senate constantly mentioned the “secret protocols” in his meeting with EU officials, even after they had been declassified. Further, at the debate organised by the European Parliament on the rule of law in Romania at the beginning of October 2018, the Prime Minister confronted the Vice-president of the European Commission with the same “secret protocols”. The opening ceremony of the Romanian Presidency of the European Council also proved a fertile ground for clear allusions to institutions and decision-makers which are still holding on to unchecked powers, deliberately assimilating targeted surveillance undertaken in the fight against corruption with mass surveillance practised under the communist regime. For domestic consumption, the messages were more instrumental: the Minister of Justice announced at the beginning of August 2018 his intention to sponsor an emergency ordinance of Government (i.e. delegated legislation which bypasses Parliament) that would enable the review of final court decisions based on illegal surveillance and protocols. It seems that some high public officials are prepared to jeopardize legal security and relativize res judicata in order to get rid of criminal sentences, most of them for corruption charges.

In October 2018, the President of the House of Deputies notified to the RCC what he perceived as being a conflict of powers between Parliament and courts on the one side, and the National Prosecutor’s Office on the other side.

The President of the House of Deputies had argued that, by signing two secret protocols with the Romanian Intelligence Service, the NPO not only went beyond its constitutional powers, but also bypassed the legislative by adding unconstitutional rules to already existing procedures applicable in criminal trials, particularly with regard to targeted surveillance. Moreover, since the two protocols were secret, courts were presented with proof which was obtained through unlawful targeted surveillance, thus rendering their decisions unlawful. According to the President of the House of Deputies, this unconstitutional behaviour impacts all judicial procedures which are based on targeted surveillance, be they ongoing or already finalised.

The decision of Romania’s Constitutional Court

On 16 January 2019, the Romanian Constitutional Court announced it had found such a conflict but published the arguments of the six judges who agreed with the majority view and the two separate opinions of the three dissenting judges only at the beginning of March. In its rather lengthy decision (n°26/2019) the RCC found that there is indeed a legal conflict of constitutional nature, but that it is between the NPO and Parliament on the one side, and the courts on the other. The RCC explained that by circumventing the legislative powers of Parliament, the NPO has induced unconstitutional decisions in courts. This breach of the Constitution has been systemic and lasted sufficiently long for the Court to identify a “legal paradigm”, i.e. a new constitutional concept defined as “a set of rules and concepts instituted and accepted by legal thought” (para. 133 of the decision) which implies continuity because it involves legal traditions that do not tolerate any disagreement. The Court considers the protocols to be administrative acts of authority, which reflect the legal will of one public authority (NPO), although it agrees that they have been concluded by two public entities (the NPO and an intelligence service). But the RCC declares that administrative courts are not able to deal with these two administrative acts because, in fact, they are normative acts of “composite” and “heteroclite” character, with a “hybrid legal nature”, and they display an “incongruity between form and substance” (paras. 173-174 of the decision) which allowed the NPO to transfer its own competence in criminal investigations to an intelligence service under secret protocols. And since intelligence services are placed under the democratic control of Parliament, the RCC considers that Parliament should have exercised its competence instead of notifying the Court (para. 185 of the decision). Consequently, the Court reasoned, Parliament is placed next to the NPO in this legal conflict of constitutional nature. The RCC takes note that such practices infringe upon the legal security of citizens and thus ordered all prosecutors’ offices and courts of the land to verify in all pending trials if criminal procedural rules have been observed and “to take appropriate legal measures” (para. 3 in the operative part of the decision).

Two separate opinions signed by one and, respectively, two dissenting judges, argue that there was no legal conflict of constitutional nature in this specific case. They argue that because the two protocols have been concluded based on relevant laws, they add nothing to those laws, they do not override the powers of the legislative or of the judiciary, and they are the very expression of the principle of loyal cooperation between public authorities that the RCC often invokes.

Deciding on the issue at stake

Indeed, over the last two years the number and pace of the RCC’s decisions which fight against anti-corruption is impressive: decision n°392/2017 obliged the legislator to define a patrimonial threshold for the abuse of public office to be a crime; decision n°91/2018 explicitly stated that corruption is no longer a crime which represents a threat for national security; decision n°104/2018 declared that the Co-operation and Verification Mechanism is not relevant for judicial review in Romania; decision n°358/2018 made an injunction to the Romanian President to dismiss the chief prosecutor of the National Anticorruption Direction upon the mere proposal of the Minister of Justice; decision n°685/2018 made an injunction to the supreme court of the land to reorganise internally as to allow for a different allocation of criminal cases. Nonetheless, the RCC’s decision on the protocols of cooperation did not address the issue at stake as announced by the Minister of Justice, namely the review of final court decisions based on targeted surveillance which deal with the fights against corruption. This is why it can be considered the latest but not the final step in a saga which started with a political elite that established its own accountability in order to attain EU membership in 2007, but which is now desperately trying to reverse the tide. Whether it will succeed or not to totally reverse the fight against corruption before the next general elections at the end of 2020 remains to be seen. 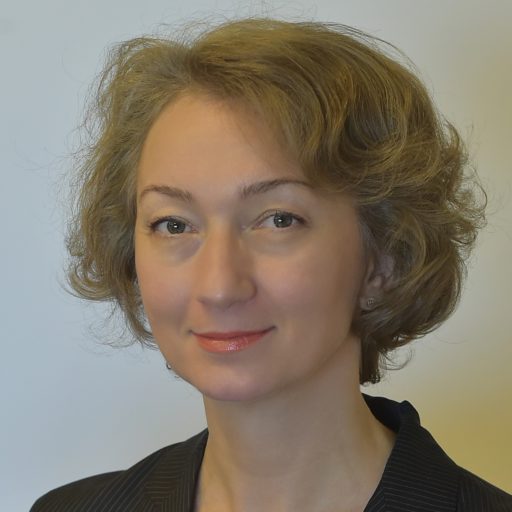 Other posts about this region:
Rumänien 4 comments Join the discussion
Go to Top