The Rule of Law in a Time of Emotions

The aggression against Ukraine is brazen, ruthless and shameless. Images of women and children at border crossings, shelters and subway stations filled with civilians and images of destruction evoke compassion, fear and anger. These are very strong feelings, almost crowding out everything else. And yet the brazen, ruthless and shameless aggression is defined by another adjective: „lawless“. There is a link between lawlessness and violence, between the aggression against Ukraine and disrespect for the law as such. Therefore, in a time like this, we must also talk about the rule of law crisis in Poland if we want to be a credible international actor.

Facebook, two photos of the beautiful front of the Odessa Opera House. One photograph is from 1941, the other from a few days ago. They are almost identical. In the foreground are sandbags and trestles of entanglements to protect the building from destruction. In the Constitutional Monitor, Jerzy Kranz recalls Hitler’s statement preparing for war, in May 1939: „One cannot avoid solving problems by adapting oneself to circumstances. On the contrary, it is rather the circumstances that must be adapted to the demands. This is not possible without attacking foreign countries or seizing foreign property. (…) The problem of law or lawlessness is of no importance in this“. The Second World War only seemingly began because of a dispute over Danzig. And the law – international, military and humanitarian, its principles and concluded legal agreements seemed to be of no importance. Declared invalid, erased, reduced to the role of a pretext, a piece of paper.

The powerlessness of a disregarded law encourages violence. Law – by its very nature – is meant to restrain the brutality of force. Therefore, it must not only be declared but also executed. One should keep one’s word, fulfill agreements and execute sentences. Law without sanctions that are real, deterrent and effectively applied is toothless. After 1945, drawing lessons from history, human rights protection systems were expanded, new international tribunals were created, instruments for keeping an eye on each other were developed, and recourse for victims was introduced even when violations were committed by their own state.

And yet, in 2015, Russia refused to obey the judgments of the ECtHR, stating that it would implement them only insofar as it considers them compatible with its own internal legal order. Poland and its Constitutional Tribunal have recently taken a similar stance concerning the ECtHR (K 6/21 of 24 November 2021), which puts us in unpleasant company, and the CJEU (P 7/20 of 14 July 2021 and K 3/21of 7 October 2021).

Seeing and explaining the connection between the dispute over the rule of law and the images of war abroad is difficult. Especially since it is propagandistically easy and politically convenient to erase this connection from our consciousness. But it is short-sighted, because it allows for no attitude correction to admit and overturn our violations of EU law and CJEU rulings.

It seems to be poorly understood in our country that there is a close and direct relationship between the aggression against Ukraine and disrespect for the law as such, which muzzles politics in general. Our country’s “cherry picking” on EU law, its disrespect for the judgments of the CJEU and the ECtHR, the disregard for the constitution and its interpretation, the failure to respect the independence of judges – all of these are questioning the rule of law, and are basically an early stage of the path whose result is the blurring of the distinction between law and lawlessness, the „Putinization” of law.

The aggression against Ukraine, the misery and danger it brings not only to those attacked, is the right time to say „check“ and trigger sanctions. And so, it is happening. With astonishing unanimity and scope. The appeals to the effectiveness of sanctions, also coming from Polish politicians, are therefore justified. But the Polish lawyers Gutowski and Kardas (Rzeczpospolita 1.3.2022 r.) are right when they argue that „it is difficult to reconcile questioning the competence of the European Union to enforce laws that are binding on all member states with the undermining of the effectiveness of CJEU rulings, the disregard and marginalization of the ECHR and the Court of Human Rights, and calls for an increase in the scale, scope and effectiveness of sanctions against Russia.”  They remind us that „it is still in Russia’s interest to weaken our position in the European Union and NATO. To reinforce our image as an enfant terrible in relations with the EU and the U.S., to weaken our importance and silence our voice. Over the past years, someone has nurtured this image. So maybe it’s time for a real attitude adjustment?“

The European Union is a community of law. Credible, responsible and – to be pragmatic – influential member states are the ones who see it that way. Whoever reduces it to economic purposes is not a credible as advocate of even the most reasonable political demands.

The relevance of talking about the rule of law right now

A few days ago, when I was supposed to speak to a certain group about the rule of law, I was criticized by an activist, probably full of good intentions, protesting against – in his words – „academic discourse that has nothing to do with what people live by and what they want to learn; everything must have its time. Today, Poles‘ time is occupied with Ukraine and helping people fleeing the war, which is understandable. In my opinion, under such circumstances, initiating a discussion on the situation of the rule of law in Poland, firstly, would meet with little interest, secondly, it would not respond to the needs of the time and place, and there is nothing worse than a theoretical dispute when people have their heads occupied with something else entirely”.

The situation, when cities just across the Polish border are being shelled, is more conducive to images of individual misery, appealing to people’s emotions and hearts, than to analyses requiring some effort. Because for the latter, one has to be aware of history, and know the role that stereotypes and false labels play. Emotions can be controlled and manipulated. We need to ask ourselves an uncomfortable question: Why are refugees from Ukraine met with cordiality, while dark-skinned students escaping bullets cannot count on that at the same border? How do the mechanisms of selective discrimination work?

We have had and continue to have a problem with the rule of law. That is not invalidated by our engagement alongside Ukraine, by our sincere assistance to refugees, or by the most righteous and careful enforcement of sanctions against an aggressor. And if we suppress or rubber-stamp this problem, our commitment to the right things will be less credible and effective.

Other posts about this region:
Polen, Ukraine 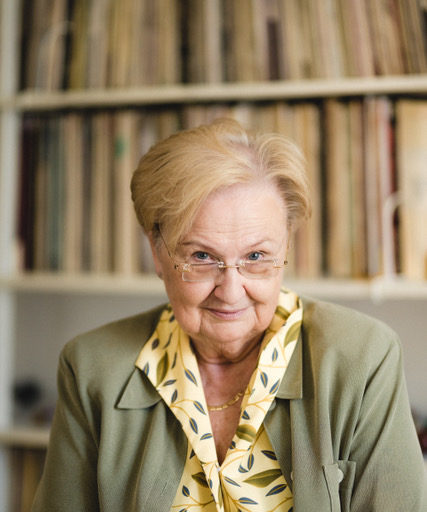 Ewa Łętowska Ewa Łętowska is a Polish jurist, a specialist in the field of civil law and a professor of legal sciences. She became the first Polish ombudsman in 1987, before becoming a Supreme Administrative Court judge in 1999. She was a judge of the Polish Constitutional Court from 2002-2011. She remains active as a professor ordinarius at the Polish Academy of Sciences and as a member of several associations.

Other posts about this region:
Polen, Ukraine No Comments Join the discussion
Go to Top