Same-sex marriage before the courts and before the people: the story of a tumultuous year for LGBT rights in Romania

This article will briefly recount a particularly agitated year for LGBT rights in Romania, marked by a highly contentious campaign to amend the constitutional definition of marriage through a referendum, as well as the first referral to the Court of Justice of the European Union by the Constitutional Court, in a freedom of movement case involving a married mixed nationality same-sex couple. The two events have led to frenzied public debate throughout the year on an issue that had previously been studiously avoided for a long time by politicians and the public alike. By way of background information, Romania, a majority-Orthodox and relatively conservative country, decriminalised homosexuality as late as 2001, after sustained international pressure. Romania does not provide same-sex couples with any form of legal recognition, with two draft bills on the matter having been recently rejected by the Parliament with large majorities.

The campaign to amend the Constitution

The Campaign for Family, a coalition of religious and conservative NGOs, formed in 2015, is behind the push to amend the Constitution. Its goal is to replace the gender-neutral definition of marriage currently in place through a referendum, by specifying that it is restricted to a man and a woman. Notably, the Civil Code already expressly bans same-sex marriages and registered partnerships. The constitutional amendment, the Coalition argued, was necessary in order to pre-empt any moves to legalize same-sex unions under pressure from European institutions, in a manner similar to kin Orthodox countries such as Greece or Cyprus.

The Constitution may be amended by popular initiative after a fairly complex and lengthy procedure. To get its campaign off the ground, the Coalition collected 3 million signatures within a period of six months during 2016, a vast and unprecedented number in a country of 20 million people, well in excess of the legally required 500,000 signatures. The powerful Orthodox Church played a pivotal role at this stage, with reports of priests engaging in door-to-door canvassing, cajoling the faithful into signing during religious service and of teachers asking for support during religious education classes.

The proposal was then submitted to the Constitutional Court, that published the operative part of its ruling on 20 July 2016. The Court ruled that the proposal complied with the criteria laid down in the Constitution for this type of revisions.  In doing so, the Court emphasized that it was not concerned with the merits of the proposal as such, which was a matter reserved for the Parliament and the people to decide. In practice however, the Court had to undergo some substantive review, as one of the criteria in question was whether the proposal “supressed the citizens’ fundamental rights and liberties or of their safeguards”, rendering it illegal in constitutional terms. In that respect, the Court stated that in spite of its neutral wording, Art. 48§1 of the Constitution on the right to marriage had to refer to heterosexual marriage. Thus, rather than altering its substantive meaning, the amendment proposed introduced permissible clarity to the constitutional text. In reaching this conclusion, the Court noted that at the time when the Constitution was adopted, marriage was widely regarded as the union of a man and a woman. In addition, the wording of Article 48, which mentioned children born from and out of wedlock, suggested that the definition of marriage reflected the “biological” reality that only a union between a man and a woman could result in procreation.

The freedom of movement case

The Coman/Hamilton case, as it came to be known, involves a Romanian-American same sex couple. They got married in Belgium in 2010 and currently live in in the United States. In 2012, they asked the Romanian immigration authority for information on the requirements for obtaining a residence permit, based on the Directive 2004/38/EC on freedom of movement. The immigration authority informed them that they were not eligible for a residence permit, justified on the basis of Art. 277§2 of the Civil Code banning the recognition in Romania of same-sex marriages performed abroad. The couple sued, complaining about the breach of their freedom of movement rights and of discrimination based on sexual orientation. On 18 December 2015, the first instance court decided to refer a question to the Constitutional Court regarding the constitutionality of Art 277§2 of the Civil Code, as well as of §4 of the same Article, that appeared to specify that the prohibition in §2 was without prejudice to freedom of movement rights provided for under EU law.

The debate around the proposal for a constitutional amendment and the Coman/Hamilton case reached fever pitch during the electoral campaign for Parliament that took place during November/December 2016. The Constitutional Court delivered its full decision on the legality of the proposal to amend the Constitution on 14 October 2016. The proposal was then introduced in Parliament following the regular procedure for adopting new legislation, although it is subject to a qualified voting majority of two thirds of the total number of MPs in each of the two houses. At this junction, the Campaign for Family applied heavy pressure on Parliament, through several prominent friendly MPs, to adopt the proposal in an expedited procedure and organize a referendum on the same day as that scheduled for the general elections. Fortunately, the political parties broadly rejected this idea as it would have led to increased social polarisation and captured the electoral campaign. The main political parties clarified at the same time that they were in favour of the initiative and that a referendum would be organised after the elections took place.

The proceedings in the Coman/Hamilton case were provisionally concluded on 29 November 2016, with the Constitutional Court opting to refer several preliminary questions to the Court of Justice (where the case is registered as C-673/16). The Constitutional Court essentially asked whether a same sex non-EU citizen spouse of a EU citizen qualifies as a “spouse” in the sense of the Directive 2004/38/EC, or in the subsidiary as “any other family members” or as a “partner” in a “durable relationship” under the same Directive, for the purposes of the right to reside in the latter’s home EU member State. The proceedings in the Coman/Hamilton case benefited from extensive national and international media coverage, as well as attracting several friendly, as well as hostile, third party interventions from national and international NGOs.

The double whammy of a proposal to amend the definition of marriage in the Constitution and the constitutional proceedings in the Hamilton/Coman case brought to the fore of public debate the rights of a community that is still very marginalised and quite fragile. The stunningly successful signature gathering campaign in support of the constitutional amendment was met with consternation among progressive civil society organisations. The staggered nature of the procedure for amending the Constitution, presumably intended as a bulwark against ill advised or abusive initiatives, provided the Coalition for Family with ample opportunities to bash the LGBT community and its supporters, triggering a wave of hate in the social and printed media, under the fig leaf of democracy at work. Furthermore, the Coalition’s impressive rate of popular support as well as explicit backing from the Orthodox Church, made it almost impossible for any political party to take a stand in favour of the LGBT community, lest it would risk its position in the elections.

On the other hand, the campaign for amending the Constitution led to an impressive degree of mobilisation among the LGBT community and the civil society more broadly. Whereas until a couple of years ago there was one major NGO in Romania dealing with LGBT issues, now there are at least three at the national level, with one, Mozaiq, focusing specifically on community building, and with a very active and combative public presence. Notably, Mozaiq and Transform, an NGO working on trans rights, organised a well-attended protest on 19 November 2016 in Bucharest, that provided a boost to the demoralised community and its supporters alike. Finally, the increased plurality of voices within the LGBT community has led to a crystallisation of policy positions, including by replacing a more cautious and ambiguous approach with an explicit stand for marriage equality.

Taking into account the conservative proclivities of many MPs, the amendment proposal is likely to be adopted in Parliament. It would then go to a referendum that is expected to take place in April-May 2017. In order to enter into force, the proposal requires a simple majority of votes cast on a turnout of at least 30% of voters on the ballot. It is hard to predict with any certainty the outcome of the referendum, particularly considering the prolonged political turmoil in Romania. As for the Hamilton/Coman case, the 29 November 2016 Constitutional Court decision removed an immediate constraint on the politicians, who would otherwise have had to consider more seriously the implications of international law in favour of LGBT rights. Besides passing the responsibility for dealing with a sensitive subject to an international court, the Constitutional Court also ensured that proceedings were greatly delayed. Thus, the eventual decision by the Court of Justice will be followed by renewed Constitutional Court and first instance court proceedings, as well as, potentially, further appeals. At the same time, while the decision to refer the case was met with joy and relief by the claimants, the stakes are much higher now, while the outcome before the Court of Justice is by no means a foregone conclusion.

DOWNLOAD PDF
LICENSED UNDER CC BY NC ND
SUGGESTED CITATION  Cojocariu, Constantin: Same-sex marriage before the courts and before the people: the story of a tumultuous year for LGBT rights in Romania, VerfBlog, 2017/1/25, https://verfassungsblog.de/same-sex-marriage-before-the-courts-and-before-the-people-the-story-of-a-tumultuous-year-for-lgbt-rights-in-romania/, DOI: 10.17176/20170125-171454. 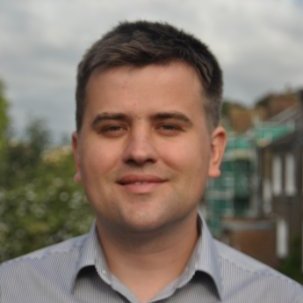 Other posts about this region:
Rumänien No Comments Join the discussion
Go to Top