Scotland and the EU: Comment by BRUNO DE WITTE

Two main options have been put on the table for (re-)accommodating an independent Scotland in the European Union: accession of an independent Scotland to the European Union by means of the procedure of accession of new member states set out in Article 49 TEU; or accommodation of Scotland as a new member state at the same time as it achieves independence, by means of a revision of the European Treaties according to Article 48 TEU. The latter option is supported by the Scottish government in its Scotland’s Future White Paper of November 2013. The Treaty revision would enter into force at the same time as Scotland would become independent (and the government suggested a date for this to happen, namely 24 March 2016). In this way, there would be a seamless transition. Scotland would not first drop out of the EU by separating from the UK, and later climb in again through an accession treaty; it would simply stay inside the EU all the time.

I agree with Sionaidh Douglas-Scott that this approach is more attractive. Indeed, EU law currently applies on Scottish territory, and both British and EU nationals living on Scottish territory are currently EU citizens, and benefit from the rights attached to that status. Nobody really wants this to change. It would therefore be awkward and costly, both for Scotland and for the rest of Europe, if EU law would cease to apply to Scotland upon its independence, and would have to be restored later, after an accession treaty had entered into force. Indeed, such a temporal gap is logically inherent in taking the accession route: a state can only request membership of the EU after it has become independent. In his contribution to this discussion, Joseph Weiler suggests that accession could be as seamless as revision: the act of independence could be followed, the next minute, by signature of the accession treaty with Scotland, so that Scotland could join the EU on the same day as it becomes an independent state. But, even if an accession treaty could be signed on the same day as Scotland becomes independent, it would then still have to be ratified by all (then 29) member states before it could enter into force. It is hard to imagine that all national parliaments would be able or willing to do so ‘on the spot’ and without any debate. A revision treaty, on the other hand, could be adopted by the existing member state governments and ratified by their parliaments before Scotland became independent, thus indeed allowing for a seamless transition of legal rights and obligations.

The main logical argument against the Article 48-route is that the TEU provides, in its Article 49, a special procedure for states to join the EU which could be taken to mean that other routes to membership are not available. I do not find that argument very persuasive, though. The norm of Article 49 is clearly written with a view to states that, being outside the EU, would like to join it. Yet, a revision treaty accommodating Scottish membership would be agreed before Scotland would be an outside state, and therefore before Article 49 would become applicable. It would not deal with accession of a new member states, but rather with the creation of a new member state by disaggregation of one of the current member states.

If a revision treaty would allow for a seamless transition, that would not make it a  smooth transition, as Jo Murkens rightly points out in his contribution. A revision treaty requires unanimous agreement and ratification by all member states, and is therefore politically as difficult to achieve as accession. It has the added difficulty that the negotiations would, formally at least, have to be conducted by the UK government on behalf of the future independent Scotland.  The Scottish government would itself not be represented at the negotiation table, and the Scottish parliament would not be called to ratify the result of the negotiations. Presumably, representatives of the Scottish government would be co-opted into the UK delegation, but it is quite clear that the Scottish government could not insist on the adoption of amendments that would not correspond to the rest-UK’s interest. A typical example of this is the Scottish government’s demand for derogation from the principle of equal access to higher education for EU students. The Scottish government would like to retain higher tuition fees for English students.This unequal treatment is fine under current EU law (since it is considered to be an internal UK matter, not affecting the rights of mobile EU citizens), but would most probably be unlawful once the rest-UK and Scotland become separate states. It would therefore require an explicit Treaty-level derogation, but there is little prospect – it would seem – of the UK government taking on board this request in the context of Treaty revision negotiations.

The accommodation of an independent Scotland, by either the Article 48 or the Article 49 route, would require a decision as to whether the numerous opt-outs currently applying to the United Kingdom (EMU, Schengen, immigration, criminal law) would continue to apply to Scotland. If there were no unanimous agreement among all current member states to modify the Treaty protocols in which those opt-outs are laid down, they would continue to apply to the ‘rest-United Kingdom’ and would not apply to Scotland, since Scotland would have ceased to be part of the UK. This means that the Scottish government, in case of a Yes vote, should prepare itself for the likely possibility that membership of the EU would mean full membership without any opt-outs, and therefore also membership of the Eurozone.

‘Seamless transition’ would, however, require much more than the successful accomplishment of the treaty amendment process. It would also require the adaptation of existing EU secondary law prior to the date of independence. Indeed, there are many pieces of EU legislation that contain provisions applicable to some member states in specific ways, and the position of Scotland would have to be determined by means of amendments to that legislation that would have to enter into force on the same day as the revision treaty, in order to allow for seamless transition on independence day. This would apply, for example, to all EU legislation in the Area of Freedom, Security and Justice for which the UK made use of its case-by-case opt-out.  The exclusion of the UK from their field of application would not include the future independent Scotland, so that the relevant directives, regulations and decisions would have to be modified if Scotland wants to preserve the existing opt-outs. But there are many country-specific norms in other areas of EU law as well. For example, the Directive on professional recognition of diplomas contains numerous country-specific norms and lists in its main text and its Annexes.

In addition to changes of EU law, the Scottish government and parliament would also have to enact new laws to accommodate their EU law obligations: for example, they would have to define the criteria for Scottish citizenship; they would have to define the ‘competent authority’ or ‘contact point’ which EU law requires in many areas (for example, in the services directive, for recognition of diplomas, data protection, competition law and the regulation of utilities). Scotland would also have to decide on its representatives in the myriad member-state composed working groups and committees in Brussels. One wonders how all this could be accomplished under the Scottish parliament’s current, pre-independence, powers! Presumably, this would require an informal pre-independence legislative process, whose results would have to be approved in toto by the Scottish parliament on the first day of independence/EU membership.

By way of conclusion, I would argue that, whereas the Article 48 route has major advantages over the Article 49 route, and would be feasible – in my view at least – as a matter of legal principle, it would create many complications all the same, both for the Scots and for the rest of Europe. 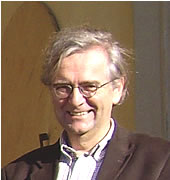 Bruno de Witte Bruno de Witte is a Professor of EU Law at Maastricht University and at the European University Institute (EUI) in Florence.
Other posts about this region:
Europa, Vereinigtes Königreich 1 comment Join the discussion
Go to Top