Once upon a time it seemed like a good idea to try to clarify the route (Article 48 or Article 49 TEU) through which and the terms on which (with or without UK opt-outs on Euro, Schengen etc) an independent Scotland might join the EU prior to the great referendum vote of September 18th. Clarity would have allowed for a more informed assessment ahead of ‘D’ day by all involved in the drawn out constitutional drama – a more considered appraisal of the risks attendant upon this or that choice. But clarity has not been forthcoming, and it is now far too late in the day to imagine that it will. In fact, clarity before the vote was probably always a naïve hope. As Sionaidh Douglas-Scott reminds us, there are no precedents for ‘internal enlargement’ of the EU following the separation of an existing member state, no Treaty provision directly in point, and no obvious forum outside of the political process where a definitive statement of the relevant law can be supplied or enforced. Add to that the understandable tendency of both sides to talk up those arguments that best serve their cause and the reluctance of European institutions to anticipate the correct approach, and it is no surprise that our sense of how to proceed remains legally unsettled. Of course, in the event of a ‘yes’ vote these questions will no longer be moot, and the law would henceforth come into its own. Matters unresolved would have to be addressed in ‘real time’ and the best sense of the relevant membership procedures and conditions  thrashed out with prompt authority, though the requirement of constitutionally copper-bottomed ratification by all member states would still leave the process ultimately at the mercy of national discretion.

The search for advance clarity has proven not merely fruitless, however. Worse than that, it has tended to deflect attention from the deeper questions of political morality at play. The climate of debate has swung between a frustrated legalism which can never substantiate its own authority and a strategic – some might say cynical – political opportunism that takes the line of most convenience, with each the reinforcing condition of the other. Which is why the intervention by Joseph Weiler is refreshing, at least at one level. He sees no technical legal impediment to Scotland joining, and he does not seek to contrive such an impediment. And while he does take seriously the concerns of other states, Spain, France, Italy, Belgium and elsewhere – from whom secession is threatened, or is a long-term possibility, he does so not in terms of their narrow strategic self-interest but on account of the disadvantage to all of a ‘domino  effect’ of ever more strident nationalist claims across the continent and beyond.

But  his main argument is located in a more EU-specific strain of public reason. He has claimed – earlier with special reference to the Catalan case and now with regard to the Scottish case – that just as national minorities in existing member states who presently enjoy extensive forms of individual and collective freedom have no automatic right to secede as a matter of general international law, so, too, the EU in its accession and general membership policy should not be expected to indulge the independence claims of these unoppressed sub-state nations. To the contrary, the very ethos of integration, reconciliation and continental solidarity that has fed the European project from its post-War beginnings should cause the EU, and all those who endorse the best understanding of its foundations, to take a dim view of any separatist impulse that seems to betray these founding virtues. From this perspective, therefore, far from having a stronger claim than those external candidates who have benefited from the post-Cold War Enlargement, those nations already comfortably nested in the EU’s Western European heartland should be refused a safe supranational haven if they insist on the path to independence.

I applaud the candour of Weiler’s argument and its refusal to hide behind either the law’s false certainties or the strategically hostile motives of un-named others  (as was Barroso’s repeated tendency when President of the Commission). Yet I join with Douglas-Scott, Kalypso Nicolaidis, Michael Keating and others in finding the Weiler approach too stringent. In the first place it does not take a people’s own view of their preferred collective future seriously enough. Whether we are dealing with the  Scottish or the Catalan case or that of any other national minority, surely more store than Weiler allows should be set by an aspiring nation’s own sense of what is the constitutionally adequate vindication of its desire for collective autonomy. If nothing short of independence is deemed sufficient from the perspective of the constituency in question as an affirmation of shared political identity, it is difficult to see why such a subjective collective aspiration should be summarily dismissed in favour of a supposedly objective standard of adequate individual and collective freedom – one which, incidentally, always leaves in successful place another and prior but far from necessarily morally superior claim to nation-statehood. And international law, with its high threshold of a ‘right’ to self-determination is of little help here, since its structurally biased concern has always been with the minimum necessary disturbance of the existing international distribution of sovereign authority rather than the fairest and fullest accommodation of self-determination claims.

In the second place, even if a case for the EU as an entity possessing and pursuing a unique historical mission to make internal secession unacceptable and unnecessary can be persuasively advanced, it seems unduly dogmatic to use this to justify a rigid policy against continued membership of new internal states. There are, after all, other and rival views of the deeper purpose of the European Union. The priority given in the Preamble to the TEU to the principle of subsidiarity offers one different strand, just as the deepening significance of EU citizenship as a horizontal relationship amongst persons as Europeans rather than state nationals offers another. These strands reflect an alternative and more independence-friendly perspective. In the face of these competing narratives, the public policy of the EU on accession should surely remain more agnostic.

Yet would this agnosticism, and its consequential refusal neither to oppose Scottish membership nor to concede everything to its fast-track aspirations, not simply involve an extension of the failure of conviction that we have found – and criticized – in the preoccupation with the odd couple of ‘pure’ legalism’ and ‘impure’ political expediency? I do not think so. There is a big difference between avoiding the question of principle and answering it through a position of considered neutrality. What is more, and what is crucial, the EU can and should contribute something other to the Scottish debate, and that of any sub-state nation, than the role of the gatekeeper whose authority is dubious and, if exercised, liable to breed resentment.

The Union’s influence on the debate should instead be more indirect, but also more telling. It should rest in the way in which its very existence alters the stakes of political nationalism. On the one hand, by pooling significant amounts of sovereignty above the state, the EU demonstrate that the choice between independence and continued incorporation in another state is far from being an all-or-nothing one, and by offering various economic and social rights and measures of non-discrimination it offers the kind of cosmopolitan freedom that  guarantees against the systematic ill treatment of minority nations and nationalism. On the other hand, by supplying a new level of political identity, and a new point of reference for interpreting national identity, the EU surely also changes the expressive significance of national sovereignty and its alternatives. Just as ‘independence in Europe’, as in the Scottish nationalists’ longstanding slogan, conveys a very different meaning and sense of collective identity than ‘separatism at Europe’s Northern edge’, so too ‘Britain in Europe’ is much less isolationist than without its qualifier, and ‘Scotland-in-Britain-in Europe’ suggest a much less subordinate native identity than merely ‘Scotland in Britain’.

As the examples imply, the argument here can cut both ways. The presence of the EU both offers a spur to new projects of national sovereignty but also, and in my view more emphatically, it supplies a set of considerations which makes the project of new statehood less pressing, less consequential, and provided we can trust in continuing UK membership of a continuing EU (both of which statuses, of course, need careful attention) less relevant and ultimately unnecessary. This sense that the EU is structurally and symbolically adept at securing the kinds of material guarantees and forms of individual and collective dignity whose absence might otherwise fuel and justify independentist claims no doubt lies behind Weiler’s insistence that the EU should also be explicitly and concretely resistant to new forms of legal and political identity that are divisive of existing member states. But, in my view the first claim should be allowed to stand or fall on its own merits. The ‘carrot’ of current EU membership, in other words, should be its own incentive, without the ‘stick’ represented by the threat of future exclusion. And, even at this late hour, the European case for Scotland staying in the United Kingdom is better served by emphasizing the space for the expression and realization of national political interests, even without the old forms of state sovereignty, that Europe offers in the here and now, rather than by dire warnings of privations to come. 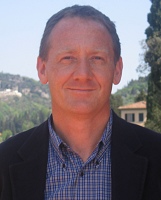 Neil Walker Neil Walker holds the Regius Chair of Public Law and the Law of Nature and Nations at the University of Edinburgh.
Other posts about this region:
Europa, Vereinigtes Königreich No Comments Join the discussion
Go to Top