Blasphemy used to be a grave offence once. Now, it is on the decline, making room for freedom of expression, which is so crucial in secular democratic societies. In its report on the relationship between freedom of expression and freedom of religion, the Venice Commission noted that ‘blasphemy is an offence in only a minority of member States’ of the Council of Europe and that it is ‘rarely prosecuted’. Yet, two judgments of last week show that blasphemy has managed to re-enter the stage through the back door. First, the Czech Constitutional Court rejected the complaint of Mr Duka, a Czech catholic archbishop and cardinal who felt offended in his religious feelings by a controversial performance staged in Brno. Second, in Bouton v France, the ECtHR ruled in favour of Ms Bouton who was criminally sanctioned for exposing her breasts in a Paris church as part of an activist action. In this blogpost, I argue that although both cases ended well, i.e. were decided in favour of freedom of expression of artists and activists, both courts erred in their assessment of the role of religion and religious sentiment in European secular democracies.

Cardinal Duka, the highest-ranking representative of the catholic church in Czechia, did not see these plays. Yet, he heard about them and brought a defamation action against the theatre. He did so in his private capacity, as a citizen who claimed to have been offended in his religious sentiment by the plays and demanded an apology from the theatre. (Funny sidenote: Mr Duka also claimed that his right to equality was affected since he could not stage a play where Mohammed engages in sexual intercourse with a wild boar.) Although Mr Duka argued that the plays amounted to an attack on Christianity, the catholic church as a legal entity played no role in the litigation.

Mr Duka did not succeed; the first two judicial instances even seemed to mock his claims between the lines. However, the Supreme Court and the Constitutional Court granted the cardinal a prima facie case but then concluded that the theatre’s freedom of expression should prevail over Mr Duka’s rights. At this point, the reader may be wondering: What rights of Mr Duka could have been infringed by plays which he did not see and which did not concern him personally? Such a question is not only appropriate to ask but also hard to answer without interpreting the Czech legal order in a very creative way.

The Czech Charter of Fundamental Rights protects religious freedom in Art. 15 (forum internum, inner beliefs) and Art. 16 (forum externum, outer expressions of belief). Cardinal Duka invoked both these articles; yet it is difficult to imagine how a blasphemous play could have interfered with his inner beliefs (was he shattered in his faith?) or with his ability to demonstrate them (was he precluded from attending or performing religious ceremonies?). At this point, the reasoning of the courts differs: while the lower courts concluded that there was no interference with Mr Duka’s religious freedom or with any other right, the higher courts granted Mr Duka an opportunity to build his case on religious freedom, each of them extending the abovementioned articles in a different way.

The Supreme Court reinterpreted Articles 15 and 16, adding a wholly new component to those constitutional provisions: the right not to have the symbols and theses of one’s religion attacked by others. In the words of the SC: ‘Interference with a person’s right to exercise their faith freely and without interference according to their choice may exceptionally occur by means of an attack against the symbols or theses on which a particular religion is based, since the personal relationship of the believer to these basic symbols and their worship is the essence of faith.’ This new component of religious freedom was added rather light-heartedly, without any justification. Later in the judgment, though, the right not to be offended in one’s religious sentiment was found not to be interfered with in the present case.

The Constitutional Court quietly dismissed the SC’s suggestion to create a self-standing right not to be offended in one’s religious sentiment. Instead, the CC suggested that ‘interference with religious feelings as part of religious freedom can be subsumed under the protection of the personality or dignity of the person’ and presented the case as one about human dignity. However, the CC reversed the legal problem at stake and proceeded to the old-school balancing test between the freedom of speech and the protection of personality, most likely well-known to the reader from ECtHR cases such as Von Hannover (No. 2) or Axel Springer. That, in my opinion, is a grave mistake in argumentation, since the case at hand had a very different procedural design. To understand the nature of the cardinal’s case, it can be useful to explain what the case was not about.

What the cardinal’s case was not about

First, this was not a typical defamation case. Although the plays were blasphemous, explicit, and provocative, they did not criticise the cardinal, directly or indirectly. In this regard, the case differs greatly from a seemingly similar case that originated in Slovakia in the 1990s when Mr Klein, a journalist, criticised a Slovak archbishop. The journalist called the archbishop an ogre, speculated about his sexual orientation, and accused him of an incestual sexual intercourse (for more details, see § 12 of the ECtHR’s judgment.) Yet, even in a borderline situation where a journalist criticised a church fonctionnaire in an article that ‘contained slang terms and innuendoes with oblique vulgar and sexual connotations’ (§ 49), the ECtHR ruled in favour of the journalist.

Second, this was not a case where freedom of expression was limited by the state. If the case did concern a country which criminally sanctions blasphemy, the theatre could be sanctioned by the state after performing the blasphemous plays. The theatre would then challenge the sanction, invoking its freedom of speech, and such a case would be rightly framed as one concerning freedom of speech that was limited in order to protect the rights and freedoms of others, including the protection of religious feelings of others, as the ECtHR accepted in Otto-Preminger v Austria (§ 50) or in E. S. v Austria (§ 41). For such a scenario, however, there needs to be a legal basis that outlaws blasphemous acts or expressions; a legal basis that does not exist in Czechia.

Third, this was also not a case of hate speech. As stated by all judicial instances, the plays at stake did not aim to incite hatred or violence; they merely strived to arouse public debate about important societal issues, albeit in a provocative and blasphemous way.

In contrast to the abovementioned scenarios, the cardinal’s case represented an attempt to bring blasphemy into the Czech legal order through the back door, by means of civil defamation litigation, as the CC repeatedly stated (§§ 74, 78, 82, 87). It was an attempt to derive from the provisions on religious freedom the state’s positive obligation to promote one person’s religious freedom by means of suppressing another person’s freedom of speech.

Such an attempt has only been addressed before the ECtHR once, in the case of Choudhury v United Kingdom (1991). As a Muslim, Mr Choudhury strongly disliked ‘Satanic Verses’ by Salman Rushdie and applied to the UK police for a summons for criminal prosecution of blasphemy against the author and the publisher of the book. The UK legal order did include an offence of blasphemy; however, this offence only related to Christianity, not to Islam. Therefore, the UK could not prosecute the author, nor the publisher.

In Strasbourg, Mr Choudhury claimed that he had a right, under Art. 9 of the Convention, to bring some form of proceedings against those who offended him in his ‘sensitivities’. To that, the European Commission of Human Rights only stated the following: ‘The question in the present case is therefore whether the freedom of [Art. 9] may extend to guarantee a right to bring any specific form of proceedings against those who, by authorship or publication, offend the sensitivities of an individual or of a group of individuals. The Commission finds no indication in the present case of a link between freedom from interference with the freedoms of Art. 9-1 of the Convention and the applicant’s complaints.’ Mr Choudhury’s application was thus declared inadmissible.

Art. 10 and the principle of legality

Ever since 1991, the ECtHR has not had another chance to hear a case on offended religious sentiments that would be brought under Art. 9 of the Convention. All the relevant case-law happened under Art. 10, i.e. was brought by authors / artists / activists or others whose freedom of speech had been sanctioned by the state. In fact, the most recent case in which the ECtHR dealt with a similar clash of values was Bouton v France, a case decided only last week. Ms Bouton exposed her breasts in a Paris church and France classified this behaviour as a criminal sexual offence and punished it with suspended prison time. Unsurprisingly, the ECtHR drew many parallels between the case of Ms Bouton and the Pussy Riot case (Mariya Alekhina and others v Russia). The Court emphasised that Ms Bouton’s expression was political and aimed to contribute to a public debate on a controversial issue: ‘the right of women to freely dispose of their bodies, including the right to have an abortion’ (§ 48). Therefore, although the controversial act was ‘likely to offend intimate personal convictions of a moral or even religious nature’, the imposed criminal sanction was clearly disproportionate, amounting to a violation of Ms Bouton’s freedom of expression (§§ 52-68).

The judgment in Bouton v France is accompanied by a concurring voice of Judge Šimáčková who pointed out that Ms Bouton was sanctioned for a crime which aims to shield against sexual assaults. However, it seems that the real reason for punishing Ms Bouton was to protect the religious sentiment of persons in the Paris church who could have been offended by Ms Bouton’s actions but certainly not sexually assaulted. Here as well, blasphemy entered the stage through the back door. If France sanctioned Ms Bouton for conduct not outlawed by French law, the interference with her freedom was not just disproportionate, but unlawful tout court – says the concurring judge.

In the Czech case, such a concurring voice is critically missing. Czech society may be less cosmopolitan than the French, but it is certainly equally pluralist and secular. Art. 2(1) of the Czech Charter states that the state shall not be bound ‘either to an exclusive ideology or to a particular religious faith’. Blasphemy is not outlawed by the legal order. Yet, the cardinal’s attempt to reintroduce blasphemy by means of civil litigation sadly turned out to be successful. The cardinal did not win this particular case as the balancing resulted in favour of the theatre’s freedom of speech. However, in principle, the two Czech apex courts opened the way for future litigation against artists or activists which had not existed before. In a way, cardinal Duka succeeded.

More than 30 years have lapsed since Choudhury v United Kingdom, but the ECtHR will soon have an opportunity to clarify the scope of the states’ positive obligations under Art. 9 of the Convention. In a case currently pending before the ECtHR, the applicants claim to have been deeply insulted by an art exhibition using consecrated hosts to denounce paedophilia of priests. The ball is now in the ECtHR’s court, and it remains to be seen how the ECtHR will tackle the intriguing question of sanctioning blasphemy in legal orders that do not sanction blasphemy.

Other posts about this region:
Europa, Tschechische Republik 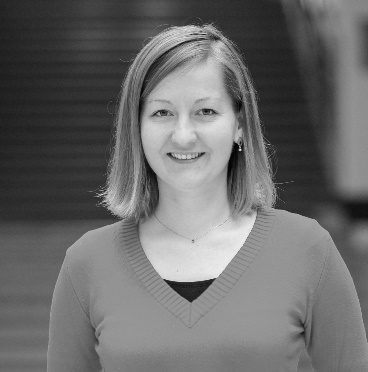 Other posts about this region:
Europa, Tschechische Republik No Comments Join the discussion
Go to Top