Hungary and the Rule of law conditionality mechanism

Since 27 April 2022, Hungary has been under the Rule of Law conditionality mechanism, introduced by the Conditionality Regulation (2020). After various debates and considerations, and in the light of the blackmailing potential of the Hungarian prime minister, the Regulation, in a weaker form than initially proposed, works as a preventive tool for ensuring the protection of the EU budget and sound financial management of EU resources.

The Hungarian government has a record of misleading (and betraying) the European Union, and apparently, it is not different now. This becomes apparent in the replies and remedial measures it has proposed to the Commission, including already adopted but not yet published laws and proposed timeframe. That is why the Commission’s Proposal for a Council decision of 18 September suggests to suspend 65% of certain budgetary commitments. However, still relying on the principle of mutual trust and dialogue, which is not the strong suit of the Hungarian government, the Commission also indicated an additional two months for Hungary to report on the detailed rules and implementation of the proposed remedial measures.

Nevertheless, the proposed draft laws (and some remedial measures) along with the indicated timeframe are a sham and smokescreen, and they cannot be assessed outside of the Hungarian context of illiberalism and its EU law implications – which cannot be addressed successfully by the rule of law conditionality mechanism alone.

The proposed draft laws are a sham: without an independent judiciary, democratic lawmaking process, the implementation of freedom of information, and governmental willingness to listen to critical voices, they cannot effectively reach the goal of the conditionality mechanism.

The proposed timeframe is a smokescreen: while certain remedial measures need time to be introduced, implemented, and evaluated, which is considered justified by the Commission, it could also be part of the game of stalling. This possibility was also recognized by the Commission.

Even at the beginning of the process, Hungary behaved as usual: It wanted to get away by submitting mere symbolic answers. In its first reply (27 June 2022 and by letters 30 June and 5 July 2022), it i) provided superficial explanations, half-truths, or misinformation, without any actual argument, which later were easily rebutted by empirical data collected by the Commission, ii) did not provide anything that could have been considered remedial measures in the context of the Regulation.

As this answer did not satisfy the Commission, in its second reply, the Government submitted 17 remedial measures with an adoption date of the end of September 2022 and an implementation date of November 2022. In some cases, it indicated the year 2023. Assessing the second reply, the Commission was not convinced that just because the Hungarian government said that it would introduce effective remedial measures, they would produce the desired effect. This is why the Commission also stated that without “full knowledge of the details of the concrete measures and before certain key elements are effectively implemented,” it cannot assess the proposed remedial measures. Therefore, the Hungarian government has time until 19 November 2022 to provide these details and experiences of implementation if it wants to be cleared to receive EU funds.

Only based on this attitude of the Commission, it seems that now the tactic of “one step forward and two steps back” or “peacock dance” is not working, and the Commission requires evidence. Nevertheless, context, implications, and the text of the already submitted draft laws should not be overlooked.

Even before the launch of the Article 7 procedure against Hungary, already in 2017, authors warned that illiberal regimes, such as the Hungarian and Polish endangered the European project from within and called for action. Most recently, others call EU institutions complicit for accommodating autocrats. They also blame the EU for disregarding the rule of law and subordinating values to political compromise, mainly in the context of mutual trust and dialogues – which also appears in the Proposal of the Commission. 2022 Rule of Law Report emphasized the flawed law-making process, media, and civil society regulation as problematic areas. The European Parliament, on 15 September 2022, not only labeled Hungary as a “hybrid regime of electoral autocracy” but also blamed the lack of “decisive EU actions”.

More precisely, one must not forget that in Hungary, the constitutional court is captured, the independence of the judiciary is challenged, the last decade in Hungary has been about to shrink independent voices, including the weakening of civil society, the freedom of information rights of citizens is unnecessarily and unproportionally restricted, and Hungary is the second most corrupt state in the EU, and it has already been called mafia-state.

Why measures are shame and smokescreens

Against this background, the efficiency of certain remedial measures, which were adopted by the Parliament on 3 and 4 October 2022, but have not been published yet, is questionable.

The newly created Integrity Authority and Anti-Corruption Task Force are supposed to be fully independent, with an obligation to issue annual reports on their activities (Authority) and risks and trends in corruption and prospective countermeasures (Task Force), which the government is obliged to answer. The composition of the Task Force would involve governmental and non-governmental organization (50%-50%) Decisions of the Authority will be subject to judicial review. Judges are also proposed to be involved in investigations in high-profile corruption cases when the prosecutor fails to investigate or bring charges.

To be effective, these remedial measures rely on the idea of judicial independence, the commitment of the government to listen to independent voices who are supposed to criticize government actions and propose changes, and an ability and willingness to distinguish between “real” and “fake” NGOs.

Conflict of interest rules are now proposed to board-member of the public interest management foundations (because they receive significant public funding, and at this moment, there is no conflict of interest rules applicable to them). Since the privatization of higher education in Hungary, former public universities are now managed by public interest management foundations. These boards enjoy broad competencies, including those previously used by the Senates of the universities. According to the remedial measures, which follow the wording of rules customary in EU legislation, the person with a conflict of interest will not be able to participate in the decision-making process, but they do not need to resign. One can just wonder how effective and applicable this rule will be on these boards, whose members are ministers and public and economic actors close to the government.

In connection with the judicial review of prosecutors’ decisions, the government proposed the following implementation steps: adoption of the necessary statutory amendments to the Code of Criminal Procedure (which is already before the parliament), finalization and adoption of the draft text of implementing rules by 31 October 2022, the initiation of an ex-ante review of the law by the Constitutional Court and entry into force of the new law by 15 November 2022, to conduct a review on the functioning of the procedure no later than the end of 2023, and if necessary adopting amendments following consultations with the Commission by the end of June 2024.

The proposed timeframe, which is considered reasonable and capable of ensuring the effectiveness of the remedial measures, according to the Commission, suggests that Hungary has a democratic lawmaking process, which benefits from ex-ante impact assessment, consultation with stakeholders, and ex-post evaluation of legislation. This has not been the case for years (see Drinóczi, Legislation in Hungary), and NGOs working in the field of corruption have not been consulted on the proposed measures. The introduction of this new institution of judicial review of prosecutors’ decisions seems to be, once again, a hastily prepared and adopted piece of legislation, a practice that has been criticized by the 2022 Rule of Law report. Considering the deferential decision-making practice of the Constitutional Court, an ex-ante constitutional review means no guarantee. In the bill, the entering into force is “the day after publication” in the official gazette. Ex-ante constitutional review postpones the publication as it is a review of an adopted but not yet published Act of Parliament. The Government in its reply to the Commission, nevertheless, projected 15 November 2022 as the final date of entering into force.

As for the content of the proposed law, criminal lawyers are skeptical because rules are dissuasive for the concerned individual to initiate a procedure in terms of costs and difficulties in proceeding with the case. The petitioner should bear all the costs, including those usually worn by the state in the case of losing the case. Legal representation is obligatory. Due to privacy rules, it is almost impossible to identify the cases in which petitioners would claim prosecutors’ inaction. No legal remedy is available against the decision of the investigating judge. If no cases are initiated, this measure will not be effective.

Strengthened cooperation with OLAF is planned to be established. In the second reply, the Government proposed introducing a “dissuasive financial type of sanction in case an economic operator refuses to cooperate with OLAF”. The relevant bill mentions 1 million HUF (2400 EUR) as a sanction. As Hungary has issues with the quality of its democratic lawmaking process, it is unclear based on what data the amount of the sanction was determined.

The EU should not fall for these shams and smokescreens. It seems that the European Parliament has already realized this, and now it is high time to realize it in legal procedures as well. For this, the EU actors should understand that they and illiberal autocrats do not speak the same language (of dialogue) and do not share the same values of operation (mutual trust). Unfortunately, the conditionality mechanism is not the best tool for addressing this problem; it cannot reach far enough, and it still expects the culprits to fix the system. They will not fix it; people could but they chose not to. Moreover, if the conditionality mechanism required more, such as actual judicial independence, EU actors could be criticized for the rule of law violations – which, as the newest example of double standards, would be an additional argument of illiberal autocrats against “Brussels”. 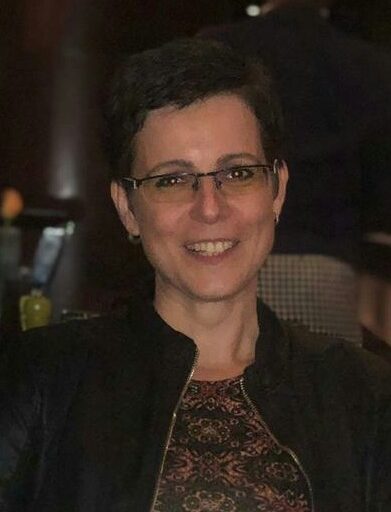