Shying Away from Strasbourg

Last week, the Italian Constitutional Court published its reasoning on a judgment regarding the so-called ergastolo ostativo (life sentence without parole). The challenged provision excludes persons convicted of serious crimes – primarily mafia-type – from a series of benefits (for example, permits and conditional release) in the event that they do not want to collaborate with the authorities. Italy’s Constitutional Court now held that this provision is not in line with the constitution but missed a chance to give full effect to the case law of the European Court of Human Rights.

Since its introduction in 1991, many doubts have been raised regarding the compatibility of Article 4 bis, paragraph 1 of the law on the penitentiary system with Article 27, paragraph 3, of the Italian Constitution. This article provides that punishment cannot take the form of inhuman treatment and must be aimed at rehabilitation of the convicted person.

In its first seminal decision on the issue, the Italian Constitutional Court expressed serious concerns over Article 4 bis as it would rule out social reintegration for certain categories of convicted persons. However, the Court did not deem the provision to be unconstitutional (judgement no. 306 of 1993). Only one year later, the Court held that Article 4 bis was not consistent with the Constitution as it excluded from the benefits convicted persons whose limited participation in a criminal organization would have made it impossible for them to usefully collaborate with the authorities (judgement no. 357 of 1994). In a subsequent judgement, the Court upheld the same decision regarding the situation of condemned persons who cannot provide any valuable information when facts and responsibilities have already been established without the need for further investigations (judgement no. 68 of 1995).

Since these judgements, however, the Constitutional Court has consistently ruled out the incompatibility of Article 4 bis with the principle of social rehabilitation of the offender as enshrined in the Constitution, maintaining that the free choice of the convicted person to not cooperate is just a criterion adopted by the law in order to ascertain whether or not the accused is repentant (judgement no. 273 of 2001 and judgement no. 135 of 2003).

A judgement long in the making

On 23rd October 2019, with judgement no. 253, the Court ruled that Article 4 bis, paragraph 1, violates Article 27, paragraph 3, of the Constitution. There are three reasons for this. First, under Article 4 bis, improvement of an inmate’s prison treatment (or its worsening) is made dependent on the choice of collaborating. This happens because of an absolute presumption that is founded on the equivalence between absence of collaboration and rooting in organized crime. However, given that the sentence would already have been imposed during the trial, it cannot be admitted that failure to cooperate leads to an aggravation of the sentence itself while it is being executed for reasons unrelated to the crime committed.

Second, the granting of benefits must always be made after an individualized assessment on a case-by-case basis in order to understand the pathway to resocialization possibly undertaken by the prisoner.

Finally, use of an absolute presumption does not make it possible to take into due consideration the course of time as a factor that determines changes both within and external to the prisoner (for example, the mafia association may have been defeated or may have dissolved).

A concrete evaluation is, therefore, required based on elements that make it possible to exclude both the actuality of relations with the criminal organization and their restoration.

There have been many negative reactions on the part of legal practitioners (especially public prosecutors) and politicians who argue that this judgement will hamper the fight against the mafia and other criminal organizations. Curiously, these comments were made before the grounds for the decision were made public, so they do not take into account what the Court upheld and are largely based on the idea that the Court erased the ergastolo ostativo from the Italian legal order, which the Court did not do. Put simply, the Court required an in concreto assessment related to the particular convict and his or her rehabilitation path.

In this regard, one should consider the case law of the Italian Constitutional Court. As it was upheld in a ruling from the early nineties, if a criminal sanction was not aimed at rehabilitation of the offender, it would end up exploiting the individual for purposes of general prevention or social defence, sacrificing them on the altar of exemplarity (judgement no. 313 of 1990). In order to avoid this, a flexible and individualized assessment is needed regarding the different interests that the offender might have (judgement no. 450 of 1998).

Judgment no. 253 of 2019 should be interpreted on the basis of this case law as an element that further strengthens the principle of social rehabilitation, considered not as a vague ideal but in its authentic dimension as a constitutional principle that ideally allows (or better still, requires) separation of an offender from the criminal behaviour in question. At the same time, if the behaviour imposes a repressive reaction on the part of the law, the legal order cannot and must not lose hope of the possibility of a genuine change in the offender.

One should, therefore, welcome this judgement and wait for further developments. In fact, the Court’s ruling applies only to exclusion from premium permit, but this precedent does not bode well for exclusion from other benefits also considered under Article 4 bis.

There is, however, a particular feature of judgement no. 253: When delimiting the thema decidendum, the Constitutional Court distinguished between its ruling and a previous judgment of the European Court of Human Rights. The Court underlined that the case brought before the Strasbourg Court concerned not only exclusion from permits but also conditional release and were thus not comparable.

The Constitutional Court was referring to the very recent Marcello Viola v. Italy (No. 2) judgement, in which the European Court of Human Rights dealt with the case of a former ‘ndrangheta leader sentenced to life imprisonment for leading a mafia enterprise active in Gioia Tauro, Calabria, and for being responsible for a series of serious crimes. During his detention, he advanced two requests for prison leave and release on licence, stating that the time served in prison had enabled him to change his life: after his conviction, Viola obtained a degree in biology and another in medicine, and studied economics; he also severed his ties with the criminal enterprise. His requests were rejected by the supervising judicial authorities and by the Court of Cassation on the grounds of Article 4 bis because he had not collaborated with the authorities.

Thus, his rights of Article 3 of the European Convention on Human Rights had been violated as the Italian law obligated him to collaborate in order to be granted the benefits, without taking into account how so doing could endanger his own life and the lives of members of his family due to retaliation by the criminal organization. Furthermore, the law provided for an irrefutable presumption of non-rehabilitation based on the sole fact of the lack of collaboration, without taking into account the overall situation relating to the convicted person.

The European Court of Human Rights based its reasoning on three precedents. In the case of Vinter and others v. the United Kingdom, it  pointed out that

“[i]f […] a prisoner is incarcerated without any prospect of release and without the possibility of having his life sentence reviewed, there is the risk that he can never atone for his offence: whatever the prisoner does in prison, however exceptional his progress towards rehabilitation, his punishment remains fixed and unreviewable. If anything, the punishment becomes greater with time: the longer the prisoner lives, the longer his sentence. Thus, even when a whole life sentence is condign punishment at the time of its imposition, with the passage of time it becomes […] a poor guarantee of just and proportionate punishment.” (para. 112)

In the case of Murray v. the Netherlands, the Court added that periodic review mechanisms must apply in the case of persons sentenced to life imprisonment in order to verify whether the sanction may be reduced due to changes in the life of the criminal which make it evident that detention is no longer justifiable on penological grounds (para. 100). To this end, as stated in Hutchinson v. the United Kingdom, the criteria and conditions laid down in domestic law pertaining to the review must have a sufficient degree of clarity and certainty, and also reflect the relevant case law of the Court (para. 44).

Even if prisoners have been sentenced to life imprisonment, they must, therefore, be offered a chance of social reintegration and the prospect of release if rehabilitation is achieved. This requires an adequate assessment carried out by a competent judicial authority.

Given these premises, the Strasbourg Court upheld that, on the one hand, failure to cooperate with justice cannot always be attributable to a choice made by the prisoner and to his or her lasting association with the criminal organization in question; on the other hand, it may well be that effective collaboration only reflects cosmetic rehabilitation arising out of the desire to enjoy benefits provided by the law.

According to the Court, the Italian law on the penitentiary system provides for an irrebuttable presumption of dangerousness that deprives the prisoner of any realistic prospect of liberation, thus placing such individuals in the position of never being able to redeem themselves. Consequently, the personality of the prisoner remains crystallized at the moment when the crime is committed, excluding the relevance of subsequent actions or behaviour.

Article 3 of the European Convention on Human Rights has, therefore, been violated and in view of the fact that this violation spreads from a legal provision, it is systematic in nature and calls for a reform, preferably based on an initiative of the legislative power. This should allow for a case-by-case assessment to be carried out by the judiciary, superseding the legislative automatism now in force. In particular, the judicial authority should verify whether dissociation from the criminal environment may be expressed in a fashion different from collaboration with the authorities (para. 143).

Therefore, this distinction made by the Italian Constitutional Court appears formalistic to a large extent. It is true that the cases leading to judgement no. 253 only involved exclusion from permits on the basis of a lack of cooperation, while the case brought before the European Court of Human Rights dealt with the denial of permits and conditional release. However, both cases concerned permits and consideration of how a possible future issue of the constitutionality of exclusion from conditional release would lead to the same outcome. Given this, the Constitutional Court could have recalled the Marcello Viola v. Italy (No. 2) judgement, at least in an ornamental fashion. 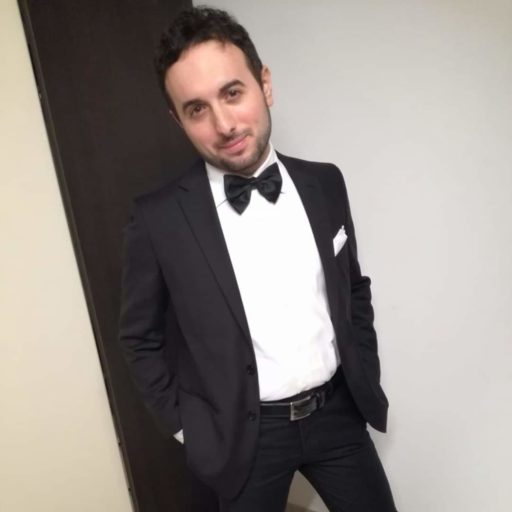