Sovereignty Safeguards in the UK-EU Settlement

The U.K.-EU settlement adopted by the Heads of State or Government, meeting within the European Council, supposedly returns some of the powers to the British Parliament — its goal, ultimately, is to avoid the U.K. leaving the EU. But the concessions are, in fact, rather modest and do not significantly restore Britain’s lawmaking authority. Here’s why, broken down by area of negotiation.

In October 2014, British Prime Minister David Cameron refused to honor the €2.1-billion top-up contribution to the EU budget that the European Commission demanded at the last minute, deeming it “unacceptable.” This prompted a compromise that resulted in the halving of the bill.

One concrete measure in the settlement shields the U.K. Parliament’s budgetary authority from future crises in the eurozone. It proposes a mechanism whereby the U.K. and other non-eurozone countries would be fully reimbursed for the costs of emergency financial measures paid for from the EU budget.

This is designed to allay fears that U.K. taxpayers’ money would be used to resolve public debt problems in the euro area, from which Britain opted out back in 1992. Yet the U.K. already does not participate in the European Stability Mechanism, the permanent funding organisation that provides loans to troubled eurozone economies. Together only with Sweden, the U.K. also does not contribute to the Single Resolution Fund, which finances the restructuring of failing banks and other credit institutions in the EU.

Competitiveness is the least contentious area of the settlement. The EU’s Better Regulation agenda suits British demands for the EU to reduce burden on business and stimulate growth and jobs. This agenda includes plans to cut red tape, simplify or repeal unnecessary EU legislation, and improve impact assessments and evaluations. This is carried out by the new Regulatory Scrutiny Board and the Regulatory Fitness and Performance (REFIT) Platform.

However, national parliaments don’t seem to be involved in any of these processes.

A draft interinstitutional agreement between EU institutions published in December only provides for the final results of impact assessments to be sent to national parliaments. But parliamentarians are neither invited to submit a formal response to these assessments, nor do they sit on the REFIT Platform.

Under the agenda, EU measures inconsistent with the principle of subsidiarity — which is used to test the value-added of EU action — could be repealed. But the U.K. Parliament can already request the Government to bring an action before the European Court of Justice in Luxembourg against such a measure.

The settlement also ensures merely a token improvement to the rights of national parliaments in the EU legislative process. They will continue to be able to issue reasoned objections to draft EU legislation on grounds of subsidiarity infringement through the “early warning mechanism.” This grants each of the 28 Member States two votes, irrespective of whether their parliament is unicameral or bicameral. This makes for a total of 56 votes, despite there being a total of 41 national parliamentary chambers in the EU.

The difference from the current arrangement is twofold. First, parliaments will have 12 instead of 8 weeks to oppose draft EU proposals. This gives MPs and peers sufficient time to examine the merits of proposed EU measures.

Second, it introduces a “red card” procedure, allowing parliaments to halt draft EU legislation without passing the matter on to the Council and the European Parliament for a final decision.

Instead, if 55 percent of the votes allocated to parliaments are cast against a draft EU proposal, the latter is referred solely to the Council for a comprehensive discussion. The proposal can then only be maintained if parliaments’ concerns are adequately addressed.

This works in favor of the U.K. Parliament, because these concerns may vary considerably and it would be difficult for the European Commission to heed them all. This should lead the Commission to discontinue the proposal and this is in harmony with the U.K.’s request for EU legislative restraint

The threshold for the red card will increase from simple majority (29 votes) to 55 percent (31 votes). Either way, this is a tremendously high threshold. According to one estimate, the red card is not likely to affect more than 2 percent of EU measures and would only be flagged once or twice in the next two decades.

The key flaw with this kind of solution is that it promotes a negative role of parliaments, giving them only the power to delay and obstruct EU decisions. Scrutiny focused on who should act instead of on how to act isn’t an effective means of influencing the Commission: of the two yellow cards raised by parliaments so far, one proposal was withdrawn chiefly because of lack of support for it in the Council; the second proposal was maintained despite parliamentary opposition.

This mechanism is primarily an incentive to develop a culture of scrutiny. But Westminster is already a tough scrutinizer of EU affairs.

The role of national parliaments in the EU should instead be devised in a way that enables them to engage in discussions on the substance of EU policy and periodic competence evaluations to ensure that the extent of powers transferred to the EU is in line with the preferences of the domestic electorates.

The settlement furthermore introduces an ‘emergency brake’ aimed at denying newly arriving EU workers access to in-work benefits for a period of four years, while gradually increasing such access as the bond between the worker and the U.K. grows. This largely corresponds to Prime Minister Cameron’s requests.

Pulling the brake is legally contingent on the Commission’s examination of the break application and on the Council signing off on it. It might be difficult to prove that the inflow of EU workers has been of an exceptional magnitude over an extended period of time, that it has affected the essential aspects of the U.K.’s social security system, that it has caused serious and persisting difficulties in the employment market, or that it has put an excessive pressure on the proper functioning of public services.

To reduce uncertainty, the settlement includes a firm political guarantee that the U.K. already meets these conditions. It is trickier to get the brake enacted in the first place, because securing the European Parliament’s consent might lead to it being watered down. The brake might be challenged before the European Court of Justice too. This is therefore a delicate compromise between accommodating Britain and safeguarding free movement in the EU.

Still, the settlement does not prevent the exportation of child benefits. The level of payment will merely be adjusted to the standard of living in the child’s country of residence and even this remains optional. Such indexation already applies, for instance, in the Netherlands. Child benefit exportation is reportedly also allowed in Germany, Italy, Cyprus, Latvia, the Czech Republic, Poland, Luxembourg, and the Netherlands. Indexation might be as good as it gets, because banning such exportation completely might result in the child moving to the host state, thus increasing immigration.

But benefit claims may not be such a big problem altogether. A University College London study shows that in the period 2001-2011 EU migrants made a net contribution of ‎£20 billion to the U.K. economy, with Central and Eastern European migrants contributing 12 percent more than they received. EU migrants also accounted for no more than 2.5 percent of overall benefits administered by the Department for Work and Pensions in 2014.

The U.K.-EU settlement, despite being legally binding and only amendable with the U.K.’s consent, does little to reaffirm British sovereignty. It is primarily a set of restatements and interpretations of existing EU law with new proposals primarily in the area of social policy.

Yet Prime Minister Cameron’s vow to reassert parliamentary sovereignty is nonetheless redundant. Not only does the 2011 EU Act already do this, but more importantly — in U.K. law Parliament is sovereign regardless of the EU and of any legislative enactment. However, Parliament agreed not to fully exercise its sovereignty, so that the U.K. does not violate the primacy of EU law. The latter will therefore practically continue to constrain Parliament’s legislative supremacy as long as Britain is an EU member — notwithstanding the arrangements eked out in this or any future EU settlement.

But even if the U.K. left the EU, it would still not be sovereign in a way that it was centuries ago, because the world we live in has changed. Sovereignty, of the sort advocated by London Mayor Boris Johnson and Justice Secretary Michael Gove, is illusory. In the highly interconnected digital age with unprecedented levels of socio-economic and political interdependence, having ‘more’ sovereignty could actually mean harmful isolation rather than greater self-rule, because many factors that critically determine such self-rule operate outside of the U.K.

Finally, the settlement does provide political assurances that the U.K.’s concerns will be heard, playing down the otherwise symbolic commitment to an ‘ever closer union’ that Prime Minister Cameron considers incompatible with Britain’s place in Europe.

Pro-integration ‘core’ Europe has sent Britain a strong message in favor of remaining in the EU. And they are right: the U.K. should stay In for economic reasons much more compelling than those addressed in the settlement. But ultimately, the British people will have the last word in the June 23rd referendum. 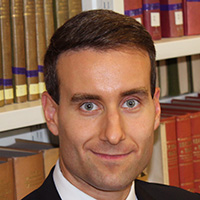 Davor Jancic Dr. Davor Jancic is a Senior Researcher of EU Law at the T.M.C. Asser Institute Center for European and International Law at the Hague, Netherlands.

Other posts about this region:
Europa, Vereinigtes Königreich 2 comments Join the discussion
Go to Top