The Locus Standi of Non-Human Beings Under the German Constitution

In an unpublished non-acceptance order of 14 May 2021, the German Federal Constitutional Court refused to accept a constitutional complaint submitted by the German Branch of the animal rights organization PETA for adjudication (1 BvR 2612/19). PETA’s complaint, submitted in 2019, was directed against § 21 para. 1 sentence 1 of the German Animal Welfare Act (Tierschutzgesetz – TierSchG), which allowed the castration of male piglets under the age of eight days without the application of anesthesia until 31 December 2020, and against the Regulation on the Application of Anesthesia with Isoflurane in Piglet Castration by Competent Persons (Ferkelbetäubungssachkundeverordnung – FerkBetSachkV), according to which medical laypersons may perform surgical castration of piglets with isoflurane. As a novelty, PETA had not submitted the complaint as complainant itself, but as legal representative of all male piglets kept in German fattening farms that were subject to that provision. In its complaint, PETA had alleged the violation of the piglets’ right to life and physical integrity under Article 2 para. 2 sentence 1 Basic Law (Grundgesetz – GG) and the guarantee of human dignity under Article 1 para. 1 GG, the latter by analogous application. Referring to the piglets’ need to be legally represented to enforce their rights, and to PETA’s purpose to support animal welfare as laid down in its statutes, PETA had argued that it was an eligible legal representative of the piglets.

With its non-acceptance order, the Constitutional Court missed an opportunity to open the constitution to non-anthropocentric approaches. A constitutional amendment might thus be necessary to explicitly terminate the long-standing mediatization of the natural environment with its negative consequences for the effectiveness of environmental law and protection.

The case’s underlying question – whether non-human natural entities such as animals should have their own legal rights and be recognized as legal persons – can be traced back to the 1970s, when Christopher Stone published his groundbreaking article “Should Trees Have Standing?” and the U.S. Supreme Court denied standing to the Californian Mineral King Valley in a narrow 4-3 decision. Since then, legal scholars have extensively debated that question worldwide, recently leading to a global trend of the recognition of rights of nature. Within the past 13 years, legislatures and courts have recognized rights of nature (including animals) in a number of countries, among them Ecuador, Bolivia, New Zealand, Colombia, India and Uganda (for a comprehensive overview see here). Most notably with regard to animals, courts in Argentina and Pakistan have recognized rights of a chimpanzee and an elephant, respectively. At the international level, rights of nature have been recognized by the Inter-American Court of Human Rights.

In Germany, the complaint at hand was the first filed by animals before the Federal Constitutional Court. A similar action failed before the Hamburg Administrative Court in 1988. After the majority of the seal population in the German North Sea had died as a result of waste disposal, the Court rejected locus standi of the seals under § 61 (Beteiligtenfähigkeit) of the German Code of Administrative Court Procedure (Verwaltungsgerichtsordnung – VwGO).

With the piglets’ complaint, PETA had launched a new attempt building on the developments of the last decades that have at least theoretically led to an increased legal relevance of animal welfare in Germany, e.g., through the introduction of Article 20a GG, which, since 2002, explicitly protects animals, and modifications of the TierSchG. The main legal obstacle for the complaint had been to prove the piglets’ general legal capacity to hold fundamental rights (Grundrechtsfähigkeit), which is the prerequisite for standing before the Federal Constitutional Court (Beschwerdefähigkeit), see § 90 para. 1 Act on the Federal Constitutional Court (Bundesverfassungsgerichtsgesetz – BVerfGG).

In the complaint, PETA claimed that the piglets were non-human legal persons being capable of holding rights in general (Rechtsfähigkeit) and fundamental rights in particular (Grundrechtsfähigkeit). To this end, PETA first argued that the concept of legal personhood was not connected to the human being but subject to change as a mere construction of the legal order. The concept would thus not only represent the human individual and its legal entities but also be open to animals. PETA then argued that the piglets were capable of holding rights in general by referring to the legal order’s recognition of their intrinsic value and capacity to have interests, e.g., in §§ 1, 17 TierSchG, Article 13 Treaty on the Functioning of the EU, §§ 90a, 903 sentence 2 German Civil Code (Bürgerliches Gesetzbuch – BGB), § 765a para. 1 German Code of Civil Procedure (Zivilprozessordnung – ZPO) and the explanatory memorandum to Art. 20a GG.

On that basis, the complaint proceeded to the capacity of holding fundamental rights in particular. Referring to the draft legislation on Article 20a GG from 2002, according to which animals have a “right [Anspruch] to protection from suffering, harm or pain” (BT-Drs. 14/8860, p. 1), and the human duties vis-à-vis animals set out by the TierSchG, PETA argued that the Basic Law stipulated a constitutional right of animals to protection from suffering, injury or pain. In parallel to Article 19 para. 3 GG, PETA claimed that basic rights applied to the piglets to the extent that the nature of such rights permitted. As sentient beings and due to the corresponding typical risk situation, they should thus hold the right to life and physical integrity under Article 2 para. 2 sentence 1 GG. Moreover, the piglets should fall under the guarantee of human dignity under Article 1 para. 1 GG by analogous application, because § 1 TierSchG and Article 20a GG recognized an intrinsic value of animals.

In its non-acceptance order, the responsible chamber of the First Senate of the Federal Constitutional Court refused to admit PETA’s complaint for decision according to §§ 93a, 93b sentence 1 BVerfGG. Since the Court did not give reasons for the refusal according to § 93d para. 1 sentence 3 BVerfGG, one can only speculate on the Court’s considerations and the prospects of future complaints asserting rights of non-human beings. Article 93a para. 2 BVerfGG stipulates that a complaint shall be admitted in so far as it has general constitutional significance or if it is appropriate to enforce fundamental rights. It is very surprising that the Court rejected at least the general constitutional significance, since the question of whether non-human beings can be bearers of fundamental rights has not yet been addressed by the Federal Constitutional Court.

Unfortunately, both the question on the existence of non-human fundamental rights under the Basic Law and the question on the lawfulness of the cruel practice of castrating piglets without the application of anesthesia now remain without any judicial notice. Yet, there is much to suggest that the long-standing practice was unlawful. If the piglets had been recognized as complainants, at least Article 2 para. 2 sentence 1 GG would have been violated. There is no discernible justification for the castration without anesthesia, since the practice did not meet the requirements of proportionality. Contrary to the assumption at the time of the adoption of the TierSchG in 1972, it is nowadays scientifically proven and undisputed that the castration entails severe pain and suffering not only for grown male pigs, but also for piglets. Regardless of this, the legislator had expanded the transition period for the implementation of alternative measures several times, even though such measures were available, feasible and already standard models in many European states, Australia and New Zealand (cf. Peters/Arnold, pp. 7 ff.). As a result, § 21 para. 1 sentence 1 TierSchG legalized a massive ill-treatment that contradicted Article 20a GG and § 1 sentence 2 TierSchG and would normally constitute a criminal offence under § 17 Nr. 2 lit. b TierSchG. Apart from this, the castration of piglets by medical laypersons with the anesthetic isoflurane according to the still valid piglet regulation is also controversial (see PETA’s complaint, pp. 14 f., 63 ff.; Peters/Arnold, pp. 9 f.) and remains – for now –  without judicial review.

With respect to the question about non-human rights under the Basic Law, a recognition de constitutione lata would be possible by interpreting Article 19 para. 3 GG or Article 1 para. 1 GG differently and in light of Article 20a GG (see Fischer-Lescano, pp. 13 ff.). For a recognition de constitutione ferenda, there are two preferable ways for a constitutional amendment. One would be the extension of the application of basic rights according to Article 19 para. 3 GG to non-human beings (see Kersten, pp. 31 f.). The second would be the adoption of a comprehensive provision expressly recognizing rights of nature within Article 1, 2 or 20a GG. For the latter, Articles 10, 71 f. of the Ecuadorian Constitution and the draft constitutional amendment for the rights of nature in the constitution of Sweden could serve as models. Both stipulate the right of nature to exist, thrive and develop and the right to preservation, regeneration and restoration of its life cycles, structure, functions and evolutionary processes. In addition, both include a right of all citizens to defend those rights by legal action. Alternatively, the role of the legal guardian and representative (guardian ad litem or Prozess-/Verfahrenspfleger) could be assumed by qualified environmental protection associations (as in this case PETA), environmental lawyers as court-appointed counsels, governmental commissioners, guardian councils, or by directly affected citizens.

After all, physiocentric constitutional provisions are not entirely novel even in the German legal system. According to the majority of state constitutions, among them those of Baden-Württemberg (Article 3b), Bavaria (Article 141 para. 1), Berlin (Article 31 para. 2), Brandenburg (Article 39 para. 3), Bremen (Article 11b), Lower Saxony (Article 6b), Rhineland-Palatinate (Art. 70), Saarland (Article 59a para. 3), Saxony-Anhalt (Article 35 para. 3a) and Thuringia (Article 32), animals (and plants [Brandenburg]) shall be respected as living beings.

The piglets case, just as the Hamburg seals case from 1988, shows that by denying legal rights to non-human beings, environmental law remains a legal area with significant implementation, enforcement and control deficits. Without an affected human being, violations of environmental provisions can hardly be taken to court. In this vein, Steffen Augsberg, member of the German Ethics Council, rightly points out that no other area of law faces as much hypocrisy as animal welfare law, which contains a bunch of empty postulations about the intrinsic value of animals. This can vividly be seen also in § 90a BGB, according to which animals are not things but governed by the provisions that apply to things – an ostensibly gracious yet legally meaningless provision.

It is thus time for real legal innovations that start abandoning the anthropocentric bias of liberal legal systems. A constitutional amendment as illustrated above would explicitly terminate the existing legal mediatization of nature with its negative consequences for the enforcement of environmental law, promote social discourse and legal clarity and send out a strong signal of a progressive legal order that frankly tackles the global challenges of environmental pollution, biodiversity loss and climate change in the Anthropocene.

With the non-acceptance order, the Federal Constitutional Court missed the chance to deliver a decision that could have questioned the centuries-old legal anthropocentrism with its instrumental view of the natural environment – an attitude that has turned nature into a mere resource for human needs and well-being, and earth into a polluted and damaged planet on the brink of an irreversible climate catastrophe.

It is now up to the legislator and society to further address the question of rights of nature, and of animals in particular. The Green Party’s federal working group on ecology has already called for such rights. In view of the increasingly pressing issues of environmental and climate protection, the upcoming federal elections in September could be an impetus for legal changes. 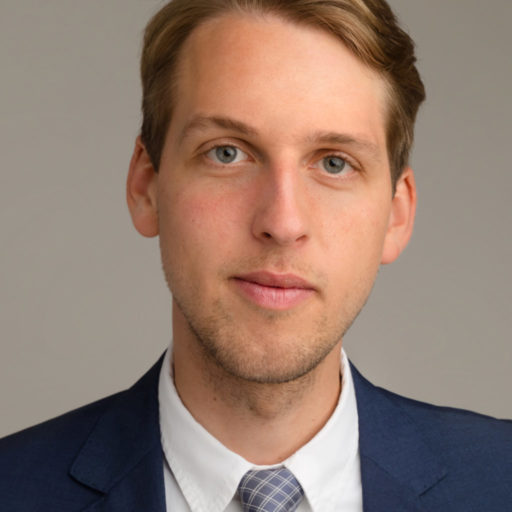 Jasper Mührel Jasper Mührel is a research assistant at the Chair of Public Law, Public International Law, EU Law and Comparative Law at the University of Jena.