State of Emergency in Estonia

According to its new Constitution of 1992, the Republic of Estonia is a parliamentary democracy with a clearly defined principle of separation of powers, a system of checks and balances, and a comprehensive, modern list of rights and freedoms designed on the basis of the European Convention of Human Rights. The government should have the confidence of the parliament, and is accountable before the elected representatives of the people. Democracy in Estonia has so far functioned pretty well, and without any major setbacks. In addition, the Constitution foresees for the first time in Estonian legal history the possibility of a judicial review of constitutionality of any legal act or administrative step of the executive.

Due to the COVID-19 epidemic the Estonian Government (Vabariigi Valitsus), without consulting the parliament (Riigikogu), declared by Order Nr. 76 on 12 March 2020 a state of emergency (eriolukord), defining the epidemic as an “emergency situation”. This is the first time in our modern history where a state of emergency has been declared. The Ministry of Foreign Affairs subsequently informed the Council of Europe of the Estonian derogation under Article 15 of the European Convention of Human Rights.

Article 129 of the Constitution stipulates that

In the case of a threat to the Estonian constitutional order, the Riigikogu may, acting on a proposal of the President or of the Government of the Republic and by a majority of its members, declare a state of emergency in the entire national territory for a period not exceeding three months. Detailed arrangements regarding a state of emergency are to be provided by law.

The present COVID-19 situation (pandemic) in substance clearly falls under the category of light version of state of emergency (emergency situation), which is regulated by the Emergency Act 2017. According to its § 2 –

An emergency is an event or a chain of events or an interruption of a vital service which endangers the life or health of many people, causes major proprietary damage, major environmental damage or severe and extensive interferences with the continuity of vital services and resolution of which requires the prompt coordinated activities of several authorities or persons involved by them, the application of a command organisation different from usual and the involvement of more persons and means than usual.

On the basis of the Emergency Act many government orders have been issued since, and which cover different aspects of the emergency situation, including severe restrictions of freedom of movement: restricting movement across Estonian borders as well as domestically and limiting the freedom of gatherings and worship, right for education, use of property and entrepreneurship etc. These restrictions have a direct impact on enjoyment of other rights and freedoms as well. De facto the emergency regulations take priority over constitutional provisions.

The order of the Estonian Government regarding the declaration of the state of emergency (eriolukord) should, according to the law, provide for:

The constitutional basis to do this is found in Article 87 of the Constitution, which specifies the competences of the Government, stipulating that it may

“in the case of a natural disaster or a catastrophe, or to prevent the spread of an infectious disease, declares an emergency situation in the entire national territory or a part thereof”.

From a constitutional/legal point of view one could point at several deficiencies of the existing legal regulations adopted and administrative steps taken so far. Firstly, it has to be pointed out that in our parliamentary democracy the parliament was left completely out in the process of assessing the situation and discussing the steps to be taken: it was not involved in the declaration of the “emergency situation”. Neither was the Parliament asked for approval afterwards. Parliament was invited to participate only a few weeks later when Government presented a package of legislative changes deemed necessary to meet the needs of the situation.

However, it is not in conformity with the basic philosophy and principles of the constitutional setup of the country as a parliamentary democracy. The measures applied by the Government were very severe for the constitutional rights and freedoms which clearly should call for involvement of the parliament. Even if the Constitution and relevant law expressis verbis do not require it. It gives the impression that relevant laws and regulations in force were drafted under the assumption that they will never be used.

On the basis of the Emergency Act, the Government has ruled the country and handled the pandemic by means of executive orders. Orders of the Government and its crisis committee, led by the prime minister, have had serious impacts on the entire society, especially on the economy and the constitutional rights. These orders contain a massive scale of infringements to constitutionally guaranteed rights and freedoms: for example, and to name just a few, planned treatments of patients were postponed, family life was restricted, as well as freedom of property and entrepreneurship, freedom of private life and self-determination, freedom of movement and assembly, rights to education etc.

According to the emergency law, the supervision competence on the execution of the orders and compliance with the Act remain also within Government. No need or legal obligation to report to the parliament. However, it has to be mentioned, that government (executive) orders (haldusakt) could be challenged in administrative courts if they infringe constitutional rights and freedoms of concrete person. There are no specific or accelerated procedures for that situation. Complaints will be handled by administrative courts post factum in ordinary procedures.

According to Estonian legal tradition and the principle of constitutionality, any infringement of constitutional rights and freedoms should be permitted only on basis of formal law (seadus) – a legal act adopted by parliament. The Emergency Act 2017 was adopted by the legislator, but it does not contain any reference to the Parliament itself nor to the Constitution in handling the state of emergency. One can argue that the Estonian Parliament at material time voluntarily transferred its duty and constitutional function to the executive.

The involvement of parliament is essential not only because the constitutional system so requires. It is also important due to the degree of burden these restrictions have put on civil society, affecting everyday normal life, and the wide range of infringements of the constitutional rights and freedoms that they entail. If measures proposed and applied would have been discussed in parliament and later being under parliamentary scrutiny, the risk of abusing extraordinary powers would be clearly smaller. Even if the Government has parliamentary majority backing.

The general lockdown has paralyzed the normal procedural functioning of the representative bodies (legislature) on the state level as well as at the municipal level. The procedures and methods of work of the representative bodies are prescribed in respective laws and bylaws. They were drafted and adopted for the needs of traditional ordinary situation. They did not foresee the possibility of continuing their work in a state of emergency. Relevant regulations simply were not prepared for that type of situation and restrictions.

Restrictions put in place by the Government which include the general ban of assembly and gatherings and the 2+2 rule (no more than two persons and two meters from each other), do not fit with the existing rules and methods of work of the representative bodies. They were instead put on hold or the bodies had to invent an ad hoc ways to hold meetings and to do their job. The judiciary and courts still function, but without public hearings.

Although Estonia is pretty well developed in digital maters the relevant Estonian laws and bylaws did not foresee the possibility of digital (distance) meetings and decision-making. These possibilities and working procedures had to be invented. But in order to be legitimate, they should have a solid legal ground, be well-considered and fixed by respective legislation and regulations. Alternative working measures are essential to keep democracy functioning in an emergency pandemic situation like we have right now.

Acting without parliamentary control and scrutiny, the coalition Government has more room for temptations to use the powers given under the state of emergency for the benefit of their own political agenda. We have observed those steps also in Estonia. The Coalition has put into the package of emergency legislation new, unrelated provisions and even legislation which is only remotely linked to the urgent needs to meet the situation. But which nevertheless has strong links to their own political agenda – for instance, changes of the present pension system and stricter controls on migration.

Vitally important for democracy and the protection of constitutional rights and freedoms in a state of emergency is adequate judicial control of other branches of power, especially the executive. Important are both – abstract and concrete norm control. In brief – abstract control is designed for legal acts not yet in force and concrete control is for acts which are in force already. In the latter case, constitutionality issue comes from concrete application of the law in life and judicial verification departs from concrete court case.

The relevant Estonian law (the Emergency Act) is silent about judicial review. So far, no court cases have been initiated to check the constitutionality of the emergency legislation. Partly this is due to the Estonian system where the abstract norm control, or the possibility of review without establishing a concrete case of harm, is dominant. Abstract judicial control cases could be initiated by state institutions (the Chancellor of Justice (õiguskantsler) and President of the Republic). In abstract norm control, the check of constitutionality is done by Supreme Court using methods of legal analysis, argumentation and assessments, and is not based on any concrete case.

The judicial procedure is, on both procedures however, time consuming. The classical judicial norm control systems are relevant, but slow in producing results. Especially abstract norm control is assessed often as formal and too abstract/theoretical. So, it does not fit to a situation of urgency or emergency. People can turn, as indicated above, to the first instance administrative courts, but it has seldom happened, because again, the procedure is too slow and formal and has been regarded as not efficient because it does not prescribe just satisfaction for the victim. More important in such a situation would be direct access to the constitutional court via an individual constitutional complaint. Such a measure, while needed, is what many constitutionally advanced countries have, but not Estonia.

Other posts about this region:
Estonia 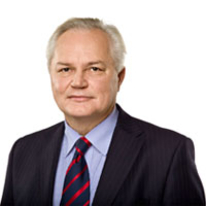 Rait Maruste Rait Maruste is Associate Professor at Tartu University Law Faculty. He has been the President of the Estonian Supreme Court (1992-1998); judge at ECHR (1998-2010), member of Estonian Parliament (2011-2015) and chair of its Constitutional Committee.

Other posts about this region:
Estonia 2 comments Join the discussion
Go to Top