Greece’s persistent financial malaise is at least partly due to institutional deficiencies. In particular, both public administration and the judiciary are consistently underperforming vis-à-vis modern European standards. In addition, whereas Greece’s bailout packages have incorporated technical assistance aiming at strengthening Greek public institutions on various fields, these efforts have not brought about any significant success. Starting from these valid assumptions, Armin von Bogdandy and Michael Ioannidis offer both an explanation of the failures and an innovative proposal to address the Greek drama. One-sided as it might be, their explanation rightly emphasizes the current Greek elites’ unwillingness and inability to reform the state (whereas the quality of technical assistance that was provided to date also needs to be thoroughly assessed). The proposal emphasizes the need to recruit a critical mass of highly qualified personnel in order to reform the Greek state. More importantly, according to von Bogdandy and Ioannidis, the EU should undertake a significant role in implementing this idea in terms of recruitment procedures, employment status as well as payment arrangements of the newly hired personnel. Although the authors do not exclude candidates based in Greece, they clearly expect (or even prefer) the Greek diaspora to make particular use of this proposal.

For the Greek drama to be resolved on a long-term basis, the shift from the exclusive focus on finances to institutional arrangements is long overdue. The authors convincingly set out the proposal’s significant advantages. At the same time, however, its implementation might raise a host of both legal and practical considerations. Without emphasizing the latter in this contribution, the effectiveness of the proposed scheme is doubtful. Creating two categories of public servants and significantly differentiating their employment status runs the risk of creating a fatal dissonance within Greek public administration: Conservatives against reformers, “Greeks” against “foreigners” (as a matter of allegiance, rather than citizenship), the implementation of the idea might result in an arduous confrontation, based on appearances rather than substance, in any event all but conducing to administrative effectiveness.

The authors identify general and cautious provisions of (primary and secondary) EU law as a possible basis for these additional EU powers. However, the effective implementation of Union law as a matter of common interest or technical assistance so as to enhance administrative capacity fall short from empowering the European Commission to hire public servants in the Member States as EU officials. But also from the perspective of Greek constitutional law the proposal raises several issues. First, according to an explicit constitutional provision that was enacted with the 2001 constitutional amendments (Art. 103 par. 7), in terms of principle, engagement of public servants “shall take place either by competitive state examination or by selection on basis of predefined and objective criteria, and shall be subject to the control of an independent authority”, the Supreme Council for Civil Personnel Selection. Admittedly, over the years the Greek political system has repeatedly tried to circumvent this constitutional guarantee. Perhaps more importantly, this constitutional guarantee pertains merely to the recruitment procedures, leaving intact the selection for key managerial positions within public administration. Still, it seems an inadequate response to these implementation gaps and deficits to react by altogether relinquishing these constitutional requirements and entrusting the recruitment procedure to the European Commission. Second, the distinct payment arrangements of personnel selected under the proposed scheme would run the risk of violating the constitutional requirement of equal pay for work of equal value. Further, any preference, direct or indirect, to candidates from the Greek diaspora, could contravene the equality of Greek citizens in terms of eligibility to public service (Art. 4 par. 4 Const.).

In addition, “credible safeguards against unlawful pressure as well as trustworthy mechanisms of accountability”, to quote von Bogdandy and Ioannidis, are absolutely critical across the board of any modern public administration rather than merely with respect to isolated islets of highly qualified personnel. Ultimately, the selection of public officials is intrinsically related with the core of state sovereignty. Greek authorities lack the power to abdicate this responsibility to EU institutions, all the more so without equality and reciprocity. Fair enough, von Bogdandy and Ioannidis realize this danger, emphasizing that the appointments need the “approval” of Greek authorities to counter any accusation of “foreign domination”. Nonetheless, this approval will be either limited to a mere formality – in which case the sovereignty problem persists – or it will be substantive in nature – then potentially undermining the very essence of the proposal.

Understandably, in an era of crisis the importance of legal and constitutional standards evolves. Extraordinary problems might require extraordinary solutions. In this vein, the Greek financial emergency has initially resulted in a lenient judicial scrutiny with respect to fiscal consolidation measures. When shifting the focus from finances to institutions however, strict judicial scrutiny is necessary to ensure the very foundations of democracy and fundamental rights as an existential requirement of (Greek but also) European constitutionalism. Consistent with this, in recent years, the Council of State, Greece’s Supreme Administrative Court, has effectively recognized quasi absolute status to “meritocracy” considerations as a principle of Greek constitutional law even against competing considerations also of a constitutional stature. At the end of the day, creating additional legal controversies and also conceiving state reform as a European importation rather than an indigenous concern might harm rather than benefit the Greek cause. 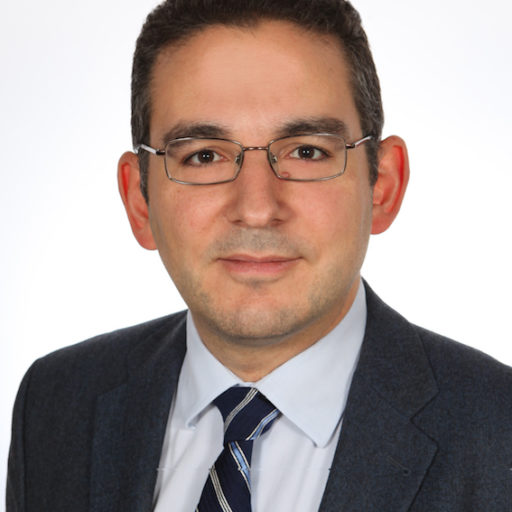 Other posts about this region:
Europa, Griechenland No Comments Join the discussion
pixel_not_set
Go to Top