Hungarian asylum policy has become a testing ground for how long an EU Member State can get away with systemic breaches of EU law. Some of these policies also foreshadow certain elements which are proposed, albeit in less restrictive forms, in the new EU Pact on Migration and Asylum. On 17 December, the CJEU found that key pillars of the Hungarian asylum regime breach EU law. The case also highlights that civil society is more than a supporting actor in the fight for rule of law and fundamental rights, as litigation by NGOs has become a leading force in ensuring compliance with EU and international law obligations.

Since 2015, Hungary’s asylum system has been dismantled through a series of laws and measures that barred access to the country and access to asylum.

In December 2015, after the first major upheaval of the crisis over refugees and migrants had subsided, the European Commission (EC) launched an infringement action against Hungary over some of the measures it had adopted till then. The Commission’s original formal notice did not address the issues of criminalizing border crossings, arbitrary detention, or the stripping of the courts’ reformatory powers in asylum cases.

Although the additional restrictions to asylum enacted in 2016 were severe, the Commission did not take new steps until May 2017, when it sent an additional formal notice to Hungary. It dropped many of its previous concerns and focused mostly on

The likely reason for the EC’s long inaction was a misplaced belief that engaging in closed-door discussions with the government would yield results. In March 2017, when the new set of legal changes entered into force, Commissioner Avramopoulos flew to Budapest in a last attempt to convince the government to bring legislation in line with EU law. Not surprisingly, Avramopoulos returned to Brussels empty-handed. Apparently the EC had underestimated PM Orbán’s willingness to violate fundamental rights and sustain conflict with “Brussels” over the issue of migration that also served his domestic political agenda.

The CJEU delivered its judgment on 17 December 2020. The ruling as well as its preceding developments show the gravity of the problems resulting from the Hungarian government’s dismantling of the rule of law.

The Court found that restricting access to the asylum procedure to the two transit zones (with a continuously decreasing admittance rate, which by January 2018 fell to one person/day/transit zone) was incompatible with rAPD. The ruling reiterated that placement in the transit zones amounts to detention. Regarding the push-back legislation, the Court established that such law and practice is in breach of EU law. The general lack of suspensive effect in court procedures related to asylum cases is not in line with the Directive. Hungary tried to justify its derogations from EU law by referring to Article 72 TFEU, but the CJEU noted that it is not possible to invoke the exception provided therein based on a general recourse to a risk or threats to public order and national security.

The five-year long saga that led to the CJEU’s latest ruling also illustrates how the Commission’s reluctance to act swiftly against systemic violations of fundamental rights greenlighted the Hungarian government to continue to commit breaches of EU law without having to face timely consequences. In parallel, by the time the CJEU judgment was announced in December 2020, several key limbs of the Kafkaesque monster the Hungarian asylum system came to be had been severed. This was due to litigation mounted by the Hungarian Helsinki Committee, a Budapest-based human rights NGO that provides legal assistance to asylum-seekers in partnership with UNHCR, where Hungarian judges made preliminary reference requests to the CJEU.

First, in November 2019, the European Court of Human Rights (ECtHR), in its Grand Chamber judgment in the case of Ilias and Ahmed, found that Hungarian authorities had failed to assess the risks of treatment contrary to Article 3 ECHR before removing asylum-seekers whose claims had been rejected from Hungary to Serbia (analysed in detail by Maximilian Pichl).  Moreover, because the Grand Chamber judgment referred to a situation in effect in the transit zones in September 2015, the ruling sowed the seed to what could lead to future findings of violations of Article 5 ECHR in currently pending cases where applicants had been held in the transit zones after the changes of March 2017 took effect.

The ultimate condemnation of transit zone detention came in May 2020, as a result of a preliminary ruling request that was decided in an urgent procedure (PPU), when the CJEU found that placement in the transit zones amounted to unlawful detention, and in any case, no one may be kept there for longer than 28 days. In reaction to the judgment, the Government decided to shut down the transit zones, and 280 detainees were finally released. This was an important litigation victory for the HHC and its lawyers, who represented the two asylum-seeking families concerned by the judgment who regained their freedom after 464 and 526 days of unlawful detention.

Shutting down the transit zones also ended the shameful practice of denying food to rejected asylum-seekers detained there. The HHC immediately began seeking interim measures from the ECtHR when the first such cases arose in August 2018 and secured them in altogether 24 cases. In contrast, it took the Commission a year to launch an infringement procedure, after 25 detainees had already been deprived of food. Another 9 detainees were denied food just before the transit zones were finally shut down.

In  an equally important preliminary reference ruling in July 2019, in the case of Torubarov, also represented by the HHC, the CJEU found that depriving courts of reformatory powers in asylum cases led to what the Advocate General described as an “endless ping-pong” between asylum authorities and the courts, in breach of the requirement of an effective remedy. The Torubarov case dealt another significant blow to the arbitrary Hungarian asylum system, focusing on a key legal issue that the EC has never raised.

The European Commission triggered yet another infringement action over the introduction of an unlawful inadmissibility criterion in 2018, which is currently pending at the CJEU. However, on this very issue, the HHC again managed to obtain a faster ruling in March 2020 through a preliminary reference that found the inadmissibility provision in breach of EU law.

In this game of police and robbers, the Hungarian government seems to be getting away. The CJEU judgment from May 2020 has not been implemented, and in the meantime legal changes de facto removed Hungary from the Common European Asylum System by restricting access to asylum to two embassies, in Belgrade and Kyiv. The EC triggered an infringement action in October 2020.

The power of conviction

That lawsuits taken by a Hungarian human rights NGO can reach the CJEU swifter than those launched by the Commission is clear evidence that strategic litigation and determined advocacy can move mountains. At the same time, this is also a cause for great concern. It speaks volumes of the Commission’s reluctance to promptly and effectively go after a Member State that deliberately ignores and breaches EU law. Especially taking into account that the particular NGO has been facing threats to its existence and continuous harassment from the government and its propaganda media.

The December 2020 judgment once again exposes the ugly state of the rule of law in Hungary. In the end, the ruling confirmed the fundamental rights violations which caused the suffering of thousands who were unlawfully detained in the transit zones since 2015. Many of them, like the HHC clients in the landmark preliminary ruling  cases, were detained for over a year. The domestic legalisation of push-backs resulted in over 50,000 unlawful and often violent removals from Hungary since July 2016.

These systemic and monstrous violations have the same origins: the illiberal state of Hungary where laws are changed overnight without consultation, in disrespect of fundamental rights or international and EU law obligations. As the Hungarian government crafted migration into a toxic issue by spending millions of Euros on xenophobic hate campaigns in the past five years, the European Commission became increasingly reluctant to promptly call out the rights violations of the illiberal regime. This allowed the government to carry on experimenting at the expense of refugees, rights and legal standards. By now, it has a near perfect command of stalling and derailing action against its trampling of the rule of law and human rights.

The Commission should finally come to terms with this and not place the burden and risk on civil society to take the ever-expanding illiberal regime to court. Instead, the Commission should now ensure prompt compliance with the judgment so that push-backs end immediately. It cannot afford to repeat its tardiness in the case of the non-implementation of the CJEU judgment of the 2017 NGO law.

For our success rests not only on our resolution. It was Hungarian judges who dared to defy government policies and potential backlash, and referred cases to the CJEU for  preliminary rulings. Our success very much depended on the resilience of our own asylum-seeking clients – had  they lost hope in us and in finding justice, their cases would have been closed before the landmark judgments could have been delivered. In destroying the rule of law in Hungary, the government is working hard to eliminate this resilience – by finding ways to attack the independence of the judiciary; by further destroying independent institutions and eroding checks and balances; and by continuing to restrict civic space.

The laboratory of illiberal and unlawful policies from Hungary clearly extends far beyond the politically highly charged field of asylum and migration and presents an overall threat to the rule of law and human rights in Europe today. The Court of Justice has been key in upholding and developing EU law standards in these domains, to everyone’s benefit. As even more politically sensitive cases are bound to reach the Court, such as the one about the rule of law conditionality regulation, it could be the Court itself which might find itself challenged. 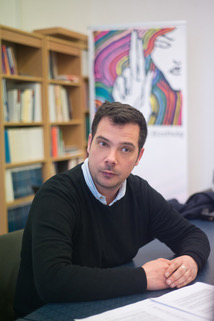 András Léderer András Léderer is senior advocacy officer at the Hungarian Helsinki Committee, and is also engaged in the HHC’s strategic litigation work through evidence and data gathering. 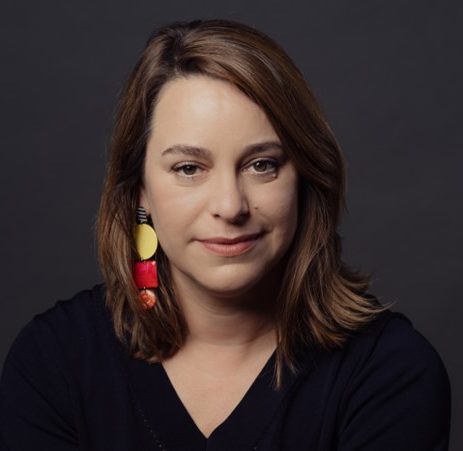 Márta Pardavi Márta Pardavi is a lawyer and co-chair of the Hungarian Helsinki Committee, a nongovernmental watchdog organization that protects human dignity and the rule of law.