Last Sunday’s parliamentary elections resulted in a composition of the Verkhovna Rada – the Ukrainian parliament – which guarantees a solid majority to the President’s party. The circumstances leading to the prematurely held elections, however, were more than doubtful from a constitutional law perspective. The Constitutional Court (CC) confirmed the dissolution of Ukraine’s parliament as constitutional in a controversial decision which strengthens the position of the president and thereby ignores the intentions and objectives of the Maidan revolution of 2014.

Why to prematurely dissolve the parliament?

Wolodymyr Zelensky won the second round of the presidential elections in Ukraine in April 2019 with 73% of the votes, beating then office holder Petro Poroshenko who had been elected in 2014 in the first round with an absolute majority of 54% of the votes. The political landscape in Ukraine has completely changed since the Maidan revolution. The People’s Front of former prime minister Yazenuk which, as the strongest party, took 23% in the parliamentary election of 2014 did not even participate in the municipal elections of 2015 shocked by the 1% as shown in the polls. The Bloc Petro Poroshenko which arrived second in 2014 with 22% of the votes melted down to some 8% in the polls now coming third in the political ranking. Sunday’s parliamentary election largely confirmed the polls, Zelensky’s “instant party” The Servant of the People gaining 42.5%, the pro-Russian Opposition Platform 13%, Poroshenko’s European Solidarity 8.5%, Timoshenko’s Fatherland Party 8% and another “instant party” of a rock singer 6.3%.

Zelensky a lawyer by formation and a comedian by profession who came to power by surprise and not for what he promised – as he did not actively participate in the electoral campaign, but limited himself to continue his comedy show – took advantage of the general refusal of the Ukrainian population to lend support to any of the established political forces. Once appointed President on May 20, 2019 Zelensky dissolved the Parliament by decree of 21 May 2019. This move served to capitalize on his political success and to bring parliament in line with his political movement. The Verkhovna Rada, the Ukrainian parliament whose composition was still based on the 2014 election results. Its term started on 27 November 2014 and was supposed to expire after five years with rotating elections scheduled for the end of October 2019. One could have thought that the President should have waited for the Parliament’s term to end. However, taking into consideration the very short dates of expiry in Ukrainian politics he may have feared that by October he could have lost a great part of his political credit.

In 2014 after the parliamentary election of October 2014, the government was backed by five parties, 3 of them leaving the coalition in 2016. Nevertheless, the new prime minister Groysman managed to be confirmed by the majority of the deputies and in the following he was backed in most of his political projects by the parliament. On 17 May, 2019 the People’s Front – shortly before the swearing in of the new president – left the coalition; thereupon, the president of the Verkhovna Rade declared the end of the coalition.

The Application of the Law to the Given Situation

Zelensky argued that there has not been a coalition for a long time and that it was a question of common sense to allow for snap elections after the change of the political landscape. Others declare that the coalition ended only on May 17, 2019 when the People’s Front left the coalition. The argument in favour of this position is that the government Groysman could permanently rely on a majority in the parliament. Following the second position means that Zelensky could not dissolve the parliament on May 21, 2019 as the time of one month after the end of the coalition had not yet lapsed. Consequently, Zelensky would not have been able to dissolve the parliament at all because in June 2019, art. 90 para. 3 of the constitution would have blocked such a step. For this reason, 62 deputies – most of them members of the People’s Front – brought the case before the CC. In an open letter, 6 well-known Ukrainian constitutional lawyers, among them two former justices of the CC, published a letter in which they qualified the dissolution of the parliament as clearly unconstitutional.

The CC handed down its decision of 15 pages on 20 June 2019. The Court made some lengthy explanations on the principle of the separation of powers and underscored that every organ may exercise only those powers which have been transferred to it by the constitution. Art. 102 makes the president the guarantor of the constitution, one of his powers being the dissolution of the parliament, according to Art. 106 . The Verkhovna Rada is the representative of the interests of the people and the constitution requires the parties to form coalitions. Until 2010, the end of a coalition was announced in the bulletin of the parliament. Since then there has been no official act stating the splitting up of a coalition which makes it difficult, if not impossible, to determine the moment when a coalition ends. Art. 90 para. 3 in this respect just declares: “The early termination of powers of the Verkhovna Rada of Ukraine shall be decided by the President of Ukraine following relevant consultations with the Chairperson, Deputy Chairpersons of the Verkhovna Rada of Ukraine and with Chairpersons of Verkhovna Rada parliamentary factions.” The CC stated a conflict between the President and part of the Verkhovna Rada about the exact date of the end of the coalition. At this point, it surprisingly brings into play the people as the only source of power as laid down in art. 5 of the Constitution. If there is a conflict between two organs, the Court reasons, it is up to the people to decide it. The CC adds some notions which are of importance in a State of law, such as the supremacy of the law, the certainty of the law etc. without making quite clear what this means in the given context. At the end it just states that the dissolution of the Verkhovna Rada is in line with the constitution.

The decision does not come as a surprise. In its history, the CC has mostly defended the position of the most powerful organs in difficult cases. Nobody seriously expected the CC to decide against the will of the president, the vast majority of the Verkhovna Rada and also of the people (polls showed that 88% of the population welcomed the snap elections.) One may add that in Germany, too, the constitutional court never dared to declare even the most doubtful dissolution of the parliament unconstitutional while the electoral campaign was conducted.

However, the reasoning of the CC is extremely poor. For one, it does not even state the facts as every regular decision usually does. Furthermore, the legal arguments are limited to the usual phraseology related to the State of law and quotations of the constitution without building up a logical structure with proper deductions and conclusions. Therefore, the operative part of the decision appears to be the outcome of will rather than of mind. The CC avoided any comment on the specific history of Ukraine. The Maidan revolutions of 2004 and 2014 were both about the rapprochement of a (semi-) presidential system to a parliamentarian system. Therefore, the amendments to art. 90 allowed for a dissolution of the parliament by the President only under specified conditions. By allowing the President to decide whether these conditions are fulfilled in order to get a compliant parliament, the decision runs counter to all ideas which inspired the two revolutions (and which might have been forgotten even by the people itself, if one considers the lowest turn-out ever in Sunday’s parliamentary elections). Even if the justices concluded that it is best for the Ukraine to have a parliament that is not in conflict with the President, an explanation on why they betray one of the most important achievements of the Maidan revolutions should have been indispensable. By avoiding any discussion on this issue, the CC failed to live up to its responsibilities and to finally gain a meaningful profile in relation to the other constitutional powers. 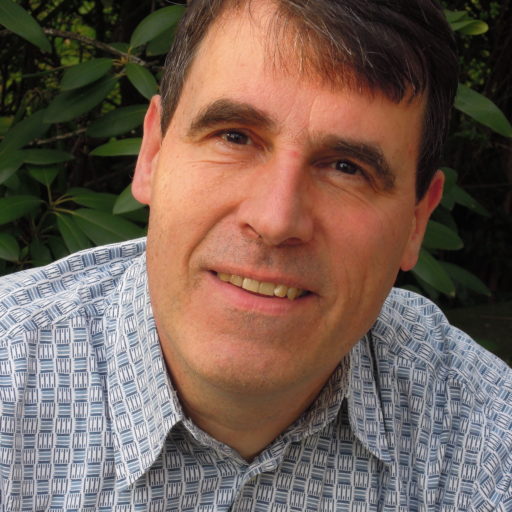 Matthias Hartwig Matthias Hartwig is Senior Researcher at the Max Planck Institute for Comparative Public Law and International Law. He regularly participates in workshops with the Constitutional Court of Ukraine.