The conveners asked the third panel of the conference to take a European law perspective, as we are dealing, after all, with a conflict between two European countries. This European perspective raises several questions, many of which you can find in the programme. These questions can be roughly organised into two main categories. First, is there or should there be a particular European law of state immunity? Second, is there a particular European way of dealing with conflicts that could help find a short-term solution or teach us a long-term lesson?

Is there a particular European law on state immunity, a European ‘Sonderweg’, that grants an exception from state immunity in specific cases, for example allowing remedies for grave breaches of public international law such as genocide, war crimes or crimes against humanity? The short answer is no. It has been shown that the necessary elements of a corresponding regional customary law cannot be established. State practice in most European states (except for Italy and Greece) does not limit state immunity. Moreover, the principle of full state immunity for the exercise of state authority (acta iure imperii) is confirmed elsewhere. The European Union  Brussels I Regulation, which provides that civil and commercial judgments from one EU state are enforceable everywhere in the EU, now expressly states that enforceability does not extend to a state’s liability for acts and omissions incurred during the exercise of state authority. Besides, European states are very concerned about preserving state immunity for armed forces’ activities during an armed conflict despite accepting the so-called foreign tort exception to state immunity under the U.N. Convention on Jurisdictional Immunities of States and Their Property or the European Convention on State Immunity. This is preservation stated explicitly by the European Convention on State Immunity, and made clear by declarations of several European states acceding the U.N. Convention.

Finally, the European way does not only refer to the European Union, but it also refers to Europe in a broader sense, and to the European Council in particular. The European Court of Human Rights, in particular, also deals with issues of state immunity. It has repeatedly held that state immunity may lawfully limit the right to access to a court, guaranteed under Article 6 of the European Convention on Human Rights, even in the face of torture (accepting the legitimate aim ‘of complying with international law to promote comity and good relations between States through the respect of another State’s sovereignty’, Al-Adsani, case No. 35763/97, para. 54). Even if commentators voiced different positions on the potential for a further development of the law of state immunity, it was beyond dispute that there is no European exceptionalism when it comes to the law of state immunity, as it currently stands.

However, would it be a good idea to have a specific European customary law of state immunity granting individual access to a court in certain circumstances? Again, the brief answer is no; at least that is what the majority of the conference felt. First of all, customary law that is typical of primitive legal systems was considered the wrong kind of legal source for the delicate task of reconciling state immunity with an individual’s right of access to a court in a sophisticated legal order. Moreover, there was general unease with the idea of a European Sonderweg (European exceptionalism) and a European cure for the world (‘Am europäischen Wesen soll die Welt genesen’). But, most importantly, restricting state immunity was rejected because a majority of participants feared it would open Pandora’s box; it would endanger any attempt to reach peace and stability after war as the victims would be encouraged to bring claims in their own countries or elsewhere, instead of living with inevitable injustices. It would incite forum shopping in Europe. And, if other states followed, it would put European states at risk of exposure to judicial proceedings abroad, which would not necessarily satisfy the European idea of the rule of law.

Turning to the second question, European solutions and lessons, I would like to start with a preliminary remark. What does Europe (the European Union as well as the Council of Europe) stand for? The good news is that our debate, standing out against the current trend of Euroscepticism, recalled the success story of Europe, which was implicitly and explicitly characterised by peace, stability, democracy, rule of law, and human rights. This success story also helps explain why the positions of the Italian and Greek claimants have such an appeal seventy years after World War II. In present-day Europe it seems less urgent to sacrifice individual justice in order to guarantee peace and stability, and more pressing to provide the highest possible standard of individual rights.

Now, does Europe provide for solutions to our conflict at hand? Some stressed that the conflict was, to-date, dealt with in a European way. Disagreements are brought to court (the International Court of Justice in our case) and are not resolved by the use of force. If that appears somewhat minimalistic, one might add another point – the legal debate about the correct position on state immunity or the right to access to court does not run along national lines. Both Italian and German scholars alike criticise either the International Court of Justice or the Italian Constitutional Court, or support either the case for state immunity or individual rights. This is not at all a matter of course.

However, does the ‘European way’ also provide for more specific solutions or lessons? With regard to short term solutions of the specific dispute at hand, the answer must, once again, be no. Like in the other panels, the participants discussed the arguments in favour of the legal path (further judicial proceedings) and the political path (negotiations, settlement) without coming up with third options. What’s more, the debate did not suppose that there would be any short-term implications for European military operations. If these operations are attributable to the states, the corresponding legal framework of state immunity does not differ from cases of unilateral operations. In practice, the states would regularly enjoy immunity based on the status of forces agreements concluded with the territorial state (i.e. based on treaty law, which would make it even harder to restrict immunity since this would have to be based on ius cogens).

After giving three answers in the negative, what about our panel’s success story, or a European way of dealing with things? It emerged that the most salient feature of a ‘European way’ was to offer long-term lessons about dealing with legal conflicts. First, Europe has a long history of judicial conflicts and judicial dialogue. I will only mention some of the most prominent cases. Within the (now) European Union, constitutional courts have invoked constitutional provisions to, at least potentially, limit the reach of European Law (Solange). Within the framework of the European Convention on Human Rights, the European Court of Human Rights defined the scope of its jurisprudence with respect to EU-Law (Bosphorus). Finally, the European Court of Justice upheld human rights in the face of the anti-terrorist sanctions regime set up by the U.N. Security Council (Kadi).

Second, European legal orders have a long history of reconciling and balancing legal rights and interests, as the omnipresent principle of proportionality illustrates. Insights from this particularly rich experience can guide courts in future disputes. The panel looked at two techniques of judicial dialogue in particular – the counter-limits doctrine, applied by the Italian Constitutional Court in Sentenza 238 vis-à-vis the International Court of Justice, and the test of equivalent protection used by national and European courts (in Solange and Bosphorus, for example) to ensure respect for fundamental rights vis-a-vis the European Court of Justice. The counter-limits doctrine prevents international norms from entering into the national system, for the purposes of safeguarding the supreme principles of the Italian Constitution. This approach can have positive effects first by confirming the existence of common or at least compatible values in different legal systems, and second by warning the courts of other legal orders about potential conflicts. However, as was frequently repeated during the conference, the problem of the barking dog arises – a dog that only barks, and never bites, might lose its credibility. And once the dog bites, that is, once the counter-limits doctrine prevents the application of international legal rules (as was the case in Sentenza 238), the contrast between legal orders becomes difficult to reconcile.

The main idea behind the equivalent protection technique, on the other hand, lies instead in the assumption that safeguarding fundamental rights is a cornerstone of both the (international) legal order from which a legal act originates and the (national) legal order that should implement it. Thus, it is accepted that the protection provided at the national or Convention level and the EU level does not need to be exactly the same, but that the protection may be comparatively adequate or generally acceptable. Two main differences between these techniques are evident. First, the equivalent protection technique entails a presumption (the presumption of equivalent human rights protection), which expresses a particular respect for the international legal order. Second, in assessing the question of equivalent protection, this technique is more flexible and apt to take different legal interests into account. In contrast, the counter-limits doctrine is hierarchical and ultimately rests on domestic law and dualist premises.

Furthermore, it must be emphasised that there are big differences between a judicial dialogue involving a domestic court and the International Court of Justice, and a dialogue within a highly integrated legal order, like the European Union or the European Convention on Human Rights. Returning to the barking dog metaphor, it is much easier to bark, (nearly) bite, and to correct, undo or heal a wrong bark or bite (so to speak) if there are many avenues of judicial dialogue, such as the referral procedure under Article 267 of the Treaty of the Functioning of the EU, or the individual application procedure under the Convention system.

Moreover, the Kadi situation (the case in which the European Court of Justice upheld European human rights in the face of U.N. Sanctions) is not comparable to the Italian Sentenza situation. All participants speaking on that matter stressed that opposing sanctions by the Security Council – a political organ of fifteen states – is something wholly different from questioning the authority of the International Court of Justice, the principal judicial body of the U.N. and the international legal order.

As a consequence, comparing different techniques supports a critical assessment of Sentenza 238. This critique may be advanced if one looks at the material reasoning regarding the scope of the right of access to justice. Here, some participants preferred the approach taken by the European Court of Human Rights which confirms that immunity affects the rights to judicial access, but also accepts that immunity might limit this right. Other participants suggested however, that the rule of state immunity is not open to such a balancing exercise.

As a result, the European approach would not mean that ‘we do it our way’, to paraphrase Frank Sinatra or even Donald Trump.  Rather, it would reflect the diversity of European solutions to reach a better mode of conflict resolution in the future. 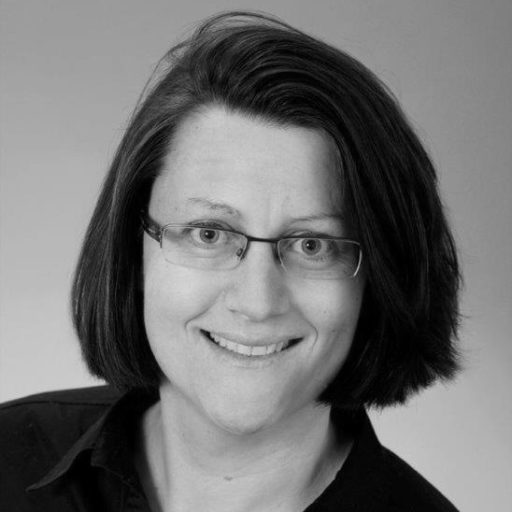