Suggesting Solutions: What about Concessions to be Made by Both Sides?

In the following I will briefly give you an overview over the issues discussed in Panel II which was dedicated to “Concerns” from the Italian perspective, presented from a German and an Italian point of view with regard to decision 238 of the Italian Constitutional Court. This topic raised very concrete and difficult aspects because as a consequence of decision 238 Italian tribunals have now to decide on the merits of reparation claims which until then were peacefully sleeping under the veil of jurisdictional immunity.

I will come to this in a moment after having made two preliminary remarks.

Firstly: Nobody will really be surprised that the assessment if decision 238 viewed from the Italian and the German perspective does not differ essentially. This is due to the fact that we had two very renown international lawyers, namely Prof. Heike Krieger and Prof. Paolo Palchetti, who assessed the international law perspective free from any political bias and thus demonstrated that the law in force governing the questions at stake is clear, but that discussions concerning new developments of the law on immunity do have merit, although they are still situated in the context of lex ferenda and that therefore flexibility in looking for a solution is welcome.

The second remark has particular relevance with regard to the fact that the Italian judiciary was highly interested in pushing forward acceptance for the idea that the customary law on state immunity has changed or is on the point of doing so. The formation of customary international law requires constant general state practice and opinion juris, meaning that the great majority of states acts as they do because they regard this as a legal obligation. In this context the fact is highly relevant – as both speakers underlined – that there is no “Italian” reaction to decision 238, expressing a uniform position of the Italian State, but that the reaction of state organs, in particular the judiciary and the executive, differ. This difference existed already when the dispute was brought before the ICJ (International Court of Justice) and concerned the determination of the customary international law on state immunity and the general position of human rights in international law. The reaction of the Italian executive and legislator to the ICJ judgment then seemed to put an end to the differences, what was, however, contradicted by the judiciary, by the Constitutional Court, in its decision 238. That decision blocked the implementation of the ICJ judgment and undermined a uniform Italian practice thus being rather contra-productive when it comes to the emergence of new customary law. I need not repeat the details, they are well known and are the reason for this interesting meeting in this wonderful place.

It is however interesting to note that even after the decision of the Constitutional Court Italy did not speak with “one voice”: The executive, the Consiglio dei Ministri, did in fact continue to support the invocation of immunity by Germany in cases concerning reparation requests and thus acted in conformity with the ICJ judgment; the tribunals, on the other side, could no longer dismiss such cases, but nevertheless showed some reluctance to cope with the judgment of the Constitutional Court. The first of these cases contain rather detailed justifications for the disregard of immunity of Germany and also the merits of the cases led to quite different outcomes.

I may perhaps add already at this place that the general feeling in Panel II was that the rule on jurisdictional immunity should be retained, in particular for reasons of “reciprocity”. This aspect was brought to the point when it was asked whether Italy in case of claims for grave violations of humanitarian law (during World War II or later) brought against it before courts of other states would in fact refrain from invoking immunity.  This the more as not all states are constitutional states subject to the rule of law and human rights guaranteeing a fair trial. Thus, immunity seems indispensable at least at the time being. This conclusion was considered  to be justified moreover by the fact that decision 238 has gained effect meanwhile also in cases not concerning Germany, but resulting from grave violations of humanitarian law committed in recent armed conflicts which were brought before Italian courts. Thus, a state that does not recognize jurisdictional immunity may become an attractive forum in such litigations.

That  leads me to some more general consequences of decision 238 discussed in Panel II. The first one concerns the question of the follow-up of decisions that award reparation to claimants. As it seems rather doubtful that Germany will voluntarily pay, the issue of execution arises. In international law states are not only immune from jurisdiction before courts of another state, but also the forced execution of judgments into property of a state – that is not used for commercial aims –  is excluded due to immunity. Although things would be much easier if jurisdictional immunity and immunity from execution would follow the same pattern, the opinion prevailed that there are good reasons to maintain immunity from execution even where jurisdictional immunity may be limited. Clear doubts were expressed as to whether the question of immunity from execution should also be referred to the Constitutional Court, because such decision would in any case have serious consequences: would the Court decide as it did with regard to jurisdictional immunity and deny immunity from execution for reasons of incompatibility with the Italian constitution, the relations between Italy and Germany would severely be affected and even a new dispute before the ICJ could become possible. But if the Constitutional Court would uphold the rule on immunity of execution the victims would feel betrayed because decision 238 would lose any efficiency with regard to their claims: they will have their cases decided, but such judgments will remain “dead letter” because they cannot be executed.

This situation then raised a further point in the discussion which centered particularly on the consequences if Italy would enact forceful execution in violating international law. The point at stake was the international responsibility of Italy. International responsibility is incurred if a state violates its obligations vis-à-vis another state. Whether such responsibility was already enacted by the judgment of the Constitutional Court was not met by unanimity. It was, however, uncontested, that the judgment was in violation of international law, because even the Constitutional Court had recognized that the rule on jurisdictional immunity reflects the existing status of law as confirmed by the ICJ. But there was agreement that international responsibility would in any case be enacted as soon as any act of forceful execution would be taken with regard to German property. In this case Germany could ask for reparation which Italy would have to pay in restituting to Germany exactly the amount of money awarded to the victims. This would lead to the strange situation that it is, in the last resort, Italy that pays reparation to the victims, a result that was certainly not aimed at by the Constitutional Court. I have, however, to add that the alternative of execution measures into German property was considered by Panel II rather as a theoretical alternative – what it hopefully will remain.

This leads me finally to some more general and broader consequences of decision 238 which were mentioned in Panel II but not discussed at length although they are of particular significance. In the first place there is the bulk of substantial questions that now will play a role before the Italian tribunals and which have not been tackled until now due to the existence of jurisdictional immunity. I will only mention the issues and not go into further details. Questions such as who is a “victim”, is the family of a victim empowered to claim reparation, until what generation: children, grand-children or even more? What about the time frame: are there any time-limits to bring claims for acts committed more than 70 years ago? How should reparation look like: is symbolic reparation or satisfaction enough which possibly might be seen already by reaching a judgment even if it cannot be executed? What about problems like prescription, forfeiture, intertemporal law etc. All these are questions which are not solved on the international level and whether Italian tribunals would like it or not: their decisions on these questions will have relevance beyond the relation to Germany: as there will be hundreds of decisions and as in other contexts similar questions have to be decided, the jurisprudence in Italy will serve as precedent what may raise the question whether the solution of such far-reaching problems should rest with the judiciary of a state. This question is even more justified as Italian tribunals will also have to take position with regard to fundamental questions of reparation after armed conflicts that urgently need a solution – and which have arisen meanwhile also before international courts, i.e. the ECtHR in Strasbourg. Such issues concern for example the fundamental question whether claims arising  from armed conflict should at all be settled on an individual basis, a topic that has severe implications for acts taken to terminate an armed conflict and restoring peace and friendly relations: will parties to a conflict be ready to conclude peace-treaties and to agree on lump-sum reparation if individual compensation requests are imminent? What about the huge number of possible individual claims from both sides, the time-frame for admitting such claims and the time necessary to decide such proceedings? All these and other  items are relevant in the dispute between Germany and Italy, but are not limited to the dispute between these two states and therefore are certainly not of a character to be regulated by the national (or even international) judiciary.

This state of affairs and particularly the dead-lock reached between Germany and Italy led during the discussion of the last two days not only Panel II to support the way out of the impasse offered by the ICJ in its meanwhile famous obiter dictum in paragraph 104 of the decision. In this paragraph, the ICJ urged the parties, Germany and Italy, to enter into renegotiations for solving the questions at stake – even though there is no legal obligation to do so. Renegotiation became sort of a leitmotiv in the discussions looking for alternative solutions of the dispute which must in the nearly unanimous appreciation be settled in the near future. Such negotiations should, however, according to a general view, not be limited to the state level, but include also the victims.

There is no doubt that good reasons, namely legal reasons, can be induced by Germany which justify insisting on its position what means leaving things as they are. On the other side it may be considered helpful to overcome the shadow of the past which heavily lies on the otherwise friendly relations of both states which are in permanent contact working together in numerous contexts. That means that the time may have come to abandon legal reasons, legal reasoning for the sake of reasonableness. That means that a good-will approach might be made to set a final point to the inheritance of the past, a good-will initiative that will, however, be only successful if both States are ready to make relevant concessions as compared to their original position.

DOWNLOAD PDF
LICENSED UNDER CC BY NC ND
SUGGESTED CITATION  Oellers-Frahm, Karin: Suggesting Solutions: What about Concessions to be Made by Both Sides?, VerfBlog, 2017/5/15, https://verfassungsblog.de/suggesting-solutions-what-about-concessions-to-be-made-by-both-sides/, DOI: 10.17176/20170516-153548. 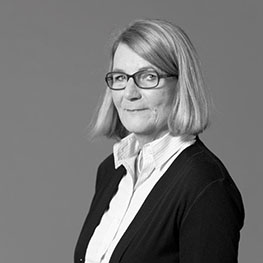 Karin Oellers-Frahm Dr. Karin Oellers-Frahm is a Senior Research Fel­low (emeritus) at the Max Planck Institute for Com­parative Public Law and International Law, Hei­delberg.
Other posts about this region:
Deutschland, Italien No Comments Join the discussion
Go to Top