Tailoring the Jurisdiction of the ECHR

On 16 February, the Grand Chamber of the European Court of Human Rights (ECtHR) ruled in the case Hanan v. Germany concerning a 2009 NATO-Kunduz airstrike resulting in deaths of civilians in Afghanistan in favor of Germany.

The primary allegation before the Court was that Germany violated its procedural obligation under Article 2 by failing to conduct a prompt, effective and impartial investigation into a lethal use of force. Although the Court unconvincingly decided that there was no violation of the procedural duty to investigate, the majority opinion held that there was a clear jurisdictional link obliging Germany to conduct the investigation of airstrikes in Afghanistan which potentially extends the protective scope of European human rights framework to armed conflicts outside Europe.

On 4 September 2009, airstrikes ordered by German Colonel K. killed a 12-year-old and an 8-year-old boy, sons of the applicant Abdul Hanan, in the Kunduz province of Afghanistan. The airstrikes were intended to target two immobilized fuel trucks hijacked earlier by Taliban at a river sandbank. But the strike was ordered at a time when the immobilized trucks were surrounded by several people, both insurgents and civilians, including Hanan’s sons. The estimated number of civilian deaths in the incident ranges from 14 to 113 according to different sources.

German troops were carrying out this operation as part of a United Nations Security Council mandated International Security Assistance Force (ISAF) setup to support the Afghan Interim Authority in maintaining security in parts of Afghanistan in 2001. At the time of the incident, German forces had taken over the Provincial Reconstruction Team (PRT) in Kunduz and Colonel K. was the officer-in-command of the PRT Kunduz.

11 years later, the ECtHR decided on Hanan’s claims against Germany – not on the legality of the airstrike per se – but that the country failed to comply with its procedural obligation to effectively investigate the lethal use of force under Article 2 (right to life) and Article 13 (right to an effective remedy) of the European Convention of Human Rights (the Convention).

The 17 judges of the Grand Chamber (GC) handed down a unanimous decision declaring that Germany did not violate the procedural limb of its obligations under Article 2. However, the Chamber was divided (14:3) on the question of whether the extra-territorial operations fell in Germany’s jurisdiction in the first place, with the majority answering the question affirmatively.

On the extra-territorial application of the Convention

It is well-settled that the primarily territorial notion of states exercising jurisdiction in Article 1 of the Convention can be stretched to extra-territorial situations where states are exercising effective overall control over another territory (spatial control) and over the citizen of another nation (personal control) (Al-Skeini v. the United Kingdom; Jaloud v. The Netherlands).

There is an additional legal basis which can create a ‘jurisdictional link’ between a contracting state and victims outside the legal space of the Convention, particularly when it comes to the procedural duty to investigate: the institution of investigation. In other words, if a contracting state initiates a proceeding on its own concerning an extra-territorial operation, that initiation is sufficient to establish a jurisdictional link between the victims and the contracting state for the purposes of Article 1. (Güzelyurtlu v. Cyprus and Turkey, para. 188 – 190)

In holding that Germany was obliged to investigate the airstrike in Kunduz, the GC relied on this ‘jurisdictional link’ test – albeit cautiously – as it did not stop its analysis on the mere existence of an investigation. The majority opinion echoed the concerns expressed by Germany and intervening Governments (the UK, France, Norway, Denmark, and Sweden) that a jurisdictional link merely on the basis of the institution of an investigation may have a chilling effect on instituting investigations at the domestic level, potentially discouraging the states from initiating such investigations and resulting in an inconsistent application of the Convention (para 135).

Therefore, in order to avoid “excessively broadening the scope of application of the Convention”, the majority resorted to the ‘special features’ test laid out in Güzelyurtlu v. Cyprus and Turkey (para 190). The GC had held that even in cases where a state does not initiate an investigation, the Court will have to determine if there are ‘special features’ establishing the jurisdiction despite the absence of an investigation. The content of these special features will have to be determined on a case-by-case basis.

In this case, the GC held that Hanan’s case had three ‘special features’ which would establish a jurisdictional link between Hanan and Germany even if there was no investigation carried out by Germany: (a) the fact that Germany was obliged under customary international humanitarian law (IHL) to investigate the airstrike; (b) the fact that the Afghan authorities were, prevented from themselves instituting a criminal investigation (the ISAF Status of Forces Agreement meant Germany retains exclusive criminal jurisdiction over German troops); and (c) the fact that the German prosecution authorities were obliged also under domestic law to institute a criminal investigation (by virtue of its’ ratification of the Rome Statute) (para 137-139). (The dissenting opinion finds these special features as a disagreeable tailoring of the ‘jurisdiction’, para 18 Separate Opinion)

A closer look at the three special features suggests that the first and third features are not particularly special to this particular case or to Germany. The customary law obligation to investigate war crimes and obligations flowing from the Rome Statute could be applicable to other Contracting States as well.

However, the GC held that the three special features ‘in their combination’ trigger the existence of a jurisdictional link between Germany and victims in Afghanistan (para 142). The first and third somewhat generally applicable special features could, in effect, expand the protection of the Convention to (non-international) armed conflicts outside of Europe. But whether these features would suffice on their own account, without the circumstances particular to the situation in Afghanistan, will have to be seen. It appears that the court wanted to open the door for such claims while retaining a strict control on who actually gets in – in the form of discretionary tailoring of the special nature of the features on a case-by-case basis.

After initiating a preliminary investigation in the days after the airstrike, the German Federal Public Prosecutor General opened a criminal investigation in March 2010, examining the actions of Colonel K. and a Staff Sergeant who assisted on the night of the airstrike. The criminal investigation was discontinued in April 2010, citing a lack of sufficient indications to establish reasonable grounds for suspicion that the accused had incurred criminal liability as he was unaware of civilian presence near the target at the time of incident. Hanan went on to appeal before the Düsseldorf Higher Regional Court and the German Federal Constitutional Court to seek a reopening of investigation but the appeals were summarily dismissed. Finally, after having exhausted all domestic remedies, represented by the Berlin-based European Center for Constitutional and Human Rights, Hanan had approached the ECtHR in January 2016 alleging violation of procedural duty to investigate under Article 2.

The GC reaffirmed its earlier jurisprudence that the Article 2 procedural obligation continues to apply in the context of armed conflicts as well (Jaloud v. The Netherlands, para 186 and Salman v. Turkey, para 104). Moreover, the GC noted that there are no substantive differences in the requirements of effective investigation between the rules of IHL and those under the Convention.

Therefore, it measured the effectiveness of the investigation on the parameters: that the investigation must be capable of leading to a determination whether use of force was justified; where reasonable steps were taken to secure the evidence available on-site and surrounding circumstances concerning the incident; the investigatory authority was independent from those implicated; the investigation was reasonably expeditious and prompt; and whether there was involvement of victim’s next-of-kin and sufficient element of public scrutiny in the investigatory process. (Al-Skeini v. the United Kingdom).

On this broadly applicable procedural duty, the GC held unanimously that there was no violation under Article 2 – despite several blatant irregularities in the procedure. The decision explicitly notes, for instance, Colonel K. himself being involved in parts of the investigation (para 225); a delay of six months before opening a criminal investigation (para 229); closing of the investigation without having heard the applicant and by denying his lawyers access to the file (para 230). However, the GC quickly dismissed these anomalies as ‘regrettable’ or that they may ‘appear problematic’ but not enough to challenge the effective nature of the investigation. The effectiveness of the right to appeal before the Court of Appeals could have also been questioned by the GC given the applicant’s motion to compel public charges before the Higher Court was dismissed purely on formal defects and that there was not sufficient time to correct those defects (para 53 and 55). Given the fact that the Court does not adequately take into account the procedural challenges specific to the case and the resulting lack of comprehensive investigation, the reasoning by the GC on the effectiveness of the German investigation seems unconvincing.

No one has ever been held accountable for the killings of Hanan’s sons and other Afghan villagers. This is because the summary conclusion of investigations by the German Prosecutor cites that Colonel K. lacked the intent to cause excessive civilian casualties and the strike was lawful under IHL. The substantive violation and consequent criminal liability continue to remain unaddressed as the ECtHR did not have to decide on the legality of the airstrikes as the Court only had examine whether Germany fulfilled its procedural duty to investigate. The Court’s decision in not finding a violation of Germany’s procedural duty to investigate despite the lack of transparency and several other irregularities preventing a comprehensive investigation puts a disappointing end to Hanan’s decade long quest for justice for the death of his sons.

On a positive note, the jurisdictional link recognized in the judgment might serve as a milestone in the ECtHR’s jurisprudence, extending the standards of protection under the Convention to situations where contracting states are carrying out operations in armed conflicts outside of Europe. 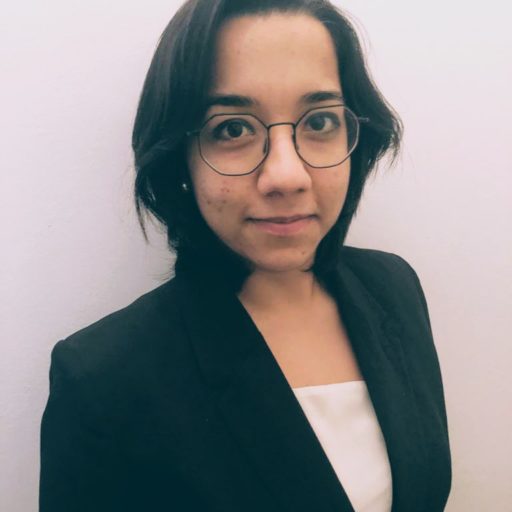 Other posts about this region:
Deutschland 2 comments Join the discussion
Go to Top