The end of the Presidential absolute majority and what it means

Undoubtedly, 19 June 2022 will make a mark in the history of the Fifth Republic. Not only did it mark the end of the “absolute majority” of the re-elected President’s party in the Chamber of Deputies, but it also brought about an upheaval in the political and institutional habits in force since 1958.

Originally, the Constitution of the Fifth Republic aimed at institutional and governmental stability. Twenty-four times revised, this text was conceived, then modified, to ensure the durability of a regime that was “legally parliamentary and politically presidential”. However, it is important to distinguish between the legal wish and the reality of political practice. During the mandates of the beginning of the 21st century, we have witnessed a strong “presidentialization” of the regime, or even a “hyper-presidentialization” of which President Macron has been seen as the epitome. Therefore, by not giving the President’s party an absolute majority in the National Assembly, voters may have wanted to “rebalance” the executive and legislative powers.

One might be inclined to think that this new configuration will be favorable to dialogue and cooperation between the institutions of the Fifth Republic. One might even assume that the National Assembly, now composed of multiple political forces, will once again be a place for debate. June 2022 will certainly have sounded the death knell of French “presidentialism”, but the concomitant advent of such a divided Assembly will perhaps not favor the emergence of a renewed parliamentarism. The desire for a rationalized parliamentarism that would prevent governmental instability seems, for its part, already far away. Deadlock looks inevitable and the problem facing the executive is to manage to govern despite the institutional crisis that is looming.

The legislative elections of 19 June 2022: an institutional upheaval in France

On the evening of 19 June, the result of the legislative elections was astonishing. On the left, the coalition Nouvelle Union Populaire Écologique et Sociale (NUPES) – which brings together left-wing parties including La France Insoumise (LFI), the Communist Party (PCF), the Pôle écologiste and the Socialist Party (PS) – won 22.70% of the seats, equivalent to 131 seats out of the 577 that make up the National Assembly. The Ensemble! coalition, which supports the presidential party La République en Marche (LRM), obtained 42.28% of the seats, which corresponds to 244 seats and does not allow it to reach an absolute majority. On the right, Les Républicains obtained 10.57% (corresponding to 61 seats), which is a surprising result given that it is a “classic” party in the political landscape. Finally, the Rassemblement National (RN) obtained 15.42% (89 seats).

The situation in which the National Assembly has found itself since this election is unprecedented. Let us be clear: it is normal and even desirable for an assembly to be composed of movements with different orientations. However, the new French National Assembly has two particularities. Firstly, the number of entities that comprise it (ten, of which three can table a “motion de censure”1)). Secondly, the diversity of orientations to which the main movements belong. Not considering the coalitions of circumstance, 28.41% of the seats are occupied by the “extreme” sides of the political spectrum2) (12.99% for LFI added to 15.42% for the RN). Caught between these two formations, the President’s party, LRM, holds only 26.86% of the seats in this Assembly. An untenable situation for the presidential majority and which it ironically facilitated by its refusal, since 2017, to distinguish the left from the right. Emmanuel Macron has been criticized for being unable to “make up his mind”. In these circumstances, the voters‘ discontent could only be expressed by giving votes to the most extreme poles of the political spectrum. Welcoming such a partition because it might open up the political debate seems to be nothing more than wishful thinking, since it would mean that the Emmanuel Macron’s party would have to cross the Rubicon that it imposed on itself. The other movements in the Hemicycle will also refuse to cross this line, as the enmities between them are so strong.

Indeed, the upheaval of 19 June has reinforced oppositions and antagonisms that have been deprived of a real acknowledgement or recognition by an overwhelming presidential majority. Far from wanting to get along for the benefit of the legislative debate, all the political movements now seem to want to behave like “revanchists”, forcefully asserting their respective positions and withdrawing into themselves. And so, the multiple oppositions seem to refuse the debate that the new configuration of the Assembly would make possible.

The weeks that followed the political reconfiguration of the National Assembly confirmed the delicate position of the executive. After having shown its willingness to negotiate with the other political forces in the Hemicycle, the successive refusals suffered by the majority have confirmed its isolation. Thus, while there was talk of a probable “coalition government”, the ministerial reshuffle of 4 July only managed to bring together members of Ensemble!. Under these circumstances, the executive has few options.

A first scenario would be for the presidential majority to forge lasting alliances with other movements in the Hemicycle. An option which, in the light of what has been said above, seems unlikely. Moreover, this would not consider the disarray that such an alliance would cause among the majority’s voters. How could they handle seeing the Ensemble! coalition associating itself – even as a political tactic – with parties whose radicalism alone justified the re-election of Emmanuel Macron? Moreover, none of the opposition parties, which all present themselves as being the antithesis of LRM, are currently considering joining Ensemble!

A second solution would be for the presidential majority to submit to negotiation on a case-by-case basis, text by text. This is the position adopted by the Prime Minister during the General Policy Statement presented to the National Assembly on 6 July. This option is disappointing for the LRM movement, which originally intended to embody a break with the past, to initiate numerous reforms and to promote continuous progress. What credibility will be given to a “République en Marche” if it must limit itself to moving forward in small strides?

Is the Constitution the last legal instrument at the service of the executive?

First, the massive use of ordinances, which was criticized by the executive during Emmanuel Macron’s first mandate, should no longer be a matter of debate. Indeed, if Article 38 of the Constitution allows the government, “for the execution of its program”, to exceptionally produce norms equivalent to laws, this prerogative requires the endorsement of the Parliament. Given the new configuration of the National Assembly, this constitutional option would be much more difficult to implement.

Secondly, the executive could rely on Article 11 of the Constitution, which allows the President to submit a certain number of bills to a referendum. This is a useful constitutional tool that allows an ailing executive to escape the blockages inflicted by its opponents in the Hemicycle. Often observed as a “plebiscitary vote” for the policy of the head of state, is it reasonable for a weakened President to give voters the power to express their lack of confidence directly? We do not believe that the current President is unwise enough to legislate in this way.

There is also Article 49 of the Constitution. Its third paragraph allows the Prime Minister to engage the responsibility of the Government on a bill which can lead to its adoption without discussion, if no “motion de censure” is levelled within 24 hours. In other words, it is a way for the executive to impose the adoption of a bill in the Assembly. In 1988, when President François Mitterrand did not obtain an absolute majority in the National Assembly, his Prime Minister, Michel Rocard, used this article twenty-eight times. Here again, the status quo in 2022 does not offer the executive the same room for maneuver. Firstly, because the constitutional revision of 2008 only allows the use of this paragraph once per session for bills other than finance bills and social security financing bills. Secondly, because the National Assembly was less fragmented and allowed the majority to rely on alliances that were easier to build.

Finally, the executive could choose to dissolve the National Assembly. It is important to note that, in accordance with Article 12 of the Constitution, the option of dissolution is immediately available to the President at the beginning of his mandate. On the other hand, and by virtue of the fourth paragraph of this article, the time limit for dissolving the National Assembly again after a first dissolution is one year. However, this is a decision that the President of the Republic would not risk taking now: to immediately solicit the electorate could be seen as an affront to their first choice and could be counterproductive for the majority. It should be noted that this option has on several occasions been positive to the presidential movement. If in 1997 the maneuver had caused the then President to lose his majority, the dissolutions of 1962, 1968, 1981 and 1988 all allowed the consolidation of the presidential majority. On this basis, the executive should take advantage of the coming months to show, on the one hand, its willingness to negotiate on crucial issues. On the other hand, the executive should be ostensibly sorry for the blockages imposed on him by oppositions more concerned with defeating him, than with satisfying the general interest. Perhaps, President Macron has already laid the first stone of this strategy. At least that is what his speech of 23 June suggested, during which he seriously called on his opponents – and made the citizens witnesses of his good will – to “clarify the share of responsibility and cooperation [they] are ready to take”.

It also remains to be seen what choice will be made by the MPs who, it should be remembered, and by virtue of Article 27 of the Constitution, are free to make their own decisions throughout their mandate.

What conclusion can be drawn from all this as the Fifth Republic enters terra incognita? Have we reached the limits of the system on which the French regime is based? Or are we, on the contrary, witnessing its perfection? Whatever the case, the government remains on the defensive for the moment. On 4 July, the government spokesperson announced that “the Prime Minister will not seek the confidence of parliamentarians”, as is customary during the General Policy Statement presented to parliamentarians.

It was in this defensive frame of mind that Elisabeth Borne appeared before the Assembly on Wednesday 6 July, despite the “motion de censure” tabled that morning by the NUPES (which was rejected after failing to secure an absolute majority of MPs in a vote held on 11 July). Remarkably, the parties on the right of the Hemicycle did not support NUPES in this endeavor. Is this the beginning of a breakthrough or just tactical posturing? The political and legal news of the coming months will tell us.

DOWNLOAD PDF
LICENSED UNDER CC BY SA
SUGGESTED CITATION  Séébold, Nicolas: Terra Incognita for the Fifth French Republic: The end of the Presidential absolute majority and what it means, VerfBlog, 2022/7/14, https://verfassungsblog.de/terra-incognita/, DOI: 10.17176/20220714-113540-0. 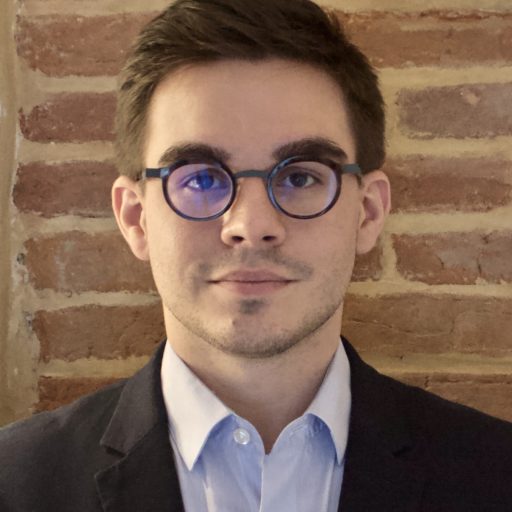 Other posts about this region:
Frankreich 5 comments Join the discussion
Go to Top