The Article 50 Litigation and the Court of Justice: Why the Supreme Court must NOT refer

In its contentious (see here and here) Brexit decision “R (Miller) v Secretary of State for Exiting the EU” of 3 November 2016, the High Court of England and Wales had to decide on the question whether, as a matter of UK constitutional law, the Crown – acting through the executive government of the day – is entitled to use its prerogative powers to give notice under Art. 50 of the Treaty of the European Union (TEU) for the UK to cease to be a EU-member, i.e. without reference to Parliament. Assuming that (1) this ruling is appealed to the UK Supreme Court (UKSC) and (2) the UKSC considers that a decision on the above question – which is not to be confused with the separate one of whether a withdrawal can be revoked once Art. 50 TEU has been triggered (also see here) – is necessary to enable it to give judgment: is the UKSC, against whose decision there is no judicial remedy under national law, obligated to refer this matter to the Court of Justice of the European Union (CJEU) pursuant to Art. 267(III) of the Treaty on the Functioning of the European Union (TFEU), provided the “acte clair”-doctrine does not apply?

Since the CJEU’s jurisdiction to give such preliminary ruling is restricted in scope by Art. 267(I) TFEU, the answer to this question depends on whether or not the UK’s “own constitutional requirements” for withdrawing from the Union (Art. 50(I) TEU) are a matter of “the interpretation of the Treaties” (Art. 267(I)(a) TFEU; also cf. Art. 19(I) TEU). Art. 267(I)(b) TFEU is not relevant in the present case.

In the author’s opinion, a Member State’s “own constitutional requirements” in terms of Art. 50(I) TEU are not a matter of “the interpretation of the Treaties” in terms of Art. 267(I)(a) TFEU. Consequently, the UKSC is not only not obligated to refer the question previously dealt with by the High Court in its decision of 3 November 2016 to the CJEU, but such reference would not even be admissible, as its subject is not one relating to EU law. (As a side note, the High Court could not have made reference to the CJEU under Art. 267(II) TFEU in this matter either).

How can that be? After all, Art. 50(I) TEU stipulates expressis verbis that “[a]ny Member State may decide to withdraw from the Union in accordance with its own constitutional requirements”. Are the latter not being incorporated into EU law by virtue of their sheer mentioning in the TEU as one of the two “Treaties” (Art. 1(II) TFEU) in terms of Art. 267(I)(a) TFEU?

No! Starting with the wording of Art. 50(I) TEU, the text of this provision appears to be clear prima facie only. Upon closer look, however, it can be read in two different ways. Admittedly, one is that by making reference to the Member State’s constitutional requirements, Art. 50(I) TEU does indeed transform the respective exit rules from their original rank in the hierarchy of norms as mere national – albeit constitutional – law into primary EU law. The other is, however, that Art. 50(I) TEU is declaratory in character only by simply stating that the (substantive) requirements for a EU exit (as opposed to the procedural ones of Art. 50(II)-(IV) TEU) are laid down exclusively in the constitutional law of the Member States and not in EU law.

What is it then that renders the one interpretation of Art. 50(I) TEU “preferable” to the other? Well, if the wording of a provision is ambiguous, the remaining canons of interpretation have the final say. And what exactly do they say?

In the comments on the draft of Art. I-59 of the (failed) European Convention, one reads that “[t]he Praesidium considers that the Constitution must contain a provision on voluntary withdrawal from the Union. Although many consider that it is possible to withdraw even in the absence of a specific provision to that effect, the Praesidium feels that inserting a specific provision in the Constitution on voluntary withdrawal from the Union clarifies [sic!] the situation.” The situation sought to be made clear by Art. 50(I) TEU, which is a verbatim repetition of paragraph 1 of the aforementioned Art. I-59, is what bar such an explicit exit clause in the TEU public international law would provide for anyway, i.e. any Member State`s unilateral right to withdraw from the EU (cf. Art. 5, Art. 56 and Art. 60-62 of the Vienna Convention on the Law of Treaties).

Therefore, when just like the decision to apply for EU-membership (Art. 49 TEU) also the reversion of this step, i.e. the decision to leave the EU, is an autonomous one by the individual Member State, reflecting its continuous sovereignty (cf. Art. 4(I) and Art. 5(II) TEU), its constitutional requirements cannot be part of EU law. The reason is that otherwise the conformity of any Member State’s EU exit with its own constitutional requirements would be open to review by the CJEU – and hence could no longer be qualified as an act of self-determination since a EU institution would have the final say on it.

From a German perspective, any further elaboration on this topic is moot anyway, given that in its Lisbon-judgement the Bundesverfassungsgericht expressly ruled that “[w]hether these [constitutional] requirements [in terms of Art. 50(I) TEU] have been complied with in the individual case can […] only be verified by the Member State itself, not by the European Union or the other Member States.” Nevertheless, it shall not be omitted to mention that if the opposite view were to be followed, it appears that in consequence the Member States` constitutions, to the extent they are covered by Art. 50(I) TEU, would – as part of EU-primary law then (!) – participate in the latter`s primacy not only over the remaining law of Member States but also over both EU’s international agreements and secondary law.

DOWNLOAD PDF
LICENSED UNDER CC BY NC ND
SUGGESTED CITATION  Wienbracke, Mike: The Article 50 Litigation and the Court of Justice: Why the Supreme Court must NOT refer, VerfBlog, 2016/11/08, https://verfassungsblog.de/the-article-50-litigation-and-the-court-of-justice-why-the-supreme-court-must-not-refer/, DOI: 10.17176/20161108-132832. 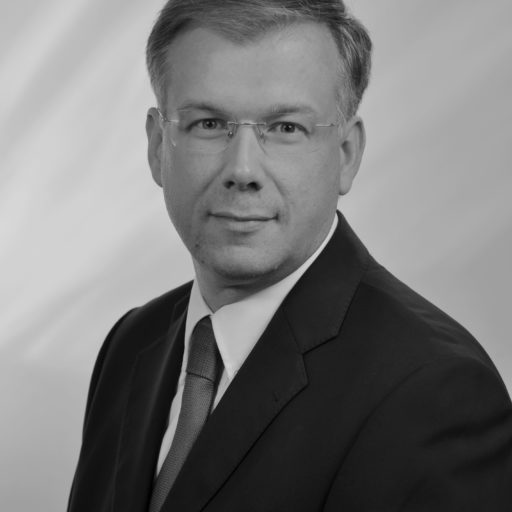 Mike Wienbracke Prof. Dr. Mike Wienbracke is a Professor of Public Law at the Westphalian University of Applied Science in Gelsenkirchen/Bocholt/Recklinghausen.

Other posts about this region:
Europa, Vereinigtes Königreich 1 comment Join the discussion