The Article 50 Litigation and the Court of Justice: Why the Supreme Court must refer

I’m glad if it was the Lord Chief Justice’s concern about the reversibility or otherwise of the Article 50 procedure which catalyzed the current debate on whether the UK’s Article 50 litigation needs a reference to the Court of Justice, as has been rumoured, but on the face of Thursday’s High Court judgment it seems that the parties at least were in agreement on the point after all: it is not (they say) reversible: R (Miller) v Secretary of State for Exiting the EU, para 10 (hereinafter “Miller”). However, I believe that there is a far simpler, and so far as I can see compulsory, route from the Supreme Court to Luxembourg in this matter, assuming that the Crown does indeed appeal Thursday’s ruling to that court, and that is that (a) the case turns on the interpretation of the phrase „in accordance with its own constitutional requirements“ from Article 50(1) of the Treaty on European Union („Any Member State may decide to withdraw from the Union in accordance with its own constitutional requirements“), and (b) interpretation of the Treaty, or indeed any EU Law, is the exclusive competence of the Court of Justice of the EU („CJEU“).

I agree entirely with the description of the workings of Article 267 of the Treaty on the Functioning of the European Union (which provides for references to the Court) in George Peretz QC’s piece, „Could the Article 50 litigation result in a reference to the European Court of Justice?“ of 17th October. (See also, referring to Mr Peretz’s piece, L Kuenssberg, „Could the European Court stop Brexit?“)

As Mr Peretz has stated, „[t]he power (or duty in the case of a national supreme court) to make a reference to the CJEU arises only when the answer to the question is necessary to decide the case“.

However, to my mind, it is the ascertaining of the exact meaning of the phrase „in accordance with its own constitutional requirements“ which is absolutely essential to the outcome of this case.  While I personally was very sympathetic to the Government’s view that the claimants have „conflate[ed]… the proposed notification process [in Article 50(2) TEU] with the decision which is to be notified“ (para 9 of the Detailed Grounds of Resistance on behalf of the Secretary of State), the fact remains that the question which the claimants were asking the High Court to answer was whether either a decision by Parliament, or a decision by Government ministers in exercise of Crown prerogative powers, is the constitutionally correct decision which would satisfy the UK’s constitutional requirements under Article 50(1) TEU (see for example, supporting the arguments of the Lead Claimant, the Skeleton argument on behalf of the second group of interested parties, para 2, and later at para 4: „This challenge is concerned with who makes the „decision““). The High Court said that “nothing really turns on this” (Miller, para 16), taking an “All roads lead to Rome” approach which indicates that this court at least was not prepared to rule Article 50(1) out of contention.

Therefore, as I have said, the interpretation of the phrase „in accordance with its own constitutional requirements“, a piece of Union law, is necessary to enable the Supreme Court to give judgment in the action.  Thus, the Supreme Court must make a reference.

This is hardly just something which it „might be nice to know“, as Mr Peretz puts it.

Admittedly, as I stated in my piece in the New Law Journal in August, the CJEU would probably just send the matter back to the national court (although very strange things are happening these days!), but second-guessing that that is what the CJEU would do is not a ground for not referring.  Nor could one plead „acte clair“ as the legislative provision in question seems to be one of the most contested, and least clear, of recent times!

Of course, were the Supreme Court to refuse to make a reference, it would not be the first time a court of last instance of a major Member State had refused to use the preliminary reference procedure in a constitutionally important case. The Bundesverfassungsgericht (German Federal Constitutional Court, “FCC”) in fact has quite a reputation for doing this. However, it usually finds a way out of the obligation, for example by saying that its role in the matter is only interlocutory (constitutional cases in Germany effectively being “referred” themselves from lower domestic courts). Other principal decisions of the FCC about European Law have come about via a constitutional complaint, which the FCC then argued was an extraordinary remedy, justifying its refusal to refer on this ground. The Supreme Court would need to come up with a comparable excuse or excuses. Furthermore, in FCC cases about the ratification of the Maastricht or Lisbon Treaties by Germany, no particular clause from those Treaties was in need of interpretation. Again, the Supreme Court may need to be creative to escape its obligation to refer in the litigation concerning Article 50 TFEU.

I suppose my main concern is that, if in the end neither the High Court, nor the Supreme Court, has made a reference to the CJEU, then the Supreme Court’s judgment could be criticized as having been reached in breach of EU Law, the Supreme Court judges having arrogated to themselves a power to interpret the Treaty which they simply do not have.  In a worst case scenario, the European Commission might even sue the UK, as it is entitled to do where a national court is responsible for a breach of EU Law, which would include where a court of last instance has wrongly failed to make a reference to the Court of Justice.  Might the losing party in this highly fractious case push for this?  Might an apparently angry Commission gleefully comply?

It is instructive that Article 50 started life in the so-called Constitutional Treaty, which it may be remembered was abandoned. The archive shows that some forty nine amendments were proposed in relation to this provision, around half of them suggesting its complete deletion on grounds that such a clause was contrary to the Treaty’s stated goal of ever closer union, or that it was unnecessary given the Vienna Convention on International Treaties, or both. Hidden away amongst these proposed amendments is one from the MEPs Olivier Duhamel and Elena Paciotti proposing the excision of the phrase “in accordance with its own constitutional requirements”, on the grounds that whether or not the government of the withdrawing State is respecting its own constitution “can’t be the Union’s problem” (I translate from the French). Although Professor Duhamel and Ms Paciotti’s proposal was never taken up, I respectfully agree with its sentiment. This should never have been made a Union problem. But it was, and, like it or not, that makes it the Court of Justice’s problem too. 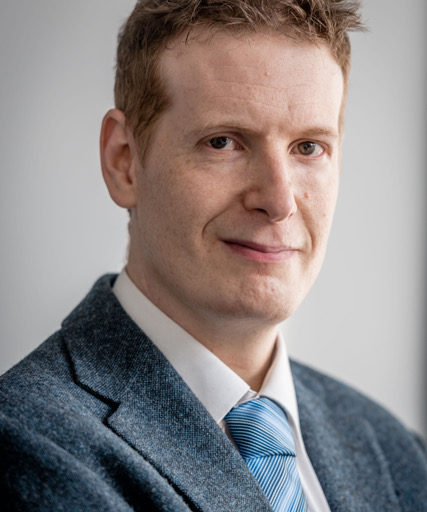 Other posts about this region:
Europa, Vereinigtes Königreich 11 comments Join the discussion