The Council of Europe’s Sharp Turn

Russia’s Expulsion and its Possible Implications for Other Member States

The Council of Europe (CoE) responded promptly to Russia’s act of aggression against Ukraine first by suspending Russia’s representation rights on 25 February 2022, and then by expelling it on 16 March 2022 in accordance with Article 8 of the Statute of the CoE. Article 8 of the Statute allows for the suspension and expulsion of a member state by the Committee of Ministers for seriously breaching Article 3 of the Statute. Article 3, in turn, requires member states to respect the rule of law and human rights and to collaborate in order to realize the goals of the organization.

With the decisions of 25 February 2022 and 16 March 2022, the Committee of Ministers used the Article 8 procedure for the first time in the history of the CoE. Given the severity of Russia’s acts, this first decision to suspend and expel a member state has set a very high threshold for the interpretation of “serious violations of Article 3,” as pointed out by Andrew Forde. Moreover, this first-ever materialization of the suspension and expulsion option came about in a very particular political and legal context: the CoE has been faced with an act of aggression breaching the sovereignty and territorial integrity of another member state, while also putting Europe’s security at grave risk. Yet, this also happened at a time when systemic breaches of human rights and the rule of law are rampant in several member states, and the CoE organs are criticized for their cautious, delayed, and weak responses to such breaches (see here and here). The first-ever invocation of Article 8, as well as the particularities surrounding it, might thus have crucial implications for the broader CoE context and could make the threat of suspension and expulsion more credible for other member states as well.

The CoE’s Sharp Turn in Dealing with Russia

Russia was admitted to the CoE in 1996, based on strategical considerations and amid serious human rights violations in Chechnya (see here and here). Since then, the CoE witnessed a second armed conflict in Chechnya from 1999 to 2006, an armed conflict between Russia and Georgia in 2008, the annexation of Crimea and the establishment of self-proclaimed “people’s republics” in Donetsk and Luhansk in 2014. Moreover, Russia introduced a constitutional mechanism to defy the European Court of Human Rights (ECtHR) judgments in 2015 amid a record-high number of breaches of the European Convention on Human Rights (ECHR). As noted by Kanstantsin Dzehtsiarou, such previous incidents fell short of urging the CoE to trigger the “ultimate sanction” of suspension and expulsion. Russia’s act of aggression against Ukraine on 24 February 2022 has fundamentally altered this cautious stance towards Russian external and internal policies.

The decision to suspend and expel Russia has produced a rare consensus in the history of the CoE’s relationship with Russia among the three CoE organs – namely, the office of the Secretary General, the Committee of Ministers, and the Parliamentary Assembly (PACE) (see here and here). It is worth noting that it was only three years ago that the CoE under the helm of then Secretary General Thorbjørn Jagland made an impressive effort to convince the PACE to withdraw its sanctions against Russia, with the aim to foreclose the possibility of Russia’s suspension or its withdrawal from the organization. This followed the crisis triggered by Russia’s reactions to the PACE’s sanctions. As response to Russia’s illegal annexation of Crimea, PACE had suspended some of the voting rights of the Russian delegation in 2014. In protest, Russia stopped submitting its credentials for ratification from 2016 onwards and suspended its membership contributions as of 2017. In 2018, Russian government officials began to announce Russia’s intention to leave the CoE unless the rights of the Russian delegation were restored “fully and unconditionally.” Following Jagland’s efforts to lift the PACE’s sanctions against Russia and the Committee of Minister’s decision to that effect, PACE eventually resolved to amend its Rules of Procedure to restore the suspended rights of the Russian delegation in June 2019.

In 2019, Jagland was warning against Russia’s possible exclusion from the CoE by noting the following: “The Council of Europe is the only place where Russia is connected to Europe in a binding judicial way. We will see a different Russia. We will have a new dividing line in Europe.” In hindsight, from the vantage point of March 2022, bending and stretching the normative framework of the CoE “to keep the family together” proved useless at best and counterproductive at worst.

This shift from the CoE’s prolonged inertia towards Russia’s severe breaches of the Statute to its swift suspension and expulsion represents a sharp and sudden turn on the part of the CoE, rather than a change in the patterns of Russia’s breaches of international law and human rights over the years. It is a sharp and sudden turn because, as seen in the above example from the 2019 reversal of the PACE’s sanctions against Russia, the CoE not only avoided using its “ultimate sanction” until 25 February 2022, but, more importantly, also remained reluctant to use some other means to respond to Russia’s policies that evidently did not square with its obligations arising from Article 3 of the Statute (for the other tools available to the CoE organs, see here and here). This also leaves us with the question how the situation could have played out differently, had the CoE organs reacted swiftly, robustly, and consistently to Russia’s severe breaches of human rights over the many years of its membership.

How might this sharp turn to Article 8 against Russia impact the relationship between the CoE and other member states whose compliance with Article 3 of the Statute is formally or informally under scrutiny, but has so far been addressed by the CoE with similar caution (see here and here)?

One possible implication of Russia’s expulsion for such member states is related to the very materialization of this option in the CoE setting for the first time, even though the background to Russia’s expulsion is highly particular. These states might now view suspension and expulsion as more credible threats and thus feel urged to change their policies contravening the foundational principles of the CoE as expressed in Article 3.

A member state who will necessarily derive certain inferences from the suspension of Russia is Turkey. This is because lately the possibility of Turkey’s suspension and expulsion has been pronounced more often in the context of an infringement procedure. On 2 February 2022, the Committee of Ministers resolved to bring infringement proceedings against Turkey following the Turkish government’s refusal to release Osman Kavala from detention, in defiance of the judgment of the ECtHR in Kavala v Turkey. Even though the infringement procedure under Article 46(4) of the ECHR does not necessarily lead to the suspension or expulsion of the state concerned, in theory, it raises this possibility if a state refuses to comply with the infringement decision. With the current materialization of this option, Turkey might be urged to release Osman Kavala and perhaps also to comply with other ECtHR judgments awaiting execution. Moreover, Turkey might use this juncture as an opportunity to amend its deteriorated relationships with the CoE and recommit itself to its foundational principles. For this, however, the CoE needs to clearly signal that from now on the CoE organs will react more swiftly and robustly to breaches of Article 3.

Yet, it is important to recall that Turkey, too, has a long track record of getting away with systemic violations of the ECHR and Article 3 of the Statute. Similar to the strategical considerations underpinning Russia’s admission to the CoE and its 26-year-long membership, Turkey’s admission to the CoE in 1950 was linked to the Cold War restructuring of Europe’s political landscape. Until today, it has retained strategical significance for Europe for various reasons, most recently for its role in curbing the refugee flow to Europe following the outbreak of the war in Syria. With the current war unfolding in Ukraine, Turkey will likely gain renewed significance for Europe, thanks to its crucial geopolitical position.

The role and weight of strategical considerations in the CoE’s policies towards its members make it hard to rule out a second possible implication of the CoE’s sharp and sudden turn concerning Russia. In the face of new geopolitical ordering in Europe triggered by Russia’s aggressive war, the CoE may now give the priority to keep the rest of “the family” together. This may, in turn, lead to avoid confrontations with other member states for their acts and policies incompatible with Article 3 of the Statute. Then, the particularities surrounding the decision against Russia might well be interpreted to exclude the suspension and expulsion options for anything else falling under the threshold set by Russia’s expulsion or not creating broader security threats for Europe, much like the status quo ante. More importantly, this may also mean the preservation of the same cautious attitude towards the use of other tools available to the CoE organs, which might help prevent the escalation of things to the point of suspension and expulsion, if used timely and in a coordinated manner by the CoE organs.

How, then, will the CoE’s sharp turn in handling Russia and the shifting political alliances in Europe influence its future attitudes towards breaches of Article 3 of the Statute? Will the CoE continue to bend and stretch its normative framework to keep the rest of “the family” together? Will the impact of Russia’s expulsion on other member states be contingent on new configurations that may arise from Europe’s reorganization around “the new dividing lines”? Or is this swift and straightforward response to Russia indicative of a broader policy shift vis à vis authoritarian entrenchment in Europe? Will the CoE remain resolute in responding swiftly and robustly when it comes to acts and policies that breach Article 3 of the Statute but without breaching the sovereignty and territorial integrity of another member state and without provoking broader security concerns in Europe?

We are yet to see how the CoE will respond to these questions with its subsequent actions. If we are to take some lessons from its history, however, then the CoE should not repeat its previous mistakes: first, it should not turn a blind eye to serious human rights violations based on strategic considerations; and second, it should refrain from an “us versus them” attitude, which turns the mere membership to the CoE into a means to whitewash the human rights violations of its members within, beyond, or on their borders. This requires the CoE not to benefit from divisions that might emerge in Europe, but instead to work against them, if it is to renew its role as protector of human rights and peace through its normative framework.

Explore posts related to this:
Council of Europe, Russian War against Ukraine 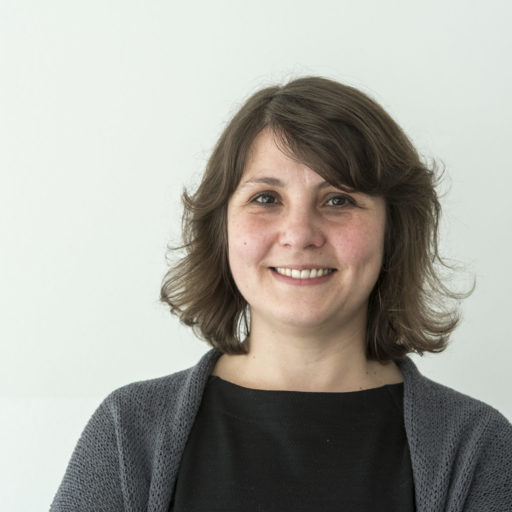 Explore posts related to this:
Council of Europe, Russian War against Ukraine