The CJEU’s judgment in Miasto Łowicz

On March 26, the CJEU released a surprising – if not to say disappointing – judgment on the Polish system of disciplinary measures against judges. Despite international criticism, the Polish government is increasing its efforts to silence the judiciary (see only the recent “muzzle law”). The attempts to subject judges to disciplinary procedures simply because they refer parts of these changes to the Court of Justice are particularly troubling. Indeed, after capturing the Constitutional Tribunal and besieging the Supreme Court, the Polish government seems determined to deprive its judiciary of a further remedy by cutting the essential connection between the Court of Justice and the Polish judiciary – the preliminary reference procedure. A request submitted by the Minister of Justice to the Polish Constitutional Tribunal to examine the constitutionality of Article 267 TFEU as far as the internal organisation of the judiciary is concerned is another example (see here and here).

In this situation, a plethora of preliminary references by brave Polish judges reached the Court of Justice. Among them were also references by judges from Warsaw and Lodz. The essential problématique of both cases: their main proceedings were not related to any EU law. While Case C-558/18 concerned a dispute over public expenditures, Case C-563/18 was a criminal proceeding under Polish criminal law. As both cases were of high interest to the Polish government, however, the referring judges expressed fears that they might be subjected to disciplinary proceedings – fears which turned out to be justified as such proceedings were indeed initiated against them.

The referring courts asked in essence, whether the current disciplinary regime violates the obligations to guarantee an independent judiciary under Article 19(1)(2) TEU, especially in case that these disciplinary measure are used to politically control the content of judicial decisions. The CJEU’s answer seemed to be two-edged: While the Court confirmed the ample material scope of Article 19(1)(2) TEU, it simultaneously restricted the procedural possibilities to remedy infringements via the preliminary reference procedure. In line with Advocate General Tanchev, the Polish government (paras. 31, 38, 39), and the Commission (para. 40), the CJEU declared both references inadmissible.

The background for these cases was the ground-breaking ASJP judgement. According to the Court’s interpretation, Article 19(1)(2) TEU creates obligations for every Member State court which is potentially in the situation of applying EU law irrespective of whether they are actually applying it in the case at hand – de facto this compromises every Member State court. This broad interpretation of Article 19 TEU’s scope can be justified by a recourse to the functioning of the preliminary reference procedure as well as to the value of the rule of law enshrined in Article 2 TEU (see here and here). In a number of cases, the CJEU had the opportunity to confirm this stance (see e.g. Commission v. Poland, Case C-619/18, paras. 42 ff. and Commission v. Poland, Case C-192/18, para. 98 ff.).

The Court’s judgment in Miasto Łowicz can be seen as a further consolidation of this jurisprudence. The CJEU states that “the second subparagraph of Article 19(1) TEU is intended inter alia to apply to any national body which can rule … on questions concerning the application or interpretation of EU law” (para. 34). The Court then confirms that this applies in principle also to the referring judges. As such, the Polish government is under a general obligation to refrain from applying a disciplinary regime that violates their judicial independence. The open question was, whether the Member States’ substantial obligation to guarantee the independence of any Member State judge irrespective of the subject in the case at hand corresponds to a procedural right of any Member State judge to refer infringements on his or her judicial independence to the CJEU, irrespective of the subject matter in the case at hand.

In a slight variation of the maxim “where there is a right there is a remedy”, this would have to be answered in the affirmative. However – and this is the surprising and disappointing twist of the CJEU’s judgment – not every judge in every procedure is in the position to remedy potential violations of judicial independence with a reference to Luxembourg.

According to Article 267 TFEU, a preliminary ruling must be “necessary” to enable the referring court “to give judgment” in the main proceedings. The CJEU has no jurisdiction to render mere advisory opinions. Generally, the CJEU leaves a large margin of appreciation to the referring court when determining this relevance. Yet, this deference has its limits. The Court explains that “there must … be a connecting factor between that dispute and the provisions of EU law whose interpretation is sought, by virtue of which that interpretation is objectively required for the decision to be taken by the referring court” (para. 48).

To recall, the cases in the main proceedings concerned issues of public expenditure and criminal law. As such, they were “not substantively connected” to Article 19(1)(2) TEU. This is also the crucial difference with regard to the ASJP case, in which the referring court had to rule on the legality of a remuneration of judges and its compatibility with Article 19(1)(2) TEU.

When is a preliminary reference on violations of Article 19(1)(2) TEU admissible before the CJEU?

This leads to the question, under what kind of procedures challenges to Article 19(1)(2) TEU can be brought to the CJEU. Prima facie, the present judgment will have no effects on the infringement proceeding currently pending before the CJEU (see para. 47). Preliminary references, however, will only be admissible under the condition that the disputes in the main proceedings are “substantively connected to … the second subparagraph of Article 19(1) TEU”. What kind of constellations might be covered?

First, proceedings, which have as their direct object the measures allegedly violating Article 19(1)(2) TEU, will be admissible (e.g., rulings on the legality of forced retirements of judges or – as in ASJP – cases on the remuneration of judges).

Second, there are references, in which the referring court has to assess national measures allegedly violating judicial independence in a more indirect manner, e.g., as a preliminary question. Such cases will probably be admissible, where the question of judicial independence forms a necessary step of the legal assessment in the main proceedings.

On one hand, this might concern the assessment of another court’s independence in order to establish, in case of a lack thereof, the referring court’s own jurisdiction over the procedure. An example is the recent A.K. case. The referring Polish Supreme Court sought an interpretation of Article 19(1)(2) TEU in order to determine if the newly established disciplinary chamber was sufficiently independent and, in case it was not, whether the referring labour chamber itself had to assume jurisdiction. Yet, one could also imagine other constellations, for example, where the referring court has to rule on the validity or legality of judgements rendered by other courts, which do not fulfil the requirements of judicial independence.

On the other hand, there might be references on whether the referring court’s independence is still guaranteed. Courts, whose composition has been compromised by an illegal termination of office of some of its members, might wonder if they still can adjudicate cases in an unaltered composition. Similarly, judges, who have been appointed in a questionable manner, might refer their case to the CJEU to assess whether they have been lawfully appointed and thus whether they have the capacity to adjudicate the case in the main proceedings.

This clarification might have a significant influence on other preliminary references currently pending before the Court. To name but one example: in the pending IS case, a Hungarian court asked the CJEU whether the considerable influence of court presidents, who are nominated in violation of the requirements of judicial independence, constitutes an infringement of Article 19(1)(2) TEU and the right to a fair trial (see here and here). How should this influence be qualified? Is it legally linked to the main proceeding (via the allocation of cases by the court president)? Or is it, just as the threat of disciplinary measures, an external factor?

Conclusion: A procedural restriction on the defence of the European Rule of Law

What can we take from this judgment? The court gives with one hand and takes away with the other: While it confirmed a broad interpretation of the substantial guarantees under Article 19(1)(2) TEU, it simultaneously restricts the procedural possibilities to remedy potential infringements. In this sense, the Court limits preliminary references under Article 19(1)(2) TEU to procedures, in which the challenges to Article 19(1)(2) TEU form part of the legal assessment – be it as the object of the main procedure or as a preliminary question (e.g. to establish jurisdiction). This excludes challenges external to the main procedure, such as the threat of disciplinary measures. While this constitutes an important clarification for the many references currently pending before the CJEU, this restriction seems to exclude especially those judges from the preliminary reference procedure, which are most affected. Further, a judge, who is subject to disciplinary measures, could challenge these measures before another court, which then could refer the matter to the CJEU. This imposes and unnecessary detour upon affected judges.

As such, the present judgment seems to continue the series of cautious decisions, like L.M. and A.K., where the CJEU left the task to ascertain whether the rule of law and judicial independence were actually violated to the referring courts. And indeed, as recently emphasised by Armin von Bogdandy, there are good reasons for caution when defending European values. Yet, the CJEU will eventually have to rule on the Polish disciplinary measures in the pending infringement proceedings brought by the Commission. It might be for this reason that the CJEU felt the need to briefly indicate (sort of a preview for the infringement proceedings?) its opinion on the Polish regime of disciplinary measures. In what can only be qualified as an obiter dictum, the CJEU states that the provisions of national law which expose national judges to disciplinary proceedings for submitting a reference cannot therefore be permitted (see para. 58). This obiter, however, is of questionable legal value and can hardly be used in national proceedings to challenge the Polish disciplinary regime. As time is of essence with regard to the Polish situation, the Court could have taken this opportunity to declare the disciplinary regime unlawful itself.

Finally, the judgment risks fuelling the rhetoric of the Polish government. Already in the aftermath of the judgment in A.K., the Polish Minister of Justice Zbigniew Ziobro spoke of “a very good decision” instrumentalising it in line with the governments agenda. Declaring the present case inadmissible might not only discourage many Polish judges to seek the help of Luxembourg but also lend itself to government propaganda.

Explore posts related to this:
Referral to the ECJ, judicial independence 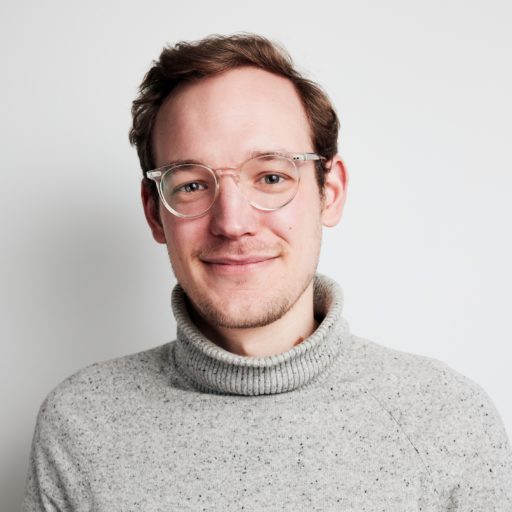 Explore posts related to this:
Referral to the ECJ, judicial independence