The outcome of the currently pending case ND and NT v. Spain before the Grand Chamber may determine the future course of the Court in other migration policy related cases. This particular case deals with Spain’s policy of ‘devoluciones en caliente’ or ‘hot returns’ in Melilla. These are immediate returns of foreign citizens who have been intercepted at the Spanish-Moroccan border area without even assessing these individuals’ identity. The public hearing before the Grand Chamber took place last fall and the pronouncement of the judgment is expected soon. The judgment could be yet another setback for the interpretation of the prohibition of collective expulsion, for push-back policies and, more broadly, for the minimum level of protection for migrants and refugees by the European Convention on Human Rights and its additional protocols. Thus, the ruling might be a further step in a development to cut minimum guarantees for migrants and asylum seekers – a development encouraged by pressure from certain governments.

One consequence of this pressure is the ECtHR’s reluctance to deal with migration issues at all. This development becomes visible in the fact that the ECtHR has recently for the first time in years issued a significantly smaller number of judgments on migration related issues (Caroni 2018: 382). One can argue that it was never the intention of the Convention to address issues of migration and refusal of entry in the first place. Nevertheless, the Court dealt in detail with such questions in recent years and interpreted the term ‘expulsion’ extensively, also with regard to the issue of non-admission (see for example: Hirsi Jamaa and Others v. Italy; N.D. and N.T. v. Spain (Chamber)).

A particularly significant testimony to the immense pressure the Court is facing when it comes to migration issues was the Draft Copenhagen Declaration, which was supposed to restrain the judges in asylum and migration cases. According to this, the Court should only be allowed to interfere ‘in the most exceptional circumstances’ where domestic procedures ‘are seen to operate fairly and with respect for human rights.’  This attempt to restrict the Court’s jurisdiction met severe criticism and was eventually rejected in the final version of the Copenhagen Declaration of April 2018.

This should be kept in mind when assessing a parallel and interrelated issue: The ECtHR’s incremental restriction of the interpretation of ‘collective expulsions’, in particular when it comes to the pressing issue of non-admission to a state’s territory.

The 2012 Hirsi Jamaa and Others v. Italy Grand Chamber judgment was praised by many as a landmark case that upholds migrants’ rights in push-back situations at sea. Here, Italy was found to have violated several guarantees codified in the Convention and additional protocols including the prohibition of collective expulsion. The prominence of this judgment mainly stems from the finding that the Convention was indeed applicable even though the interception had occurred at sea outside Italian territory, since the state had “the continuous and exclusive de jure and de facto control” over the persons on board (para. 81). Furthermore, the case also provided a more detailed understanding of the scope of protection of the prohibition of collective expulsion as enshrined in Art. 4 Prot. 4.

In a nutshell, the purpose of the prohibition is to “prevent States from being able to remove a certain number of aliens without examining their personal circumstances and, consequently, without enabling them to put forward their arguments against the measure taken by the relevant authority” (Hirsi Jamaa and Others v. Italy [GC], para. 177). Here, the Grand Chamber also interpreted in great detail the term ‘expulsion’ and its extraterritorial applicability and therewith set the basis for the inclusion of non-admission scenarios into the scope of application of the prohibition. Relying on an interpretation in accordance with Arts. 31-33 Vienna Convention on the law of treaties, the Court defined the term in its generic meaning and current use as “to drive away from a place”. It further held that “the wording of Article 4 of Protocol No. 4 does not in itself pose an obstacle to its extraterritorial application.” (Hirsi Jamaa v. Italy [GC], para. 173).

Despite its wide praise and acknowledgement, Hirsi was not the starting point to a happily-ever-after scenario for the protection of migrants’ and asylum seekers’ rights against arbitrary expulsions and mistreatments at state’s borders. States have turned to new patterns of migration policy based on externalization, fortification and deterrence such as pull-backs to Libya or by declaring areas ‘extraterritorial’ and ‘rights-free’ (as Spain has done in the ND and NT case).

Yet, the Court has gradually built a framework of minimum (procedural) guarantees through extensive interpretation of the given provisions in line with its “living instrument” approach and its maxim of interpreting the Convention in a way “which renders the guarantees practical and effective and not theoretical and illusory” (Hirsi Jamaa and Others [GC], para. 175). However, this incremental judicial approach has reached a turning point and could soon be changed into its opposite. This development of ‘reversed incrementalism’ manifests itself in a gradual reduction of the previously established standard of protection for migrants and asylum seekers.

One significant step in this regard was the announcement of the Grand Chamber judgment in Khlaifia and Others v. Italy of December 2016. Here, the Court stipulated for the first time that the authorities do not have to conduct personal interviews before collectively expelling a group of foreigners in all circumstances to satisfy Art. 4 Prot. 4 (Khlaifia and Others v. Italy [GC], para. 248). The Court may also have shifted the burden of proof on whether each individual had the possibility to bring forward her/his claim against their expulsion away from the state to the respective applicant (for more details see Partly Dissenting Opinion of Judge Serghides to Khlaifia and Others v. Italy [Grand Chamber], 105). In retrospect, this Grand Chamber decision may be seen as the harbinger, as evidence for a changed approach of the ECtHR when it comes to the protection of migrants’ and asylum seekers’ rights at a member state’s border.

In 2017, the Chamber of the Court once again had to assess an accused violation of the prohibition of collective expulsion in ND and NT v. Spain. It found inter alia a violation of this prohibition and importantly made clear that member states cannot hide behind a method of declaring a certain border area extraterritorial to circumvent jurisdiction in the sense of Art. 1 ECHR. The case was referred to the Grand Chamber in 2018. The questions posed by certain judges in the following public hearing could be read as an indicator for an upcoming restriction of the interpretation of ‘expulsion’ in Art. 4 Prot. 4 when it comes to non-admission situations. For example, Judge Linos-Alexandre Sicilianos (from 1:49:23 on), referring to the International Law Commission’s Draft articles on the expulsion of aliens, pointed out that these draft articles do not define ‘expulsion’ as encompassing non-admission scenarios of foreigners and that the prohibition of collective expulsion generally has a very limited scope. Even though the judge did not expressly take sides here, it is paradigmatic for a seemingly accepted narrow interpretation of the term ‘expulsion’ amongst some judges of the Court.

An even clearer example in this regard is the dissenting opinion of the three judges Ravarani, Bošnjak and Paczolay in the M.A. v. Lithuania judgment. The case dealt with the non-admission of several Russian applicants to Lithuania where they wanted to apply for asylum. Even though a violation of Art. 4 Prot. 4 was not alleged by the claimants, the prohibition of collective expulsion nevertheless played a crucial role in the separate opinions of the judges. They made several general statements in which they did not conceal their narrow understanding of the scope of protection of Art. 4 Prot. 4: “The Convention system makes a clear distinction between expulsion and the right to enter a territory […] The distinction between “expulsion” on one hand and “refusal of entry” or “non-admission” on the other is also well-grounded in international law, according to which the term “expulsion” applies only to aliens present on a territory of or inside a returning State” (M.A. and Others v. Lithuania, 53). Since Judge Bošnjak is also part of the Grand Chamber in ND and NT v. Spain, this dissenting opinion carries particular weight for the current interpretation of ‘expulsion’ in the upcoming Grand Chamber decision.

Besides these judges’ dissenting opinion, also judge Pinto de Albuquerque in his concurring opinion made a very extensive obiter dictum to stress his point of view on this debate. He responded in particular to the burning question of the relevance of non-admission, in particular with regard to Art. 4 Prot. 4, the pressure and attacks of certain governments on the Court of Justice and the possible consequences of limiting the scope of the prohibition of collective expulsion. He stressed that given “the present adverse political climate in respect of asylum seekers and migrants in general and towards African migrants arriving in Europe in particular, and of the attendant mounting pressure on the Court on the part of some Governments, the Court’s firmness in the Melilla case must be emphasized” (at para. 16 dissenting opinion).

The ECtHR as ‘island of hope’?

I personally cannot underscore this conclusion enough. The ECtHR’s firmness on the extensive interpretation of the term ‘expulsion’ when it comes to the question of non-admission and policies of ‘hot return’ will impact immensely the level of protection granted to migrants and asylum seekers at a member state’s border and beyond. The upcoming decision will show if the ECtHR still deserves its titles as ‘guarantor’ of the Convention and ‘island of hope in stormy times’ or whether this island is drowning under the pressure of some of its Member States.

DOWNLOAD PDF
LICENSED UNDER CC BY NC ND
SUGGESTED CITATION  Riemer, Lena: The ECtHR as a drowning ‘Island of Hope’?’ Its impending reversal of the interpretation of collective expulsion is a warning signal, VerfBlog, 2019/2/19, https://verfassungsblog.de/the-ecthr-as-a-drowning-island-of-hope-its-impending-reversal-of-the-interpretation-of-collective-expulsion-is-a-warning-signal/, DOI: 10.17176/20190324-210718-0. 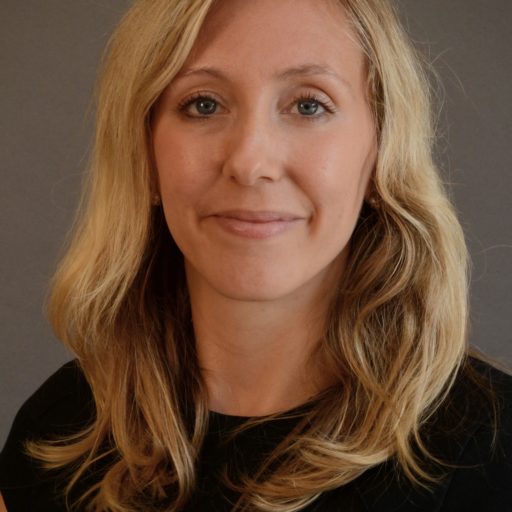 Lena Riemer Lena Riemer is a Visting Researcher at the German Institute for International and Security Affairs (SWP) in Brussels, Belgium. She holds an LL.M. from Yale Law School and Ph.D. in international law from the Freie Universität Berlin.