The EU and its ‘Exes’

In September 2021, MEPs voted in favour of a new EU Ethics body to oversee movements of personnel between the public and the private sector and proposed an interinstitutional agreement to this end. Replacing the current Independent Ethical Committee, the new body would be responsible for proposing and advising Commissioners, MEPs and staff of the institutions on ethics rules. The new Ethics Body, however, is not the regulatory unicorn many are hoping for. The gaps and ineffectiveness of EU policies to address revolving door moves stem from a limited understanding of the issue, which in turn is a result of lack of research and interest. The EU cannot devise better policies unless more is known about the phenomenon.

Tackling the revolving doors in the EU

But the revolving door also encompasses movements from the private to the public sector. Here again, these movements can happen for various reasons: a nomination to a political position, success at the European Personnel Selection Office (EPSO) competition, recruitment as a temporary agent, or returning to the EU administration after a leave on personal grounds.

The revolving door is not a new phenomenon. However, we suggest that certain trends in EU administration – the managerialisation of human resources, long-term contractual positions, the increased proximity to the regulated parties, and a possibility to be on leave on personal grounds for up to 12 years – have intensified the swinging of governmental turnstiles.

In the last few years, the European Ombudsman Emily O’Reilly, in charge of promoting good administration in the EU, has made repeated calls for a better regulation of the revolving door phenomenon. In February 2021, she launched an inquiry into the management of revolving door moves in the European Commission. On 19 October 2021, she sent a letter to the President of the Commission, Ursula von der Leyen, requesting a meeting, mentioning in particular the case of Directorate-General (DG) for Competition Policy where there have been ‘very significant and high-profile cases [of the revolving door] in recent years’.

The EU has not sat idle to watch ‘revolvers’ go through the door. A host of policy measures aiming to regulate these movements have been adopted at the European level. These measures include general transparency policies, conflict of interest rules, and the creation of an Independent Ethical Committee. The resulting patchwork of regulation does not convince. Below we focus specifically on the Independent Ethical Committee. By elaborating on its mandate and activities, we show what it is that afflicts the EU’s efforts to regulate revolving door moves and why the new Ethics Body is not the perfect fix.

To avoid conflicts of interest in the case of revolving door moves, the Commission established, in 2003, the Ad Hoc Ethical Committee. The role of the three-member committee is to advise the Commission on whether the planned professional activities of Commissioners after leaving office are compatible with the Treaties. Appointment as a member requires independence, an impeccable record of professional behaviour, and sound knowledge of the legal framework and working methods of the Commission.

In 2013, only after a decade, the Committee was mired in controversy. Michel Petite, a former adviser of three Commission Presidents, resigned from his position as chairperson of the Ethical Committee after a campaign led by transparency NGOs. Petite headed the Commission’s Legal Services until 2008 after which he moved to Clifford Chance. At Clifford Chance, he specialises in competition law and advises several clients, including a tobacco company. These client-related activities were soon seen as a source of a potential conflict of interest, which led to Petite’s resignation and renaming the Committee as the Independent Ethical Committee. It is currently headed by a former ECJ justice, Allan Rosas.

This misstep aside, the Committee is little-known or understood by those not inside the EU bubble. This invisibility is associated with its limited ability to ensure that no conflicts of interest occur in revolving door moves. First, while the Commission must consider the Committee’s opinions to approve the new occupations, formally these opinions are only advisory, and the Commission can depart from them.

The second aspect that weakens the Committee’s impact is that the scrutiny period is limited to two years. According to Article 11 of the Code of Conduct, ex-Commissioners shall inform the Commission of their intention to engage in a professional activity during a period of two years after they have ceased to hold office. Controversies that surround post-employment activities of former Competition Commissioners Neelie Kroes, Karel van Miert and Mario Monti suggest that the scrutiny period may be too short, which is then reflected as an institutional weakness on the part of the Committee.

But perhaps most critically for the powers of the Committee, and the issue that has received little attention so far, is that the Committee is only competent for people who have had a mandate as Commissioner. Academic research on revolving doors as well as NGOs initiatives, such as RevolvingDoor Watch, are similarly focusing mainly on Commissioners or Directors-General and other high-ranking officials. However, masses of lower officials move from the public to the private sector and back again, and this lower-level mobility mostly remains outside the regulatory radar and public attention.

Lower-level mobility in action: the case of EU competition policy

Data on lower-level mobility is difficult to gather but a study conducted in 2016-2019 by Lola Avril shows that 17 percent of competition lawyers in Brussels law firms have served in EU institutions as permanent or contract staff. The majority (68 percent) of these former officials or temporary agents have held the rank of administrator or contractor in the EU institutions (grades 5 to 12 of the Staff regulations). They were, for example, case handlers at DG Competition, in charge of implementing EU policies, analysing cases, drafting Commission decisions or preparing negotiations with companies. This inside experience is incredibly valuable to law firms recruiting ex-officials.

The door revolves quickly at the European Commission. Although some senior officials leave public service at the end of their careers, the majority switch to the private sector much earlier, only a few years after entry: 75 percent of the revolvers stay in a public institution less than five years. This is explained by the intensified use of temporary contractual positions in EU administration, and even more in DG Competition, where temporary agents now represent 21 percent (179 agents out of 849), a much higher proportion than the EU average (5.7 percent) according to European Commission data.

This lower-level mobility falls only partly within the scope of EU policies. Article 16 of the Staff Regulations establishes a control of the appointing authority over new activities of former officials. The Commission has the power to ‘forbid’ the official from accepting a new employment or ‘give its approval subject to any conditions it thinks fit’. Furthermore, former officials should not engage in lobbying or advocacy vis-à-vis their former institution. In this latter respect, Article 16(3) is written in a conflicting manner. It says that the Commission ‘shall, in principle, prohibit’, with the terms ‘shall’ and ‘in principle’ cancelling each other out. In addition, this prohibition only applies to senior positions and is applicable to a period of 12 months after leaving service.

Looking at the report of the Commission’s decisions for 2019, we see other gaps in the implementation of the Article 16 control. First, the Commission only publishes decisions for activities which could potentially give rise to lobbying or advocacy work without explaining the criteria used to define this condition. Out of 50 activities declared by departing officials, only four decisions were published for 2019. Second, the Commission does not seem to exercise the powers vested in it to slow down or stop altogether the turning of the revolving door. In all four published decisions, it imposed some conditions on the former officials but approved the new occupation.

Law firms as a grey area

The final point which is particularly problematic regarding both former Commissioners and officials and temporary agents from DG Competition is their recruitment by law firms. The crucial role of law firms in the revolving door movements in France has recently been documented by France and Vauchez.

In the EU, our preliminary analysis of the opinions of the Committee shows that it has voiced particular concerns about ex-Commissioners’ moves to law firms. The Committee highlights that being employed as a lawyer seems to open up possibilities to lobby the Commission while appearing not to be doing so and merely acting as a lawyer. In its opinion dated 18 December 2020, the Committee evaluated Commissioner Oettinger’s occupational status as a lawyer in the following way (paras. 30 and 31):

…the Committee considers that offering, and performing such [lobbying and interest representation] activities towards the Commission via an activity as lawyer would not be compatible with the principle of integrity established by Article 245 TFEU and the need to preserve public trust in the Commission. Members of the Commission are well-known personalities and public persons associated with a wide range of EU policies and issues. The Committee considers therefore that former Commissioner Oettinger and any other former Member of the Commission who intends to offer services as a lawyer should not offer lobbying services or interest representation towards the Commission on any matter for a period of two years after ceasing to hold office.

This ambiguity about lawyers’ activities is also reinforced by Article 4 of the Interinstitutional Agreement on a mandatory transparency register which excludes from its scope the provision of legal advice in certain situations. While the distinction between legal advice and lobbying may be clear at the level of rules, in practice the boundary is blurred. This makes the attractiveness of law firms as a destination for departing officials even more worrisome. We suspect that there are reasons to be concerned about the importance of law firms in facilitating mobility flows between the public and private sectors in relation to both former Commissioners and lower-level officials, but in the absence of solid data, we are poking around in the dark.

As much as we would welcome the new Ethics Body, we remain cautious as to its redeeming impact. The new body will not resolve the fundamental question of what the optimal relationship between government and the private sector is allowing for the infusion of expertise while at the same time minimising the risk of inappropriate conduct.

We need both academic research and public discussion based on the findings of the research. The current research on revolving door movements relies heavily on the work of the Corporate European Observatory, ALTER-EU and other ’cause entrepreneurs’. Although their input is valuable, academic research is also needed to systematically chart and analyse the phenomenon.

A renewed research interest in this area would help identify gaps and grey zones in EU policies and assist in grasping the institutional and professional logics behind revolving doors. It would also provide insights into the type of knowledge valued in the European regulatory space (within and outside EU institutions) and allow us to reflect on the evolution of the public/private border in this space.

And while there is a lot of work to do on the EU, an equally daunting amount of work awaits at the Member State level. Member States have their own ‘exes’ to manage. What is worrying and further emphasises the importance of the research is that in many Member States, the pressing rule of law problems intertwine with the revolving doors and broader conflicts of interest issues.

Together Avril and Korkea-aho are presently conducting a study on the revolving doors in the context of competition law and policy in the European Commission. 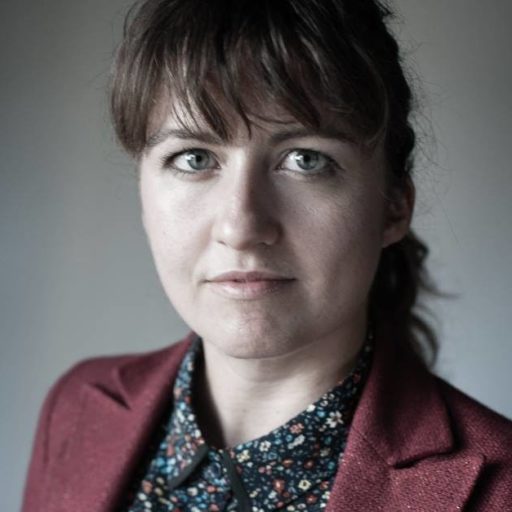 Lola Avril Lola Avril is Research Associate at the Academy of European Law of the European University Institute in Florence, Italy.

Emilia Korkea-aho Emilia Korkea-aho is Professor of EU Law and Legislative Studies at University of Eastern Finland (UEF) Law School, Finland. She heads an Academy of Finland Research Project on the revolving door and its regulation in Finland, France and Slovenia (REVOLVE, 2021-2025).