The European Ombudsman as an Insurmountable Roadblock?

On 17 September 2019, the European Ombudsman adopted a decision rejecting a complaint against the European Parliament submitted by The Good Lobby, an NGO “committed to giving voice to under-represented public interests and bringing more citizens into the public policy process”. The action was supported by Alberto Alemanno, also co-founder and director of the NGO, and Laurent Pech. In their post of last May 2019 they already described in detail their dealings with the Authority of European political parties and European political foundations (hereinafter the Authority) and with the President of Parliament. The subsequent stages and the Ombudsman’s take reveal the wider consequences of this process and some silver linings.

A new right for European citizens

To refresh our memories: a new right was created for European citizens under Article 10(3) of Regulation 1141/2014 on the statute and funding of European political parties and European political foundations, as amended by Regulation 2018/673, and Rule 223a of the Rules of procedures of the Parliament (now Rule 235 of the Rules of this legislature). It ensures that a group of at least 50 citizens may submit a reasoned request inviting Parliament to lodge a request with the Authority for verification as to whether a registered European political party still complies with the values on which the EU was founded, as expressed in Article 2 TEU. A fuller analysis of this new instrument can be found here.

Aiming to make use of this new right, The Good Lobby, in September 2018, requested the President of Parliament to verify continuing compliance of two different parties with Article 2 TEU values , the European People’s Party, that has among its members the Hungarian party Fidesz, led by Orbán, and the Alliance of Conservatives and Reformists in Europe which includes the Polish party Law and Justice (PiS), led by Kaczyński. Fidesz and PiS, by the Parliament’s own political measure as evidenced by countless resolutions (e.g. here and here), are considered “champions” of two political regimes that have systematically undermined the values on which European constitutionalism is founded. Instead, they have established an autocratic conception of political power, free from any legal constraint in which checks and balances such as the independence of judiciaries are strongly weakened or removed.

The Good Lobby’s strategy was elegant in its straightforwardness: why not invite Parliament to confront the logical consequences of the consistent stance of its own majority?

A right which cannot be excercised?

It proved not so simple. For many months, before the entry into force of Rule 223a in March 2019, Parliament President Tajani and his office refused to process the requests on the argument that Parliament had yet to amend its Rules of Procedure. This fact was a culpable delay by Parliament, compared to the need to quickly implement an instrument that “deepens the democratic nature of the EU, by allowing citizens to participate more closely and intensely in a procedure aimed at ensuring that the core values of the EU are respected” (see point 20 of the decision).

After the entry into force of Rule 223a, the key issue between the complainant and the President of Parliament was how to identify each individual citizen who supports such a request. The “insurmountable wall” between the two parts were the signatures of the persons supporting the requests. The forms, for which no template existed and which the complainant sent to Parliament were not signed. In light of the absolute silence of Rule 223a, the complainant emphasized that the President of Parliament had never defined the meaning of the required signatures or the notion of a “valid signature” itself. On the deadline, set by Parliament for 16th May 2019, the signatures were not submitted. As a consequence, the requests were deemed inadmissible because The Good Lobby had not provided proof that its reasoned request was supported by the required minimum of 50 citizens established in Rule 223a.

On the argument that a right vis-à-vis Parliament which cannot be exercised, or at least not exercised in a predictable and timely way, has a direct bearing on good administration by Parliament, The Good Lobby brought these facts to the European Ombudsman. The two formal complaints submitted concerned “whether Parliament was justified in requesting proof in the form of signatures” and “whether Parliament sufficiently explained how to prove that 50 citizens supported the requests for verification”. However, lurking behind these questions was the real issue: how to exercise the new right, which in the words of the Ombudsman “deepens the democratic nature of the EU” (see point 20 of the decision already mentioned). This new right introduced a procedure that could cause “serious consequences” for the party involved and in particular its removal from the register of European parties (see point 23 of the decision) if the allegation that a specific party no longer complies with core EU values is proven. For this reason, again in the words of the Ombudsman, “it is reasonable to interpret the Rules of Procedure as creating a requirement aimed at proving that the persons making such an allegation are real persons and that they are EU citizens”. Therefore requiring signatures would be a necessary condition for the validity of the request. This is what happens “in other areas where citizens are empowered to participate in EU democratic life”, such as the European citizens’ initiative.

This reasoning merits some criticism and reflections.

First, the argument advanced by the Ombudsman, frankly, seems excessive when it attributes harsh consequences for the life of the political party involved in the procedure to the seriousness of the allegation put forward by a group of citizens. Since when are the conditions for invoking a right somehow dependent on the consequences for those to which it is addressed? Who is the rights holder here? Moreover, the admissibility of the request is indeed only the first small step in a long procedure, in which many political influences can intervene to stop the procedure in the name of the “Realpolitik” of European Institutions. After all, Rule 223a states that it is necessary that a majority of the component members of the committee responsible, representing at least three political groups, submits a proposal to Parliament to follow up on the request. The Parliament in turn shall decide by a majority on whether or not to lodge a request to the Authority.

Second, even if invoking the right is only the first element of a broader procedure with an uncertain outcome, which could easily stall within Parliament at a later stage, it is arguably reasonable to read Rule 223a in such a way that it is necessary to somehow ascertain that the people taking the initiative “are real persons and are EU citizens” rather than robots. This should then be done, however, without complicating the procedure with requirements not explicitly and foreseeably established by European law. The key question, in particular, is to understand whether signatures are the only means to prove that the 57 persons who supported the initiative were real EU citizens.

In this context the argument advanced in point 25 of the decision, although perhaps not decisive, has some purpose: if it is true that Rule 223a does not explicitly require signatures of the citizens that support the request, the same Rule states “that a request cannot be launched or signed by a member of the European Parliament”. According to the Ombudsman, this wording implies “that a request should be signed by those persons who are entitled to make a request (that is, by citizens who are not members of the Parliament)”.

From a legal viewpoint, there are different ways to look at this line of reasoning. Rule 223a uses three different verbs: “to submit”, “to launch” and “to sign”, which could also indicate three different steps of procedure (launching, then signing, then submitting). This would suggest, although this is not stated explicitly, that both citizens and Parliamentarians would need to sign. On the other hand, the absence of full clarity of the text of the Rule also weakens the exercise of the new right granted to citizens. It would have been reasonable in that light, when good administration is the starting point, to take the position that exercising it would need to be as uncomplicated as possible, including because otherwise the onus is on the complainant and not the administration; with the serious consequence of allowing two political parties, which might have certain compliance issues with the values of the EU, to remain impervious to any kind of verification.

Clearly, the Ombudsman went for the first option, downplaying the implications of its interpretational choice. It underlined that “the requirement to provide signatures does not render it unreasonably difficult or practically impossible to make a request for verification”, as the number of 50 supporters “is relatively small”. Even though the requirement of the signatures lacked a clear legal basis, as the complainant stated, 50 signatures are nowhere near 5,000 or 50,000 signatures. It is probable however that this legal reasoning will give EU citizens an impetus to gather in the future as few signatures as possible, given the work this entails.

There are some arguments on the side of the Ombudsman, nevertheless. It is true that the complainant contested the absence of any clear information, on what was needed to satisfy the requirements developed by the President of Parliament about the form of the signatures. Reading the documents submitted by the complainant, however, despite a certain ambiguity from the President, appears to highlight an explicit request to sign the forms before the deadline of 16th May 2019. For this reason, the Ombudsman assessed that the instructions were clear, that “the Parliament was therefore justified in rejecting the complainant’s requests for verification as inadmissible”, and that “there was no maladministration by the Parliament”.

A Pyrrhic victory for Parliament

What to make of this outcome? Have the complainant’s reasons been completely defeated by the Ombudsman? Or is this actually a Pyrrhic victory for Parliament? The latter is more likely. Here is why.

In the final point of the decision there is probably an argument that will force the Parliament, in the future, to take the provisions of Regulation 1141/2014 even more seriously. “The right of EU citizens to request the verification of compliance with core EU values by a European political party is a very important democratic right”, the Ombudsman says. It is a right that, following a long and uncertain procedure, could lead the Parliament to lodge a request for verification of compliance of a specific political party with EU values. Parliament has the duty to encourage the exercise of this right and the way to do it is “to make available adequate information about how to make a request to verify the compliance of the European parties with core EU values”, the Ombudsman also outlines. In doing so it perhaps recognises implicitly that this information was not entirely adequate. This fair information requested for the further implementation of the Regulation 1141/2014 can be guaranteed in particular by highlighting a specific link on the Parliament home page which would explain the meaning of this new right, the importance of the respect for EU values by European parties, all the individual steps of the procedure to prompt the Parliament to lodge a request for verification and finally a template “and some clear guidelines to accompany the template”. All of this was requested in the complaint.

All of that is not such a bad outcome for a lost case. Perhaps even some silver lining for an (unexpected?), but not insurmountable, roadblock in ensuring that Parliament is held to the same EU values that it likes to project on other EU institutions and on Member States. 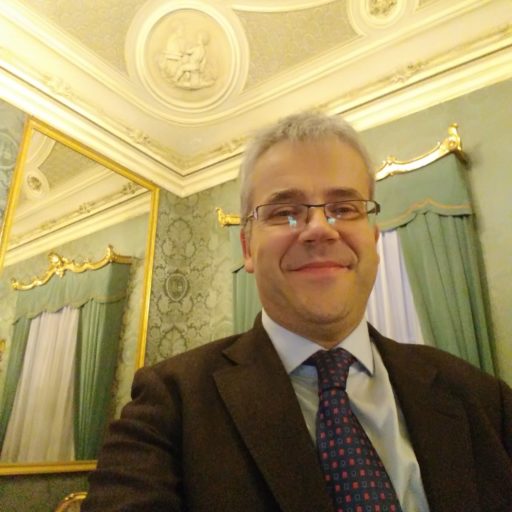 Giorgio Grasso Giorgio Grasso is an Associate Professor of Constitutional Law at the Department of Law, Economics and Culture at the University of Insubria (Italy).