The Fight Against COVID-19 in Argentina: Executive vs Legislative Branch

Argentina’s government has been adopting numerous and significant decisions in the face of the coronavirus (COVID-19) crisis. Probably the most relevant of these measures was the President’s early decision to establish a mandatory confinement for all inhabitants of the country. This decision was adopted on 19th March, 2020, through the emergency decree n. 297/2020. Together with this crucial measure, many other relevant decisions were adopted (most of them, again, through emergency decrees, as a state of emergency was not formally declared which we shall examine below). Some of the most significant were as follows:

On first examination, what Argentina’s government has been doing so far seems right: national authorities have promoted many and even radical measures for avoiding the spread of the virus, and have been doing this actively and without delay: these measures (and particularly those related to social distancing and mandatory confinement) have also been strictly enforced. As a result of this, most people in the country have been complying with the government’s orders, which have resulted in some important outcomes: the number of deaths and infected people are, at this time, much lower than expected. As of 30 April 2020, Argentina (with 44.5 million inhabitants) has confirmed 4,285 infected people and 214 deaths. Meanwhile, in Latin America, there have been around 100,000 infected people and more than 5,000 deaths, which for instance includes 38,654 infected and 2,462 deaths in Brazil (210 million inhabitants); Mexico (126 million) has 7,497 cases and 650 deaths; Peru counts 15,628 cases and 400 deaths; Chile (18,7 million) has 10,088 cases and 133 deaths; and Ecuador (17 million) has 9,468 cases and 474 deaths.

Now, why — in spite of the “promising” numbers offered by Argentina’s case — would someone have reasons to object to what the country’s government is doing? There are, in fact, numerous reasons to criticize the government’s response to the crisis, and all of them can be summarized in one fundamental cause, namely the lack of the required legal basis for action.

In truth, almost all the relevant decisions adopted by the Executive Branch were decisions that belonged to the Legislative Branch: Congress is the only authority legally authorized to adopt them. In other words, the Executive Power is not authorized to do what it has been doing so far. Unfortunately, by invoking a state of “emergency”, the President has been deciding everything, usually by himself and with a very small team of advisers. We are thus living, in fact, in a situation of “state of siege” – a “state of siege” that has not been declared, but whose presence seems difficult to deny.

The presence of this “state of siege” can be recognized by paying attention to three fundamental elements:

i) the concentration of powers in the hands of the Executive;

ii) the severe limitation of fundamental constitutional rights; and

iii) the militarization of the public space (the main streets and avenues show a remarkable presence of the coercive forces of the state, and a moderate circulation of the civilian population).

Why can this situation be described as one that goes “against the law”? First: Argentina’s National Constitution determines, in Articles 75.29 and 99, that Congress is in charge of declaring the “state of siege”. Also, it establishes, in Article 14, that the regulation/limitation of rights corresponds solely to Congress (in addition, and also in this respect, see Article 22.3 of the American Convention of Human Rights). Moreover, in Article 99.3 the Constitution determines that the President’s emergency powers do not allow him/her to intervene in areas related to the Criminal Law (which he has also been doing, through his emergency powers). All these constitutional requirements have been violated, even though most members of the political community tend to ignore or dismiss the importance of this fact.

While many other countries register similar pictures of limitations of rights and concentration of powers — I would underline — in most of those countries those limitations have been decided following pre-defined legal protocols. The main reason explaining the negative of the Executive to establish the “state of emergency” through the proper legal channel (Congress) relates to the “trauma” originated by the most recent declaration of a “state of siege”, during the government of President De la Rúa. In fact, President De la Rúa declared the “state of siege” on 19th December 2001, and thus launched the most dramatic contemporary political crisis in the country (a crisis that was followed by a long period of political instability and around 40 people killed by the repressive forces of the State). So — in my view — our recently elected President Alberto Fernández decided to avoid the return of that collective memory or “trauma”, and thus established an emergency without formally declaring it. Now, what is wrong with this picture? In other words, why would it be a problem not to declare and administer the emergency according to the law? The problems are numerous, and — given the limitation of space — I shall only mention a few of them.

First of all, it is a serious problem for a country that – as Carlos Nino put it – has frequently ignored the importance of acting according to the law, and lived at the “margins of law”, to insist on circumventing the law, particularly in circumstances of emergency. As Stephen Holmes writes (objecting to the use of emergency powers in cases of crisis), it is in these critical circumstances when it seems more (rather than less) necessary for political authorities “to tie their hands” to the mast of the law: we actually write down these laws of emergency in advance, precisely because we want to “minimize the risk of making fatal-but-avoidable mistakes” in extreme situations. The silence of the vast majority of members of the legal community in this respect (most of them have not denounced the “illegal” character of these restriction of rights etc.) is both alarming and condemnable.

If many of us insist on the importance of having inclusive collective deliberations at the time of defining our public policies, this is just because we recognize the value of listening to the voices of “all those potentially affected” (Jurgen Habermas). By contrast, the adoption of quick and drastic decisions by just a few public officers maximizes the chances of losing relevant information and ignoring the demands and criticisms coming from the most disadvantaged. Let me offer a simple illustration of what this “absence of relevant voices” may imply. The main medical advice offered by our political authorities, in the face of the COVID-19 crisis was — typically — “wash your hands regularly and stay at home”. Unfortunately, both these advices represent demands of impossible fulfillment in the context of profound social and economic inequalities. In fact, in a country like Argentina, millions of people face serious difficulties in accessing clean water and also live in overcrowded conditions (perhaps 5-10 people in the same room). In those situations, maybe the best medical advice would have been just the opposite of the one offered by State authorities, namely, “go out from your place and get some fresh air in a park”. The point is that the (class) bias expressed by that crucial and dominant medical advice reflects a serious lack of information.

The fact that only a few (Executive) authorities make all the relevant choices, without the decisive participation of all the other relevant public officers, not only increases the chances of making wrong (ill-informed) decisions, but also augments the possibility of abuse (i.e., acts of corruption, based on discretionary choices and diminished controls). For instance, in the last two weeks, we have gained knowledge about the fact that the State had bought thousands of medical equipment – and also food to be distributed to the popular sectors – at exorbitant prices (see here for example). Always, but particularly in situations of emergency (the emergency acts always as the “perfect excuse”), decisions by a few favor abuses of power, discretionary measures and corruption. Again: we need to challenge the assumption according to which an emergency requires/demands the prompt and energetic decisions of a few.

My final point would be that the government’s extra-legal approach to the crisis is particularly problematic, considering the country’s context and specific history. In my view, we should pay attention to our social and political history and context when facing “emergency situations” of the kind. I emphasize this point because I see that numerous people dismiss this risk and simply acquiesce the governments’ decisions assuming that “they” (our official authorities) “seem to be acting in the right direction” (and, I would add, they do not seem to be guided by the irrational impulses that seem to be guiding the decisions of other Presidents of the Americas). We should not forget that we have a long and tragic history of political abuses; military coups; emergency powers, particularly when we see that most powers are concentrated in the hands of the Executive; our fundamental constitutional rights are restricted; and the armed forces are over-present in the public space. I think that in the face of the country’s history we should be extremely alert. So far, and just as an illustration, we have seen numerous cases of abuses carried out by the police (which derive – I would suggest – from the extended formal and informal powers that were recently granted to the security forces). Moreover, and more significantly, the Minister of Security, Sabina Frederic has admitted (9th of April) that the forces under her control were developing tasks of internal security – such as “cyber-patrolling” the web – that were explicitly prohibited by a recent Law regulating “National Intelligence” (Law 25.520, Articles 4.2, 4.3). The Inter-American Commission of Human Rights has already expressed its concerns about this situation.

My final comment, related to this point, would then be the following: in the proximity of a social and economic crisis (a crisis that will be probably extended to most countries) we need our institutions to be particularly open and sensitive to the demands and criticisms “coming from below”. Unfortunately, I think that we are approaching the crisis in a very improper way, this is to say we are about to “receive” the crisis with limited constitutional rights and with the coercive and political powers concentrated in the hands of a few.

Other posts about this region:
Argentinien 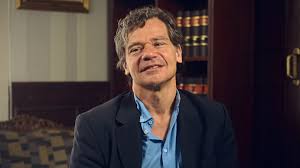 Other posts about this region:
Argentinien 1 comment Join the discussion
pixel_not_set
Go to Top