The following is a speech given at the 48th European Presidents’ Conference of Lawyers 2020 in Vienna.

In the late hot summer of 2033, in the home of a retired judge, a copy of a letter dated 21 February 2020 was lying on a desk. It was a father’s letter to his lawyer son. Here are its contents:

Yesterday we had a long, emotional conversation about things that happen in the place that is most precious to us. Most precious because with the view to history, the present and the future. Your future of and that of your children.

The letter is a recapitulation of the conversation. A recapitulation sine ira et studio, as you would expect of lawyers. The emotions it evokes, the lack of comprehension of and the disagreement with the destruction of the constitution, democracy, the rule of law and human rights are understandable. We are only human beings, being at the same time citizens and patriots. Residents of at least two countries – Hungary and Poland – which have started to race in a bad competition. Competition so bad that the winner turns out to be the biggest loser.

But let’s leave the emotions behind.

It started almost imperceptibly. The presidential and parliamentary elections won by the same political option were irreproachable. Their legality and legitimacy were not in question.

Simultaneously, the civil service was liquidated and replaced by party Nomenclatura. Public media were completely subordinated to political power.

The political authority then completely took over and subordinated the prosecutor’s office. Prosecution is not willing to see where the government cronies violate the law.

Parliament ceased to fulfil its constitutional role. The legislative process became a farce. The Parliament is only a mechanical voting machine. Speeches by opposition MPs are limited to 30 seconds. For a 40-second extension, the speaker of the chamber imposes a fine of 700 euros. The law is passed within a few hours, often at 5 a.m. and comes into force on the day of its promulgation. And – in Hungary – the constitutional amendments are adopted within 72 hours without any attempt to deliberation.

The aim of the changes – cynically called the “reform” of the justice system – is to subordinate judges and courts to political power. The Minister of Justice, who now is also the Prosecutor General, has the unlimited right to appoint and dismiss court presidents and other leaders of the courts.

You have counted and could not believe that the terms “disciplinary court”, “disciplinary proceedings” and “disciplinary officer” appeared 596 times in “The Supreme Court Act and amendments to other acts”. If there is a shotgun hanging on the wall in the first act of the drama, you know what will happen in the last act. Judges are threatened with disciplinary accountability – and it is already strictly applied – for the correct application of the law, for referring questions for a preliminary ruling to the ECJ, for defending fundamental principles of the constitutional order, for judgments that do not meet the expectations of the political authorities.

The hostile takeover of the constitutional system is almost completed.

We know from having seen events over the past years that the instruction to destroy the constitutional state is trivially simple, and trivially effective.

A state is being created about which an astonished Gustav Radbruch would probably say – statutory law and suprastatutory lawlessness.

The violation of the constitution is an expression of contempt for its axiology. Also, contempt for its axioms. The constitution ceases to be the basis and the limit of activity of the public authority. It becomes a false justification for the true abuse of power. Just as when the president, the speaker of parliament, the judges of the Disciplinary Chamber or the prosecutor’s office refuse to execute a final court sentence. Or when the constitutional court changes the law only to prevent the execution of a judgment that does not please the political authority, a constitutional provision ceases to be a norm. It becomes one of “many possible views”.

And you asked, how is that possible? How is it possible that lawyers are involved in the process of destroying the constitutional order?

These are the ones for whom Carl Schmitt and his “Dictatorship” is the inspiration and the guidance. And they leave the “Pure Theory of Law” and all of Hans Kelsen’s works on shelves full of dusty books.

You have the right to ask if someone can be called a lawyer if they are willing to accept the position of a judge in the Disciplinary Chamber of the Supreme Court knowing that he will be paid 40 % more than fellow judges in other chambers of the same court?

And you have the right not to shake their hand – in the name of the dignity of the legal profession (judge, lawyer, prosecutor). But above all, in the name of all the victims of the machine of injustice, whom the lawyers, precisely the lawyers, were unable to rescue.

The lawyer will not agree to any argumentative swindle, be it by substituting closely related meanings for permanently established content or by identifying concepts that are linguistically similar but different in substance. Or implemented in any other way. Because it is a form of lying. A lie which is a cynical means to an evil purpose. Favored by every populist authority. Illiberal regimes lie to citizens, often making them accomplices in their lies. But we know that “you can fool all the people some of the time, and some of the people all the time, but you cannot fool all the people all the time” (A. Lincoln).

But today, it is precisely judges who are being harassed, subjected to disciplinary proceedings, and subject to a campaign of slander likewise organized by people working in the Ministry of Justice. As a reward the slanderers are appointed judges of the Supreme Court. The slander campaign has been excellently orchestrated. But this is not the score by Verdi or Strauss and neither Arturo Toscanini nor Karl Bohm stand behind the podium.

And you’re right to say that the next target will be the advocates. For their stance in defending the fundamental values of the constitutional state. Dozens of advocates are involved – pro bono – in the defense of judges and prosecutors who are subject to disciplinary proceedings. The advocates have well-earned the government’s revenge. Then it will be scientists and people of culture, intellectuals, the genuine elite of the country. Some of them are already experiencing legal harassment. And the moment will come when there will be no one to defend.

You will have to rebuild your country’s reputation. As a lawyer, you will be treated with limited trust by others, foreign lawyers. But at least lawyers will give you a chance. Your foreign partners want to believe that what happened was an incident at work. An incident. Painful, incomprehensible, with dramatic consequences, but still an accident. You are not to blame for what happened, but you carry the burden of professional and moral responsibility. Take this chance, if you get it. You won’t get a second one.

Dear son, you asked what lessons we can draw from the constitutional reality that has emerged? I will limit myself to five that have a universal dimension.

Secondly, is the awareness that the beginning of a collapse may not be easily visible, seemingly justified by an accurate diagnosis of the need for change. Changes will always be called reforms. And yet, a reform presupposes objective knowledge and good intentions. Good faith is after all supposed to be an unquestionable assumption. What we know is a hint – look at the end, and above all look at the mechanism being created. Look with a cold eye. Don’t let yourself look with eyes wide shut. Your deficiencies in historical memory – after all, we have seen it all before and your deficiencies in imagination are not and will not be any excuse.

Thirdly, even the longest war ends some time. Conditions for a ceasefire and then a peace agreement arise. The war against the constitution will also end. And then the reconstruction of constitutional democracy will have to start. For the reconstruction of a constitutional state you cannot use methods appropriate for its destruction. The reconstruction must respect the principles of democracy and the rule of law. Restoration – we know this from history – is the opposite of revolution. The devil’s circle of revolutionary chaos must be sundered. The use of the methods of destroyers of democracy – so tempting for many – would in effect create a poisoned tree; it could not bear healthy fruits.

Fourthly, don’t leave people in need alone. A few weeks ago, we marched in a march of a thousand gowns. Also, to express our gratitude to the dozens of European lawyers who walked with us. The statement of The Bar Council of England and Wales is likewise important. Symbolism matters. Don’t leave the lawyers in need alone. This applies to your colleagues from the National Bar or the Judicial Association. To those who are persecuted, harassed, imprisoned. Also, abroad. Think of nearby Turkey, for example. And for whom the slightest sign of solidarity is often the thinnest, but the only, and the strongest, thread allowing them to survive of worst.

Finally, and the most important. A few weeks ago, you had tears in your eyes when we listened to the moving speech of one of the last living prisoners of Auschwitz, Marian Turski. Der letzte Häftling added a XIth commandment to the Decalog: “Thou shalt not be indifferent. Because if you are indifferent, Auschwitz can fall from the sky any day.” This is a Commandment addressed to each of us: “Thou shalt not be indifferent.” The ghost of an authoritarian state stands at the door of your home. It will not knock on the door. It will come in uninvited. And it will stay a long time.

That’s all for today. 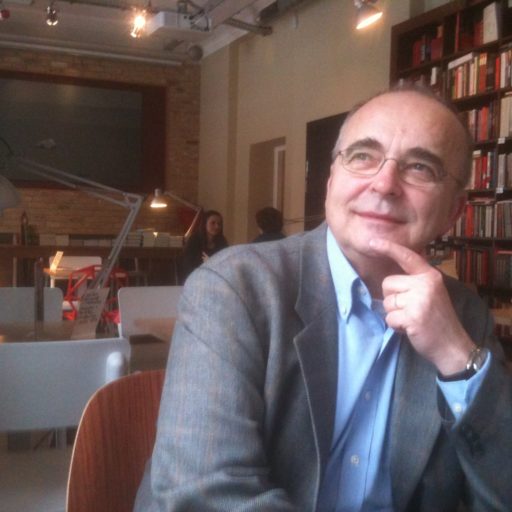 Other posts about this region:
Polen, Ungarn 2 comments Join the discussion
Go to Top