The Government Shutdown – Another Step towards the Constitutional Precipice

The current shutdown of the U.S. federal government is the longest in its history. It began on December 22, 2018, and at the time of writing (at 28 days), there is no end in sight1)At the time of this entry’s post, we await the outcome of two updates: House Democrats have increased their compromise package for border security by $1 billion; Trump has promised a “major announcement”.. It has now easily outlasted the previous record, of the Clinton vs. Republican-controlled Congress standoff of 1995 (21 days) over budgeting disagreements, as well as the Obama vs. Republican-controlled Senate standoff of 2013 (16 days) over the Patient Protection and Affordable Health Care Act. The two previous shutdowns under President Trump were minor, over immigration and budget caps (in January and February 2018, two days and a few hours, respectively). This one concerns Trumps vs. the Democrat-controlled House.

The two branches’ disagreement lies ostensibly with border security. President Trump has demanded at least $5 billion to pay for a concrete, sea-to-sea border wall with Mexico. Democrats have offered a compromise of $1.6 billion towards border security, which Trump has rejected. The Democratic Party sees the wall as a waste of money and immoral; many congressional representatives do not see border security as a priority, and even among those who do (including the sole Republican representative of a borderland state), preferred options include “smarter” ideas, such as tracking technology and drones. Certainly, the border “chaos” reported by Trump is not borne out by the facts, unless one records, as one Texas congressional representative did, the personal crises endured by would-be immigrants at the border, which would not be ended by a wall.

Yet the disagreement is, to some extent, beside the point; the constitutional implications are also pressing. There is an intricate backdrop of constitutional and broader public law that governs such shutdowns and the “funding gaps” that give rise to them. These “gaps” arise in one of two ways: either as a result of the Congress failing to pass legislation funding government operations and agencies, or as a result of the President’s veto, after Congress has passed such a bill. (The latter now applies to the present shutdown.) While many government programs (such as Social Security) are supported by annual appropriations acts, shutdowns affect those that rely on continuing appropriations. As I have written previously, such shutdowns are unique to the check-and-balances understanding of American presidentialism.2)Katharine G. Young, American Exceptionalism and Government Shutdowns: A Comparative Constitutional Reflection on the 2013 Lapse in Appropriations, 94 Boston University Law Review 991 (2014). They have a number of causes, including an obdurate Constitution which did not put its mind to political parties and to their polarization. Other laws include the Congressional Budget Act of 1974, which “impounds” funds absent prior congressional authorization, and the Antideficiency Act, the earliest version of which was enacted in 1870, and then 1884, but which was “rediscovered” in 1980. Two influential executive opinions from that time, by then-Attorney General Benjamin Civiletti, interpreted the Act as requiring a shutdown of all “non-essential” government functions unless new spending bills were passed. That history provides an interesting case study of legalism in the US, yet to be concluded.

Hence, the current shutdown is partial, and affects 800,000 federal workers, many of whom who have little savings to fall back on; they and the economy are feeling the pain, with a half a percentage point of growth already lost. And while federal workers have received some legislated support, including back pay guarantees, government contractors will not, risking their businesses and depressing the economy further. The wider and even more disturbing picture concerns other impacts: the long-term impact of shuttered government on basic government functions: how it collects data and advances science, monitors environmental and health hazards, dispenses nutrition programs for families needing assistance, collects and returns taxes, and attracts new hires. And in two weeks, funding for the federal courts may be in jeopardy.

The extensive duration of this partial shutdown is thus of great alarm. Of course, Americans are no stranger to government shutdowns: they have occurred, to lesser or greater duration and disruption, on 21 occasions since 1974. They are a predictable result of a backdrop of constitutional and public law easily manipulated by party polarization. And yet, the present government shutdown represents a new step forward to the precipice on which Trump is taking America’s constitutional democracy, which makes it distinctive for reasons not just of duration.

First, this shutdown occurs alongside major regressions in America’s constitutional democracy, as Trump continues to reject norms of mutual tolerance and restraint already in jeopardy prior to his appointment. The culture of congressional politics has long been “abysmal”, and is progressively worsening. But as Stephen Levitsky and Daniel Ziblatt have documented, Trump is a “serial norm-breaker”, who has little concern with small-c constitutional norms, as well as with the reciprocity and compromise required for government to work.3)Steven Levitsy and Daniel Ziblatt, How Democracies Die (Crown: United States, 2018). This means that the game-of-chicken that is always the basic premise of a government shutdown, in which the side that ends the shutdown is often the side that feels the greatest political heat, is already highly distorted. Trump has issued many falsehoods about the border chaos and the proclivities of federal workers, but alongside these is the more general absence, in Trump, of any sense that “lying is a disfavored behaviour”. Given that the narrative of who-is-to-blame for the shutdown is a critical piece for ending the manoeuvre (although recent polls report that the majority think that blame lies with the president), the present shutdown appears potentially endless.

Second, even if the shutdown may be thought to involve intransigent Democrats as well as an intransigent Trump, it is not symmetrical. As David Pozen and Joseph Fishkin have recently written,4)Joseph Fishkin & David Pozen, Asymmetric Constitutional Hardball, 118 Colum. L. Rev. 915 (2018) adapting a term first coined by Mark Tushnet,5)Mark Tushnet, Constitutional Hardball, 37 J. Marshall L. Rev. 523, 523 (2004) shutdowns are versions of “asymmetrical constitutional hardball” in which the costs to the Democrats and the costs to Republicans of “pushing the constitutional envelope” with respect to previous norms of fair play, are not equal. With their anti-tax, small government ideals, and the “originalist”, pre-New Deal constitutional philosophy, many Republicans have a greater willingness to incapacitate the government. This also makes a more enduring shutdown more likely. Indeed, the recent manoeuvres to allow more federal workers to function may ironically prolong the standoff, given that many sources of voter ire will be kept in check. (Democrats could, of course, back down, and hope for the political costs of an unpopular wall to do their work in the next election: Mark Graber draws on an 1832 veto involving Andrew Jackson and Nicholas Biddle to prove the plausibility of this option, which of course relies on voter sentiment, as well as electoral responsiveness in the first place.)

And finally, the shutdown of government is now bound up in a shrewd escalation by Trump of the constitutional stakes. Last week, he threated to declare a “national emergency” to fund his wall; the option has been tempered, but apparently not been discarded. While such a move would immediately end the shutdown, it would also threaten previously understood norms governing constitutional emergency. Such powers – exacerbated by the perils of presidentialism famously described by Juan Linz in relation to Latin America’s democratic breakdowns in the 1970s6)Juan J. Linz, The Perils of Presidentialism, 1 J. Democracy 51 (1990). For an analysis of prominent assessments of this danger (pre-Trump), by Ackerman, Posner and Vermeule, and Shane, see William E. Scheuerman, Review: Emergencies, Executive Power, and the Uncertain Future of US Presidential Democracy, 37 Law & Social Inquiry 743 (2012). – have been seen as off the table – or expressly repudiated – by US leaders. If they are invoked under the pretext of border control, they may threaten a constitutional crisis (as Bruce Ackerman has suggested, noting the federal crimes that are suggested by this unprecedented move) – or at the very least indicate a vastly imprudent reinterpretation of appropriations law (as John Fabien Witt has argued.)

Yet irrespective of whether Trump invokes an emergency power for his wall, each day of shutdown is a day in which some form of emergency is more likely to arise. A recent bestseller by Michael Lewis described the under-appreciated role of federal government in securing Americans from many under-acknowledged – and often catastrophic – risks.7)Michael Lewis, The Fifth Risk (W.W. Norton & Co, 2018). That book, The Fifth Risk, called attention to Trump’s deliberate or reckless non-staffing of government positions. Yet Lewis’ lessons about the casual necessity of the federal government, and the alarm we should feel at its incapacitation, apply tellingly to the government shutdown. Because of the legalistic separation of “essential” versus “non-essential” services, the shutdown is clearly skewed to impact these long-term, or hard-to-appreciate, concerns. A long-term shutdown will clearly cause crisis, somewhere. And an opportunist Trump, already warming to emergency powers, may seize on it. (By then, of course, that may not be the greatest of our worries).

These three aspects of the current shutdown – the norm regressions, polarization, and crisis stakes– all signal a ruthless quest for constitutional destabilization that goes beyond mere money or borders. Indeed, previous suggestions for averting shutdowns – budget defaults and other design options – would do little to alleviate the real exposures now in America’s constitutional system. The big precipice at present is not fiscal, but constitutional. It suggests a shuttering, not just of American government, but of American constitutional democracy itself.

Other posts about this region:
Deutschland, USA 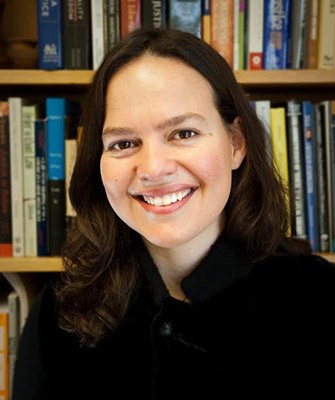 Other posts about this region:
Deutschland, USA 2 comments Join the discussion
to receive information about new articles and services of Verfassungsblog.de. I know that I may withdraw my consent at any time. More information in the privacy policy.
Verfassungsblog complies with the new GDPR.
Read about it in our Privacy Policy. I opt-out
permanently of anonymized tracking via Google Analytics on Verfasssungsblog.de. This will create a cookie on your device to save your decision.
Go to Top