In the course of its visits since 1993 and reports on Greece the European Committee for the Prevention of Torture (CPT) has recorded numerous cases of torture and other forms of ill-treatment. In its 2015 visit report on Greece, CPT noted that infliction of ill-treatment by law enforcement agents, particularly against foreign nationals, including for the purpose of obtaining confessions, continues to be a frequent practice. As noted in an earlier post, ill-treatment in Greece has in fact acquired an institutionalised form. For this, CPT considered essential for the Greek authorities to promote a “culture change where it is regarded as unprofessional to resort to ill-treatment”.

The latest report by CPT made also clear that one of the major reasons for this state of affairs is impunity due to lack of convictions. One of the major reasons for this is the problematic definition of torture in Greek law. This definition was introduced into the criminal code (Article 137A§2) in 1984 by Law 1500, although introduction of statutory legislation was prescribed already by Article 7§2 of the 1975 Greek Constitution. Torture is defined in Article 137A§2 primarily as the “planned” (μεθοδευμένη) infliction by a state official on a person of severe physical, and other similar forms of, pain. Under the established Greek case law and doctrine in order for the infliction of pain to be considered as “planned” it must be repeated and have a certain duration.

Domestic Greek law and practice on torture is clearly at variance with international human rights law standards. This was highlighted by the European Court of Human Rights (“the Strasbourg Court” or “the Court”) in 2012 in Zontul c. Grèce, a case concerning a Turkish asylum seeker who in 2001, while in detention on Crete was raped with a truncheon by a coast guard officer. The naval tribunals, both in first instance and on appeal, did not qualify the applicant’s rape with a truncheon as torture but as an affront to the victim’s sexual dignity, an offence that, under Article 137A§3 of the criminal code, is sanctioned with imprisonment of at least three years (while torture is a felony and punished with at least five years’ imprisonment). In Zontul the actual penalties that were finally imposed on the main perpetrator and his accomplice were six and five months’ imprisonment, which were suspended and commuted to fines. The Strasbourg Court found a violation of Article 3 (prohibition of torture) ECHR noting, inter alia, that a detainee’s rape by a state agent has been considered as torture in its own case law as well as by other international courts, such as the International Criminal Tribunal for the former Yugoslavia.

Indeed, the conditioning of torture upon the existence of a “planned” infliction of severe pain raises serious issues of compatibility of the Greek criminal law with international human rights law. Firstly, it finds no ground in ECHR and the Strasbourg Court’s case law. In 2010 in Gäfgen v. Germany, the Grand Chamber of the Court noted that in determining whether  ill-treatment can be classified as torture, consideration must be given to the distinction,  between this notion and that of inhuman or degrading treatment. The Court added that  it appears that it was the intention that ECHR should, through this distinction, attach a special stigma to deliberate inhuman treatment causing very serious and cruel suffering. Apart from the severity of the treatment, there is a purposive element to torture. To support this the Court noted, as primary treaty-reference, the 1984 Convention against Torture (CAT), where (Article 1) torture is defined in terms of the intentional infliction of severe pain or suffering with the aim, inter alia, of obtaining information, inflicting punishment or intimidating.

As noted by the Strasbourg Court in Zontul (para. 47) in fact the draft text of CAT provided the model for defining torture in Law 1500/1984 that introduced the definition of torture into the criminal code. In addition, Greece by Law 1782/1988 ratified CAT, without any substantive reservations to the text of that treaty. Actually Law 1782/1988 constitutes  a literal transposition into Greek law of CAT, including the definition of torture contained in Article 1 CAT. In view of the above it is hard to understand the deviation of the criminal code definition from international standards that appeared to guide the Greek law makers in 1984. The only logical explanation may be a wrong translation into Greek of the wording of Article 1 CAT.

In addition, the word “planned” is a vague term from a legal point of view that may ignite various interpretations. By its 2012 concluding observations, the UN Committee against Torture called on Greece to amend the torture definition in the criminal code so that it is “in strict conformity with and covers all the elements” provided for by Article 1 of the 1984 Convention against Torture and meets “the need for clarity and predictability in criminal law”.

The current wording of the Greek criminal code, and its application by the Greek courts, is clearly at variance with both CAT and ECHR and needs to be amended. Under Article 28§1 of the Greek Constitution, CAT and ECHR upon their ratification became an integral part of domestic law and prevail over any contrary provision of domestic law. As noted by A.A. Fatouros, when debating the above provision in 1975 in parliament, there was an overall agreement among the law makers that the Greek Constitution by Article 28§1 gives enhanced formal validity to both customary and conventional international law so that they prevail over both prior and subsequent statutory legislation. In fact the then Minister of Justice stated that the Greek government accepted the increased validity of treaties par excellence.

The execution by Greece of Zontul is still subject to supervision, under Article 46 ECHR, by the Council of Europe Committee of Ministers (CM), along with ten more cases (Makaratzis group of cases) against Greece concerning, inter alia, excessive use of force, ill-treatment by law enforcement officials and lack of effective investigations. The CM supervision has so far focused on the need for Greece to establish an effective administrative complaint mechanism for such cases. A mechanism provided for by Law 3938/2011 never became operational. Law 4443/2016, published on 9 December 2016, defined the Greek Ombudsman as the new national complaint mechanism covering all law enforcement and detention facility agents. The Ombudsman was given the competence for collecting, registering and investigating (also ex officio) individual complaints, and was accorded the power of issuing a report with non-binding recommendations addressed to the disciplinary bodies of the law enforcement authorities concerned.

Although this is a positive step, concern about the effectiveness of this new mechanism has been voiced by the Council of Europe Commissioner for Human Rights in a letter on the draft law which he addressed to the Greek government in July 2016. The primary reason for this concern is the non-binding force of the Ombudsman’s recommendations. However, even if the new complaint mechanism had been provided with stronger safeguards of effectiveness it would not have been in a position, on its own, to provide redress to  victims of torture without an amendment of the criminal code or a change of the established domestic case law.

As stressed by the Strasbourg Court (see e.g. Zontul; Gäfgen) in cases of a person’s ill-treatment while in detention, or wilful ill-treatment contrary to Article 3 ECHR, adequate means of remedy is the one provided by criminal law. In order for an investigation to be effective in practice the state should enact criminal law provisions penalising practices that are contrary to Article 3. The Court in Zontul made it clear that the current Greek criminal code and case law do not fulfil this vital requirement. The best solution and way forward would be an amendment of Article 137A§2 of the criminal code so that it is fully aligned with the standards contained in ECHR and CAT.

All views expressed in this post are strictly personal. 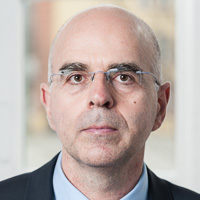 Other posts about this region:
Griechenland 1 comment Join the discussion
Go to Top