The Italian Budget Drama – Brussels and Rome on Collision Course

Last Tuesday, for the first time in the history of European integration, the European Commission rejected the draft budget plan (DBP) of one of its Member States. Naturally, this umpteenth brawl between Rome and Brussels should be seen in the right perspective. For the Commission, the recent events provided the perfect opportunity to reassert its authority as enforcer of the EU fiscal rulebook, the Stability and Growth Pact (SGP), and to inflict another serious blow to one of Europe’s most populist and rebellious governments. For the Salvinis, Di Maios and others, the budgetary episode constituted the ideal pretext to enter into yet another clash with Brussels’ established elites, polish their image as champions of national sovereignties, and up the ante in view of the upcoming European elections. But beyond this political fool’s play, the situation remains unprecedented, and deadly serious. It is moreover deeply symptomatic of the potential, limits and fundamental shortcomings of the current architecture of Eurozone fiscal governance.

Of course, everyone had seen this crisis coming from afar. Both the Movimento Cinque Stelle and the Lega had campaigned against EU austerity and the economic colonization of Italy by Brussels technocrats. From the day they took office in early June 2018, the prominent figures of the Conte government pledged to take the country out of the ‘German cage’ it had been kept locked in for so many years, and to put forward a ‘combat budget’, structured around a number of high-profile measures, such as the introduction of a citizenship income, the reduction of the retirement age or the generalization of a 15% flat tax on personal income. The financial markets reacted as expected, and Italian bond yields started soaring. Brussels was getting ready to pick up that fight.

The first blow however came from inside. As the Italian government was getting its DBP ready to be sent to Brussels, as mandated by Two-Pack Regulation No. 473/2013, the Parliamentary Budget Office, Italy’s independent fiscal institution, refused to endorse the macroeconomic forecasts and assumptions underlying the government’s DBP, pinpointing, among others, fanciful growth prospects. The executive was apparently not impressed, and on October 16, the Italian Economy and Finance Minister Giovanni Tria, formally submitted an unchanged plan, with a deficit target for 2019 set at 2.4% of GDP, and a projected fiscal expansion of close to 1% of GDP. In an exchange of letters (see for example here), Dombrovskis and Moscovici tried to talk some sense into Tria, but it was already clear that his bosses would not budge. On October 23, the Commission rendered its opinion on the Italian DBP for 2019: emphasizing a planned fiscal deviation of an ‘unprecedented nature’ in the history of the Stability and Growth Pact, it considered the DBP in serious non-compliance with Italian fiscal duties (as expressed in the country-specific recommendations it was addressed in July 2018) and requested the Conte government to submit a revised DBP.

Of course, what will happen next is difficult to anticipate. Not only are we in unchartered waters – it is the first time the Commission issues a negative opinion under Regulation No. 473/2013, but the Italian government seems lost, divided, and therefore more unpredictable than ever. Following Article 7 of Regulation No. 473/2013, Rome has maximum three weeks to submit another plan. From comments made by officials, it seems that the Italian government is not yet ready to give in. Quite ambivalently, it is also seeking to reassure the markets, by making clear that Italy’s Euro membership is not in the balance. In any case, an unchanged plan would oblige the Commission to issue a second negative opinion, and to quickly prepare a report under Article 126(3) TFEU, recommending the Council of Ministers to open an excessive deficit procedure against Italy (which it would, in view of the current climate, be very likely to do), with all that such a move would involve in terms of political pressures and potential sanctions. That would of course only happen if by then, financial markets have not succeeded where institutions failed: it may well be, to paraphrase Commissioner Oettinger, that the markets will teach Rome a lesson, and get its government in line.

The European Commission is in a difficult situation here. On the one hand, it seeks to remain open to dialogue and constructive with a national government it does not want to further antagonize. But on the other hand, did it reasonably have another choice? As Moscovici put it, this is not a ‘borderline case’: Italy’s violation of its budgetary commitments is clear, deliberate (proudly claimed even), and of an unprecedented magnitude. The figures speak for themselves: the DBP plans an increase of government expenditure of 2.7%, whereas the recommended maximum was set at 0.1%; it projects a structural deterioration of 0.8% of GDP, where the recommendations addressed to Italy in July prescribed a structural improvement of 0.6% of GDP (a 1.5 points gap!); the 2019 deficit is estimated at 2.4% of GDP, whereas the last Italian Stability Program foresaw a 0.8% target. There were no grounds for hesitation. Opining to the Italian DBP would have undeniably called the very existence of the SGP, and the ability of the Commission to act as its guardian, into question. Some have tried to argue that the Commission’s move was a strictly political one, and that it could have favored a much more lenient interpretation of the rules (as it has in many cases in the past), in line with the flexible approach it has been promoting since 2015. The argument is particularly misplaced when knowing that over the past three years, Italy has been by far the main beneficiary of this flexibility, and that the Commission has had to face mounting criticism for being too soft on Rome (on this very issue, see Juncker’s view here). It seems all the more illegitimate to blame the Commission that in the case of the SGP, it acts as the Member States’ agent, enforcing upon them rules they have collectively agreed to; rules that have a valid macroeconomic rationale – preventing one’s irresponsible fiscal behavior from spilling over the rest of the currency area (a risk which started materializing, as Spanish, Greek and Portuguese yields have sharply risen over the past few days).

This first negative opinion issued under Regulation No. 473/2013 suggests that the fiscal policy rules of the SGP are not mere paper cannons, and that the Commission is a fiscal watchdog that barks, and may even bite. Under the new fiscal governance system brought about by the crisis, it seems that Eurozone Member States will be more forcefully reminded their shared fiscal responsibilities and duties, and that overall compliance with collective rules will be improved. Such a conclusion is, to a certain extent, reassuring. But one should not overlook the other side of the Italian budget drama.

Electorates expect the political parties they bring to power to deliver on their promises. In that regard, some of the measures put forward by the Conte government do have merits. The proposed ‘basic income’ would address the issue of regional poverty and the shortcomings of the Italian welfare State. Some of the public investment programs designed by Tria may really contribute to boosting growth in the peninsula. The Italian case does therefore raise another existential question: in this post-crisis era, where fiscal discipline has been re-credibilized, and where the EU can efficiently pre-determine national fiscal policy choices, are national governments still really able to implement disruptive economic programs, and experiment other policies than those traditionally promoted by the Union technocracies? Does national economic and budgetary sovereignty still really mean something? And if not, is it not high time to endow the EU with the positive ability to democratically design an economic and fiscal policy of his own? 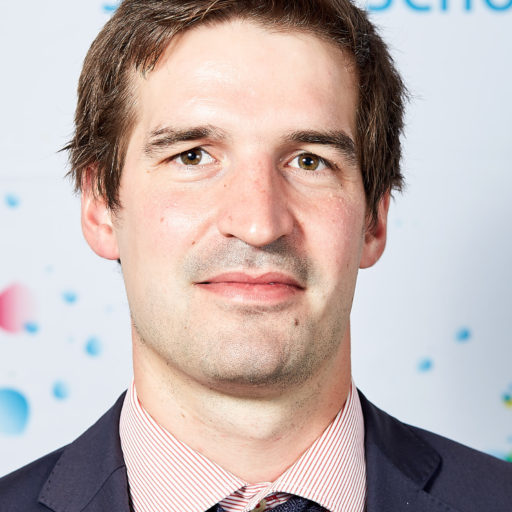 Other posts about this region:
Europa, Italien 2 comments Join the discussion
pixel_not_set
Go to Top