The Last Days of the Independent Supreme Court of Hungary?

Ordinary courts seem to have remained the last bulwark of individual freedom and the rule of law since the Fidesz government has successfully undermined other nominally democratic institutions, including the Constitutional Court. While the recently published EU Rule of law report discusses the problems of judicial independence in great detail, so far, ordinary courts have resisted political pressure relatively well, largely because of the ruling party’s failure to capture the professional leadership of the judiciary. Judicial independence is reflected in the notorious Gyöngyöspata case, in which the Supreme Court, despite the violent criticism voiced by high government officials while the case was still pending, granted pecuniary compensation to Roma students as victims of decade-long segregation (more details here). Various legislative changes by the government in recent years coupled with the upcoming election of the Supreme Court’s new Chief Justice, however, could be fatal to the independence of Hungary’s entire justice system.

The importance of capturing the Supreme Court

The Supreme Court is the last instance in civil, administrative and criminal cases, and therefore bears primary responsibility for the professional work and the quality of justice of the Hungarian judicial system. In addition, a recent legislative amendment adopted in late 2019 – hidden in an omnibus legislation prepared without any meaningful preliminary consultation with judges – has strengthened the role of the Supreme Court by introducing a sort of precedent system, labelled by the explanatory memorandum as a “limited precedent system”: it obliges lower court judges to follow the published decisions of the Supreme Court and to provide a written justification if their interpretation of the law differs from a previous decision delivered by the Supreme Court.

Since the Supreme Court can exert significant influence over the jurisprudence of Hungarian courts, the stakes are particularly high in the upcoming election of the new Chief Justice.

The Fidesz government has relentlessly tried to bring the Supreme Court to its knees and guarantee its political influence over the judges. Just to mention a few milestones:

(i) the early termination of the mandate of András Baka as Chief Justice of the Supreme Court in 2011 which constituted a violation of Articles 6 and 10 of the European Convention on Human Rights,

(ii) the abrupt lowering of the retirement age of judges in 2011 which was declared contrary to EU law by the CJEU. This measure resulted in the termination of the mandate of nearly one-third of the Supreme Court justices,

(iii) shifting the focus of constitutional review from the control of the political branches to the supervision of the judiciary, including the Supreme Court, by the introduction of the „Germany-type“ constitutional complaint in 2012. Even though this move was welcomed by legal scholars and practitioners, the new competence can pose a risk to judicial independence if the Constitutional Court is politically captured – as it is today the case in Hungary;

(iv) the various attempts to carry out an administrative judicial reform since 2016, including the plan to establish a separate Supreme Administrative Court, regarded as a major threat to judicial independence by scholars and NGOs.

No wonder that the attacks on the independence of the judiciary figures among the reasons why the European Parliament called upon the Council to determine, pursuant to Article 7(1) of the Treaty on European Union, the existence of a clear risk of a serious breach by Hungary of the values on which the Union is founded.

When the government decided to abandon the reform of the administrative court system at the end of October 2019, we all knew it was just the calm before the storm. And the storm sure arrived. Act CXXVII of 2019 was introduced as an omnibus legislation which amended several legislative acts in order to yield similar results as the original administrative court reform would have produced without setting up a separate administrative judicial system. (The key points of the legislation were summarized here.)

As part of the package, CC justices got entitled to be appointed as an ordinary judge without any application procedure even if they do not meet the otherwise applicable eligibility criteria. (NB in Hungary the CC has never been considered to be an integral part of the judiciary, it is a separate constitutional organ.) Given the fact that the current governing majority has unlimited control over the selection of CC justices, opening an escape route from the CC to the Supreme Court obviously served political purposes.

In 2019, the Parliament also amended the eligibility criteria for the Chief Justice of the Supreme Court. Beforehand, at least five years of judicial experience in the ordinary court system was required in order for someone to become president of Hungary’s top court. Due to the amendment, experience in international tribunals or the Constitutional Court as a judge or as a senior legal advisor must also be taken into account which has significantly extended the pool of possible candidates for the post.

On 3 July 2020, the President of the Republic appointed eight justices of the CC as ordinary judges, i.e. they got entitled to leave the CC and to take up a position in the judiciary when they please. Only two of them (Ágnes Czine and Ildikó Hörcherné Marosi) had served as ordinary court judges before their nomination to the CC. The other six justices (Imre Juhász, Balázs Schanda, Tamás Sulyok, Marcel Szabó, Péter Szalay and András Zs. Varga) have no relevant judicial experience because they had worked previously in other fields, i.e. they were attorneys, legal officers, university professors and so on.

On 5 October, the President of the Republic nominated András Zs. Varga to be the next Chief Justice of the Supreme Court who has become eligible to the post only as a result of the legislative changes enacted last year.

Between 2010 and 2013 Varga was one of the deputies of the Fidesz-appointed Chief Prosecutor, Péter Polt, who is often criticized for not investigating corruption-related cases in which the governing political elite is involved. In 2013, Péter Paczolay, the then president of the Constitutional Court was recalled from the Venice Commission by the Hungarian government on the grounds that he was no longer considered “trustworthy” and was replaced by Varga. One year later, Varga was elected to the Constitutional Court as part of the Fidesz government’s strategy to pack the court with loyalists or at least sufficiently deferential lawyers.

As justice of the Constitutional Court, he was writing for the majority in many decisions which upheld some of the most outrageous legal measures of the Fidesz government, such as (i) the recent amendment to the regulation of scaremongering which can potentially be abused to stifle legitimate criticism of the government and help to cover up inconvenient truths under a state of emergency – Decision no. 15/2020. (VII. 8.), (ii) the administrative judicial reform which was eventually abandoned by Fidesz in its original form, partly due to criticism by EU stakeholders – Decision no. 22/2019. (VII. 5.) and (iii) the criminalization of the “facilitation and support of illegal immigration” (also known as the “Stop Soros law”) for which the European Commission decided to refer Hungary to the Court of Justice – Decision no. 3/2019 (III. 7.), just to mention a few examples from the very recent past.

During the 2018 general elections, it was Varga who wrote the decision of the CC reviewing a Supreme Court judgment that had invalidated 4360 postal ballots. Although the CC found the constitutional complaint inadmissible for its lack of competence, it did not fail to suggest that the interpretation of the Supreme Court was arbitrary – Decision no. 3156/2018. (V. 11.). It is important to note that the decision of the Supreme Court adversely affected the electoral results of Fidesz, therefore the Prime Minister himself harshly criticized the top court’s judgment.

In addition, he supported those decisions of the CC – Decision no 22/2016. (XII. 5.) and 2/2019. (III. 5.) – which created a legal basis for not complying with EU legislation in certain circumstances by using, actually abusing, the concept of constitutional identity. What is more, he recently wrote a decision explicitly prohibiting ordinary judges from applying national legislation that conflicts with EU law in cases with no clear European element, and from referring to judgments of the CJEU to set aside national laws in cases that are not directly connected to the cited EU court’s decision. To arrive at the latter finding, the CC reviewed a decision of the Supreme Court that was not actually challenged in that case.

In the last few years Varga has published a book and several articles relativizing the importance of adhering to the rule of law as it is defined in the European legal area, justifying the Hungarian government’s illiberal understanding of this principle and visioning some sort of conspiracy of the EU and the CoE against Hungary: “The experience of the last years shows that international co-operation in protection of the universal concept of rule of law is more and more emphasised, and the international institutions, constitutional and supranational courts have strong positions even against legislations of the member states. These effects were facilitated by the TEU, the Venice Commission and by the linkage between the European Commission and the Venice Commission.” In 2020, when writing off the bench, he did not hesitate to defend the highly controversial law on the “limited precedent system” explained above and criticized the interim measure of the CJEU concerning the Disciplinary Chamber of the Polish Supreme Court.

There is no application procedure for filling the position of the Chief Justice, so the President of the Republic can nominate anyone who meets the eligibility criteria. However, the National Judicial Council (NJC), the central self-governing body of the Hungarian judiciary is entitled to give its opinion on the candidate for the post. Last week, as a surprisingly bold step, the overwhelming majority of the National Judicial Council – having a purely consultative role – rejected the nomination of Varga (in a 13-1 vote) after his hearing. The NJC noted: “The nomination of Dr. Zsolt András Varga was made possible by two recent legislative amendments which go against the constitutional requirement of placing someone at the top of the judiciary who meets the criterion of the appearance of independence from the other branches of power.” However, the consent of the National Judicial Council is not needed for the election of Varga by the parliament, and the members of the governing majority do not seem to have any incentive to disobey the whip.

The above described episode shows that the Hungarian authoritarian government will not rest until the entire court system is captured. Given the key role of the Supreme Court in the administration of justice, a political loyalist as the Chief Justice who has broad managerial powers can be fatal to the remaining independence of the top court, and also to the entire justice system. 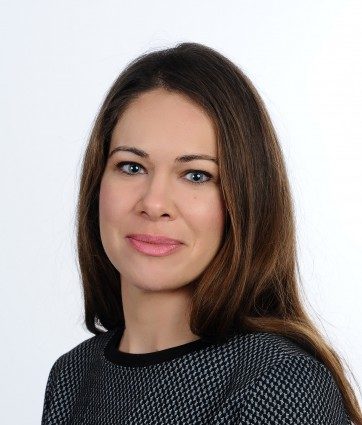 Ágnes Kovács Ágnes Kovács is a researcher at the Eötvös Károly Policy Institute, and teaches constitutional law at ELTE, Budapest.